The future could look quite slick.

It will be 20 years before Honda transforms into a fully electric brand, with the company planning to launch two EVs in the US by 2024. Neither will be an electrified Ridgeline, but if the company plans to electrify 40 percent of its lineup by 2030, including hydrogen fuel-cell, such a model is certainly coming. Concept artist Rene Garcia decided to predict what an electric Ridgeline could look like, creating a stunning reimagining of the pickup.

Garcia created a gargantuan series of unofficial renderings that show off a tough-looking pickup. The truck is very futuristic looking while maintaining an unmistakable resemblance to the current truck’s design. However, unlike some renderings, Garcia goes beyond designing the exterior, with renderings showing off the skateboard chassis and the futuristic interior in exquisite detail. The Ridgeline renderings show off a truck with a chunkier design while sporting a tougher, off-road-ready appearance. 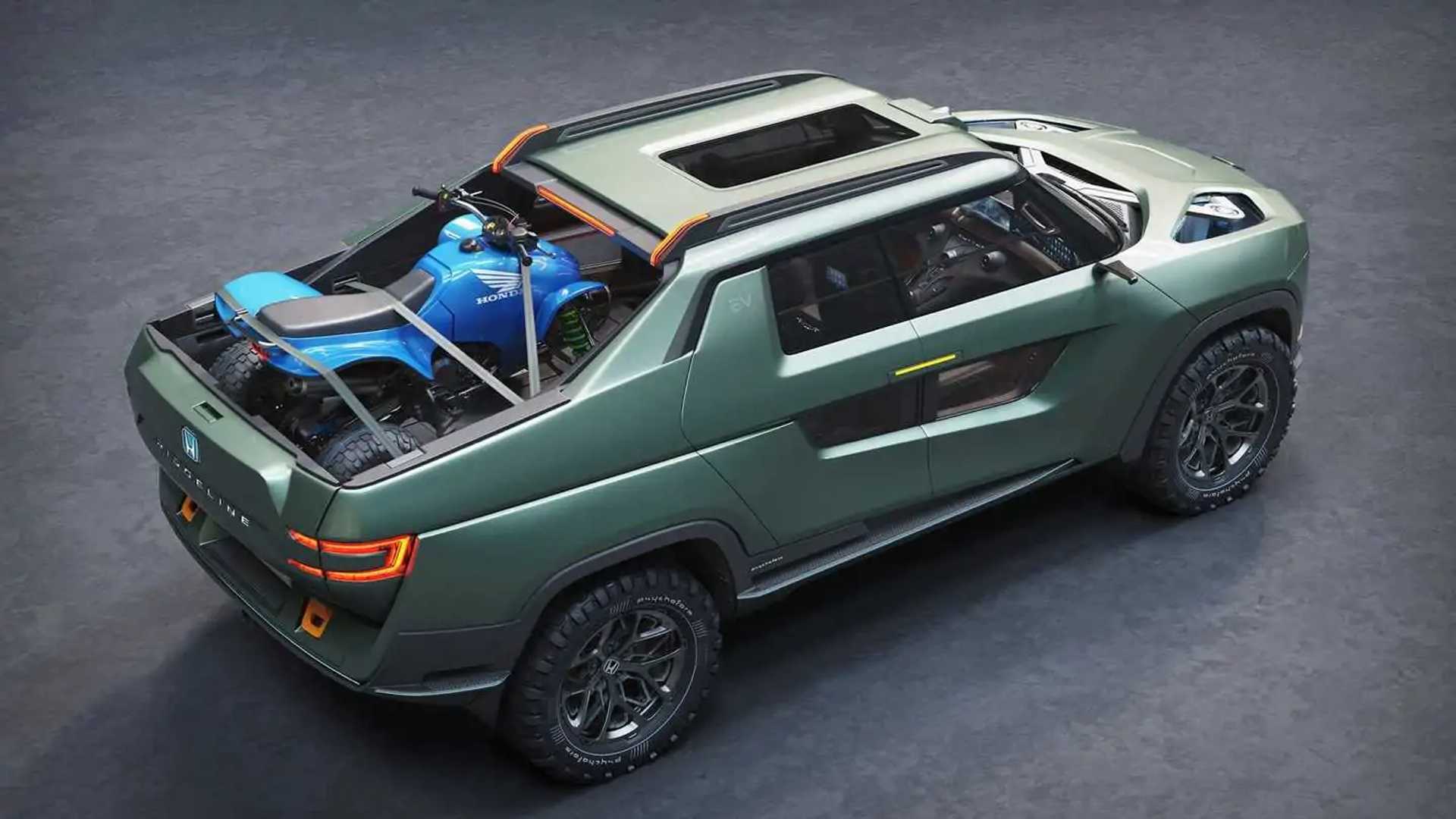 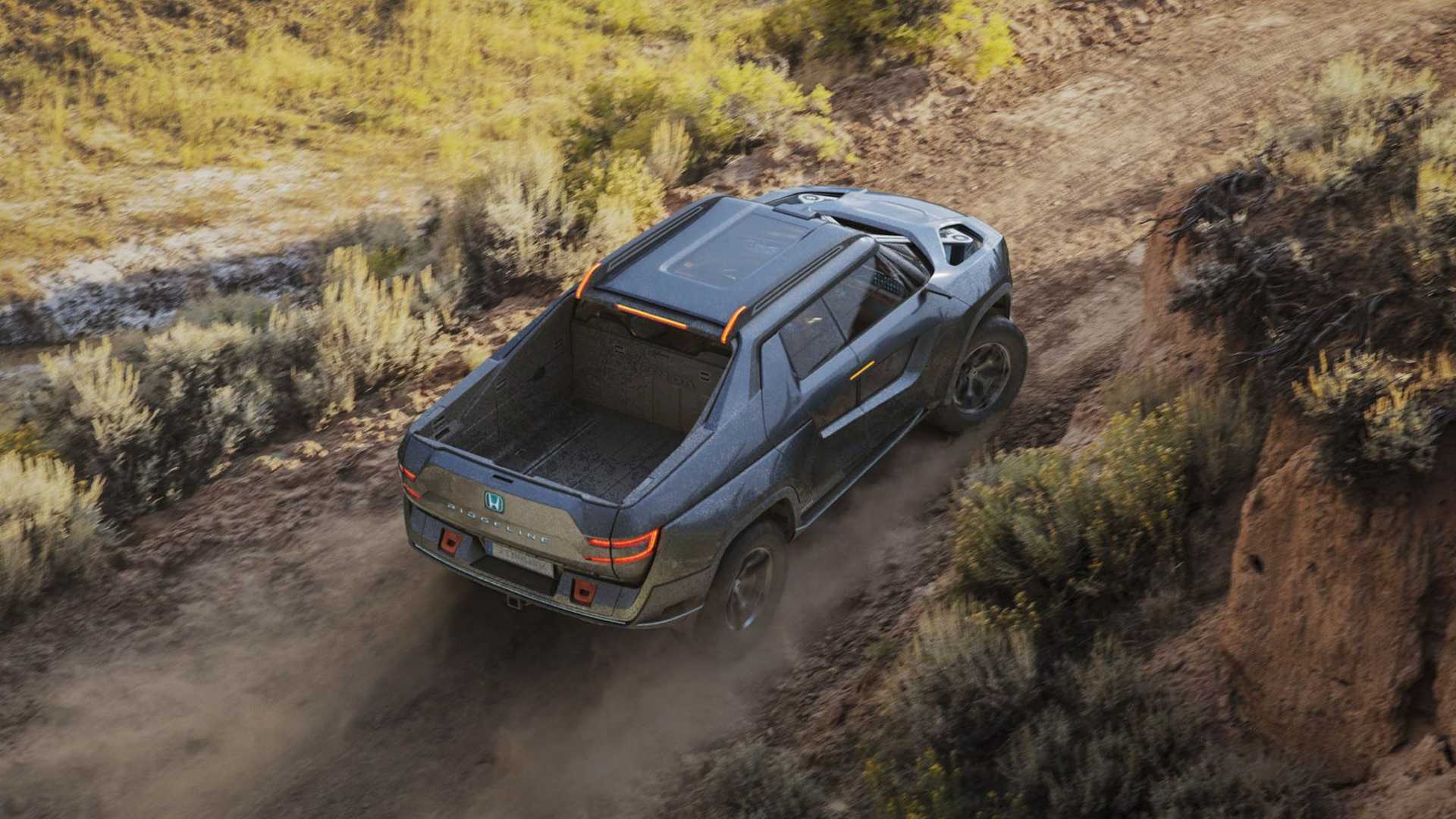 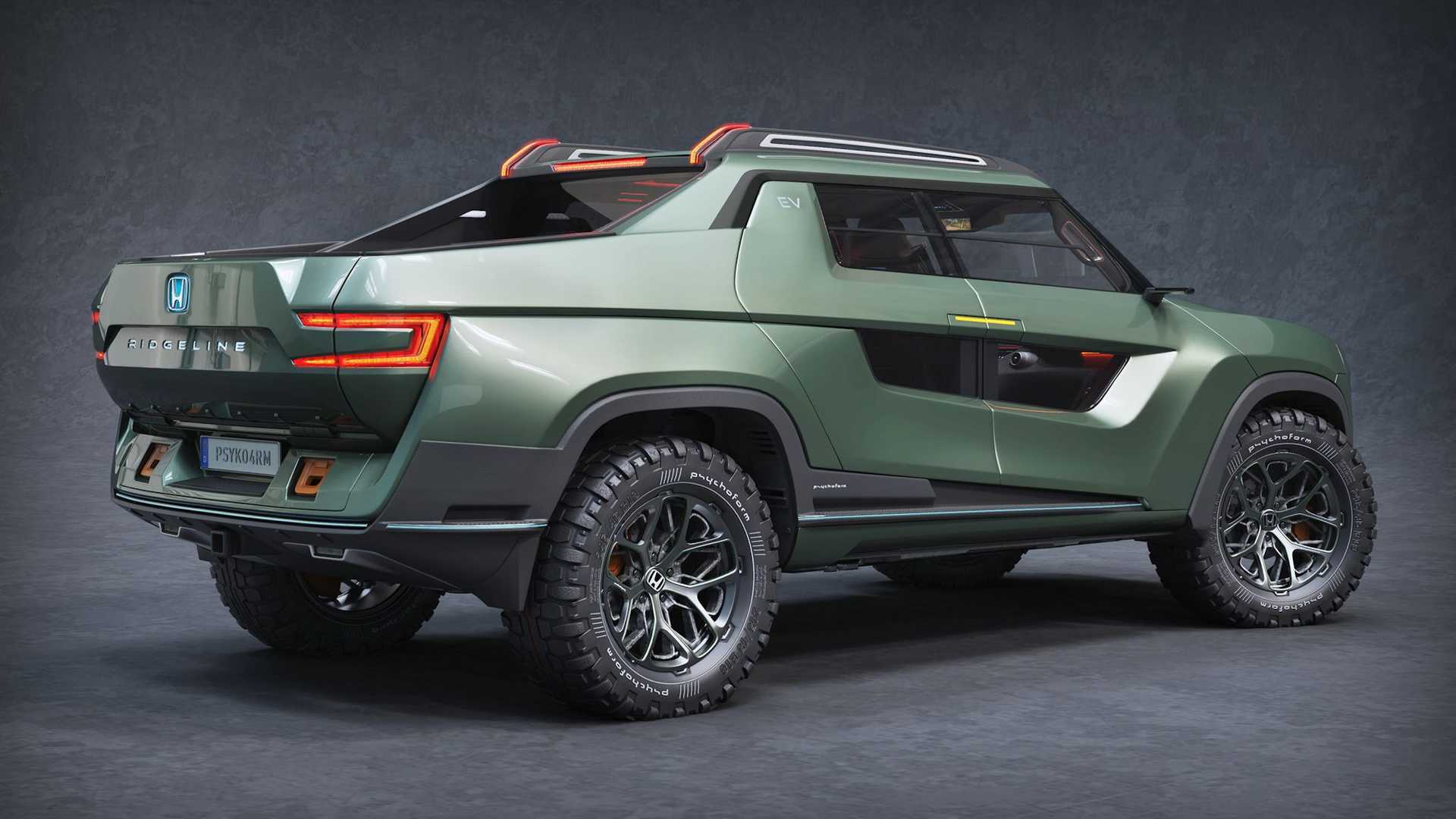 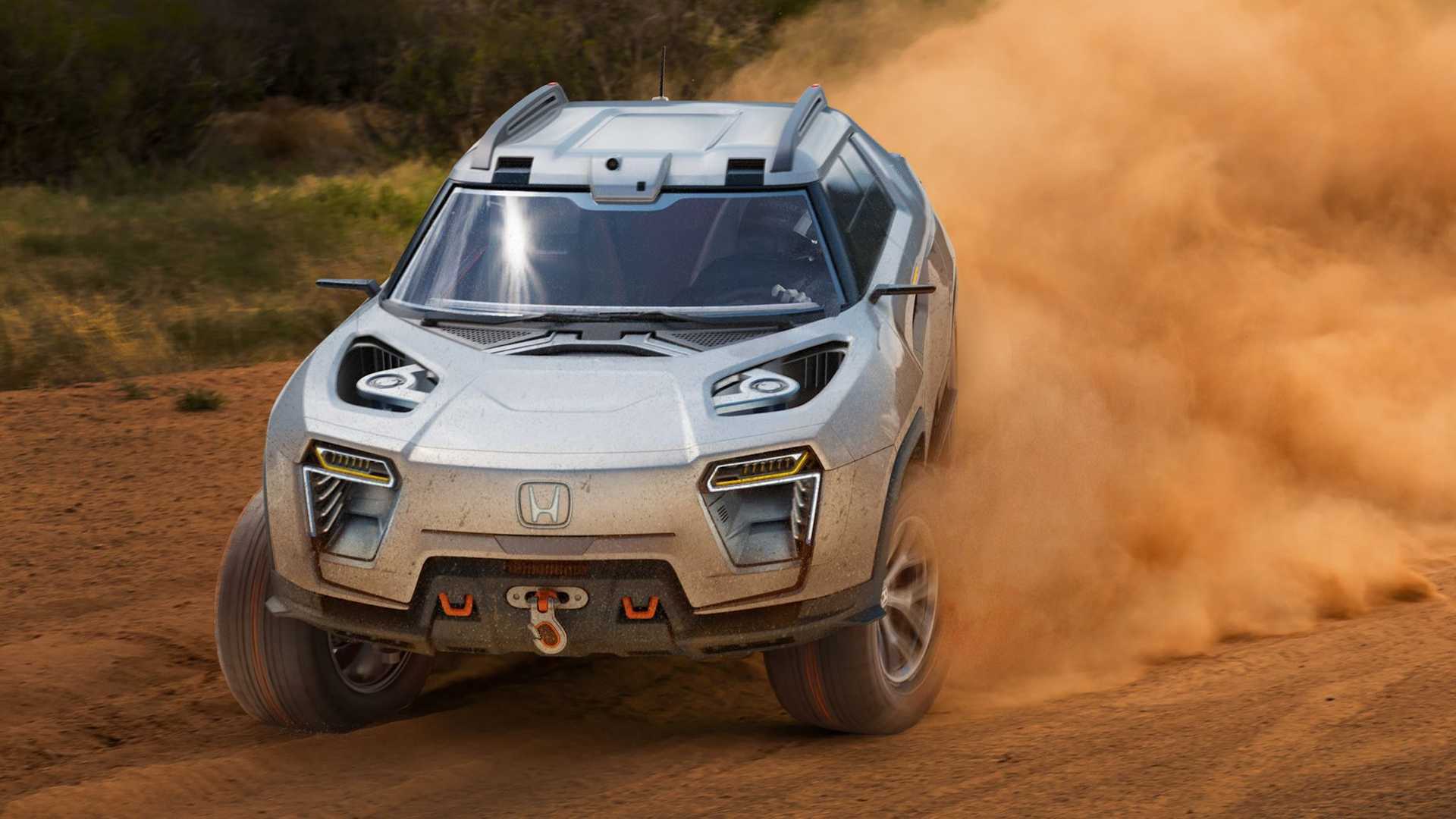 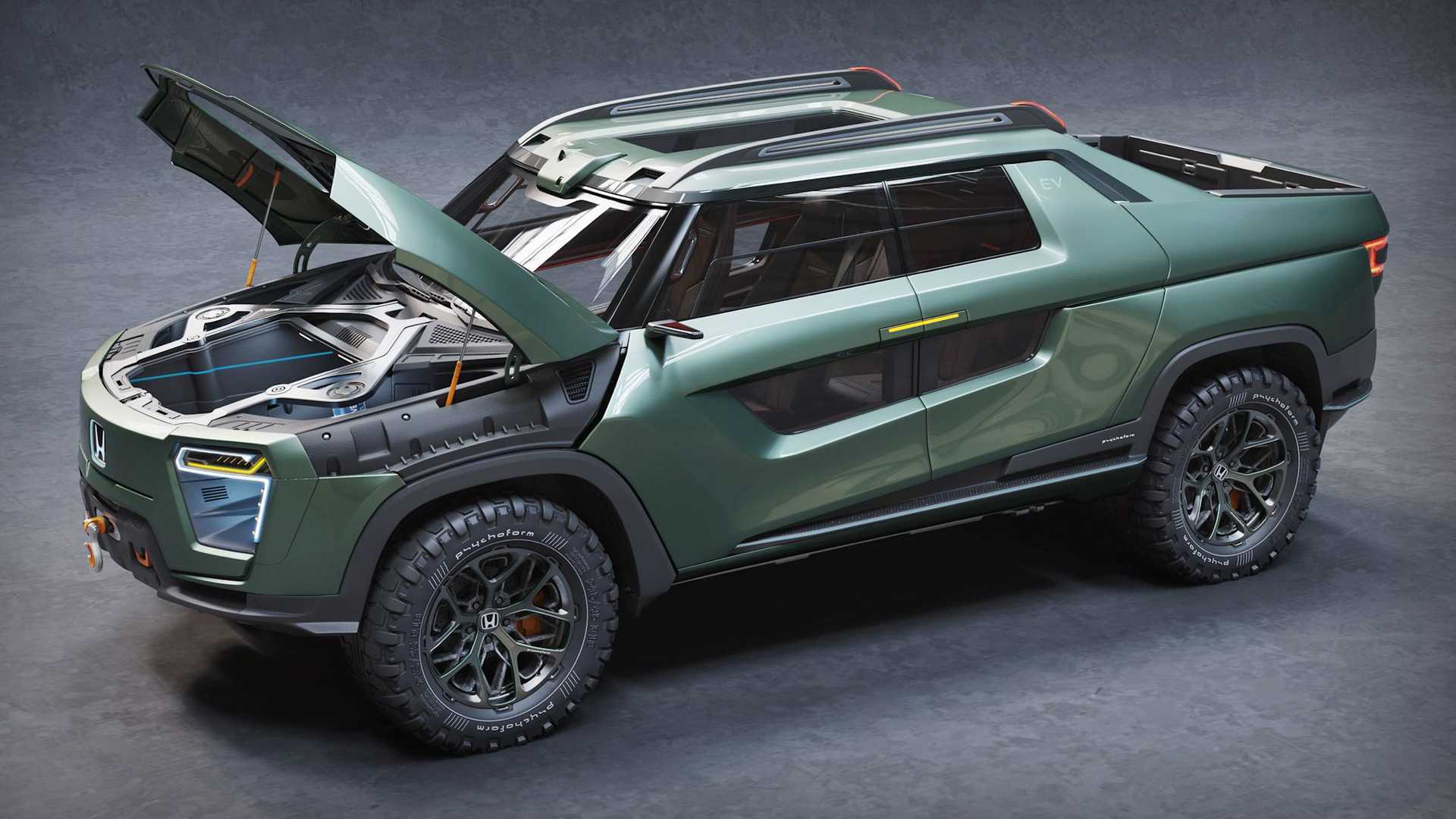 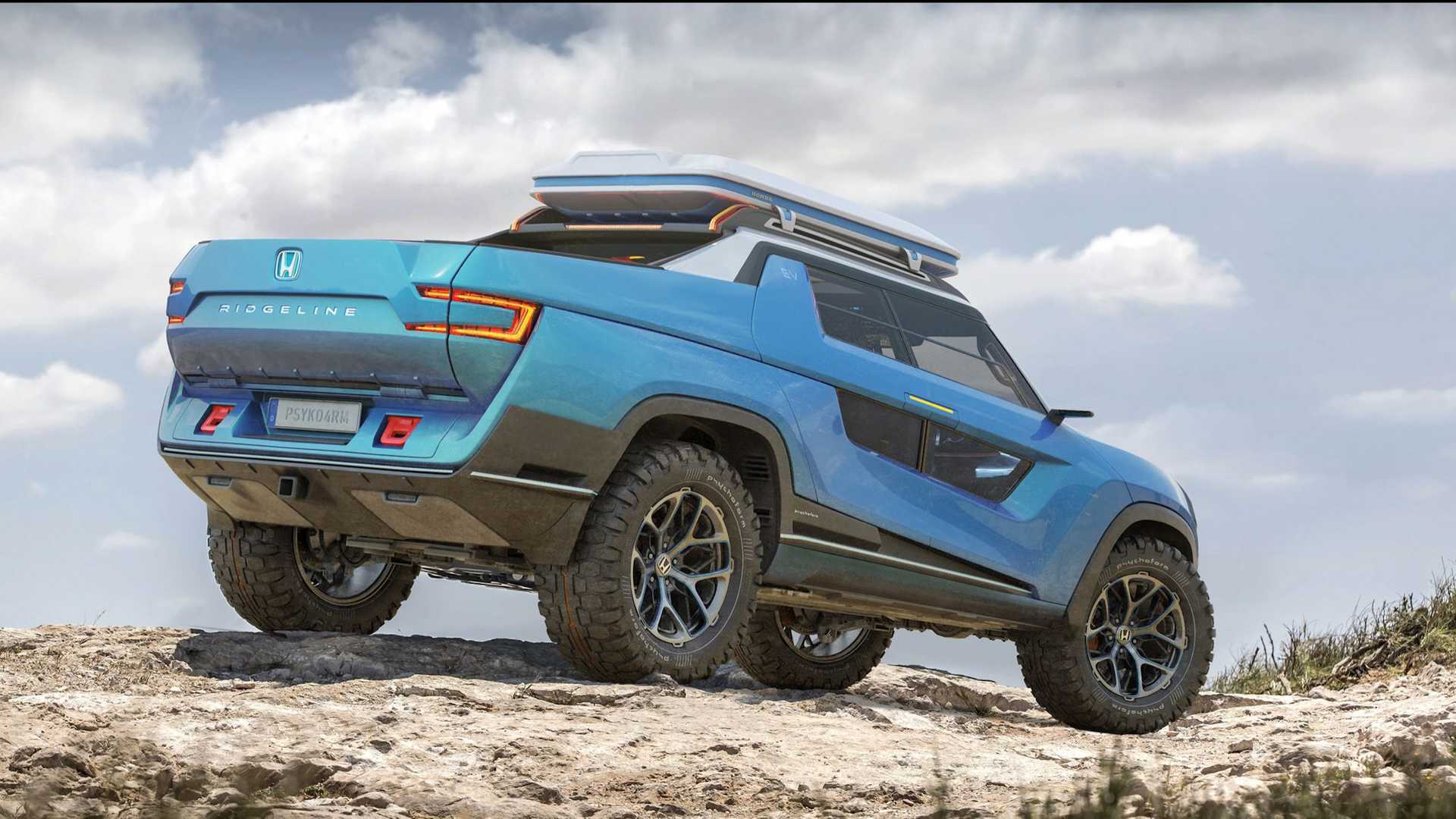 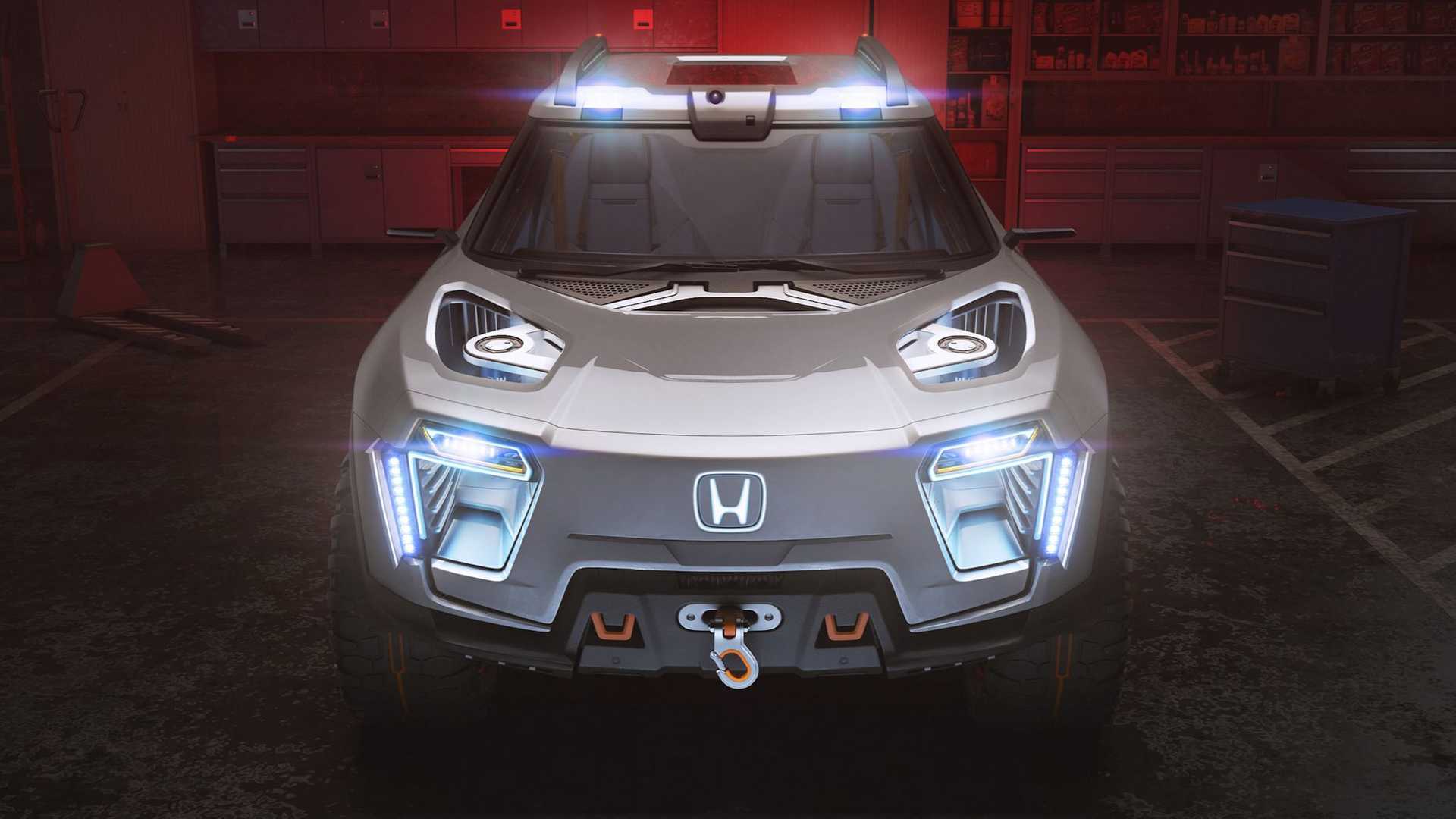 The design features an upright front end, a front trunk, and an innovative bed that can be extended into the cab, which itself looks pretty modern. The truck features suicide-style doors for easy ingress and egress while sporting the requisite technology needed in a modern vehicle – a dash-spanning screen that houses both the instrument cluster, the infotainment display, and a screen for the passenger. Surprisingly, the center console features real buttons and switches, which are already becoming rare in some makes and models.

An electric powertrain will give Honda and other automakers a lot more freedom to design future vehicles like the Ridgeline. By this time next year, there should be several electrified pickups on the market, though each will be quite different from one another. The Ford F-150 Lightning aims to woo mainstream truck buyers while the Tesla Cybertruck pushes the boundaries of truck design. The GMC Hummer EV and Rivian R1T both fall in the middle. An electrified Honda Ridgeline is likely years away, but dreaming of the future never hurts.