Honda Type R Exhibition at Ban Lee Heng Motor in Melaka – from the EK9 to the FK8; owners take part too – paultan.org 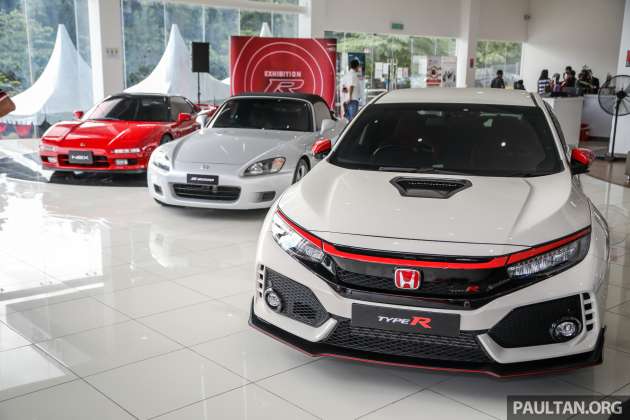 Last weekend, Honda dealer Ban Lee Heng Motor held its first-ever Type R Exhibition at its 3S (sales, service and spare parts) centre in Ayer Keroh, Melaka. The event saw the participation of over 100 Type R owners from all across Malaysia in a large-scale meet and greet session.

On display at the premises during the event were the entire catalogue of Civic Type R models, from the first, the EK9, to the EP3, FN2R and FD2R, FK2 as well as the present FK8. Also seen at the gathering were DC2 and DC5 Integras, along with other rarities such as the S2000 – in both AP1 and AP2 guises – and a first-gen NSX NA1.

Among the vehicles on display at the event was an FK8 Type R facelift – the Boost Blue example is noteworthy for the fact that it isn’t a grey import but was brought in via official channels through Honda Malaysia, and is the only unit imported into the country through that avenue.

Ban Lee Heng Motors’ strong association with Type R models isn’t a surprise, given that owner Billy Wong is a huge fan; his personal collection includes a FD2 and a FK8 Civic Type R and an Integra Type R (DC5). Earlier this year, the company had a display of Type-R models at its Seremban outlet, and the response to that prompted it to organise the exhibition at its Melaka premises.

“Following the tremendous hype of the Mini Type-R Museum arrangement at Honda Ban Lee Heng Seremban this January, we discovered that there is an unbeatable passion for Honda JDM and Type-R models in Malaysia. This time, we collaborated with the Malaysia Type R Owners Club to present an even more unforgettable experience for Honda Type-R and JDM enthusiasts. The event is the first-ever Honda Type-R gathering in the country,” said Ban Lee Heng’s marketing director.