The cabin can be hosed out thanks to drain plugs and wipe-down upholstery.

Off-road enthusiasts are complaining the Land Rover Defender is now too luxurious and sophisticated, thus losing some of its utilitarian appeal and becoming out of reach due to a higher asking price. Ineos Automotive wants to pick up where the old Defender left off, featuring an oh-so-familiar boxy shape and true 4×4 capabilities.

Today, a little over a year after its debut, the Grenadier finally reveals its impressively rugged interior developed to be functional – nothing more and nothing less. It’s a striking departure from modern body-on-frame SUVs, featuring chunky switchgear providing shortcuts to just about everything you need, without having to browse through several sub-menus in the touchscreen. 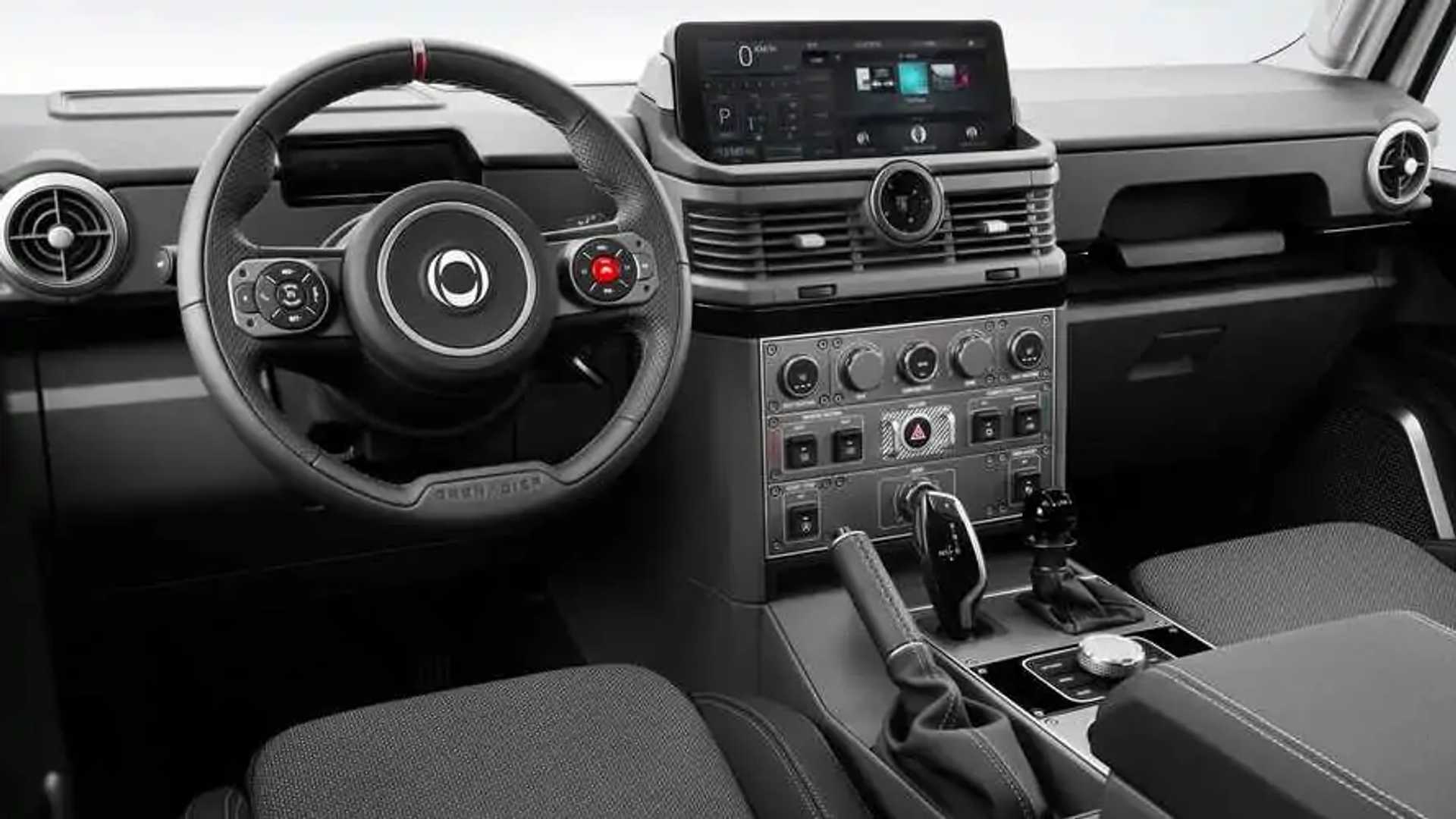 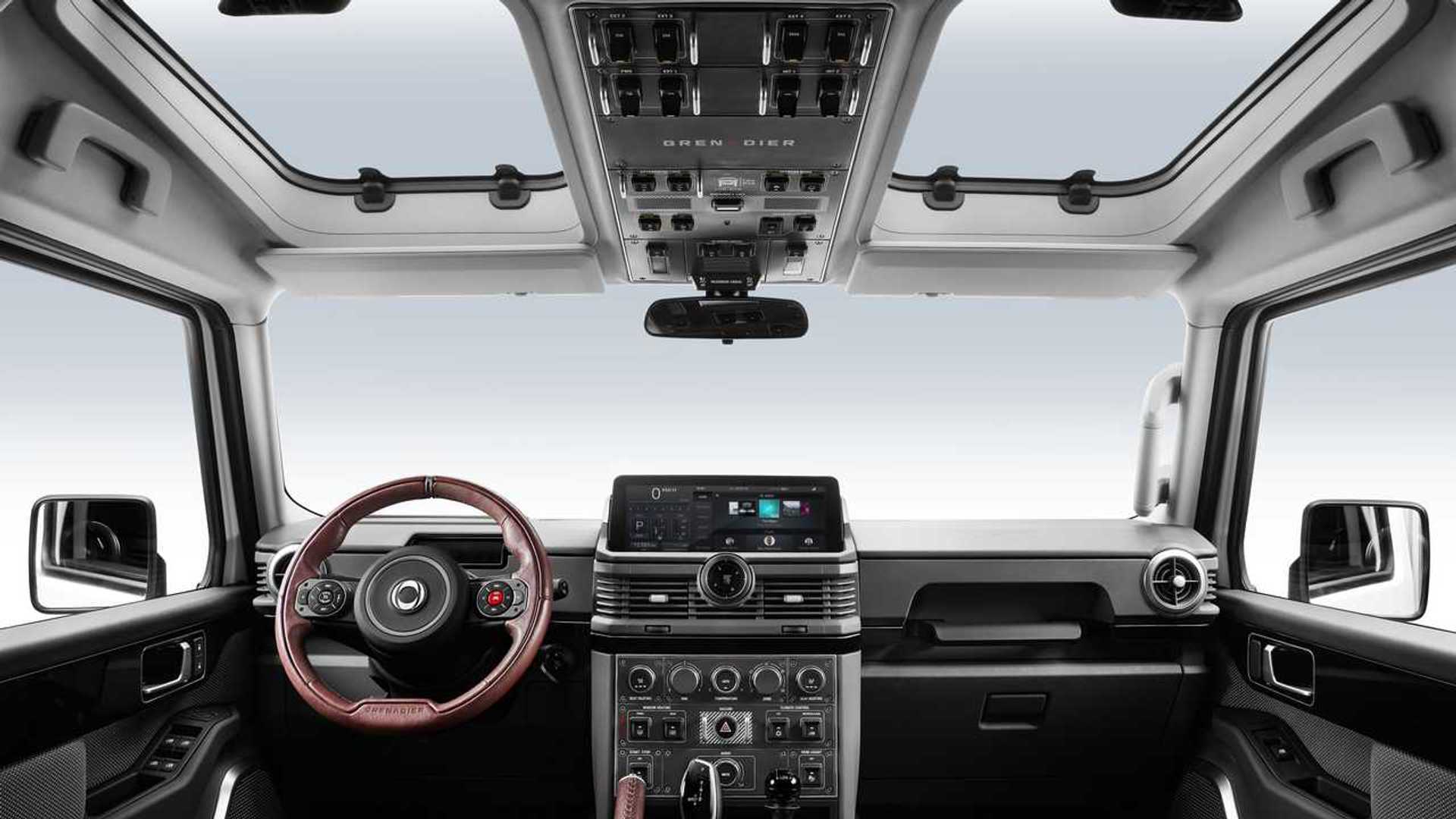 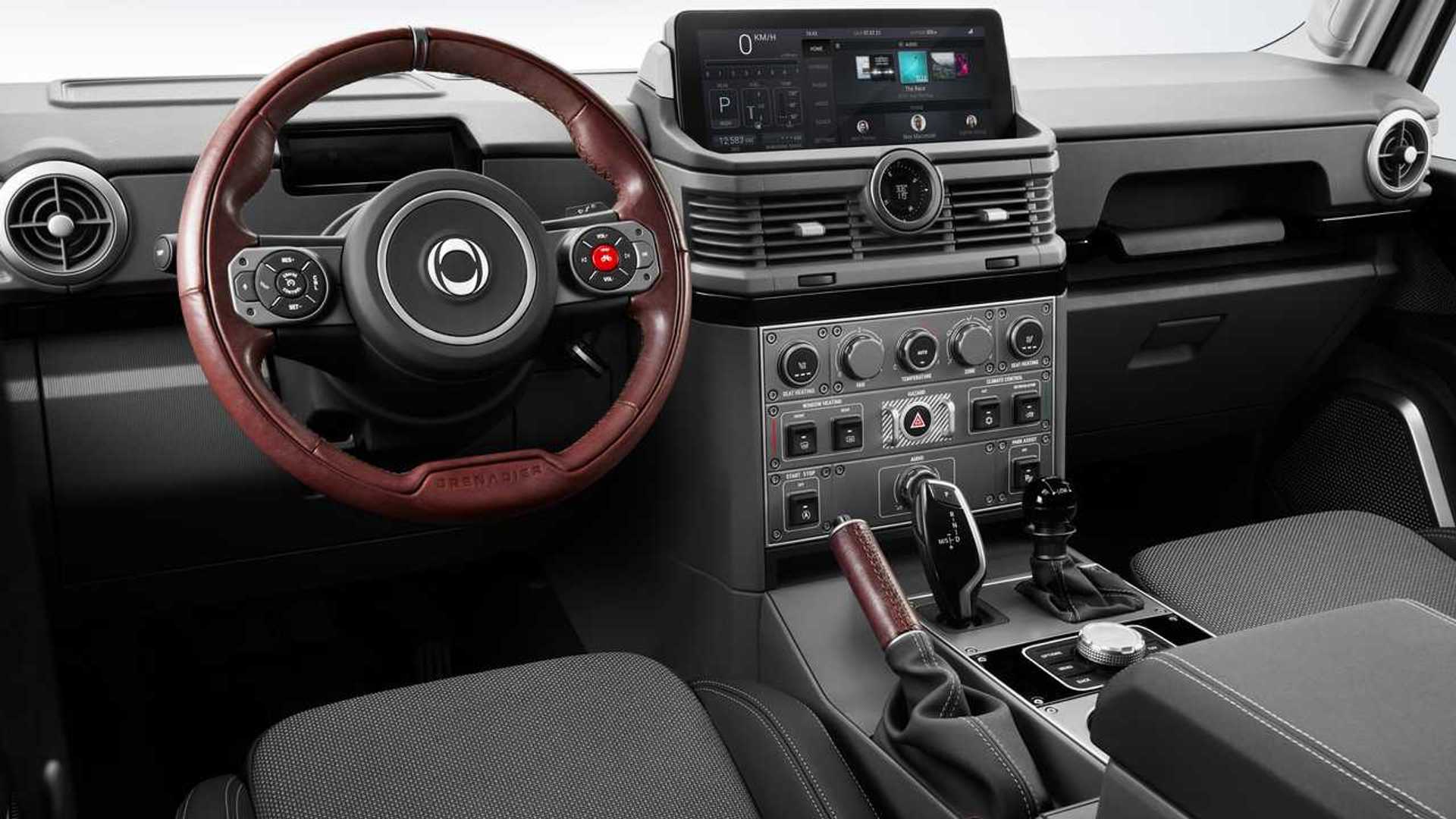 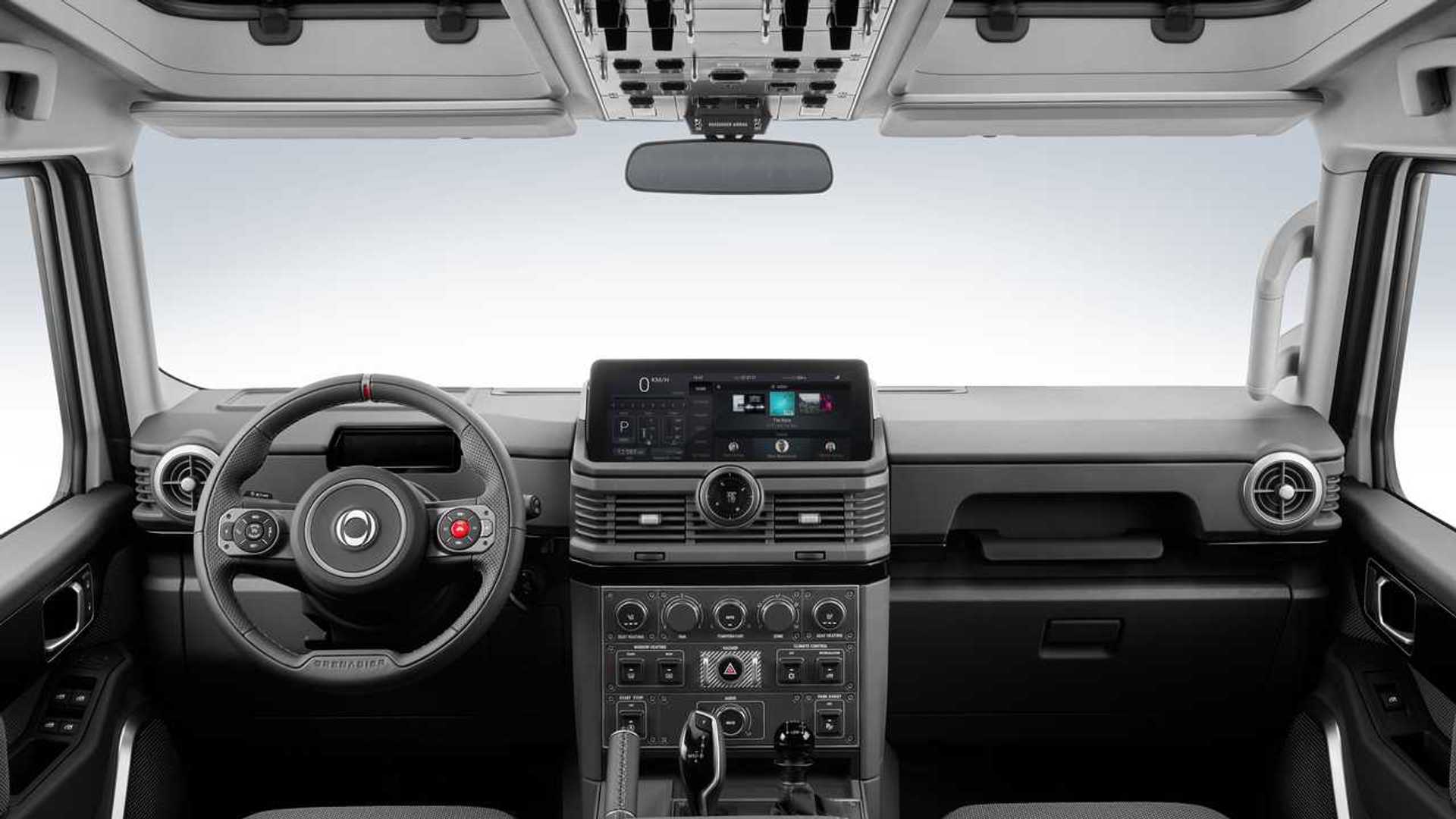 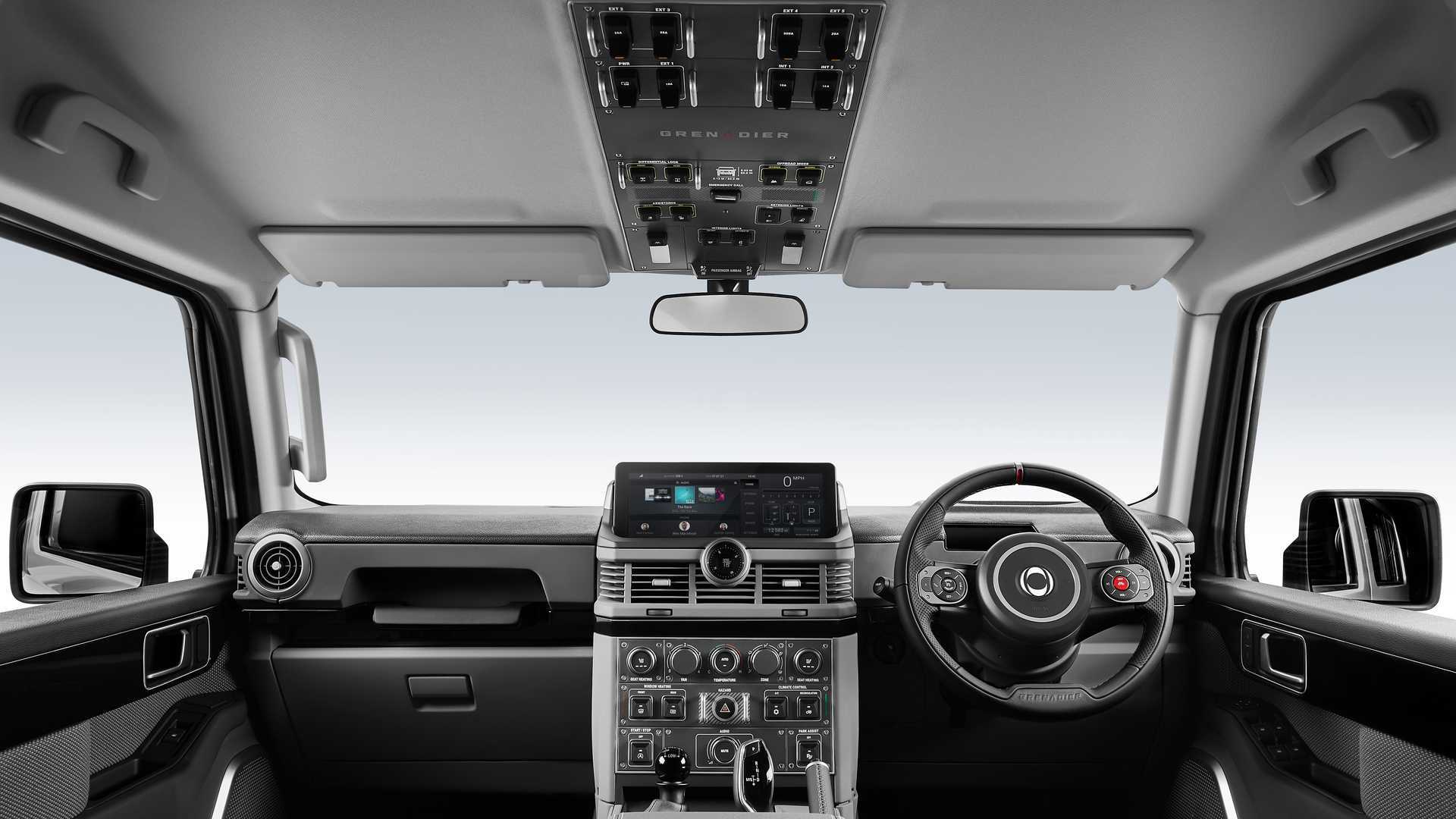 Much like the Ford Bronco, it gets pre-wired auxiliary switches used to connect winches, work lights, camping gear, and other accessories. It means the owner won’t have to drill holes and rip off the headliner to jam in the wiring, knowing very well the cabin won’t ever be the same. The switches are located in the overhead console where Ineos has also positioned the controls for the front/rear diff locks as well as the offroad mode.

Another feature it has in common with the Bronco is the ability to hose out the interior thanks to drain plugs in the rubber flooring and wipe-down seat upholstery of the stain-resistant Recaro seats. People looking for a bit more luxury will be able to get the Ineos with carpets and leather upholstery, but drivers who will be going off the beaten path will want the more durable interior.

Those central air vents may look like they were borrowed from a 1990s car, but the Grenadier is far from being outdated. It gets a 12.3-inch touchscreen infotainment with an iDrive-esque rotary knob along with both Apple CarPlay and Android Auto smartphone integration. That gear lever for the automatic transmission looks familiar because the SUV is powered by a BMW engine linked to a ZF eight-speed automatic transmission installed in many Bavarian cars.

With large grab handles on the A-pillar and dashboard, you know this wants to be a serious off-roader. The passenger version can accommodate five people while a two-seat commercial model is also in the works. Ineos has developed the Grenadier to accommodate an optional Power Pack featuring a 2,000-watt AC convertor to juice up electric tools and equipment. Speaking of features that cost extra, those nifty glass roof panels can tilt and you can also take them off completely.

As a refresher, the Grenadier will be powered by straight-six BMW gasoline and diesel engines and will feature permanent all-wheel drive with a two-speed transfer case and three differential locks (e-lockers for front and rear and mechanical for the center). The B58 gasoline engine will produce 281 horsepower and 450 Newton-meters (332 pound-feet) of torque while the B57 diesel is going to be rated at 245 hp and 550 Nm (406 lb-ft).

Ineos will begin to accept reservations in October and commence customer deliveries in July 2022. Meanwhile, 130 prototypes are undergoing testing all over the world, with the next location being the dunes of Morocco.