Oldsmobile’s Sticker Supercar Was Out to Beat the Insurance Crunch 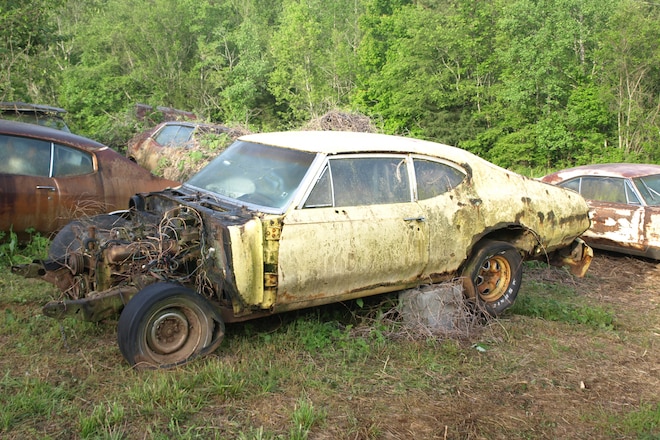 You never know what’s going to turn up in the junkyard. This month, we’ve stumbled onto a very special Oldsmobile that was meant to throw the insurance man a curve.

You see, unlike today’s completely insane muscle car marketplace—where typical buyers of these 550 to 840 horsepower road kings age between 40 and 140, always pay their insurance bills on time, and seldom do crazy things on public roads—the muscle car move of the 1960s was a first-time-around deal. Sort of like Woodstock, a big experiment. 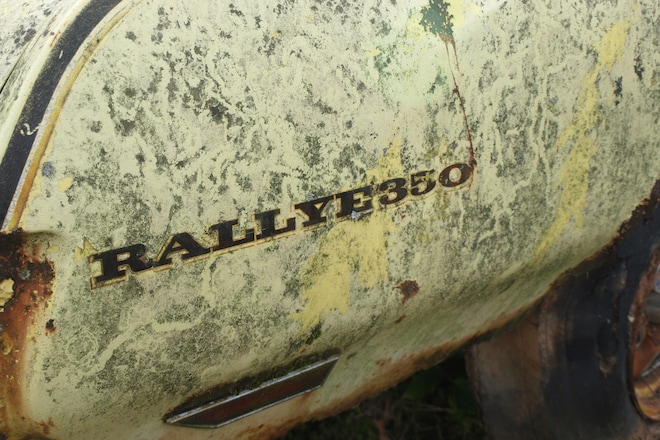 Kids with heads full of Hendrix, Joplin, and Dr. Leary took the wheel of high-horsepower youth machines for the first time ever…with often tragic consequences. By 1970, the insurance industry was losing money and began a clampdown.

Quickly, it cost as much to insure a Street Hemi or Six Pack Mopar, Boss, Shelby or Cobra Jet Ford, LS6, RAIV, Stage I or W-Machine from GM as it did to pay the monthly contract on the car itself. The muscle car’s future looked grim. 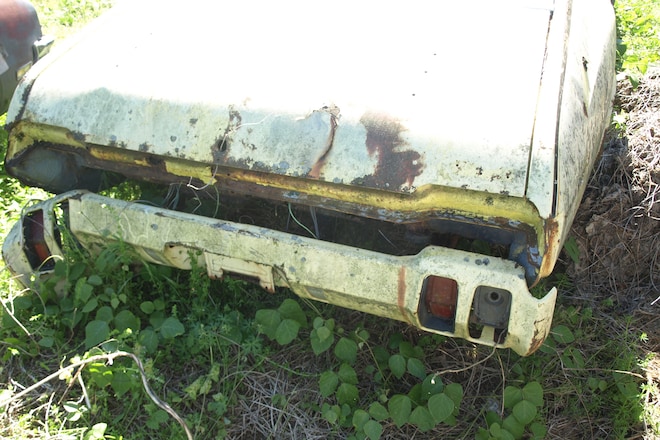 Enter the junior super car. Here, small-blocks and extra graphics filled in for multiple carburetors, solid lifters, and 7-plus liter displacement levels. That was the thinking behind Oldsmobile’s 1970 W45 Rallye 350 package. Available on any F85, Cutlass, or Cutlass-S 2-door hardtop or pillar coupe for a measly $157.98, the Rallye 350 came only in eye-blistering Sebring Yellow paint which covered just about everything, including the bumpers, standard issue N66 Super Stock II wheels, fiberglass W25 hood (right off the big W30 4-4-2), and W35 trunk spoiler. Olds dealer propaganda touted the Rallye 350’s base price of $3,252.84 was $67.16 less than a comparably equipped Plymouth Road Runner…the original budget muscle car. 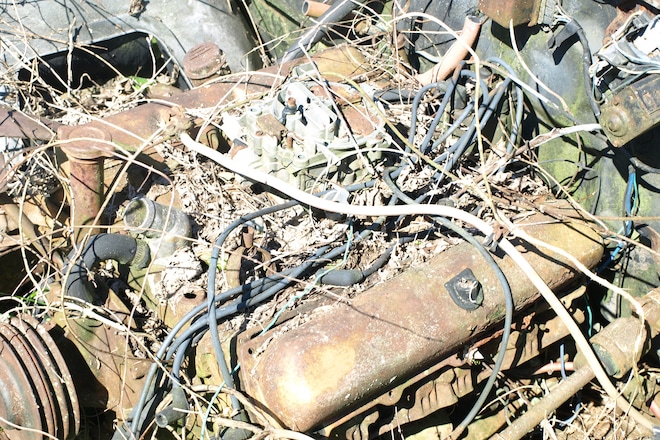 We stumbled onto this decrepit screaming yellow zonker during a waltz through Sendell’s Auto Specialties in Shelbyville, N.C. (704/434-6759), a GM-centric salvage yard specializing in 1962 through 1988 models. Tune in as we explore this one-of-160-built F85-based Rallye 350! 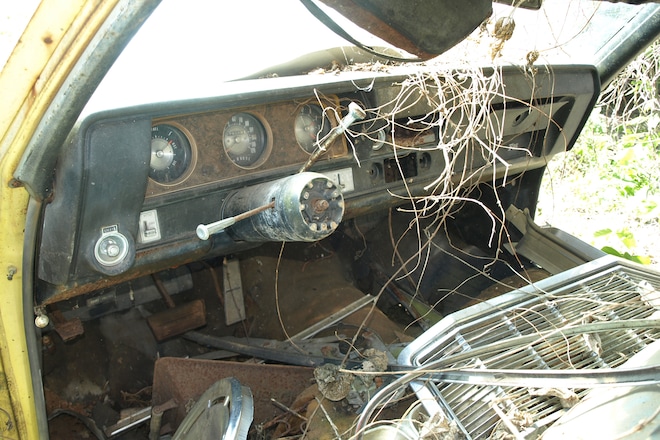 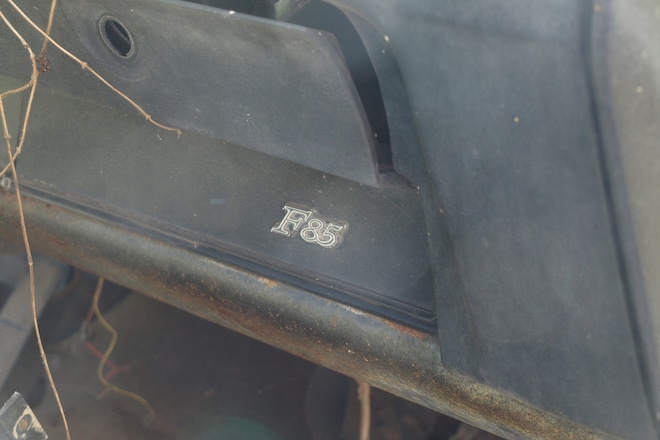 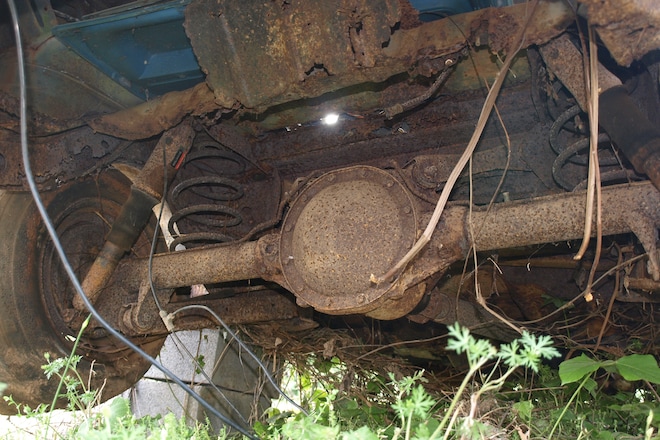 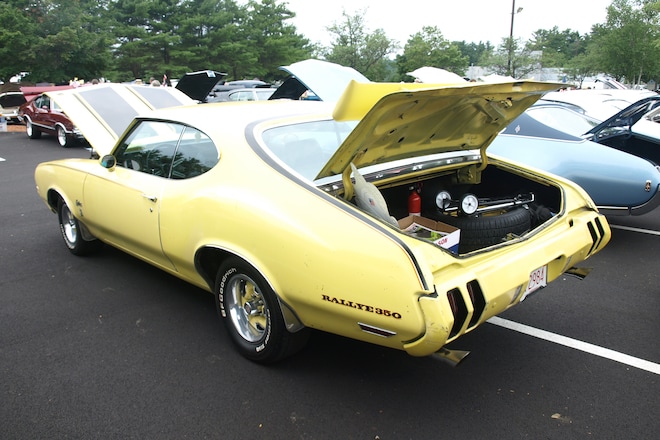 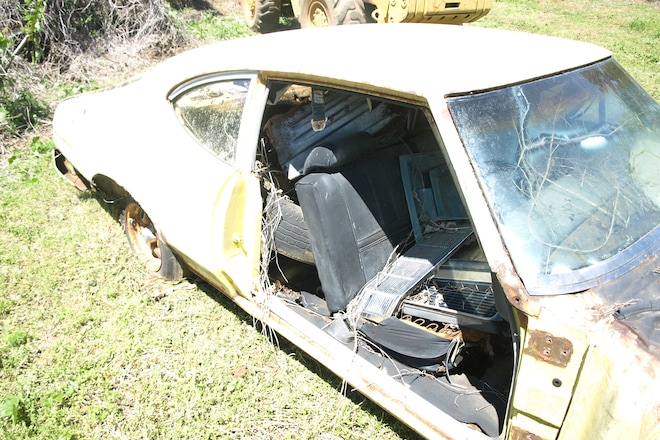 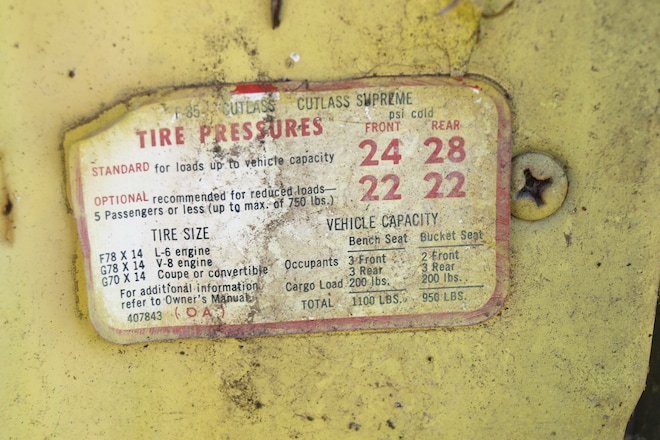 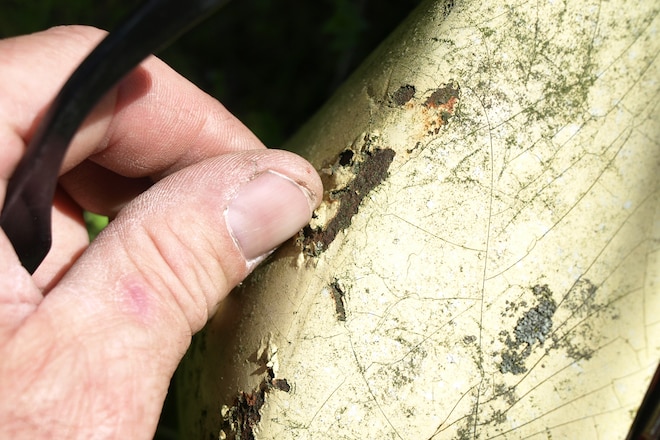 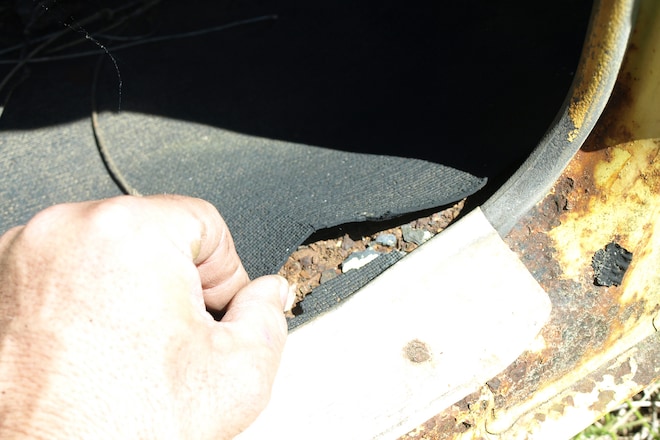 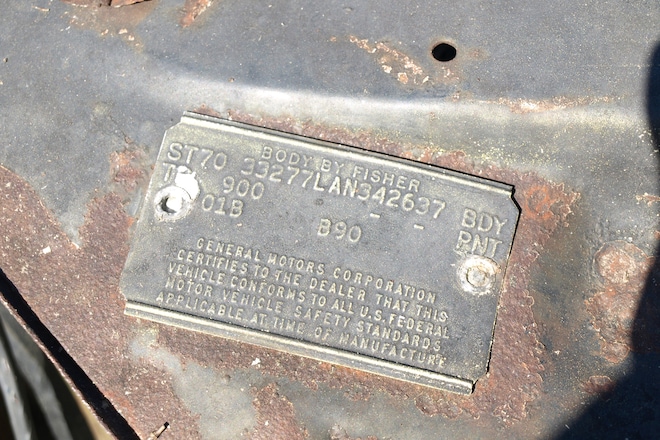 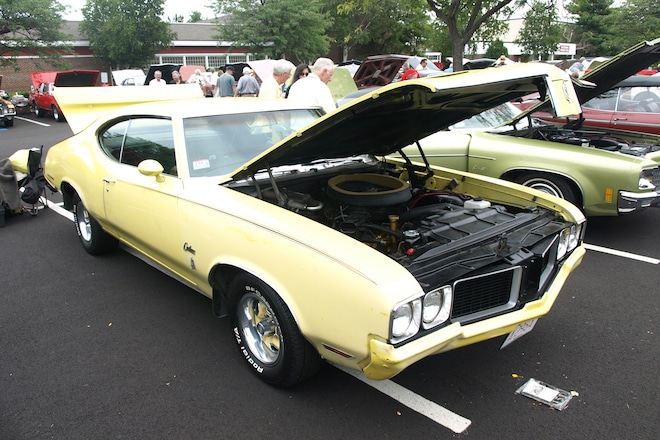 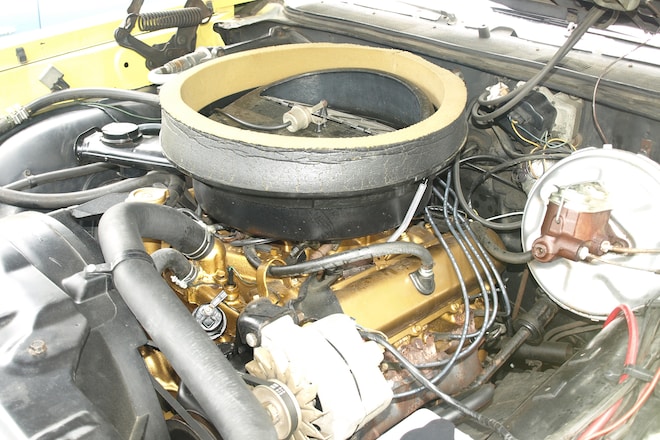 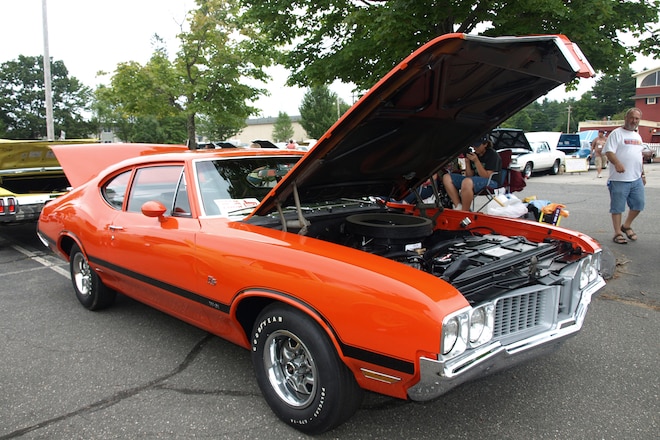 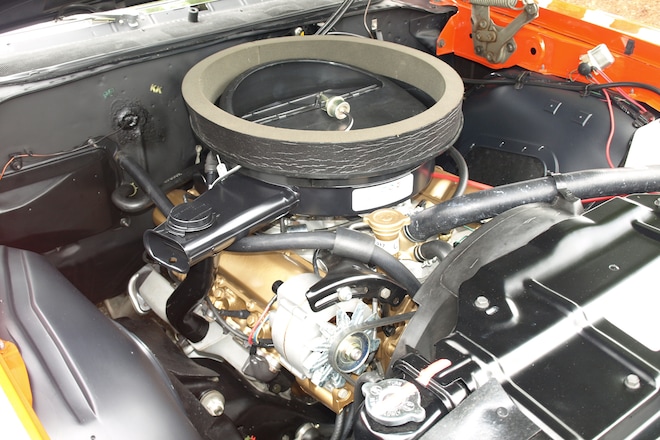 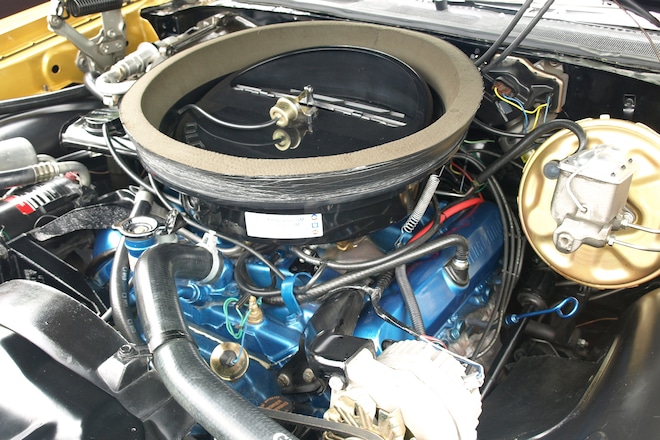