The year 2019 was noticeably slower in terms of EV sales in California, but that’s only when comparing it to the peak year of 2018.

The numbers for the fourth quarter were not too good: 42,248 BEVs/PHEVs/FCVs (down 32%), at 45% share of the total in the U.S. but with all new models announced for the near future, Veloz is rather optimistic about the future:

“There has been some news that electric car interest is on the decline, which is exaggerated. We don’t see it,” said Josh Boone, Veloz executive director. “With the Ford Mustang Mach-E, GMC Hummer EV, Tesla Cybertruck and many other green machines coming to market, we are getting really excited. SUVs and trucks are in demand, and automakers are beginning to deliver zero-emissions versions of SUVs and trucks to consumers to expand the market.”

The Super Bowl featured a new breed of electric car with advertisements from General Motors, Ford, Audi and Porsche. In 2019, Veloz’s Electric For All campaign produced Kicking Gas starring Arnold Schwarzenegger. While it was not part of the Super Bowl, it generated millions of impressions and engagement from thousands of Californians.

“As more of these electric muscle cars, SUVs and trucks come to market, we need to throttle up incentives to drive demand and traffic to dealerships,” said Boone. “The electric car market is still growing, and purchase incentives are essential to maintaining momentum while electric cars prices continue to drop to meet cost parity with comparable gasoline cars. With good incentives, the masses will take action and enjoy the benefits of kicking gas: smoother, more fun to drive and no trips to a gas station—ever.””

Here we have a few more charts with quarterly and annual sales: 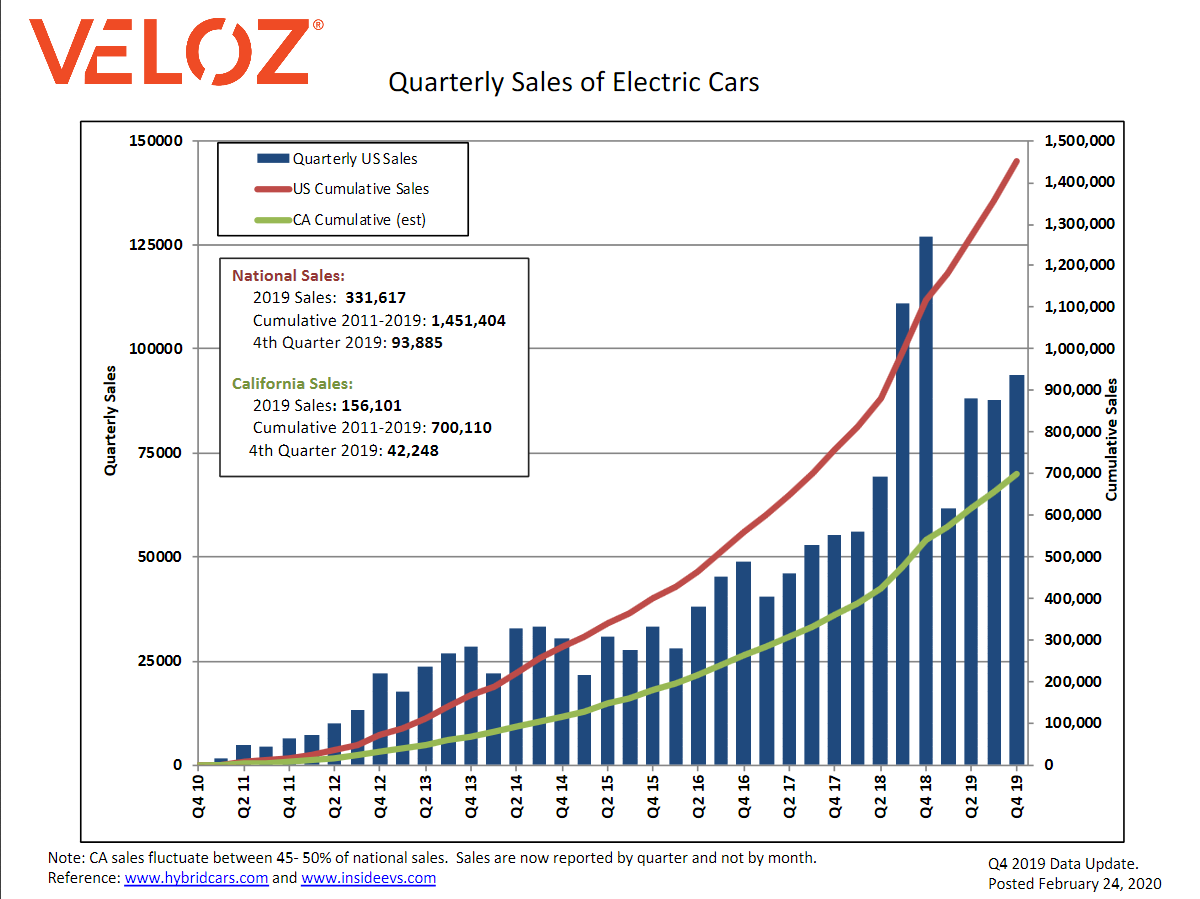 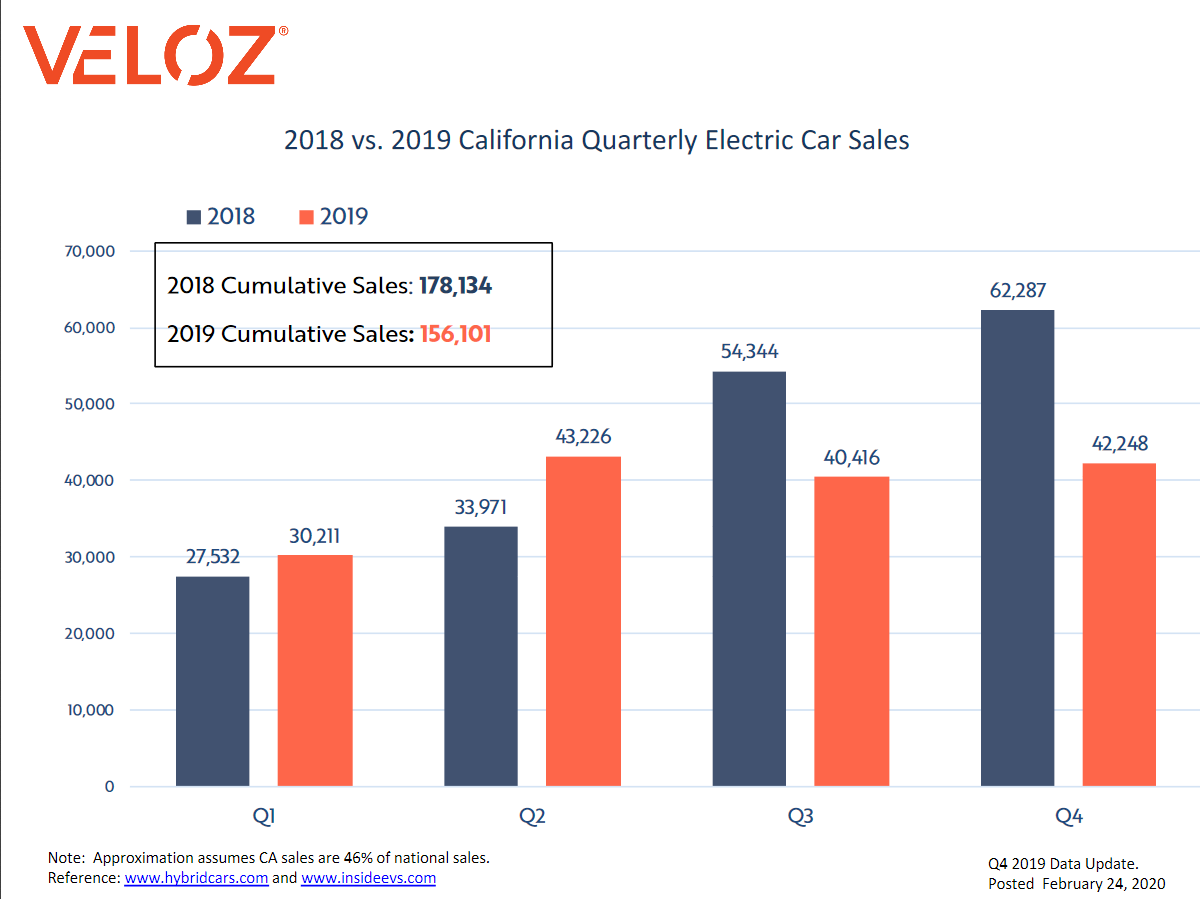 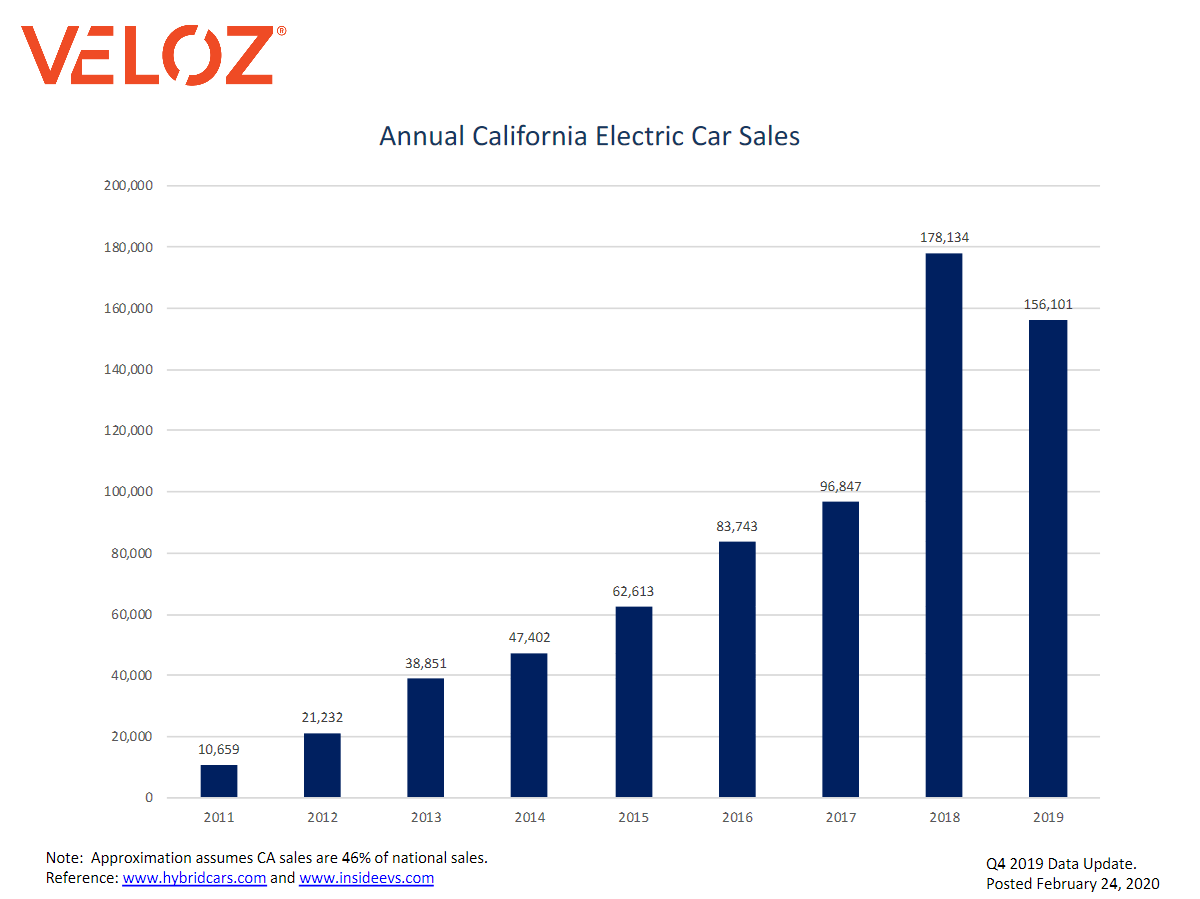 Interesting is also the Electric Car Cost Graphic below, which indicates that the price of new EVs (median) is 13% lower than a year ago, while ICE vehicles went up 2%: 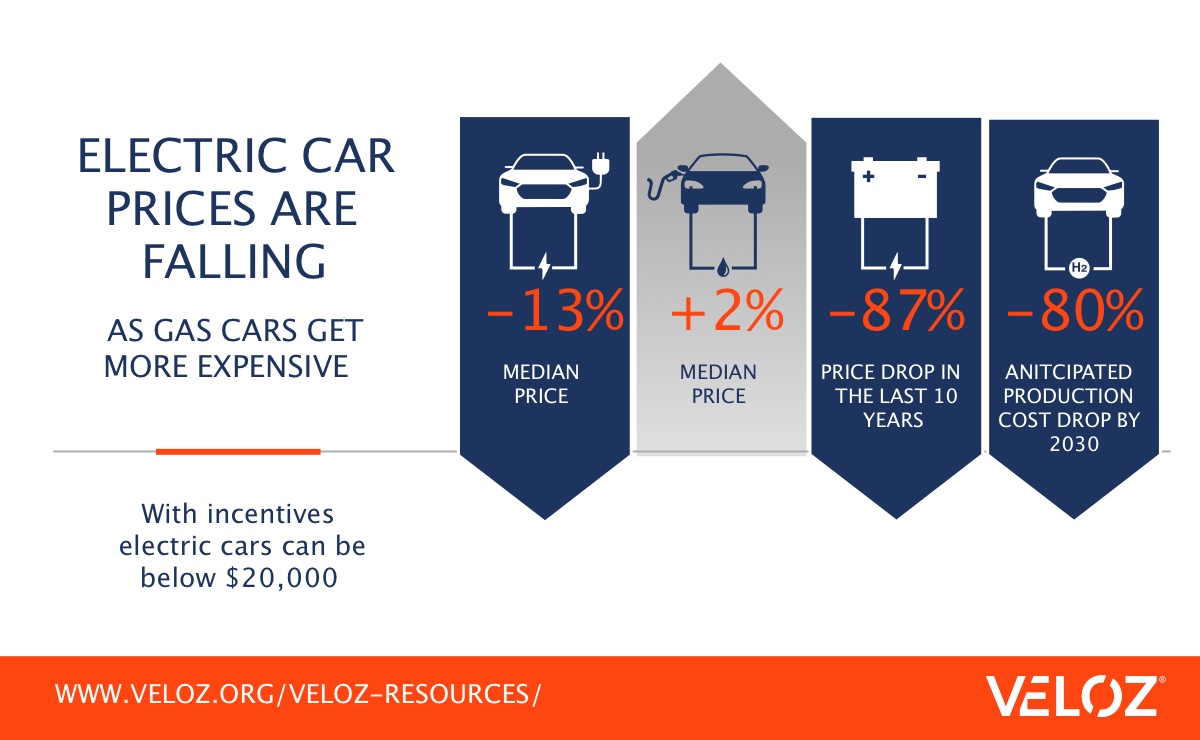