Lucid Postpones Production, But Pokes Fun At Tesla About Luxury

Tesla is innovative, but not a luxury brand.

Going public was basically a validation process for Lucid, according to Peter Rawlinson. Lucid’s CEO even realized that it could give the company more time to reach a spotless mass production with the Air. After all, Lucid is a post-luxury brand, while Tesla is “innovative but not luxury,” as you can see in the image above.

It was extracted from the Lucid Investor Deck: February 2021. This document was prepared to present the merger between Lucid and Churchill Capital Corp IV that will turn the automotive startup into a public company. 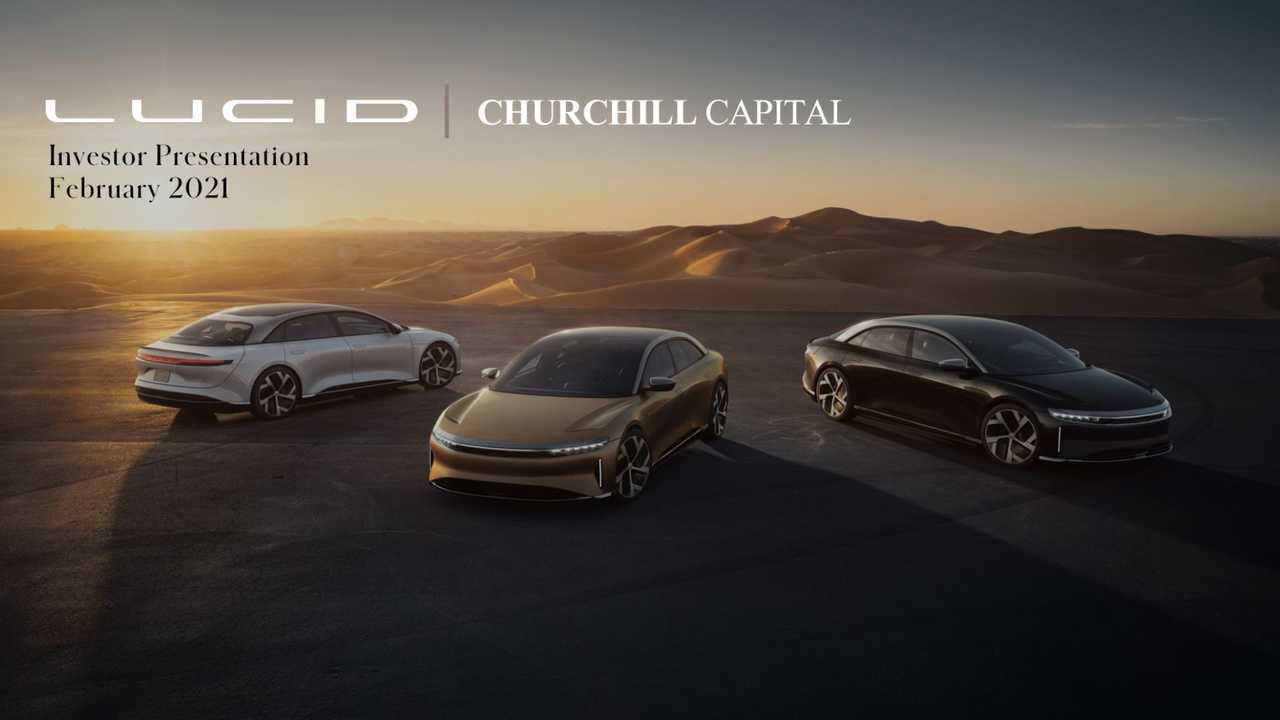 As you can see, it establishes Lucid as a competitor to Audi, BMW, and Mercedes-Benz, something that Rawlinson has been saying for months already. Audi would represent tech luxury, BMW would stand for sport luxury, and Mercedes-Benz would be the best example of classic luxury. Lucid’s post-luxury concept would embrace all these ideas in a single brand and stand above all the main examples for them. 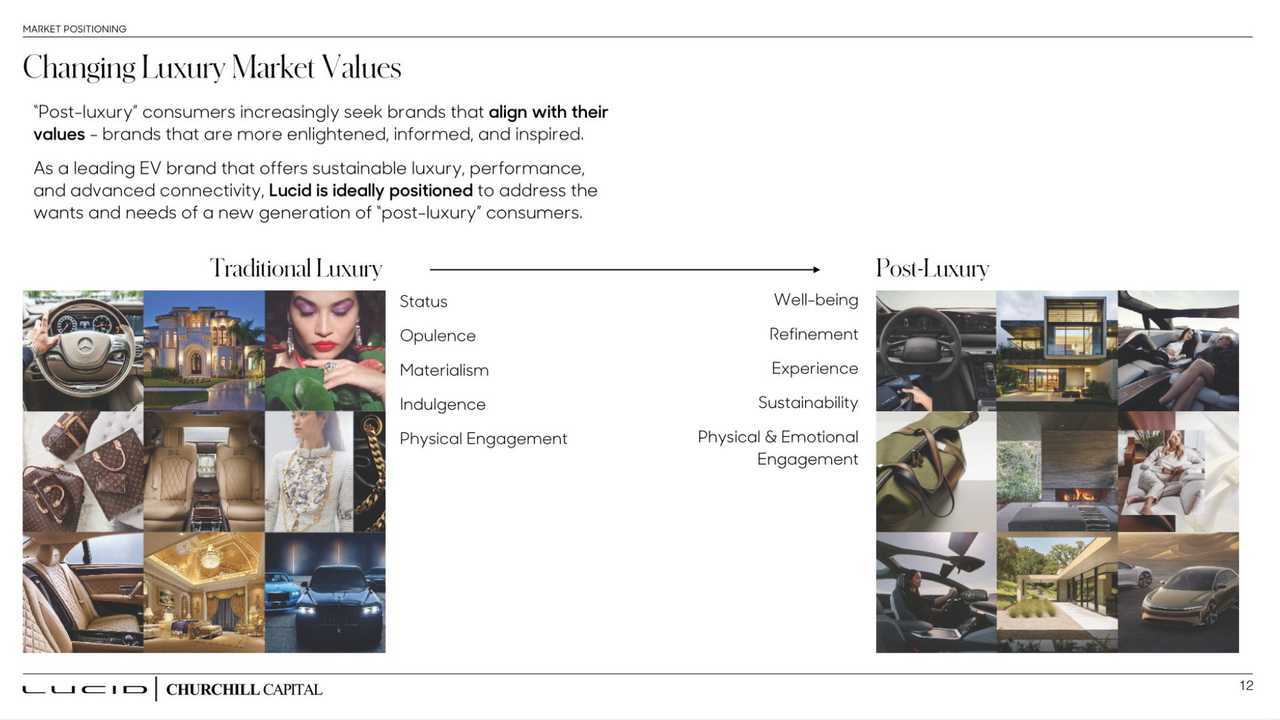 Far on the left, there’s Tesla’s badge and the writing “innovative but not luxury.” Rawlinson justifies that in this interview with Bloomberg.

According to the Lucid CEO, “a lot of slack was cut” with the Model S because “the electric car was such a fun experience that people forgave the build quality issues.” Rawlinson does not think that is the case anymore, hence the need for the Lucid Air to be impeccable.

The production delay is not necessarily related to Lucid itself. Rawlinson said that the company has “250 suppliers, 3,000 parts,” and “the impact of COVID-19 is not to be underestimated here.” According to the executive, the chip shortage has not affected the company because of “very savvy purchasing” deals Lucid made.

It is at this point that Rawlinson said going public was not for the money because the Public Investment Fund from Saudi Arabia “has pockets” and long-term intentions with Lucid. The point was to have validation, attracting “the bluest of blue-chip investors.”

Regardless, the deal with Churchill Capital Corp IV brought $4.5 billion to Lucid. The company is now worth more than $60 billion without having delivered a single car.

According to Rawlinson, the valuation is “a reflection” of Lucid’s technology, which would be cutting-edge. What Lucid’s CEO said the company needs to do is to “humbly and diligently get this into production,” which should happen in the second half of 2021. Instead of spring 2021, expect “post-luxury” to make its debut by late summer or autumn.