Meralco expects the price of EVs to match ICE cars by 2024 in the Philippines – 70% energy cost savings – paultan.org 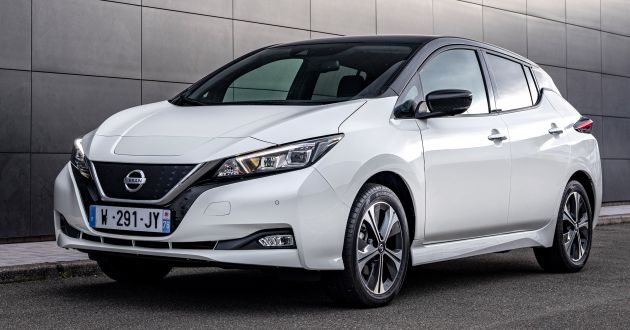 Price is one of the main reasons why most people aren’t willing to make the switch from an internal combustion engine vehicle to a fully electric one. For example, the Nissan Leaf in Malaysia is priced at around RM181k, which is more than enough to get you a Toyota Fortuner 2.7 SRZ AT 4×4 for around RM172k, with change to spare.

Despite this, Philippines-based electric company Meralco believes that by 2024, the prices of EVs will be equal to ICE vehicles, Autoindustriya reports. “The EV industry sees 2024 as the tipping point. We expect electric vehicles to reach price parity with conventional models by then,” said Anthony T. Agoncillo, Meralco’s EV product manager.

Back in May this year, a study by Bloomberg New Energy Finance (BNEF) forecasted that the total cost of ownership of electric vehicles will reach parity with ICE ones by 2026, before eventually becoming cheaper by comparison from 2027 onwards. The study was commissioned by Transport and Environment (T&E), which is a Europe-based NGO campaigning for cleaner transport.

According to Meralco, the local EV industry’s optimistic outlook comes from conversations with automakers that have started to introduce their EVs in the Philippines. Besides the Leaf, customers also have access to the Porsche Taycan and Jaguar I-Pace, while BYD lists five EVs on its site (E6, S1 EV, E3, T3 and E2). Meralco adds that the savings from using electricity as a power source for vehicles can be as much as 70% compared with fossil fuel-powered cars.

In May, the Philippine Senate passed the Electric Vehicles and Charging Stations Bill, which will see the creation of a Comprehensive Roadmap on Electric Vehicles (CREV). The CREV will serve as a national plan that contains guidelines for the manufacturing, importation, utilisation, and regulation of EVs and hybrids (including all relevant components), while also covering installation of charging stations across the country. As reported by Top Gear Philippines, “if implemented to its fullest extent, it will require that 5% of government and corporate fleets be made up of EVs within a time frame prescribed by the CREV. It will also require that new buildings and establishments be constructed with dedicated EV parking slots.”

Meanwhile, the Land Transportation Office (LTO) has already issued an administrative order which consolidated guidelines on the classification, registration, and operation of EVs, including e-jeeps and e-trikes.

These developments are meant to promote EV adoption, although it remains to be seen if EVs will be priced the same as ICE vehicles in the Philippines by 2024, as Meralco believes. Back in Malaysia, the ministry of international trade and industry (MITI) has said it is identifying new strategies to promote the electric vehicle (EV) industry, but we’ll have to wait for final details. Should EVs be priced to match ICE vehicles here, would you make the switch?