When Mercedes-AMG introduced the new SL in October last year, it only showed the “55” and “63” versions powered by a V8. It looks as though an entry-level variant is coming soon as Mercedes-Benz Passion Blog reports a “43” flavor is right around the corner. It’s said to get round tailpipes, which could be shared with the plug-in hybrid model as prototypes of the electrified roadster have been seen with this setup.

While the decision to downsize to such a small engine will raise a few eyebrows among purists, it’s worth noting it would not be the first time Mercedes would sell the Sport Leicht with a four-pot. The stunning 190 SL (W121) from the 1950s and 1960s had a 1.9-liter adapted from the 300 SL’s straight-six with 120 horsepower on tap. 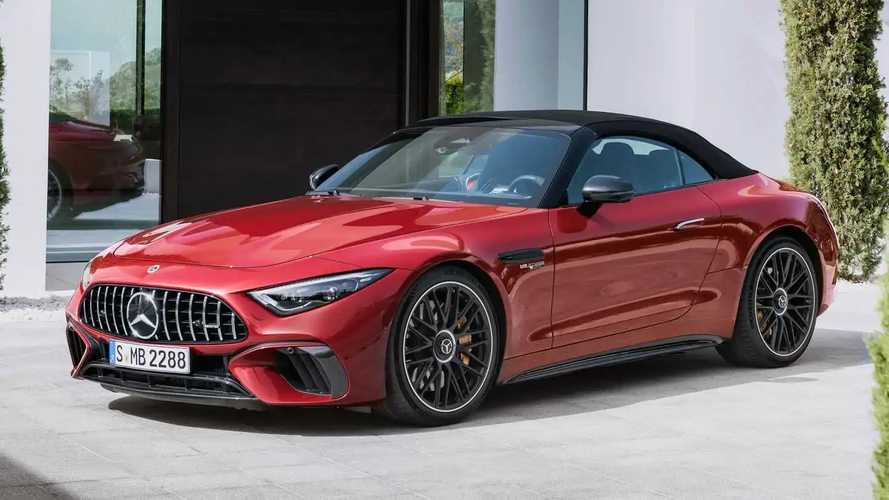 While those are decent numbers for a non-AMG C-Class, people want more performance from the SL even though it’s a grand tourer rather than a fully fledged sports car. Mercedes will live up to those expectations by implementing an electric turbocharger borrowed from the AMG GT 63 S E Performance. An e-turbo is also being worked on for the AMG One hypercar and the four-cylinder C63, with both coming later in 2022.

Interestingly, the M254 will reportedly be more powerful than the version installed in the C-Class. We’re hearing it’s going to push out 385 hp, thus an extra 130 hp over the standard configuration of the four-cylinder mill. It still wouldn’t be the company’s most powerful four-cylinder engine since the M139 in the AMG A45 S (and the forthcoming C63 plug-in hybrid) delivers a whopping 416 hp.

Developed with Garrett, the e-turbo will unlock more power early in the rpms by virtually eliminating the dreaded turbo lag. Twinned with the latest SL, the next Mercedes-AMG GT Coupe is also said to get a four-cylinder engine in its base trim level. The roadster will be the first to come out as early as next month in Germany.

As a final note, the AMG C43 is said to get the same setup.