MINI The Coopers Edition in Malaysia – special tribute model based on the Cooper S 3 Door; from RM283k – paultan.org 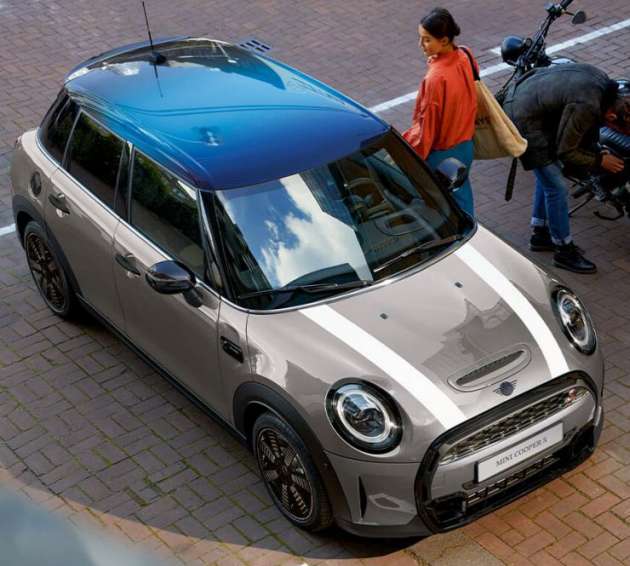 MINI Malaysia has introduced a special variant of the MINI 3 Door called The Coopers Edition, which pays tribute to the Cooper family that has been associated with the brand for over 60 years. Fans of the brand will undoubtedly know John Cooper, the legendary race car designer whose Mini Cooper S, driven by Patrick “Paddy” Hopkirk and co-driver Henry Liddon, won the Monte Carlo Rally in 1964.

The Coopers Edition is available in two colour options – Enigmatic Black and Rooftop Grey – both priced at RM283,255.05 on-the-road without insurance. Do note that the price factors in the ongoing sales tax exemption (50% as this is a CBU model) and includes a four-year, unlimited mileage warranty with free scheduled service.

Compared to a regular Cooper S 3 Door, The Coopers Edition is nearly RM21k extra, so what do you get for paying the premium? Not much if you look under the bonnet, as it’s the same powertrain as the Cooper S, so you get a B48 2.0 litre turbocharged four-cylinder engine engine that produces 192 PS (189 hp) and 280 Nm of torque. Drive goes to the front wheels through a seven-speed dual-clutch transmission, with the 0-100 km/h time being 6.8 seconds, while the top speed is 235 km/h.

However, The Coopers Edition comes with specific cues that truly make it stand out. On the exterior, the side scuttles are not only finished in gloss black, but also sport “The Coopers” script and John Cooper’s signature. Elsewhere, there are white stripes instead of black ones, along with a blue roof and 18-inch Pulse Spoke two-tone alloy wheels.

On the inside, you’ll find more reminders that you’re in the tribute model, beginning with another “The Coopers” script near the instrument cluster, while the steering wheel’s bottom spoke has the classic “Cooper” name script. Even before you get in, you’ll notice “The Coopers” on the door sills and once inside, the signatures of the Cooper family are seen on the passenger side of the cabin.

No toll discounts for voters at Johor polls – PLUS – paultan.org