In the world of automotive events The Goodwood Festival of Speed (FOS) is right up there on the bucket list with the Indy 500, Le Mans, Pebble Beach, the Daytona 500 and a few others. This year, the FOS, celebrated its 26th anniversary and HOT ROD was there for the party.

For those of you who don’t know, the FOS takes place every summer on the grounds of The Duke of Richmond’s ancestral home, Goodwood House, 100 miles south west of London, England. It’s basically a hillclimb up the Duke’s 1.16-mile drive. The long-standing record for the dash is 41.6 seconds set in 1999 by Nick Heidfeld driving a McLaren MP4/13 Formula One car. His average speed up the twisty, cambered driveway with some nasty sharp flint walls was 100.385 mph. Nick’s record remains unbroken as they no longer allow F1 cars timed runs for safety reasons, however, this year Nick’s record was sort-of broken by Romain Dumas driving the winning Volkswagen I.D. R. with a time of just 39.9 seconds. 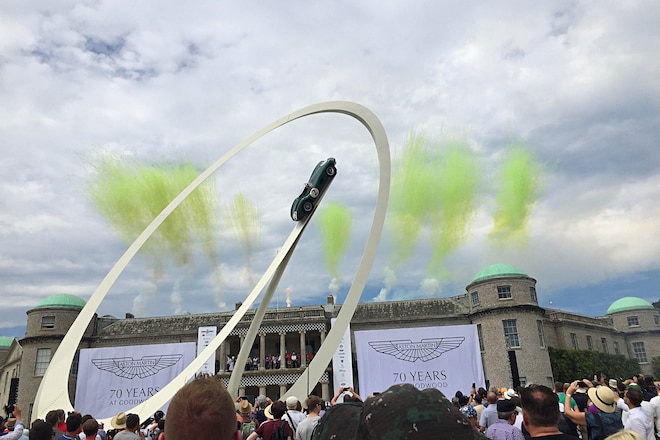 By invitation only, the hillclimb sees an eclectic field of racecars; everything from Duncan Pittaway’s Fire-belching, 28.5-liter, 4-cylinder 1911 Fiat “The Beast of Turin” to The Giants of Rallying both past and present. As you would expect, there was an impressive field of drifters including Ken Block, and ‘Mad’ Mike Whiddett with his wild rear-wheel drive Lamborghini Huracan ‘Slambo.’ There were even autonomous cars such as the Roborace Devbot with no driver that ran the hill in 66.96 seconds. Call me old fashioned, but driverless racing seems a lot like slot-car racing to me. I just wonder if, when you remove the human element, you remove the point. It would be like climbing Mount Everest using virtual realit- who cares?

As mentioned earlier, this year’s fastest time was set by Frenchman Romain Dumas driving a Volkswagen I.D. R. electric racecar in which Dumas won the 2018 Pikes Peak hill climb in Colorado. Dumas scorched up the hill during the Saturday practice in just 39.9 seconds. He was expected to go faster on the final Sunday, but rainy conditions prevented a faster run. Consequently, the official results put Dumas’ time at 42.32 seconds: fast, but not fast enough to eclipse Nick Heidfeld. 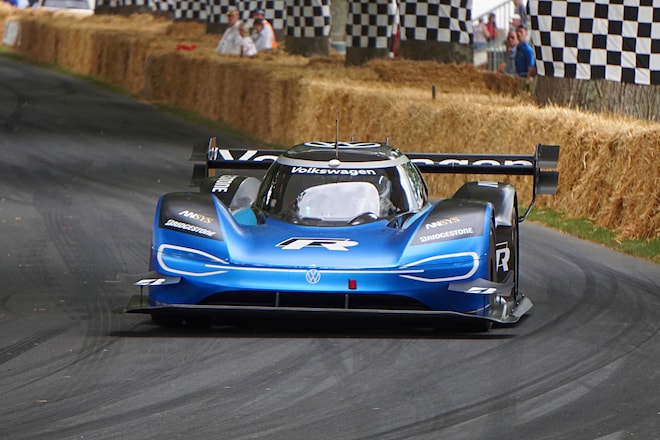 It’s a sign of the times that the fields of Goodwood are now littered with super cars. Everywhere you looked there were lines of Lambos, Ferraris, Aston Martins, McLarens, Koenigseggs, Paganis, Porsche, and all the other exclusive brands. We even spotted Pink Floyd drummer Nick Mason’s #22 Ferrari GTO valued, I’m told, at around $85 million.

The Festival now plays host to the unveiling of many new vehicles that, this year, included the Brabham BT62, the Ferrari P4-looking De Tomaso, the Lamborghini Urus SUV, the $3M Koenigsegg Jesko, a rash of new Viper-ish Ferraris, and the McLaren GT and Longtail. There was even an all-electric Gen I Mustang from Brit company Charge Cars for only $375,000. One wonders just how many supercars the market can swallow. 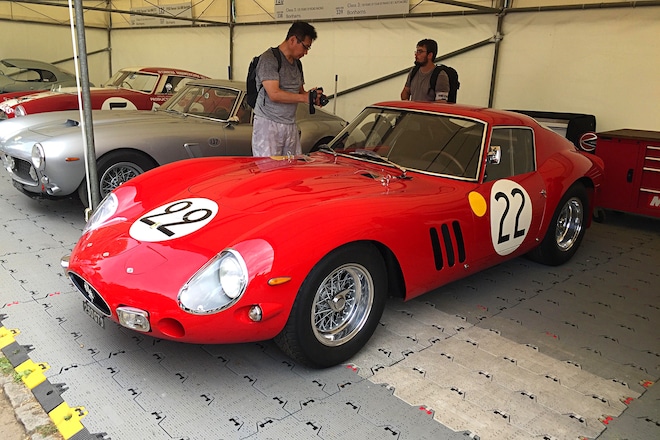 One of the most appealing aspects of the FOS is the up-close-and-personal access to the cars and the drivers, particularly if you are a Formula One fan. You can get within a few inches of the cars, check them out, hear them run and meet and greet the mechanics and the drivers. I don’t know of anywhere else you can do that in such a casual atmosphere. To name but two we bumped into ‘King’ Richard Petty and three-time F1 Grand Prix winner Sir Jackie Stewart.

Besides the summer FOS, Goodwood hosts the Revival, scheduled for the weekend of September 13-15 this year, on the old Goodwood Grand Prix circuit that is also on Duke’s estate and was an airfield during World War II. The Revival features historic circuit racing with everybody in period dress. Like the Festival, it’s a fantastic event to add to your bucket list. For more info visit Goodwood.com.

Just Five Ford GT40 Roadsters Were Ever Made