Our spies had a tête à tête with the new rear-wheel-drive machine.

It was only yesterday when our spies caught what looked like an all-electric BMW M2 test mule testing in northern Europe and now we have fresh photos to share. This time around, the M2 in question is the traditional inline-six model with its rear-wheel-drive layout, and hopefully, a manual gearbox to boot. It was spotted just outside of the Nürburgring wearing a lot of makeup to hide its production body.

BMW has yet to reveal the next-generation 2 Series Coupe, but it seems the range-topping model is not far behind considering the test vehicle appears virtually ready to lose the camouflage. From the huge front brakes to the quad exhausts, it’s pretty easy to tell this version will sit at the top of the food chain in the 2er hierarchy. 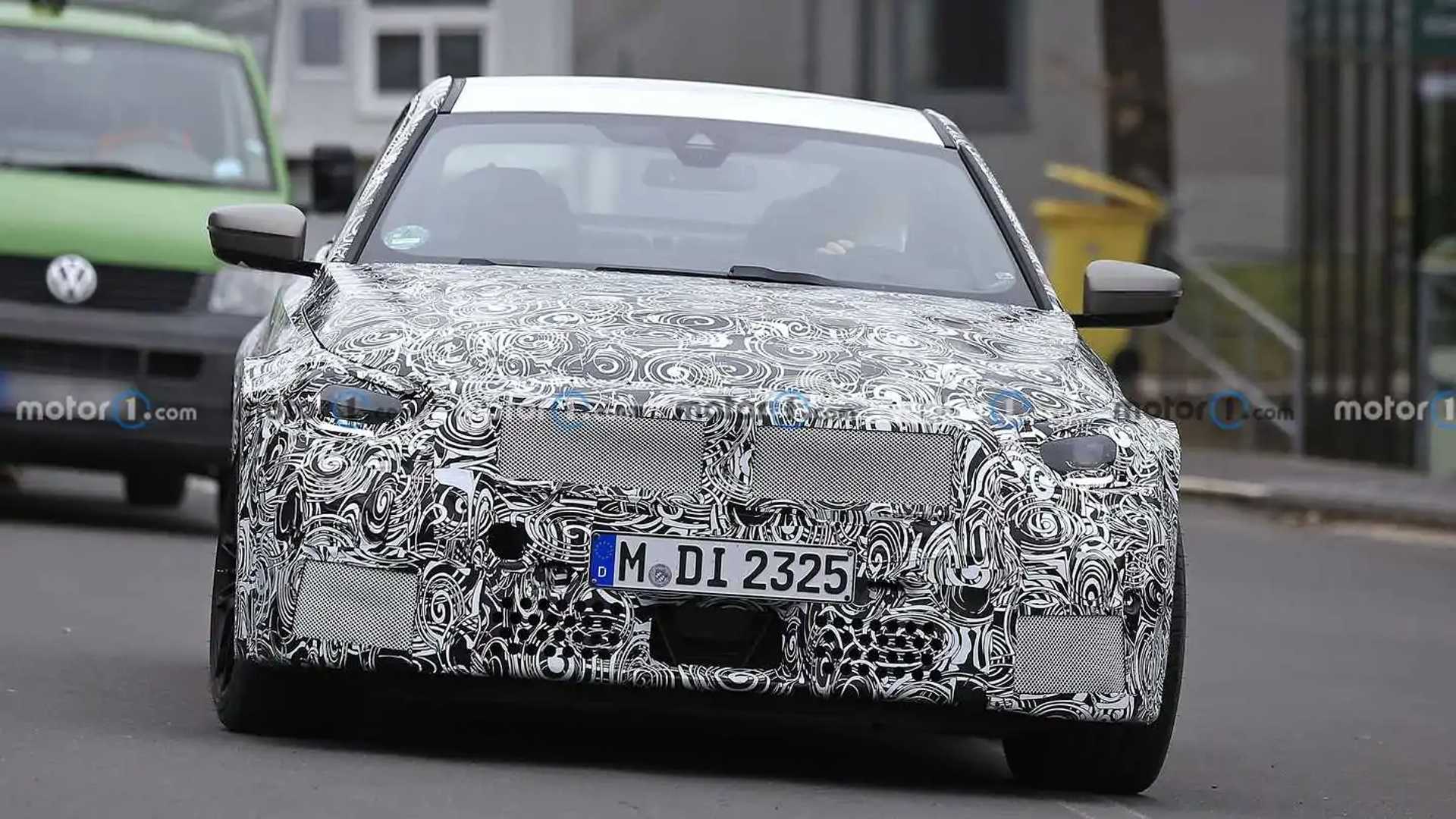 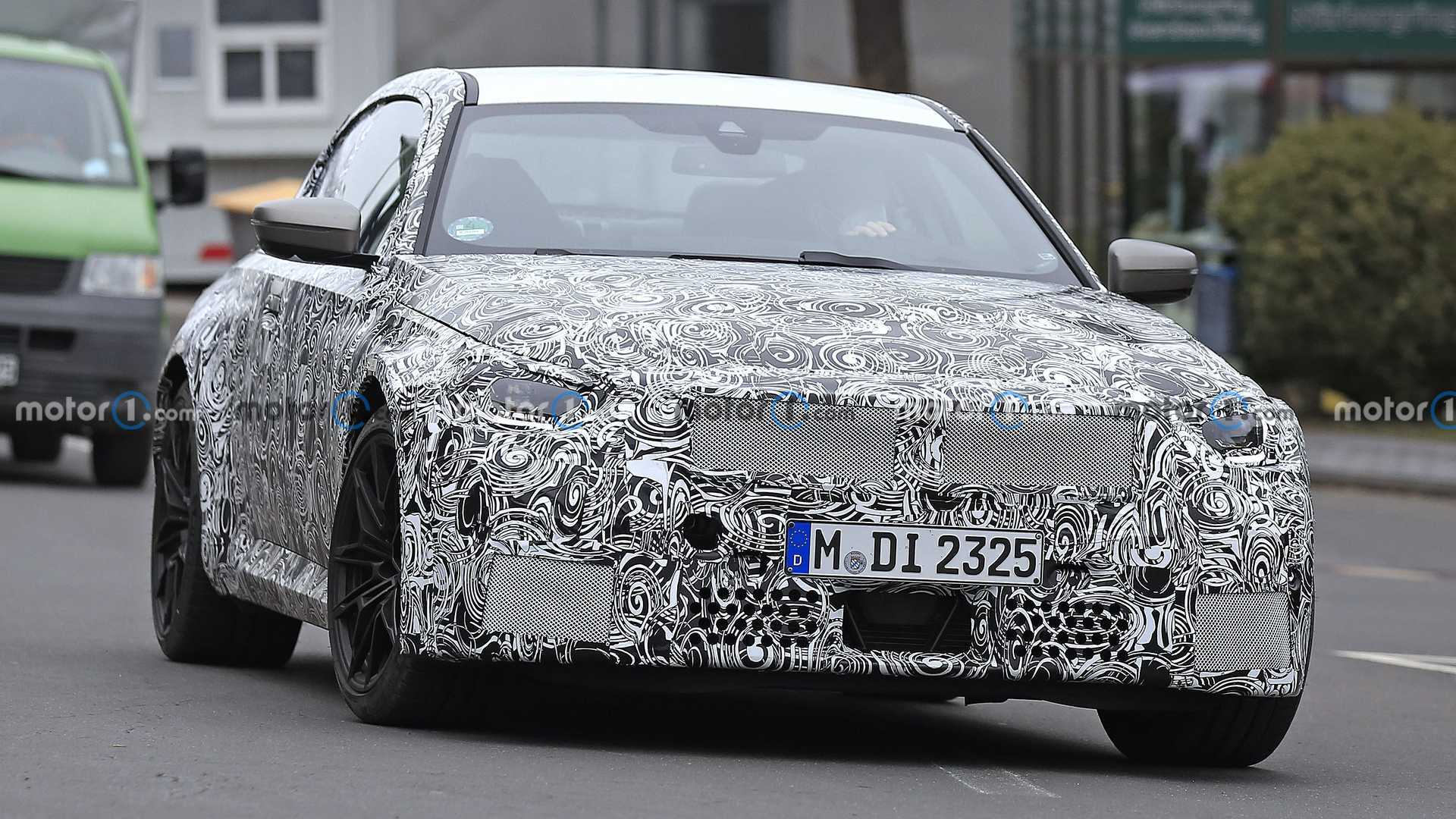 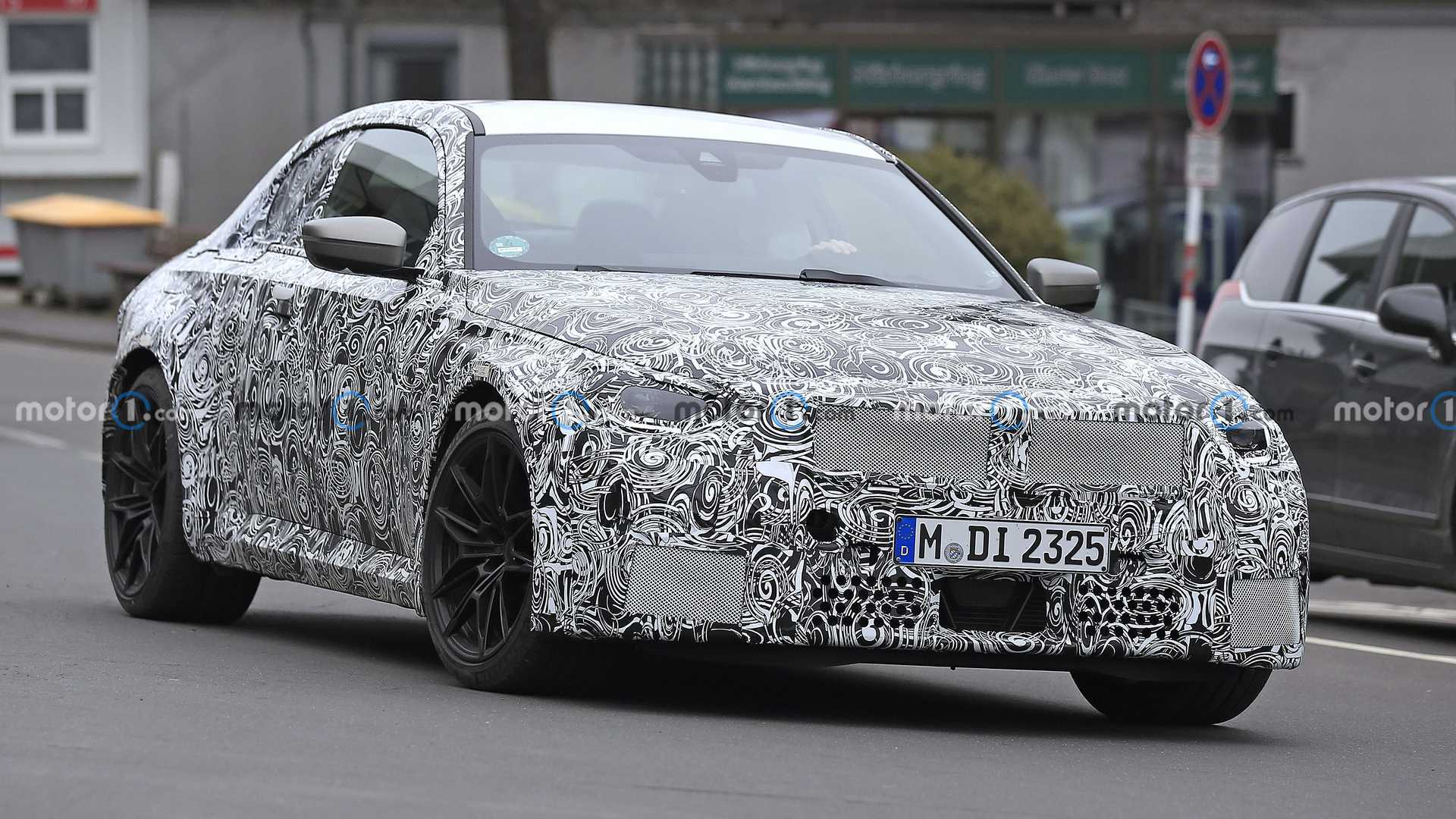 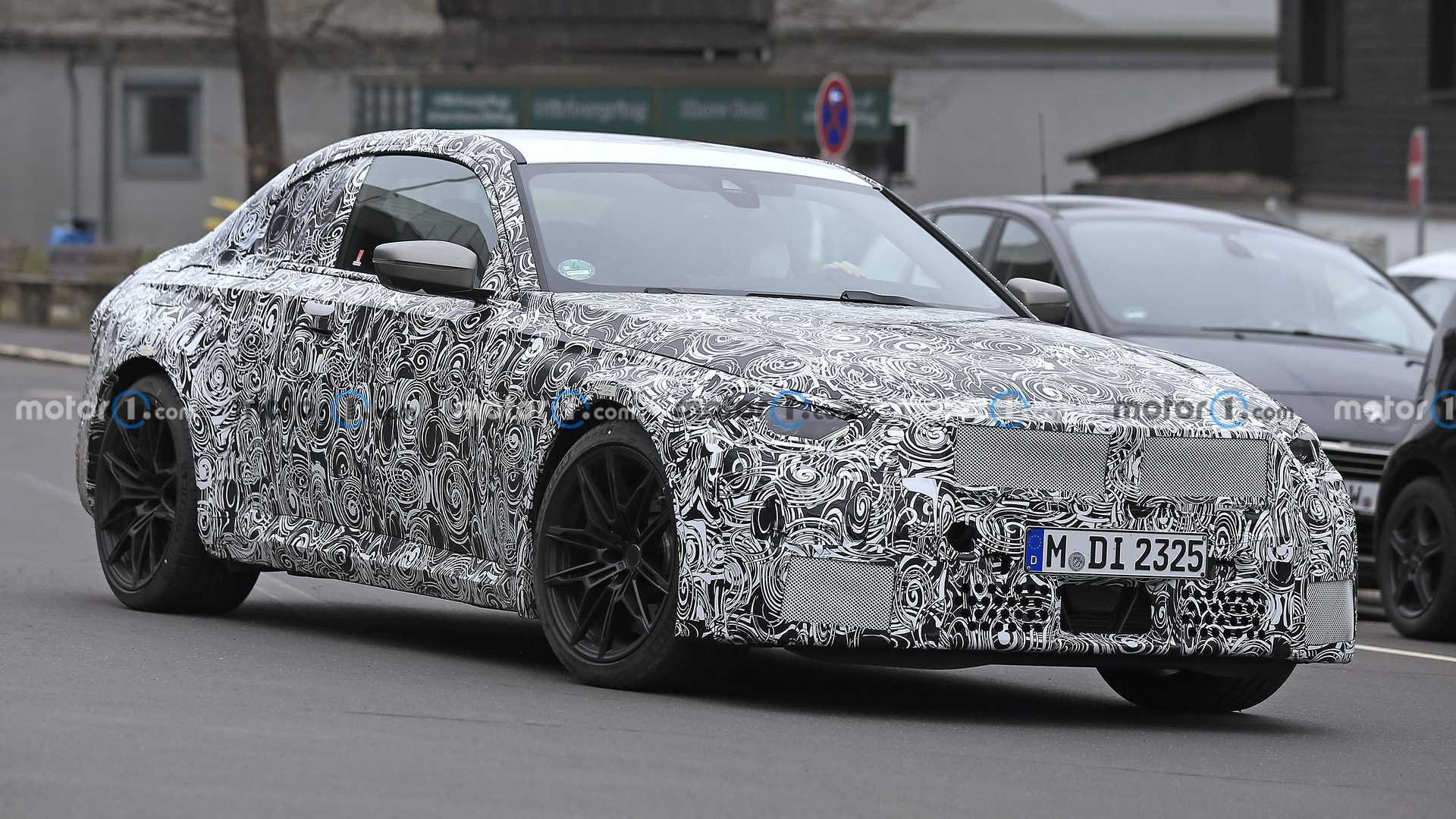 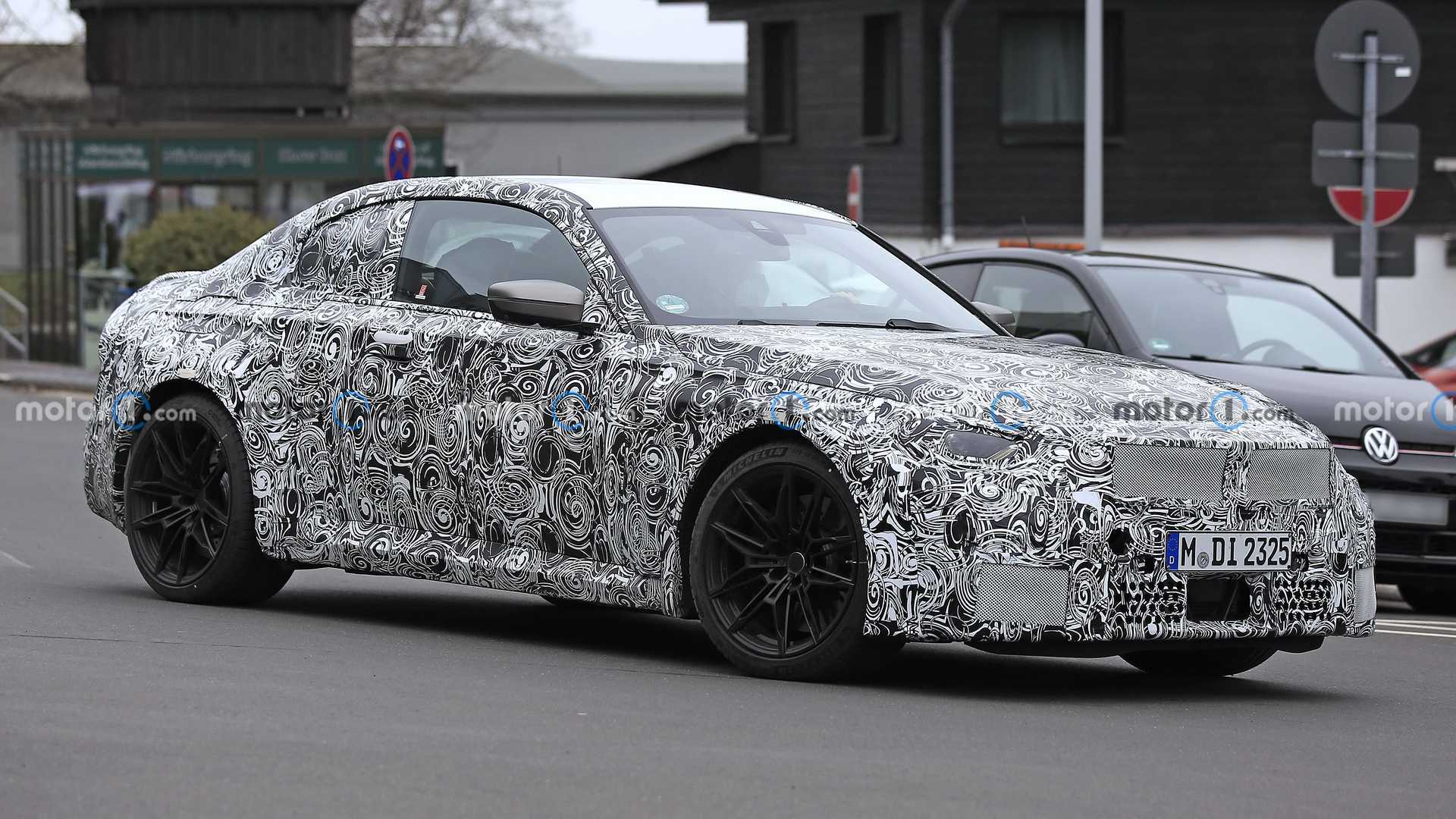 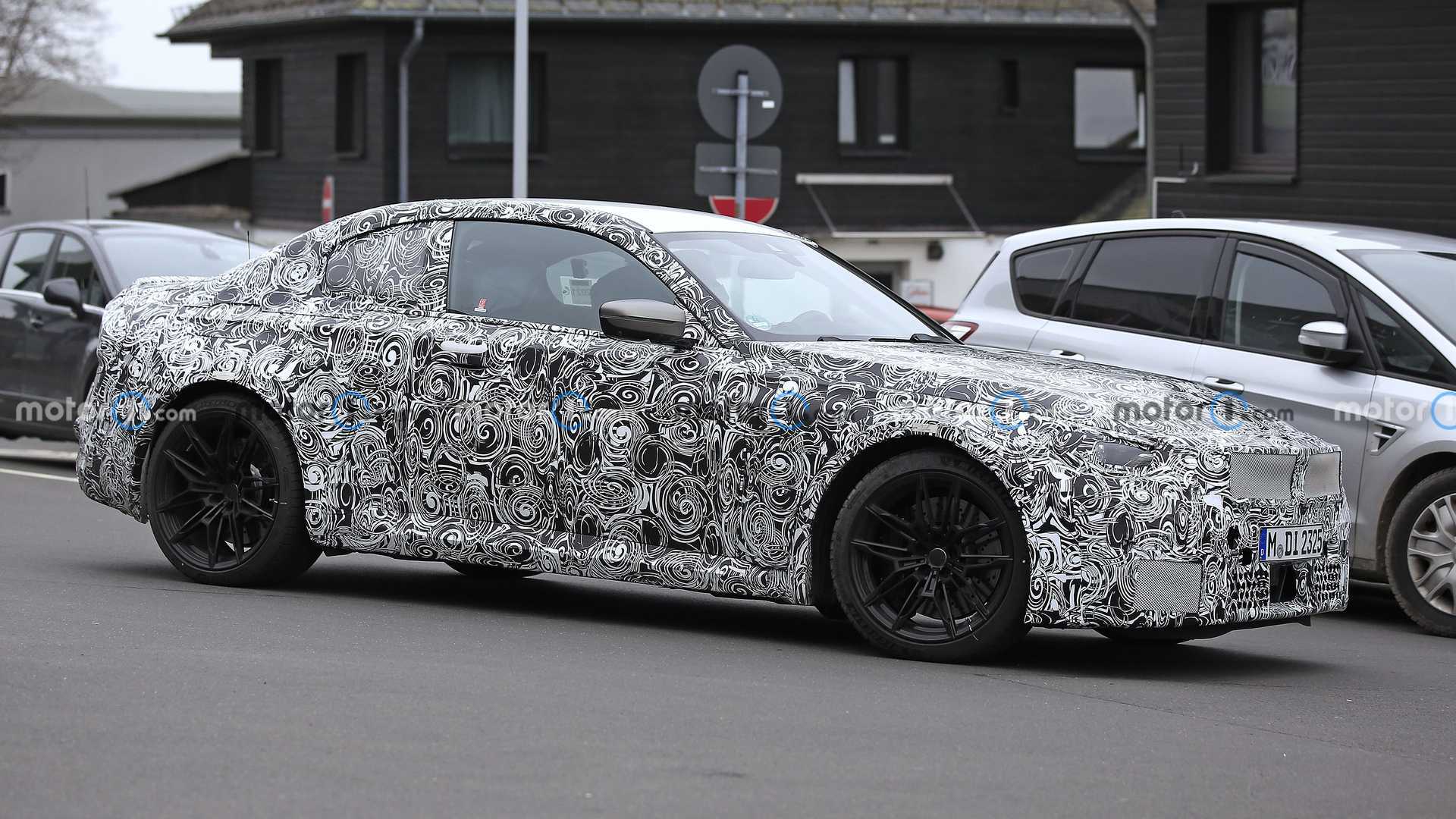 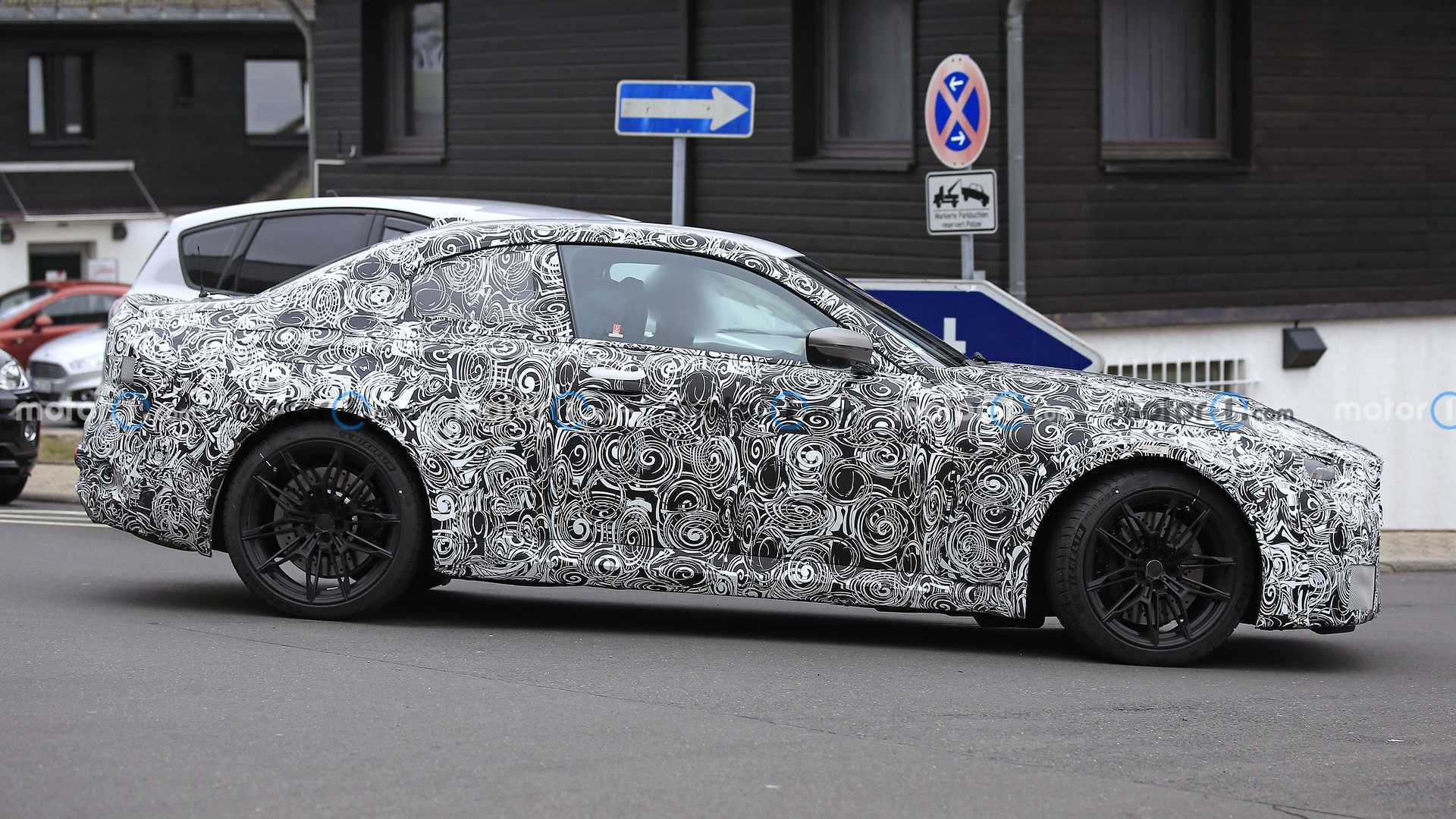 The heavy disguise does its job of completely masking the car’s design, but you can tell the M2 has a different door handle design, with a hilariously fake white door handle sticker above it. Zoom in and there are tiny rivets holding in place additional layers of camo around the rear pillar, presumably to better conceal the Hofmeister kink. A subtle trunk lid spoiler further denotes this isn’t your run-of-the-mill 2 Series.

The standard coupe and its high-performance M2 counterpart will be the only models from BMW’s 2 Series lineup to retain the RWD layout as the Active Tourer minivan and the Gran Coupe are both based on a front-wheel-drive architecture, with available xDrive. We haven’t seen spy shots of a future convertible that would also retain the tail-happy layout, so we don’t know whether there will be another 2 Series with a folding roof.

Expect BMW M to cram the new M4’s 3.0-liter in the engine bay, but dialed down so that it wouldn’t step on its big brother’s toes. We’re hearing it will have more than 400 horsepower even in its base form, with subsequent spicy derivatives to add ponies later this decade.

The standard 2 Series Coupe could possibly debut before the end of the year, so the M2 should be unveiled at some point in 2022.

Drivers could be fined £2,000 for not securing their boot under new immigration laws