It could wear the CS or CSL badge.

BMW revealed the M4 Competition alongside its M3 sibling back in April, and new spy shots show the company is developing an even hotter M4 variant. It’s not clear if this car will be called the M4 CS or the M4 CSL, though the photos show the car receiving a reworked front fascia, a bigger spoiler, and other performance-oriented changes that will put it above the M4 Comp in the lineup.

The new spy shots reveal a blue coupe with partial camouflage covering the front and rear clips, which is where we expect the bulk of the styling changes to hide. The swirly wrap hides the details, though it’s impossible to miss the aggressive front splitter, gaping air intakes, and winglets. At the rear, there’s a noticeably larger trunk lid spoiler that sits above a reworked lower bumper and diffuser, which accommodates a pair of dual exhaust tips. 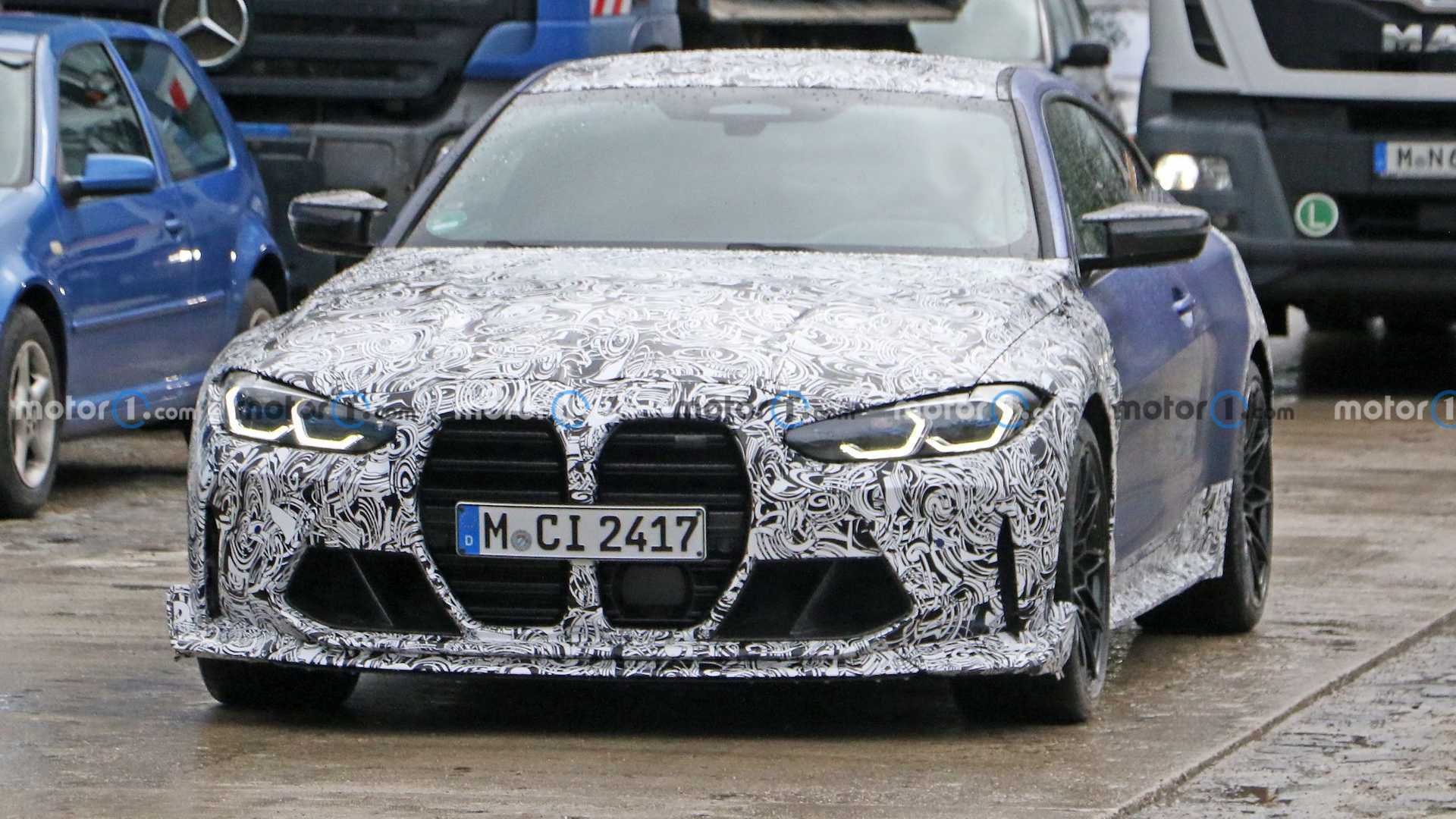 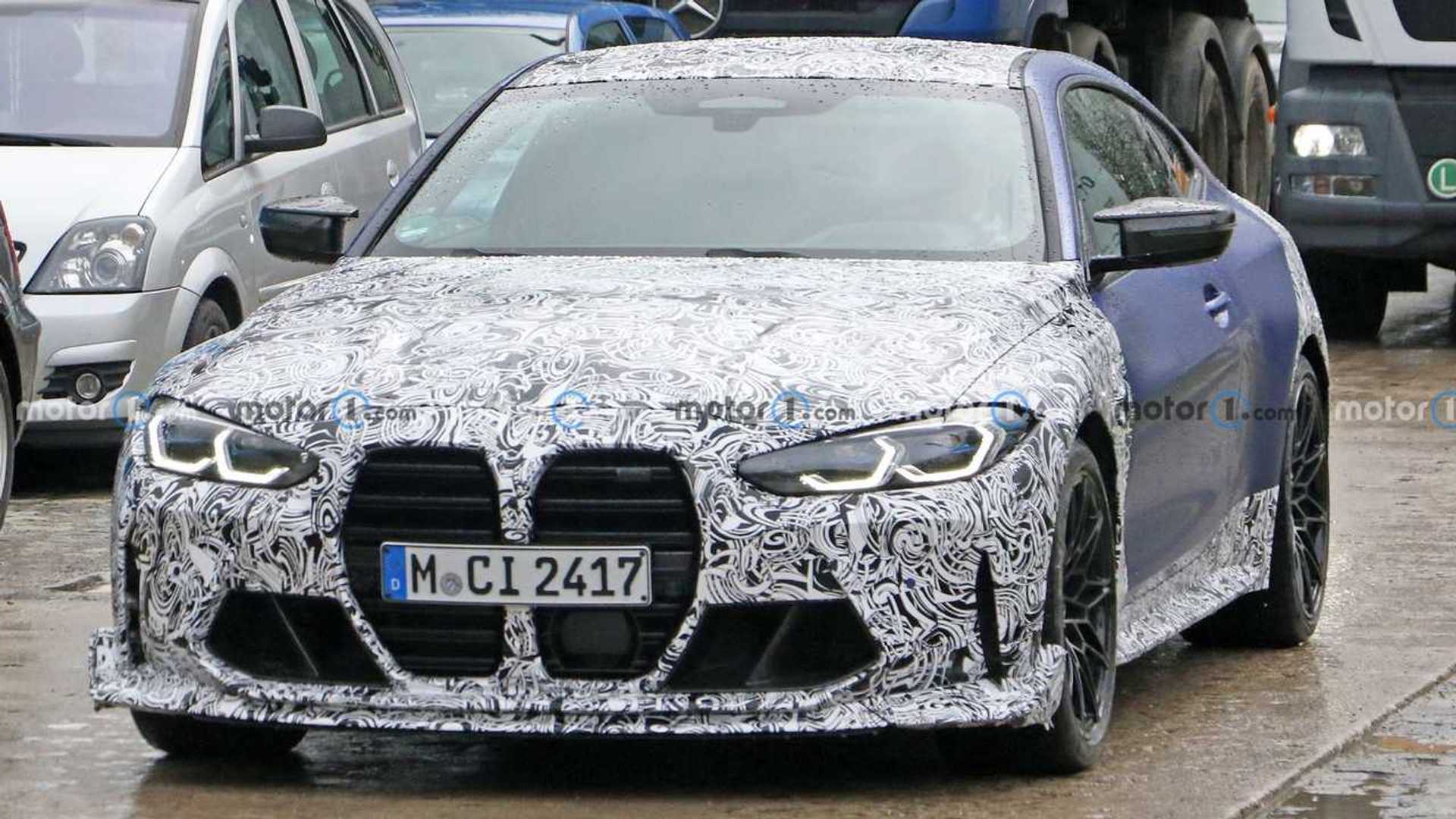 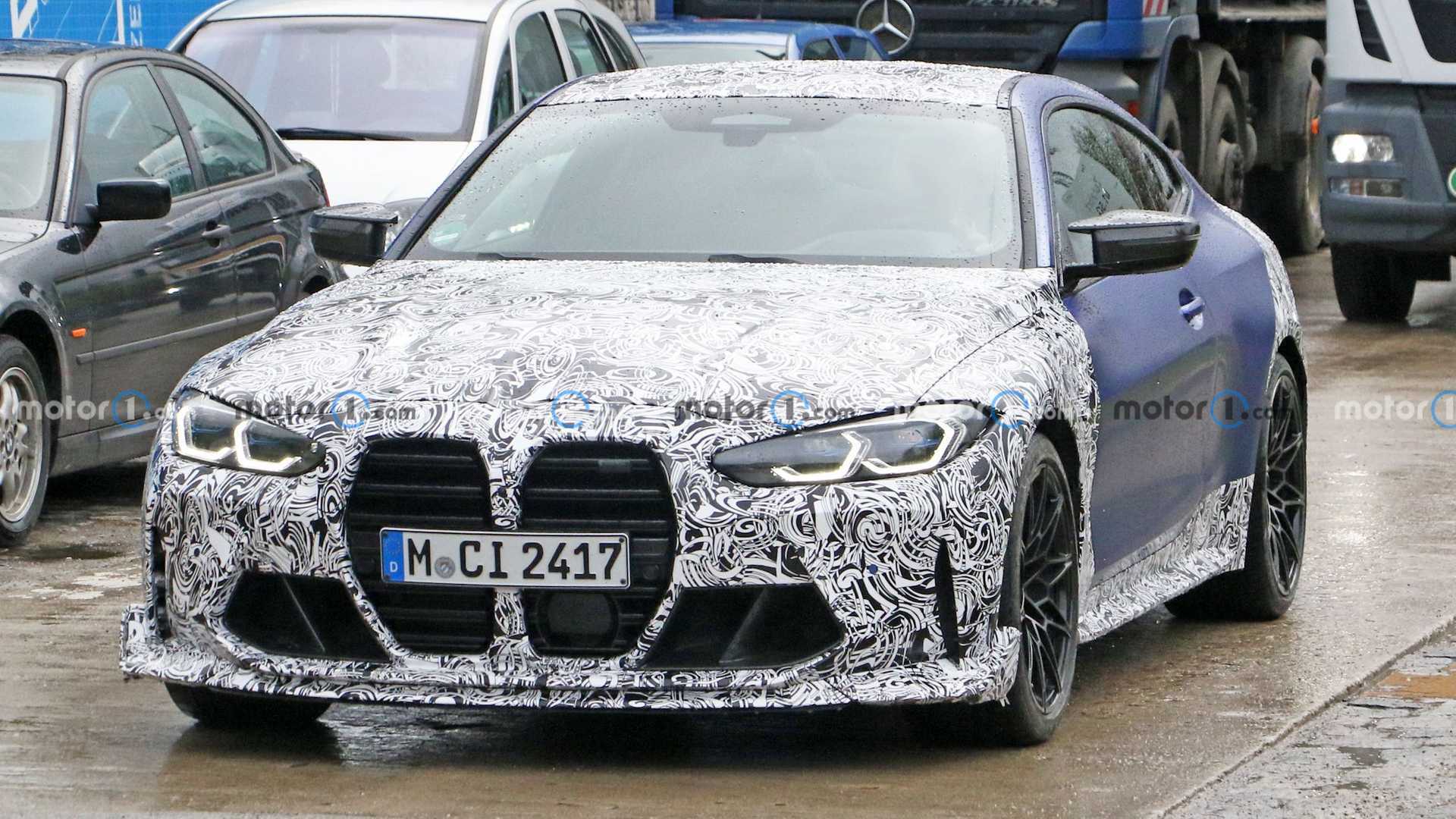 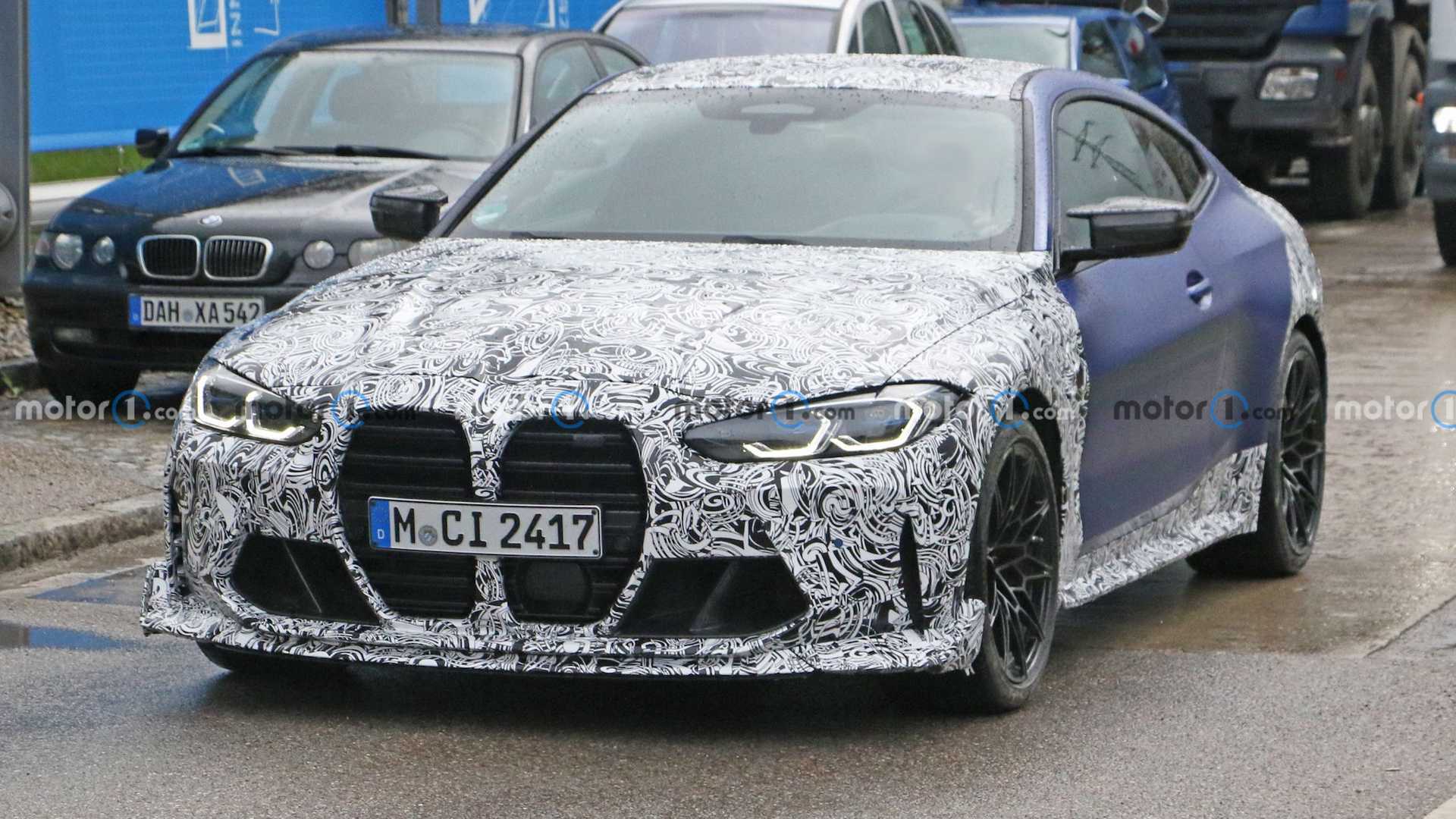 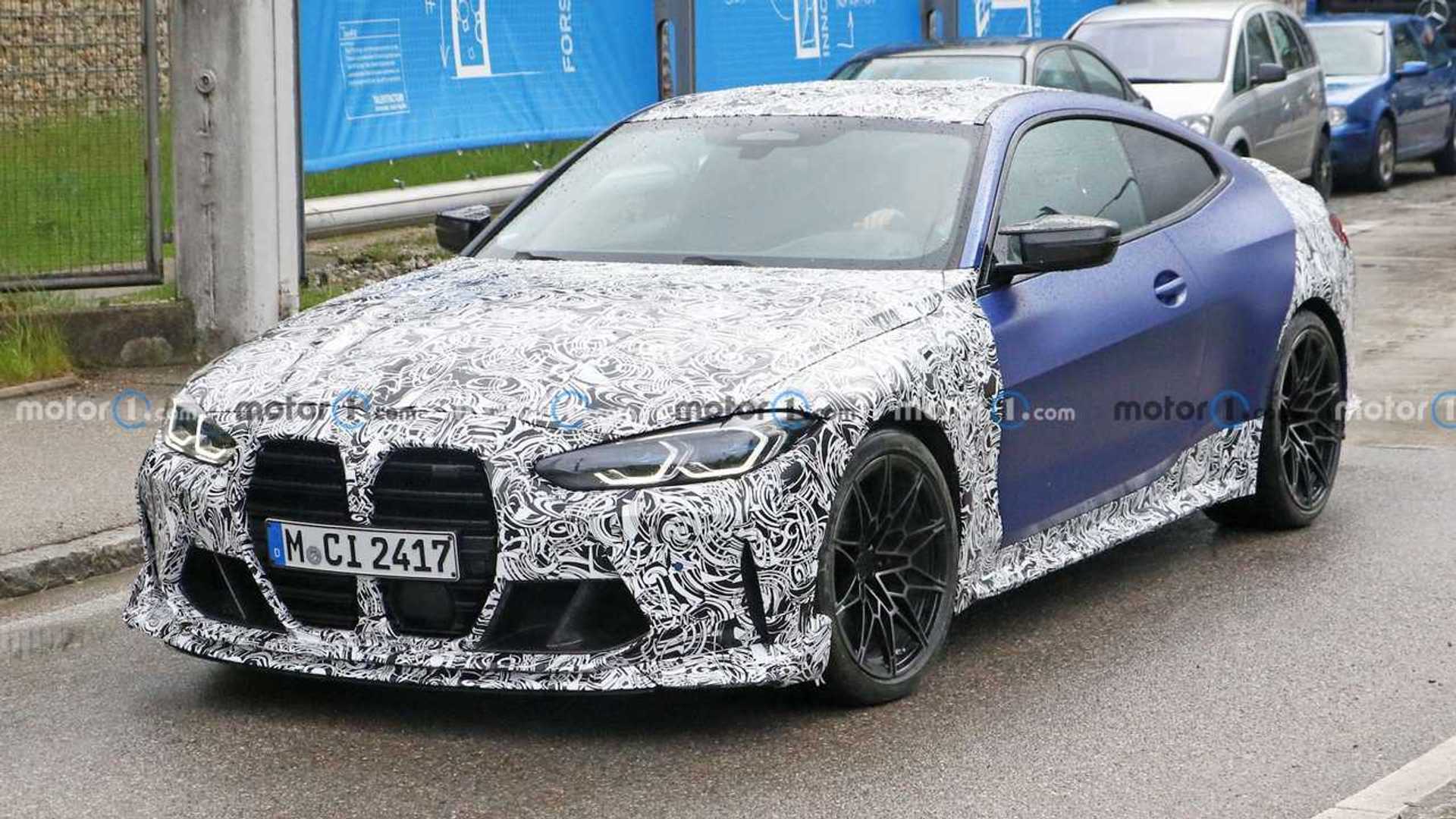 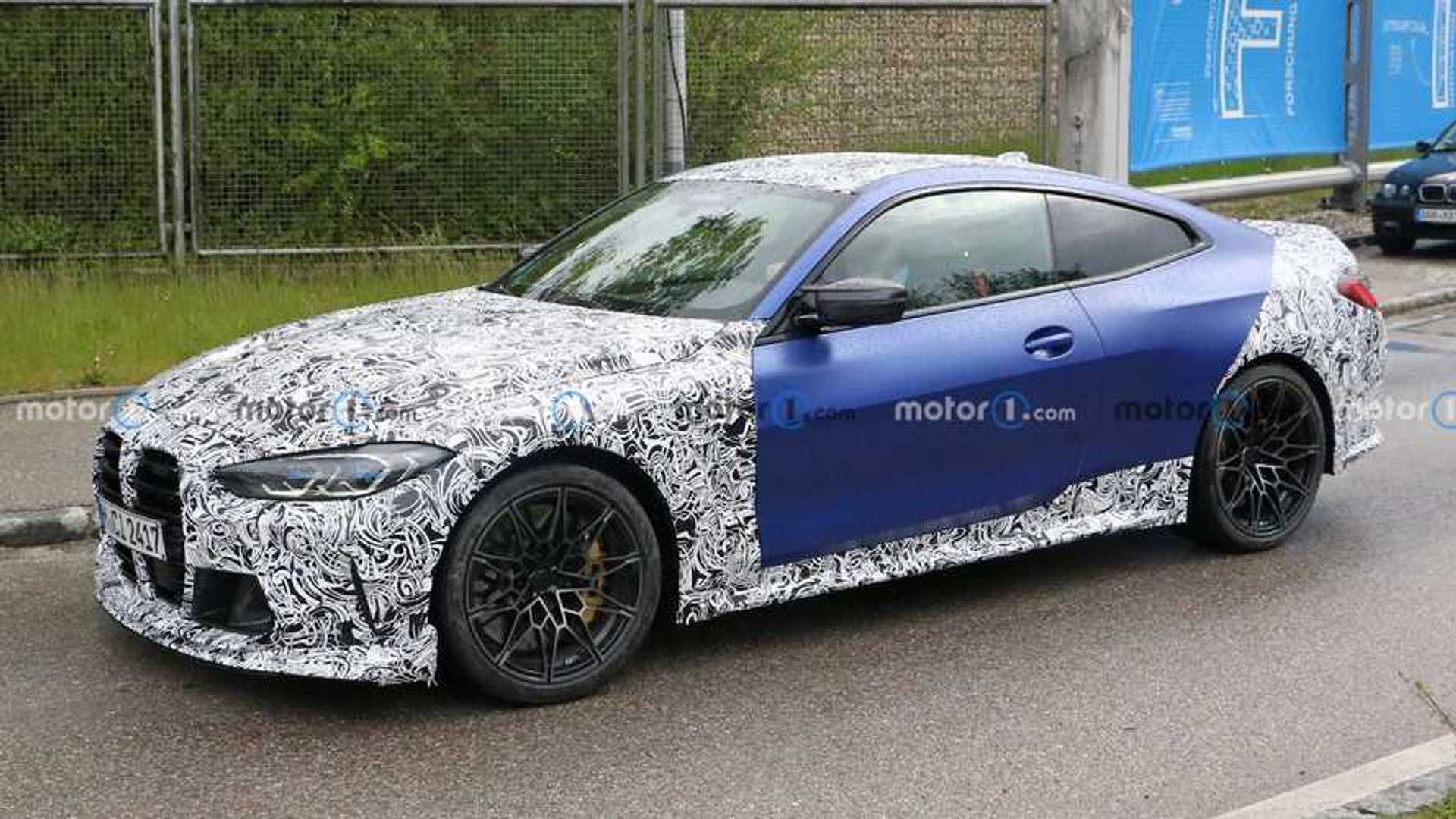 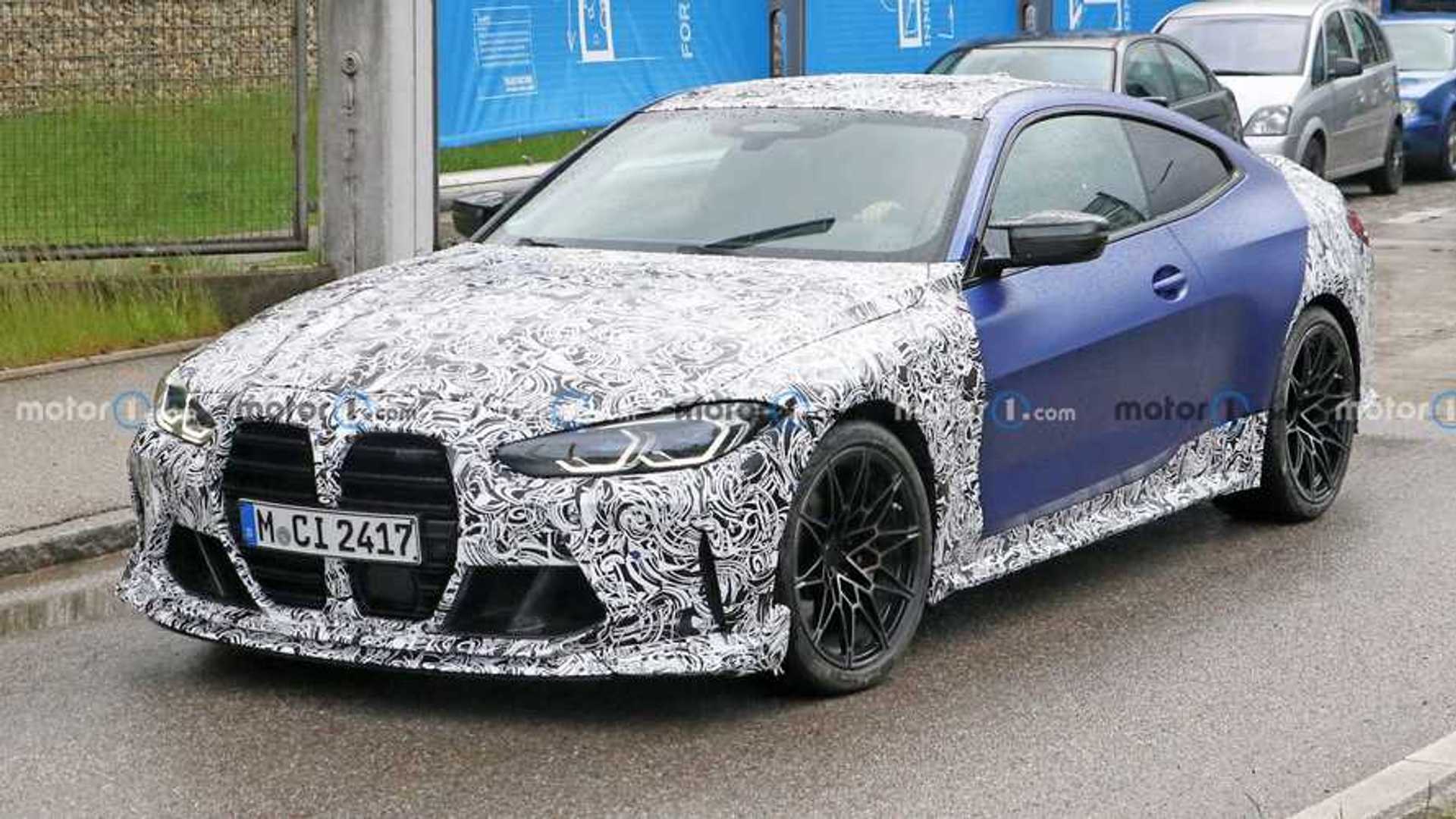 BMW’s tried-and-true twin-turbocharged 3.0-liter straight-six engine is expected to deliver at least 503 horsepower (375 kilowatts), which is what the mill makes in the M4 Competition. If there is an increase in power, it won’t be much beyond that. However, the hotter M4 will likely focus on reducing the car’s overall weight, which should help make the car quicker without needing a large power boost. Rumors suggest BMW will pair the potent mill with a six-speed manual gearbox and rear-wheel drive.

It’s unclear when BMW will introduce the hotter M4, whether it’s called the M4 CS or M4 CSL. A report from February alleged that the car wouldn’t enter production until July 2022 – more than a year from now – even though the car looks nearly ready for production. The report also suggested that BMW would limit its production run to just 1,000 examples. The long-off production start date means we likely won’t see the new M4 variant debut until the beginning of next year.