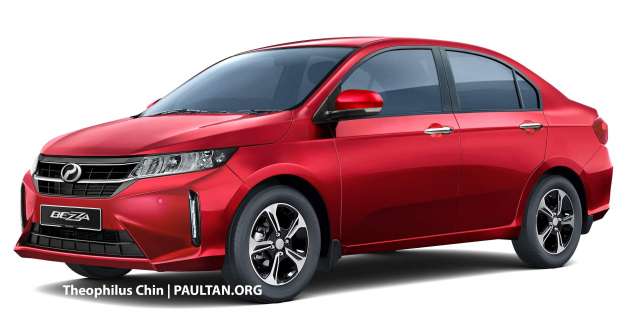 When the Perodua Bezza was first introduced in 2016, there were some that criticised the way it looked. A few years later, in 2020, the A-segment sedan was given a facelift, resulting in a bolder design, but there were still those who weren’t convinced.

Taking those comments into consideration, rendering wiz Theophilus Chin has come up with his interpretation of what a second-generation Bezza could look like. The redesign you see here is said to give the model “a more balanced, acceptable shape” and omits common design problems of many A-segment sedans (looks awkward, too tall, too skinny and a rear that’s “too high”).

To create an all-new Bezza in virtual form, Theo used the latest Honda Amaze as a base. The Amaze facelift was launched in India last August and is an A-segment model that occupies the sub four-metre entry-level sedan segment in the country. 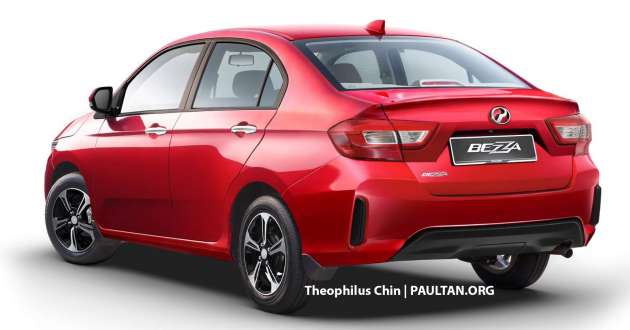 According to Theo, the Amaze was chosen because it has better overall proportions, save for its short boot. The stubby rear is there because of the segment the Amaze is in, which requires its overall length to not exceed four metres, which is something that other rivals in its class like the Maruti Suzuki Dzire, Hyundai Aura, Ford Aspire and Tata Tigor must follow to quality for a lower taxation bracket (such cars must also not exceed certain engine capacities).

As the Bezza doesn’t have to meet these requirements (it’s 4.15 metres long in its current form), Theo is free to transform the Amaze into a next-gen Bezza by extending the Honda’s rear overhang and boot. The front of the Amaze also gets swept back and what appears to be face of the latest Myvi is grafted on, including the vertical LED daytime running lights and reshaped reflector LED headlamps.

Elsewhere, the Amaze’s A-pillars are pushed forward, while the side windows and doors have been reprofiled and/or tidied up to mimic the current Bezza. Other cues include adapted Myvi taillights, the current Bezza’s side mirrors, a new rear bumper to match, a lipped boot lid, revised shut lines, Perodua badges and wheels, as well as a lowered ride height.

So, what do you think of Theo’s take on a second-generation Bezza? Does it look better than the current model? What other design changes do you think should be implemented? Let us know your thoughts in the comments below.