Even though the 2023 Nissan Z made its official debut in the United States in August 2021, it’s only now the equivalent Fairlady Z is celebrating its premiere at home in Japan. The original Z Proto that went on to preview the production model is also at the Tokyo Auto Salon where it shares the spotlight with a one-off creation based on the prototype.

It’s simply known as the Nissan Fairlady Z Customized Proto and comes with a striking orange shade harkening back to the Z432R. In case you’re unfamiliar with the model, it was a JDM-only version created for homologation purposes and got its “432” name from the straight-six engine’s four valves per cylinder, three carburetors, and two camshafts. It’s one of the most expensive Nissans money can buy these days, should one of them come up for sale. A couple of years ago, a Fairlady Z432R was sold for over $800,000. 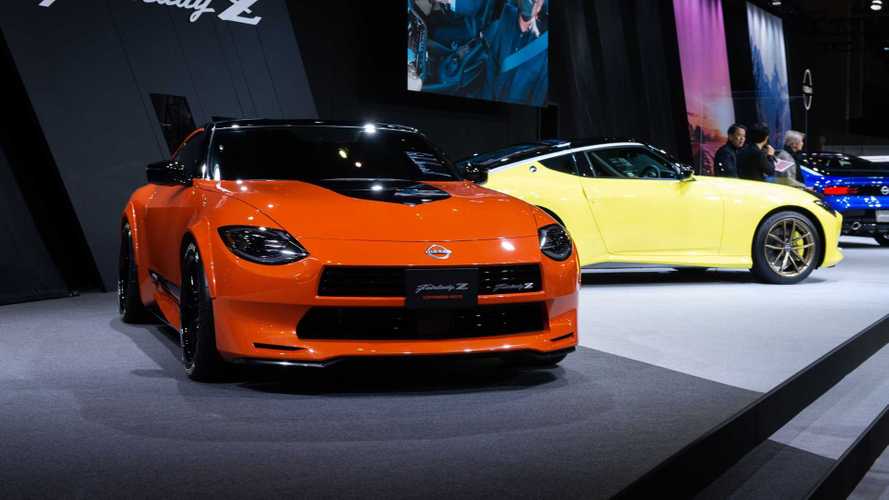 Aside from its attractive paint, the one-off creation strengthens the connection with its 1970s ancestor by having an assortment of black accents and a split front grille. These are noticeable on the hood, side profile, roof, and also at the back. In addition, Nissan installed retro-styled black wheels wrapped in vintage tires adorned with white lettering to mimic the Z432R race car.

A closer look at the sports car’s silhouette shows subtle overfenders at both axles and orange brake calipers to match the body and the outline of the wheel’s center cap. Much like the 2023 Z in the hotter Performance trim, it gets a spoiler mounted on the tailgate, but slightly larger and with more of those black accents. Rounding off the changes is the custom exhaust with a unique design for the dual finishers.

In the US, the new-but-not-all-new Z will go on sale early this year and is estimated to kick off at around $40,000.