Nissan’s e-4ORCE vehicle control technology will debut later this year in the US on the Ariya electric crossover, but until then, the automaker is showcasing an unusual use for it.

Turns out that e-4ORCE tech can also power a motorized server tray to serve bowls of noodles swiftly, without spilling a drop of soup or disturbing the integrity of the presentation. It can do that by suppressing sloshing and movement as the bowl travels from chef to patron.

The video released by Nissan shows how the ramen delivering vehicle benefits from e-4ORCE, the automaker’s most advanced all-wheel control technology that accurately manages power output and braking performance for smoothness and stability.

The system is said to enhance driver confidence by tracing the intended driving line over almost any road surface, including wet and snowy roads. It does that without the need for changes in driving style or input. 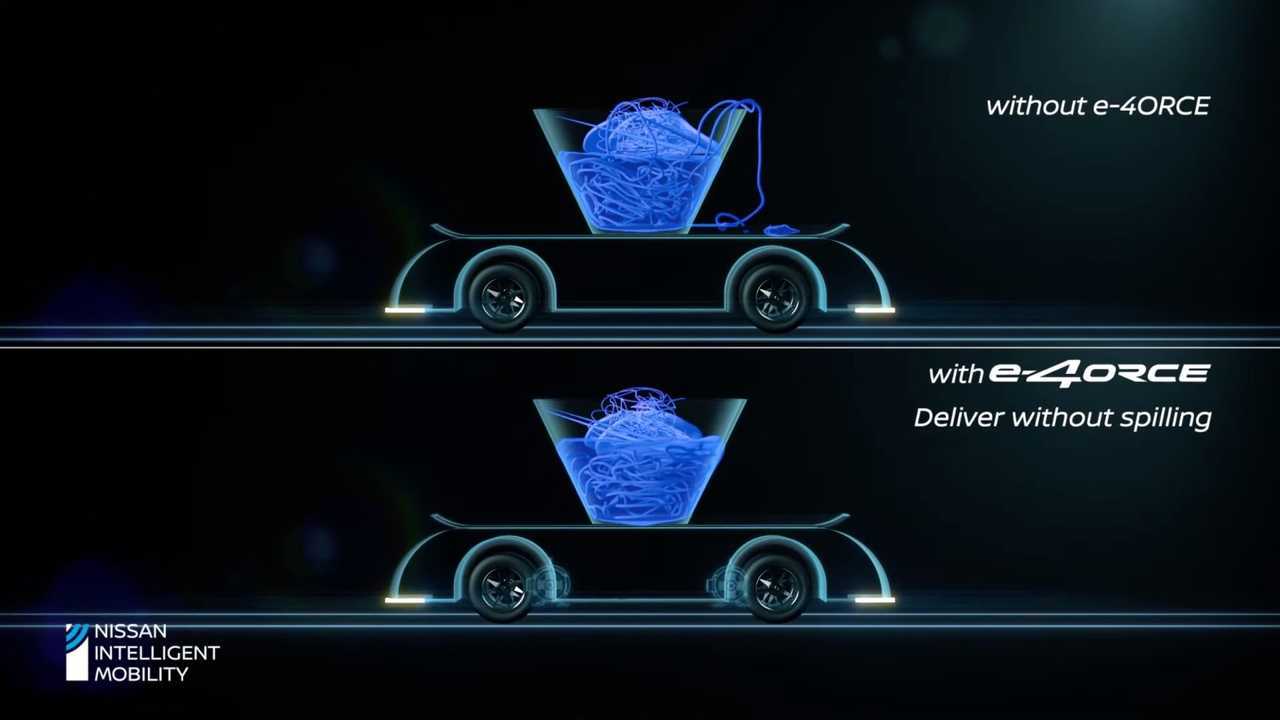 The system also minimizes vehicle pitch and dive, which can cause motion sickness, through front and rear motor regenerative braking when the vehicle is decelerating.

In this unusual application as an e-4ORCE ramen server tray, two electric motors with special tuning from engineers operate independently to deliver the same swift acceleration and smooth travel on the countertop as the Ariya with e-4ORCE aims for on the road.

The automaker says e-4ORCE is born from its rich history of developing all-terrain vehicles and sports cars, with the system being the spiritual offspring of the Nissan GT-R’s ATTESA E-TS torque split system and the Patrol’s intelligent 4×4 system.

Watch the video above to see how the e-4ORCE-powered server tray deals with the task it was designed to accomplish.

The 2023 Nissan Ariya is now available for reservation in the United States for a fully refundable $500 fee. Arriving in dealerships this fall, the electric crossover will be available in four trim levels: Venture+, Evolve+, Premiere, and Platinum+. The latter is the only one offering the 389-horsepower e-4ORCE AWD system and also the most expensive with an MSRP of $58,950.