BMW unveiled the mildly facelifted M8 lineup at the end of January and decided to host its public debut last weekend at the 2022 Amelia Concours d’Elegance. As a nod to the past, the Bavarians also brought the elusive M8 E31 prototype from the early 1990s. Purely a one-off, the gorgeous coupe took the 850 CSi to a whole new level by packing 640 horsepower. That’s even more than the M5 CS aka BMW’’s most powerful production car ever.

Our friends at BMWBLOG had a chat with Ben Voss from BMW Classic to learn more about the M8 E31. The prototype was unearthed in 2010 after being kept a secret for 20 years, and it’s barely been seen out in the open since then. Dressed to impress in red, the Bimmer unicorn hides an enlarged V12 engine with a 6.0-liter displacement whereas the 850 CSi had a 5.6-liter capacity and 265 less horsepower. 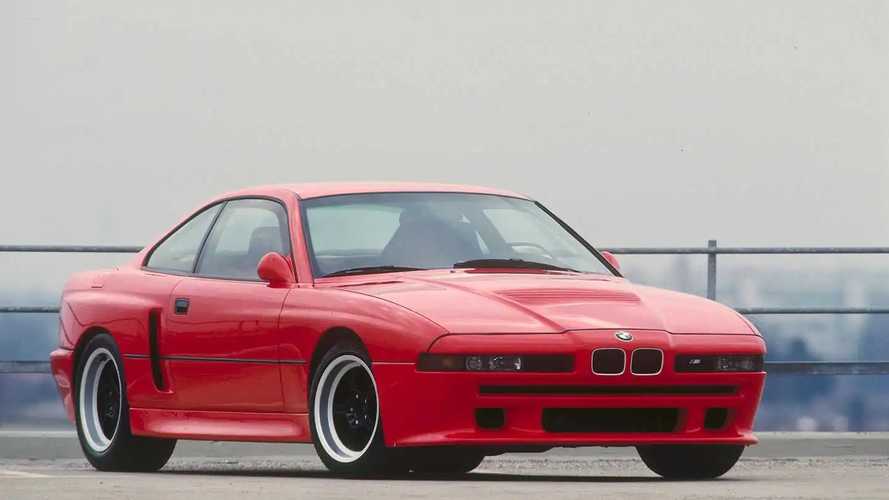 There was more to the unique M8 than its naturally aspirated powerhouse as it also used a great deal of lightweight glass-reinforced plastic. The intake was entirely made out of carbon fiber. Interestingly, the wheels’ spokes have a carbon fiber cover, but the 17-inch wheels themselves are from alloy. Speaking of juicy tidbits, the wider rear fenders host radiators with hoses extending onto the roof, meaning you can hear the coolant flowing above your head.

Fully wrapped in Alcantara, the interior also went through quite a few changes since BMW took out most of the creature comforts. The dashboard lost the switchgear of the 850 CSi to make room for three dials and manual climate control. In addition, the rear seats were erased while the front ones were upgraded to bucket seats with harnesses. And yes, it still had a six-speed manual gearbox.

With the M760i Final Edition, BMW is bidding adieu to its V12.