Phones can distract a road user from any upcoming hazards and can cause you to be a danger to other road users. Police officers can issue fines of £200 and up to six penalty points for even touching a device behind the wheel and the law even stands for passengers under certain conditions.

Motorists can be hit with the fines for using their mobile phone while supervising a learner driver on a driving lesson.

This is because the person in the passenger seat is legally responsible for the vehicle and therefore usual road laws apply to the instructor as well as the driver.

The law is in place for both professional driving schools and family members who may be teaching their son or daughter to drive for the first time.

Neil Greig, IAM RoadSmart Director of Policy and Research said: “Supervising a learner actually puts you in the driving seat so legally you must treat it in the same way as if you were behind the wheel. 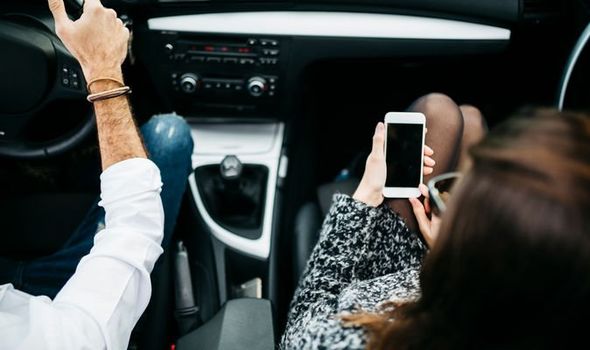 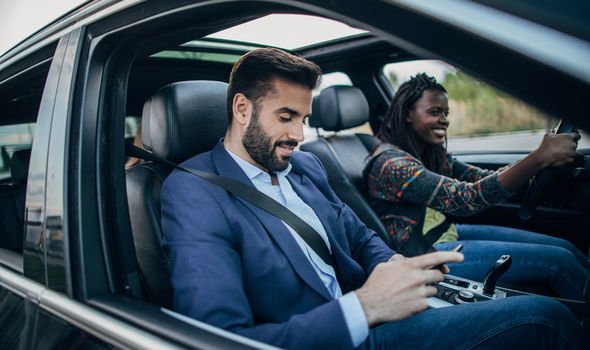 “Learning to drive is stressful enough without a passenger beside you who is more worried about posting than parking.”

Driving instructors are urged to place their phone in their vehicles glove compartment during a lesson so they can give their full attention to their pupil.

GOV.UK warms that using a phone will mean an instructor or motorist is not be paying full attention to what is happening on the road.

This could lead to devastating consequences as GOV.UK warns instructors may not be able to react quick enough to something that could require immediate intervention.

A GOV.UK statement said: “So, you get a text during a lesson. Maybe it’s a pupil asking to re-arrange a lesson, or your partner texting you about dinner.

“As soon as you pick up the phone you’re not only breaking the law, you’re putting yourself, your pupil, and other drivers at risk.”

RED Driving School CEO, Ian McIntosh told Express.co.uk: ‘At RED, we do not advocate any form of mobile phone use while driving. Our instructors teach nearly 100,000 new learner drivers each year and the rules around mobile phone usage are clear: all mobile phones including the instructors’ are switched off.

“An instructor supervising a learner driver who only holds a provisional licence is prohibited from using their mobile phone – this includes both voice calls and texting.

The penalty for using a mobile phone behind the wheel was doubled in 2017 in a safety crackdown.

The rules state motorists cannot even touch a mobile phone when they are behind the wheel of a running vehicle to avoid getting into trouble.

The only exception is to call 999 for matters that are a genuine emergency while you are unable to park.

Mobile phones can be used for navigation purposes as long as the device is connected to a hands free tool.

These allow a motorist to use basic functions such as the radio, follow navigation tools or make phone calls without needing to touch a device.

However, motorists must make sure the phone is not in a distracting position and police chiefs could still hit you with a charge if the phone is deemed to be blocking your vision. 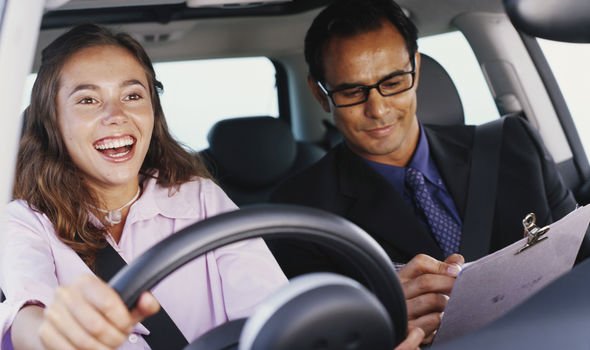 Simple things such as using a phone when the vehicle is stationary at traffic lights or using to pay at a drive-thru restaurant are also enough to hit motorists with fines.

In extreme cases, the costs could rise to £1,000 and some road users may also be asked to attend a court hearing.

Concerned customers can complain about a driving instructor through the Driver and Vehicle Standards Agency (DVSA).

Customers also have a right to complain about there instructors for behaving inappropriately such as shouting or swearing.

Using aggressive language or unnecessary physical contact is also a breach of the regulations and could see an instructor taken off the ADI register.