Petrol hybrids as clean as EVs in Malaysia; the most realistic and accessible choice now – UMW Toyota – paultan.org 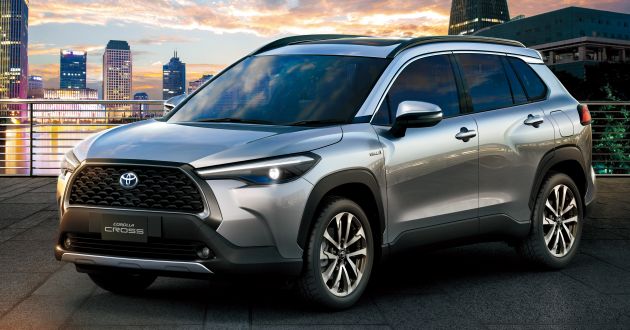 In its announcement confirming the impending arrival of new hybrid models in Malaysia earlier this week, UMW Toyota Motor (UMWT) made some bold claims regarding the ability of petrol-electric vehicles to reduce carbon emissions. As you probably know, hybrid cars are the cornerstone of Toyota’s stated global aim of becoming a carbon-neutral carmaker by 2050.

Deputy chairman Akio Takeyama said that carbon neutrality in the automotive industry is a complex subject and involves the entire life cycle of manufacturing, transportation, energy generation, fuelling and/or charging and the recycling and disposal of vehicles.

These vehicles are being offered in a way that best suits the energy policies and readiness of each country, said UMWT. Development of synthetic e-fuels made from hydrogen is also being pursued, while the brand’s recent and future investment in battery and supply will support its aspirations moving forward. The company has already revised its global electrified vehicle sales target from five million units to eight million by 2030. 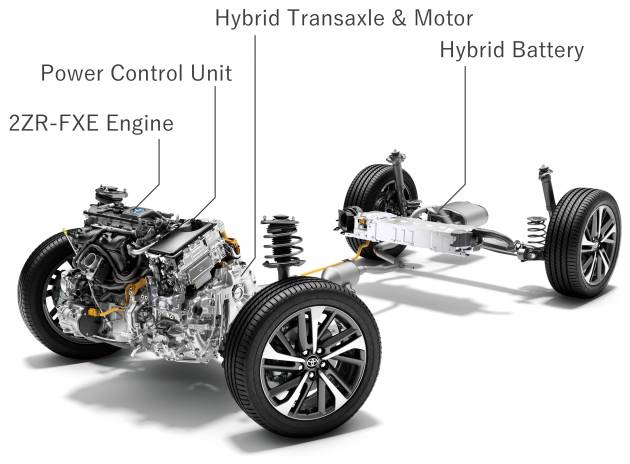 “We are absolutely positive that the HEV is the most accessible and realistic choice for Malaysian customers in terms of practicality and infrastructure, with an enormous potential in Malaysia,” Takeyama said. “It is a realistic bridge towards vehicle electrification while efforts are still being undertaken to help realise enablers for BEV, such as cost reduction, energy mix improvement and infrastructure development.”

Here’s where the big claim comes in – according to UMWT, both HEVs and BEVs produce similar amounts of carbon dioxide emissions during vehicle production, energy generation and ownership over a ten-year period. This makes hybrids just as effective as pure electric vehicles in reducing emissions, the company said – especially given Malaysia’s current energy mix.

“Toyota HEVs are at their most advanced today, and present themselves as the most realistic, immediate, economical and practical solution for mass market production and sale in terms of reduced CO2 emissions, practical usage and price acceptance by customers,” Takeyama added. “It also requires no new infrastructure to be built, for instance charging stations – the vehicle does not need to be charged and it completely eliminates any anxiety users may have in terms of limited driving range.”

So is there any truth in UMW Toyota Motor’s claim?

Doubtless, you’ll be wondering if the company’s statement holds any water in the real world. As it mentioned, the entire life cycle of the vehicle must be taken into account when talking about its total emissions, also known as well-to-wheel emissions. Sure, a pure electric vehicle produces zero emissions on its own, but the process of making the car itself and the electricity used to power it churns out its own nasty fumes. Battery production, including the mining of raw materials such as lithium and cobalt, is an energy-intensive process and is one of the main reasons EV production emits much more greenhouse gases (by between 30 and 40%, according to reports) compared to an internal combustion engine. To be fair, this issue also affects hybrid vehicles, albeit to a lesser degree.

As for the electricity, that depends on the generation fuel mix of each country, with EVs in places that use a greater amount of fossil fuel-based energy (especially coal) creating more emissions than those in areas that depend more on renewable energy. This is the argument of Toyota president Akio Toyoda – that the automotive industry needs to have a wider view of carbon neutrality instead of “blindly” cracking down on internal combustion engines like Europe is.

But are battery electric vehicles really that bad for the environment? Well, according to the International Energy Agency (IEA), a BEV’s well-to-wheel emissions range from zero and 187 grams per kilometre of carbon dioxide, compared to 101 to 189 g/km for a hybrid. However, the worldwide average for an EV is just 89 g/km, versus 136 g/km for a hybrid; in fact, it’s even lower than that of a hydrogen fuel cell vehicle – another one of Toyota’s big bets – at 101 g/km. 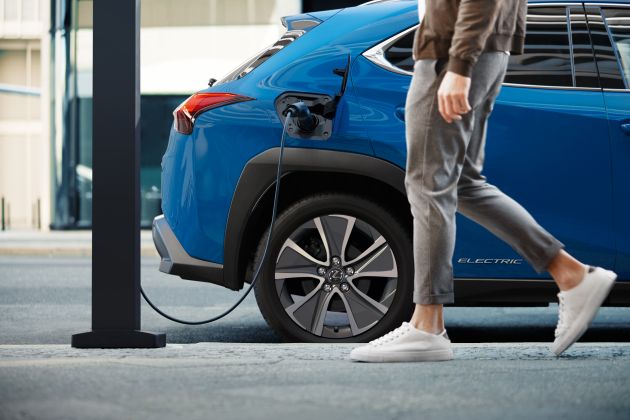 The figure for Malaysia is probably closer to the upper limit, given the country’s dependence on fossil fuels for electricity production. As reported earlier today, we derive a significant portion of our power from coal (65.84%), followed by natural gas (29.67%), hydropower (3.78%) and solar power (0.7%). Then again, our drivers aren’t exactly the most fuel efficient, either, with habits like unnecessary idling and hard acceleration and braking sure to bump up emissions even when using hybrid vehicles.

Even if UMWT’s claim – that hybrids and electric vehicles produce the same amount of emissions over their entire life cycles – is true (let’s give them the benefit of the doubt, shall we?), we can expect EVs to become cleaner over time. More and more carmakers are committing themselves towards becoming carbon neutral over the coming decades, while the government has pledged to switch to cleaner energy sources as it too aims to become carbon neutral by 2050.

Still, there is some truth in what UMWT is saying. Electric vehicles may be improving at breakneck pace, but range anxiety is still a big issue for most Malaysian drivers, particularly given the current lack of charging infrastructure (although there are plans to improve it). At the end of the day, any decrease in emissions is better than no decrease, and we applaud Toyota for electrifying its local lineup with hybrid vehicles. Now, if only it would just launch the Corolla Cross Hybrid here already…

Driving against the flow of traffic: 807 accidents in Malaysia since January, resulting in 29 fatalities – Wee – paultan.org