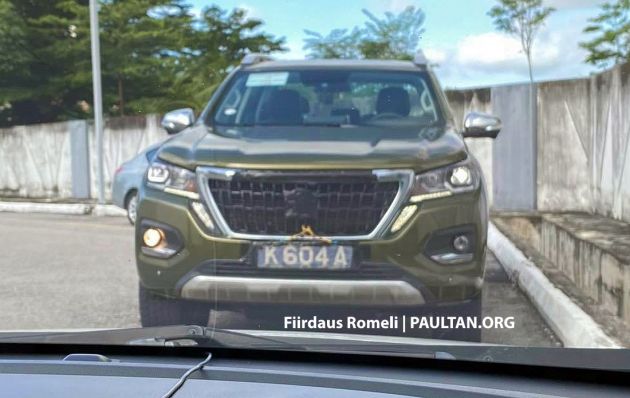 The Peugeot brand is getting a new lease of life in Malaysia. New distributor Bermaz – the same people behind Mazda – has already launched the facelifted 3008 and 5008, and is preparing a slew of new models for the coming year, ranging from an EV to a pick-up truck.

The latter is the Peugeot Landtrek, and it is slated to arrive in Q3 2022, according to an RHB Investment Bank analyst report. The truck was caught testing in Malaysia mid last year.

Now the French carmaker isn’t one that you’ll immediately link to a pick-up truck, and it’s more famous for compact hatchbacks than off-roaders. So, to offer a compact truck in the African continent and Latin America, Peugeot used the Changan Kaicheng F70 truck from China – introduced in 2019 – as a base. There are chassis cab, single-cab and double-cab formats and ours should be the latter.

There’s a Peugeot-specific front end featuring a bowl-shaped grille similar to what you’ll find on the marque’s SUVs, with the Peugeot lettering above the lion badge. No triple claw LED signatures, though. We should be getting the sole available turbodiesel engine for the Landtrek, a 150 hp/350 Nm 1.9 litre VGT oil burner.

Elsewhere, the Landtrek is available with a six-speed Getrag manual gearbox and a Punch automatic, in conjunction with rear- or all-wheel drive. The 2.4 litre turbocharged petrol engine (210 hp/320 Nm) probably won’t reach our market as petrol trucks aren’t a thing here.

If the exterior design and powertrain specs are rather conventional, the Landtrek’s interior is where it stands out from the pick-up crowd. It’s pretty car-like and stylish, with a dashboard inspired by the 508 sedan, a digital instrument panel, a wide 10-inch floating infotainment screen and even piano key-style switches Peugeot likes to use. 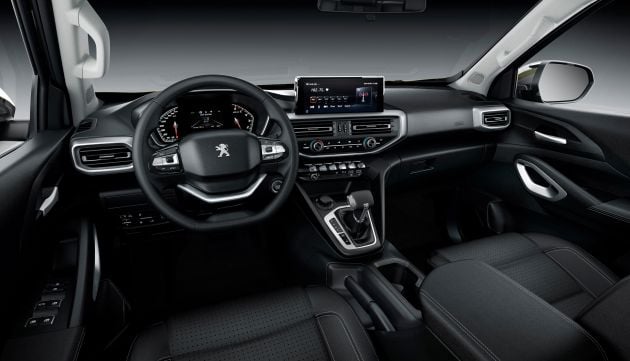 On the safety front, available kit includes six airbags, ESP, hill descent control, ASR on both 4×2 and 4×4 versions, lane departure warning, trailer swing control and two Isofix attachment points on the rear seats. The truck can also be specified with up to four cameras to facilitate manoeuvring both in town and on the road. All fine, but I’m guessing that interior will be a unique selling point in this very competitive market.

By the way, Stellantis (the merged PSA-FCA) now has full ownership of Naza Automotive Manufacturing (NAM) and its manufacturing plant in Kedah, which is the company’s ASEAN hub. It’s almost a certainty then that a Malaysian-assembled right-hand drive Landtrek’s main destination will be Thailand, one of the biggest truck markets in the world.

What do you think of the Peugeot Landtrek? How well would it compete in an arena with formidable names such as Hilux, Triton, Ranger and D-Max?

Is there a British agenda against ‘aggressive’ Max Verstappen?
Car Reviews