The Peugeot Partner is a small van front-runner, with plenty of versatility and car-like tech 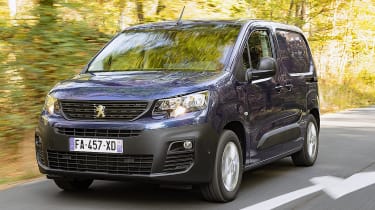