All-wheel-drive cars have their advantages, offering great grip in places where rear- or front-wheel-drive cars struggle. However, AWD has caveats like most good things. The setup adds weight, and while that doesn’t affect one’s day-to-day driving, the system does affect how a car performs on the track. A new Carwow video demonstrates this with an exciting drag race that pits the Audi RS3 with AWD against a rear-wheel-drive BMW M3. 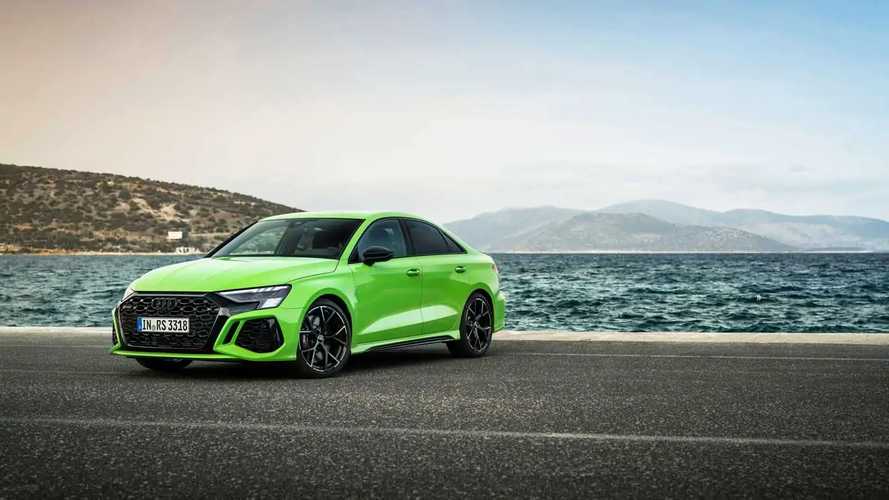 The BMW M3 has an advantage on paper, but the Audi’s AWD powertrain should close or narrow that gap. Each car embodies its powertrain’s pros and cons, leveling the playing field. However, the race results rest on the M3’s launch. The M3 struggled to achieve a proper launch in the first two standing starts. However, in each instance, the M3 caught the RS3, barely losing to the hatchback.

The third race is where the M3 shines. The sedan had a stellar launch that kept it right on the RS3’s rear bumper, allowing it to pass the hatch for a solid victory. It crossed the quarter-mile finish line in 11.0 seconds. It took the Audi 12.0 seconds to complete the race. The rolling races are no different, with the BMW easily putting the Audi in its rearview mirror, and that’s even with the BMW taking a handicapped for one of the races.

The BMW wins the brake test, sweeping the Audi and winning each contest. There is more to a car’s performance than its power figures, and while the Audi couldn’t defeat the BMW, it could keep up, and that’s quite impressive for its price tag.