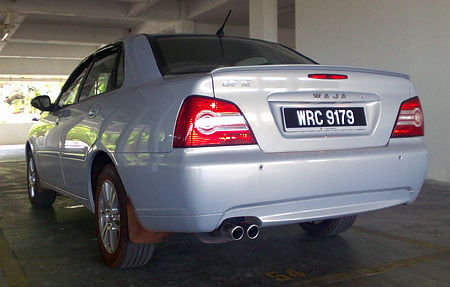 The Proton Waja CPS 1.6 is not entirely a new model to begin with, going through a number of facelifts. It’s still pretty much the same car with a new engine and a couple of new features over the previous version.

This publication wrote about this car a couple of months back following its showroom appearance with some details into the car’s factory performance figures for comparison. We finally got our hands on one recently.

Read our report on the Waja CPS after the jump. 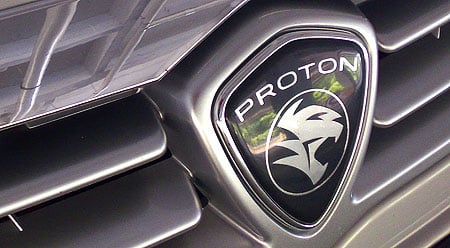 We are familiar with the Mitsubishi 4G18 which powered the first batch of Wajas followed by the S4PH Campro engine which made appeared in the Waja in 2006. Now, in the latest reincarnation of the Waja, we’re given the new Campro CPS 1.6 engine.

At first glance, the car is still the same on the exterior but the first drive held some promising facts. The test unit came with a manual transmission although we were hoping for an automatic version – let’s face it, an automatic would have been ideal given the traffic conditions in the city, but nevertheless the car lived up to expectations.

With the CPS System finally available with the Campro engine, we decided to test the Waja CPS where the new engine performance figures would really matter. The car was put to test on the Senawang – Tampin – Segamat trunk roads which offers a rather spirited drive. Plenty of bends and straights which allow for some overtaking sprints.

The most notable difference about the CPS is the smooth and responsive drivability thanks to the 13 percent increase in power output. The CPS is a totally different engine compared to the Campro S4PH, it’s more aggressive when you need it to be. The CPS engine produces 125hp at 6,500rpm and 150Nm of torque at 4,500rpm. Although the torque peaks at 150Nm at 4,500 rpm, there is plenty of torque available across the band. 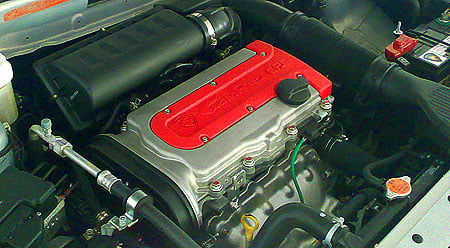 The previous Campro was sluggish at low engine speeds and the normally one would need to rev the engine higher to get it going. Sometimes you have to 3rd gear on a manual Campro just to overtake a slower car in front.

Not the CPS – it took off effortlessly from fourth gear. The CPS was definitely a joy to drive with better acceleration on the third, fourth and fifth gear within the 2,500 – 4,500 rpm engine speed range. No sluggish drive plus easy hill climbs. This show that engineers at proton have done a tremendous job in improving the engine.

The other interesting fact that we noticed was the cruising engine rpm at cruising speeds. The CPS allows the engine to cruise at 2,000rpm at speeds of 80km/h and approximately 3,000rpm at 110km/h. This is similar to the cruising speeds of most 2.0 litre cars with either a 5-speed manual or a 4-speed auto transmission. Smaller engines tend to cruise around 2700rpm at 80km/h. Low engine speeds are beneficial because it allows for improvement in fuel economy and comfort.

There is just one complaint that we found about the CPS engine. It runs as how you’d expect a modern 1.6 litre engine would run, but the engine sometimes loses power in what seems to be random occurances at first but in the end we decided that the power to the wheels dropped very noticably, far, far more than a typical car whenever the aircond compressor kicks in. I am not sure what kind of air conditoning all these Campro-equipped car uses, or perhaps it is a wiring issue, or an interior compressor, but we noticed this on all Campro/Campro IAFM and Campro CPS cars that we have driven.

The handling of the WAJA CPS is good thanks to the Lotus. The tyres are Silverstone Kruizers wrapping the alloy wheels which indicate a setup tuned more for comfort and quietness rather than outright grip. At some bends especially at the notorious horse-shoe bends in Rembau and Tampin, we did feel some oversteer.

Had a hunch that it could be the tyres as the ride was bumpy at some point and it turned out to be right – they were over inflated. Had this corrected and the ensuing ride was much smoother.

Proton has gone a long way in treating the WAJA CPS with improved damping and NVH levels to provide a comfortable ride. Interior noise was acceptable with minimal engine noise intrusion in the cabin. 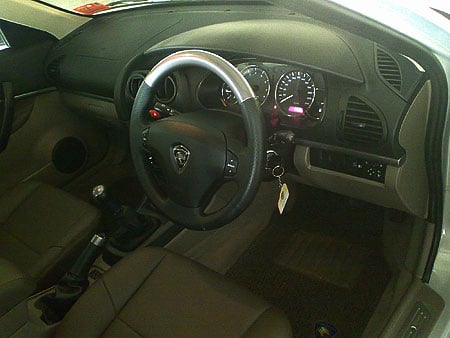 The interior of the new Waja CPS is almost similar albeit new interior trim colour, speedometer and Clarion head unit for entertainment. The most pleasing sight is the easy to read meter panel which has a nice illumination and good clarity.

The steering wheel has a nice feel to it thanks to the leather trim with a touch of aluminium-looking plastic. The seats are leather all around which provide a good level of comfort for the driver and passengers. However, the rear passenger seats were a bit too hard for comfort. The door trims are semi leather matched with the seats. The only thing that irked me was the gaps in some of the interior trim panels which I think should not be there after 8 years of product development. The interior fitting is possibly one of the worst we’ve ever seen.

The other complaint would be the heavy chemical new car smell that the Waja CPS has. Not sure it it was the leather seats or the plastic, but it definitely smelled very toxic. This was not present in a brand new facelifted GEN2 CPS with leather seats which we also drove recently. 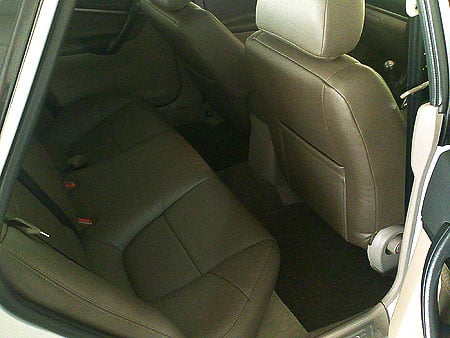 The auto head lamp leveling feature was interesting as it allows the driver to adjust the headlamp beam height so not to blind the oncoming traffic. This is a must in any vehicles fitted with xenon or HID lights. The headlamps are fantastic – casting its beam far and wide and one of the brightest we have ever seen and certainly the best at this price level. 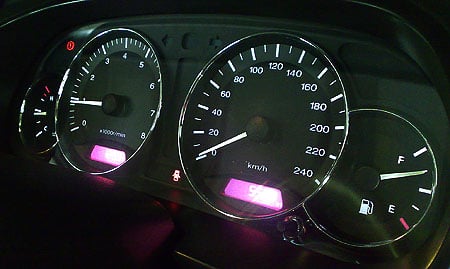 With rising fuel prices these days, it would make sense to go for a car that is reasonably economical to drive. But again, fuel economy is a very subjective topic, it all depends on the driver.

But where the test drive is concerned, with all those fuel wasting hard accelerations coupled with highway cruising, the car still managed to deliver almost 540km with still a quarter tank of fuel left in its 60 litre tank. That’s like almost 12km to a litre and we believe that if driven properly, the Waja CPS could deliver more than 600km. 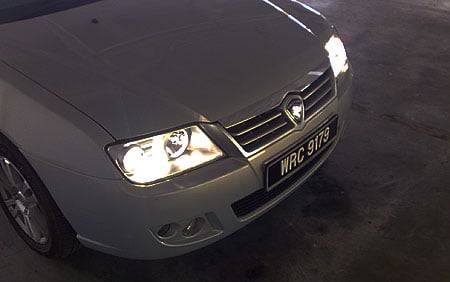 In a nutshell, we’d say that Proton has done a good job with the WAJA CPS but it is sad that it took them 8 years to do that. Too little too late? There is still some defects like the absolutely horrible interior finish that are not fixed in this edition and likely not to ever be fixed, but if you are in hunt for a new car in 60k to 80k price range, it is probably worth giving the Waja CPS due consideration.