Ram is giving us a look at next year’s production 1500 Revolution model with what looks like a close-to-production concept that it just revealed at the Consumer Electronics Show 2023 in Las Vegas. The show truck brings Ram design into the future and it’s a departure from previous trucks, while at the same time retaining several instantly recognizable elements.

The front fascia has big daytime running lights that define the upper and lower parts of the light clusters, a big 3D Ram badge that lights up and generally quite a rugged aesthetic. Overall, the front does look like it’s shorter than in today’s ICE Ram 1500, and this has been done to increase the size of the passenger compartment in order to improve spaciousness.

From the side, the 1500 Revolution BEV concept actually looks quite sleek for a truck. Its A-pillar is slanted back quite dramatically, and with the contrasting black roof, it gives the vehicle a lower, more hunkered down look compared to other trucks – it even looks sportier than the Rivian R1T, although we’ll have to wait and see if it’s comparably sporty to drive when out on the road.

Ram CEO Mike Koval Jr. puts this concept truck into context by stating that “the Ram 1500 Revolution BEV Concept is our clearest signal yet that we’re on the precipice of something extraordinary at Ram and points directly to where we’re going on our electrified journey.” He adds that it “represents several important things to the Ram brand. Of course, it’s our new Ram 1500 Revolution BEV Concept that serves as a roadmap to our electrified future.”

Inside, Ram went for what could be described as an even bolder approach compared to the exterior. There is no screen in front of the driver to serve as digital gauge cluster, and the truck has a pair of stacked 14-inch landscape screens in the center of the dash. The lower screen has three different positions it can be set to, and it can even be detached so that various truck functions could be operated from outside the vehicle.

Ram notes that even though there is no digital gauge cluster, the driver will be able to see key information thanks to an augmented reality head-up display that’s projected onto the windscreen. The vehicle also has cameras instead of traditional side mirrors and an advanced around-view 360 degree camera system that also includes a smart backup camera. 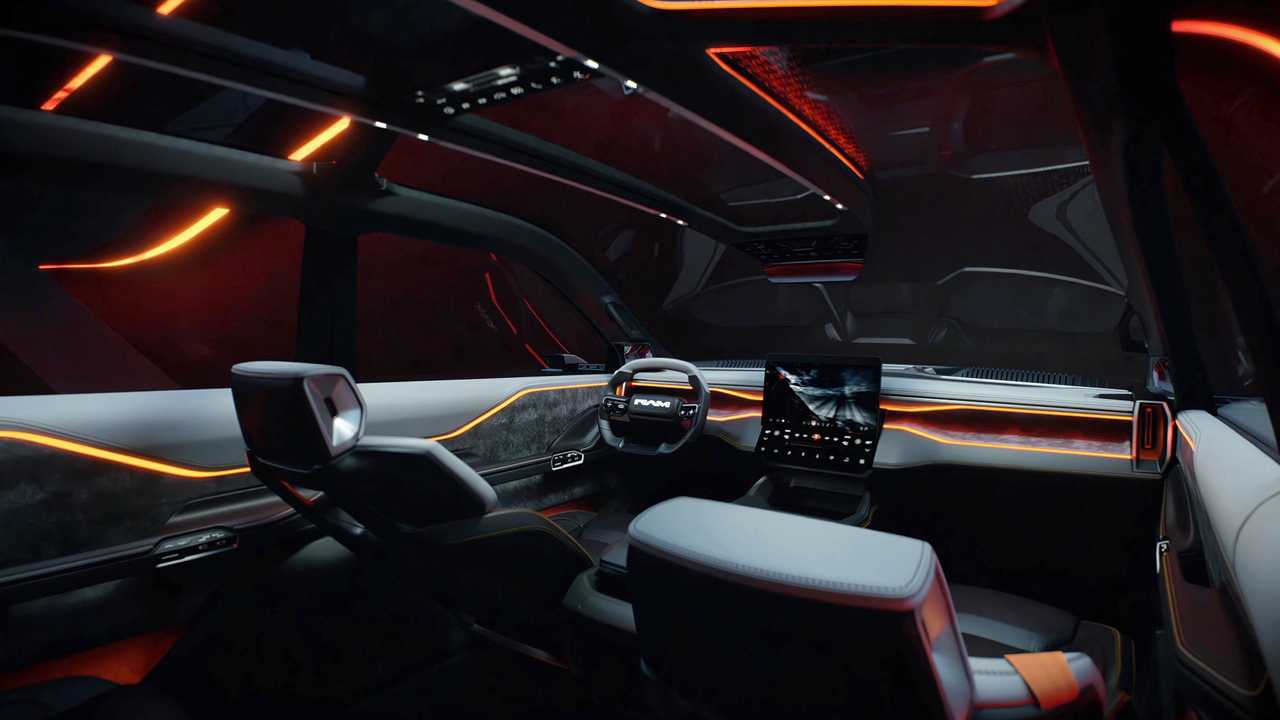 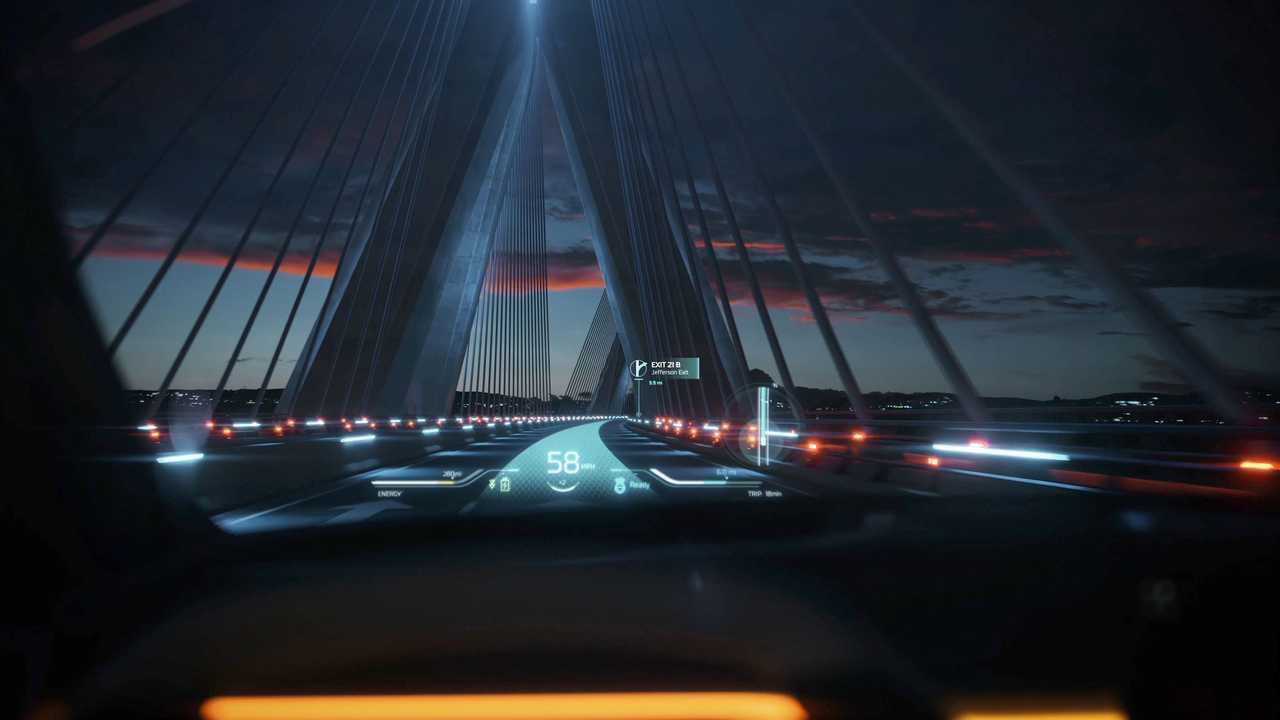 We don’t know if all these features will make it into production, but if they will, then the series 1500 BEV will be among the most advanced trucks of its kind on the market.

No word on range or battery capacity yet, but Ram did say the vehicle runs on an 800-volt architecture that allows for charging speeds of up to 350 kW, enough to add 100 miles of range in 10 minutes. With this concept, Ram is also showing its idea for an “inductive robot charger” called Ram Charger designed for home use.

Unofficial reports say the production truck will have two available battery pack sizes: 159 kWh and 200 kWh. Range for the larger pack will probably be around the 400 – 500 miles mark. Ram is also expected to offer a range-extender, a feature none of its rivals currently have. 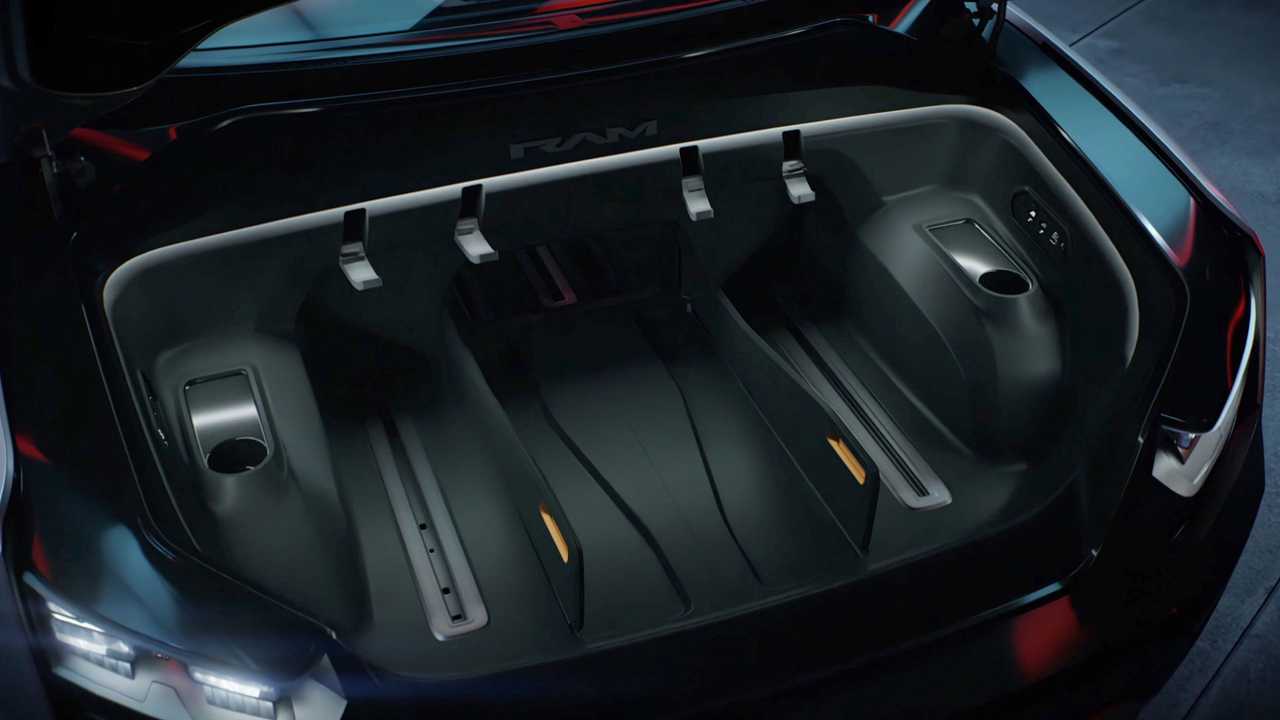 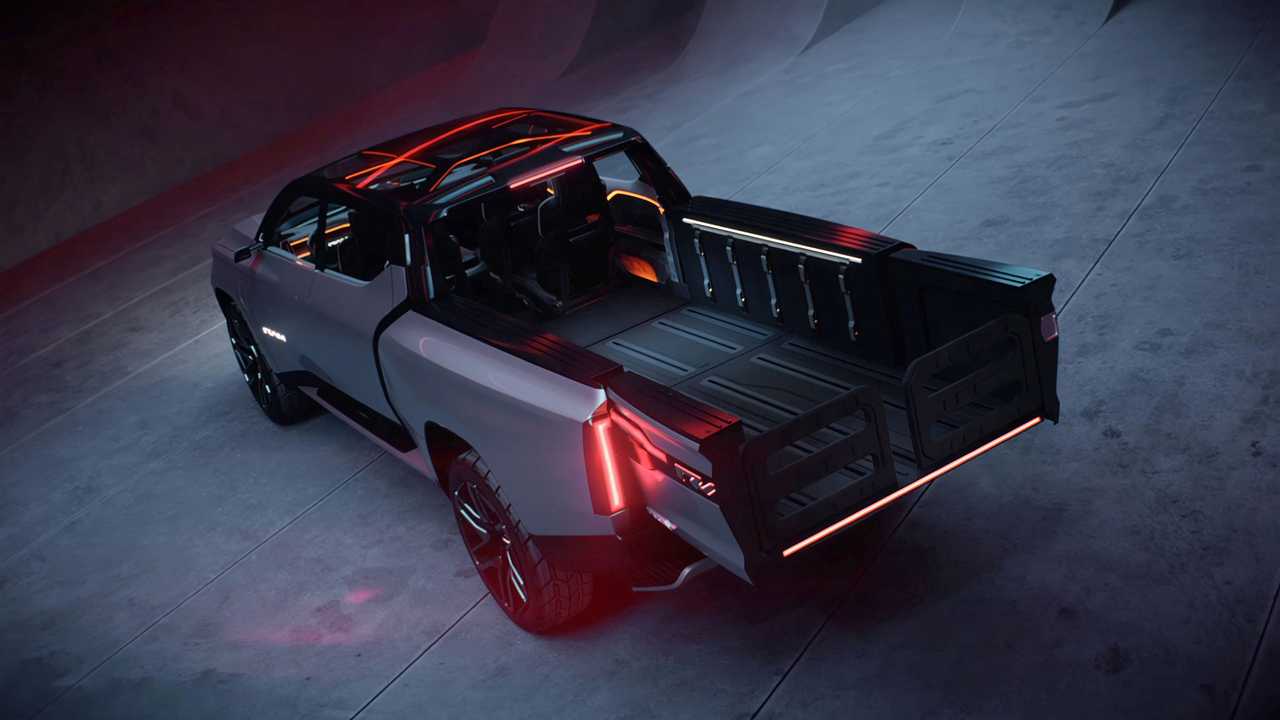 The manufacturer does mention the electric 1500 concept’s Level 3+ self driving capability, exterior projectors that “provide an efficient way to visually communicate information to the user” and also double as a movie theater, as well as a feature called Shadow Mode that allows the vehicle to follow a person on foot walking in front, presumably useful on an off-road trail.

The concept rides on Stellantis’ STLA Frame (body-on-frame) architecture and features a dual-motor setup that makes the vehicle all-wheel drive. The manufacturer did not mention the system’s power output or how quick it makes the truck, but an older report hinted that it could be as high as 885 horsepower.