Rescuers Save People In Truck Dangling By Safety Chains From Bridge

They saved the dogs in the pickup, too.

Safety chains are very important when towing because in case the ball and hitch somehow come apart then whatever you’re hauling doesn’t come loose and potentially roll away. Apparently, they can also save you from falling into a canyon in Idaho judging by the shocking photos of a recent crash.

The 2004 Ford F-350 went over the bridge railing crossing Malad Gorge on Interstate 84. However, rather than falling, the pickup hung precariously over the ravine, while the trailer was on its side blocking the road. The safety chains were the only thing keeping the truck from plummeting around 100 feet into the canyon. 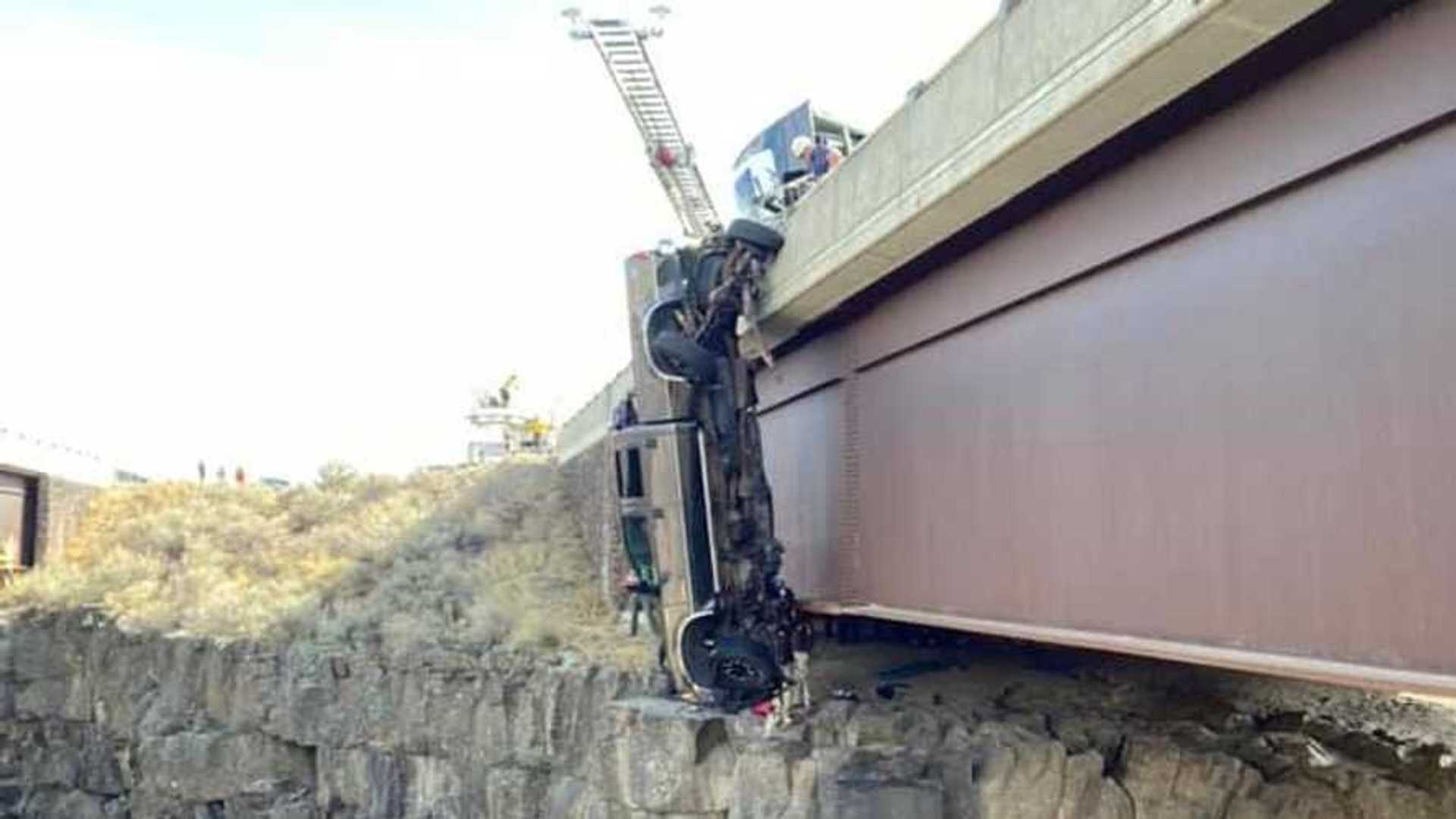 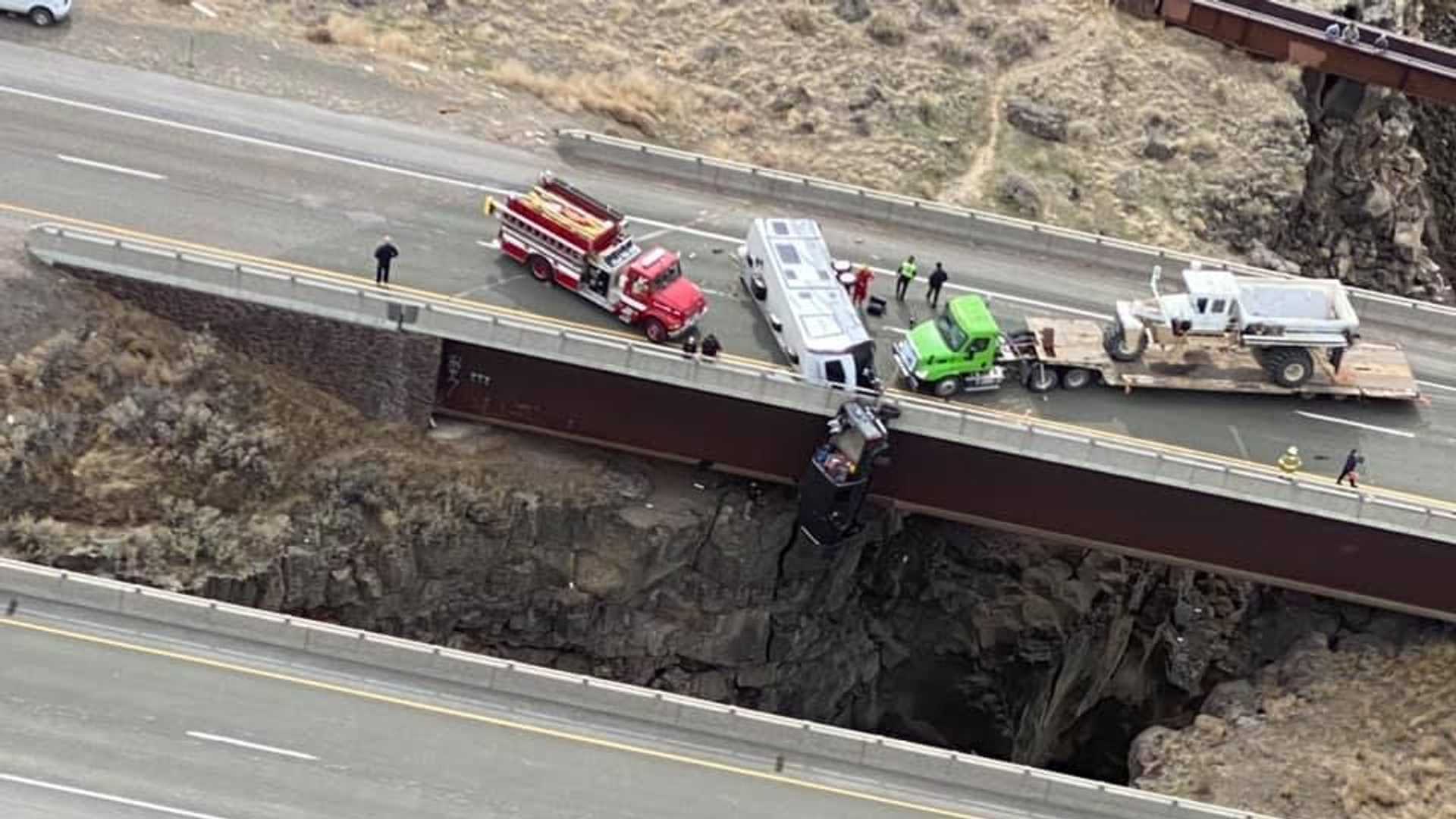 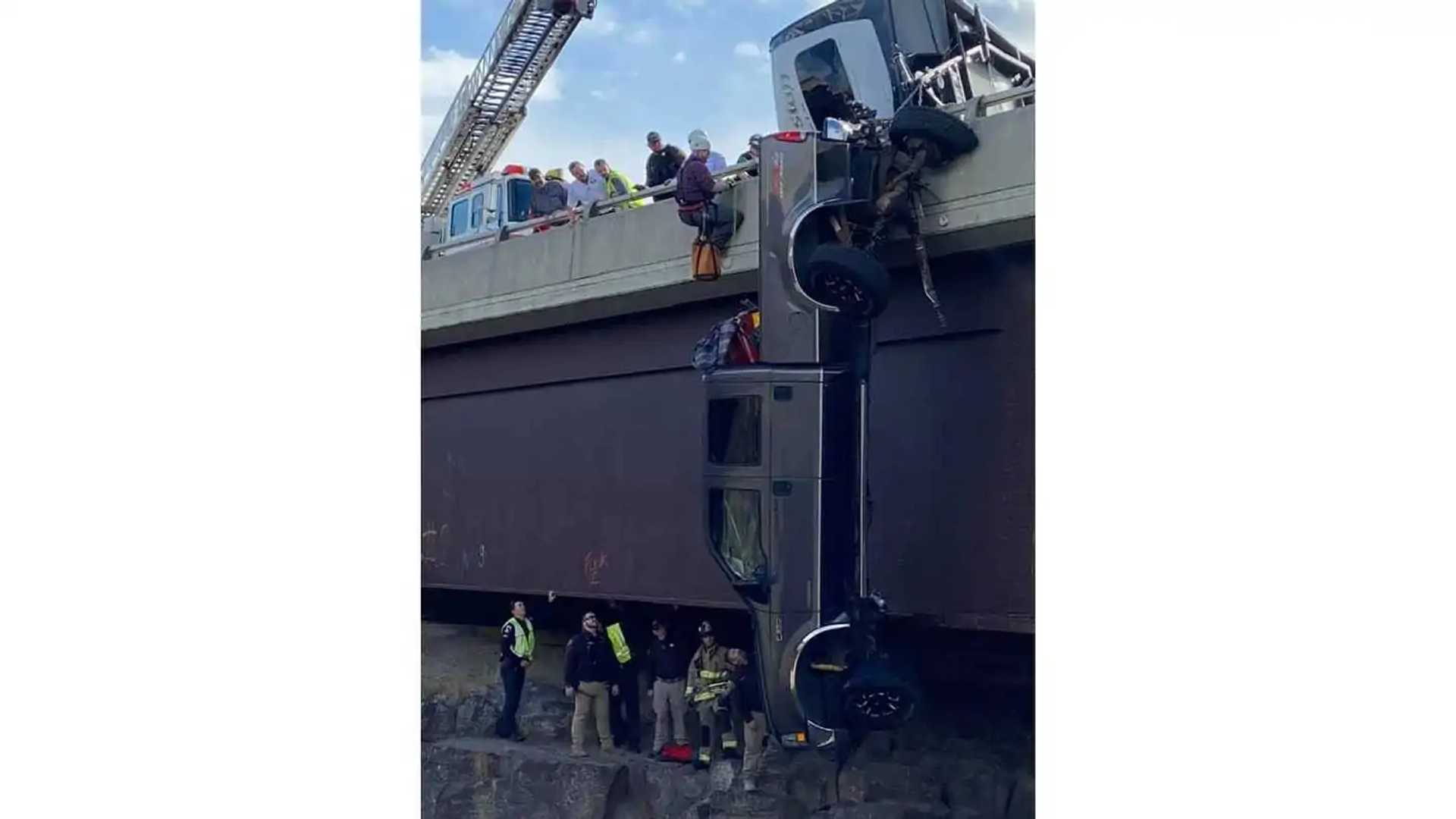 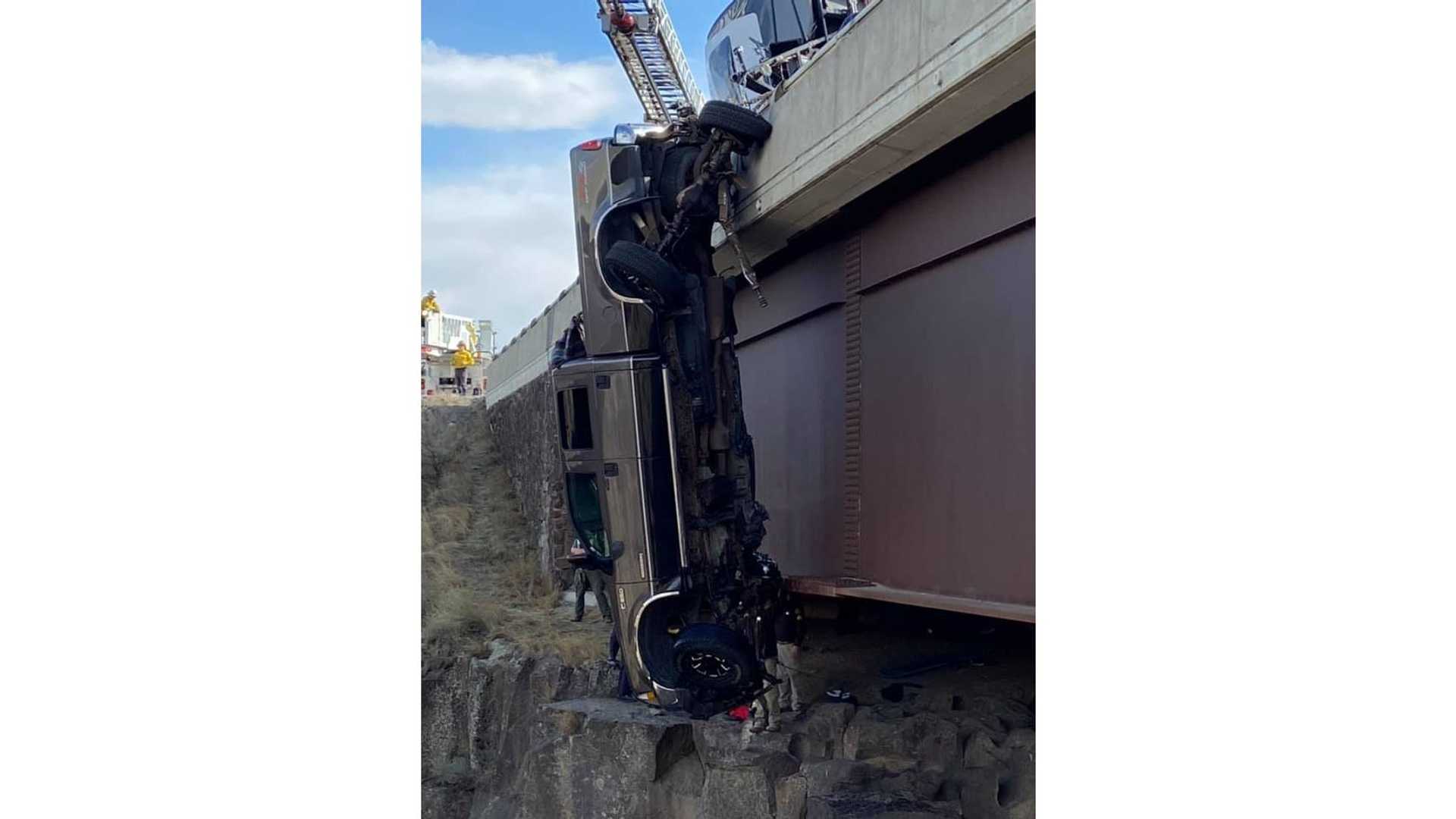 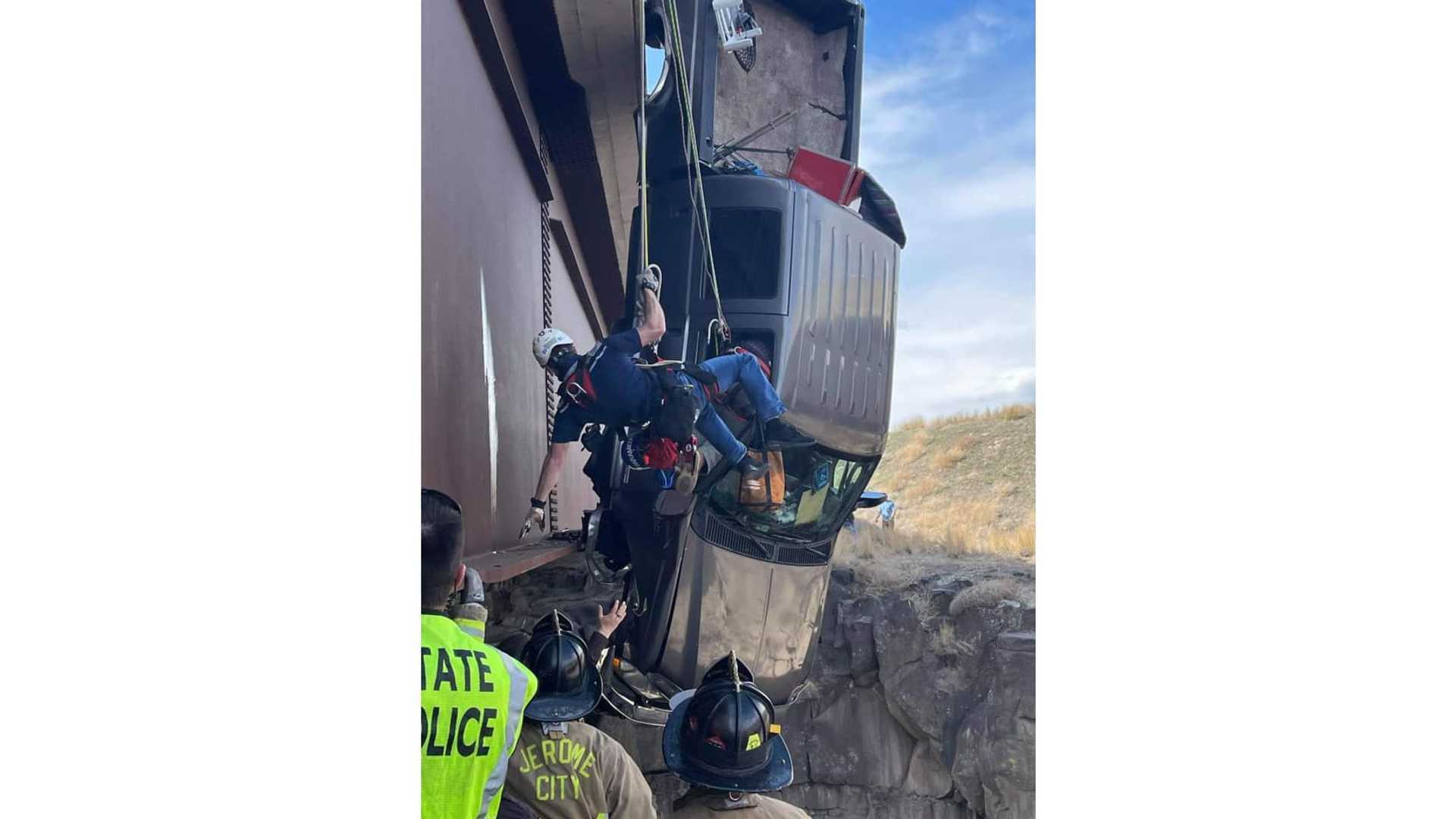 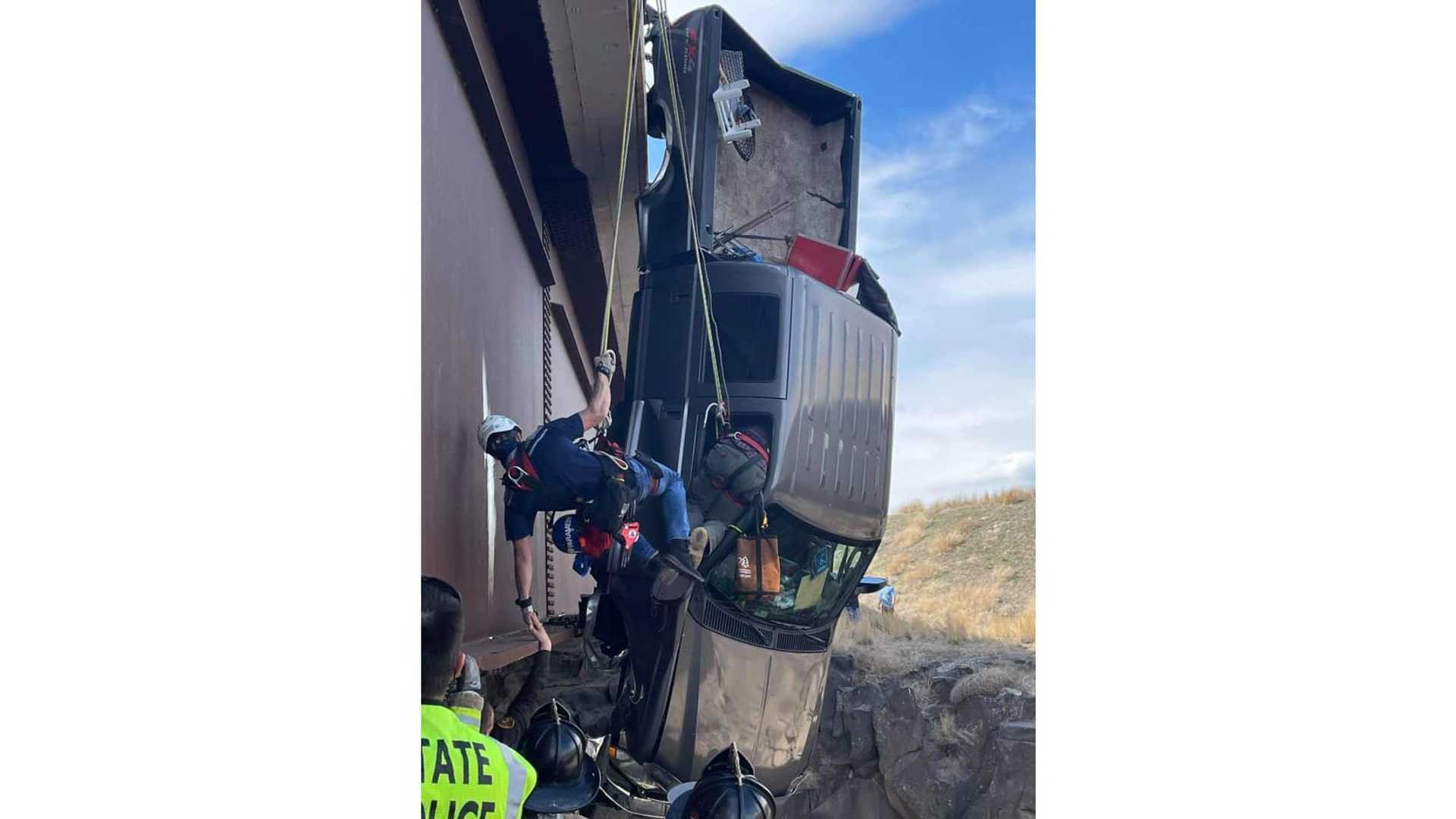 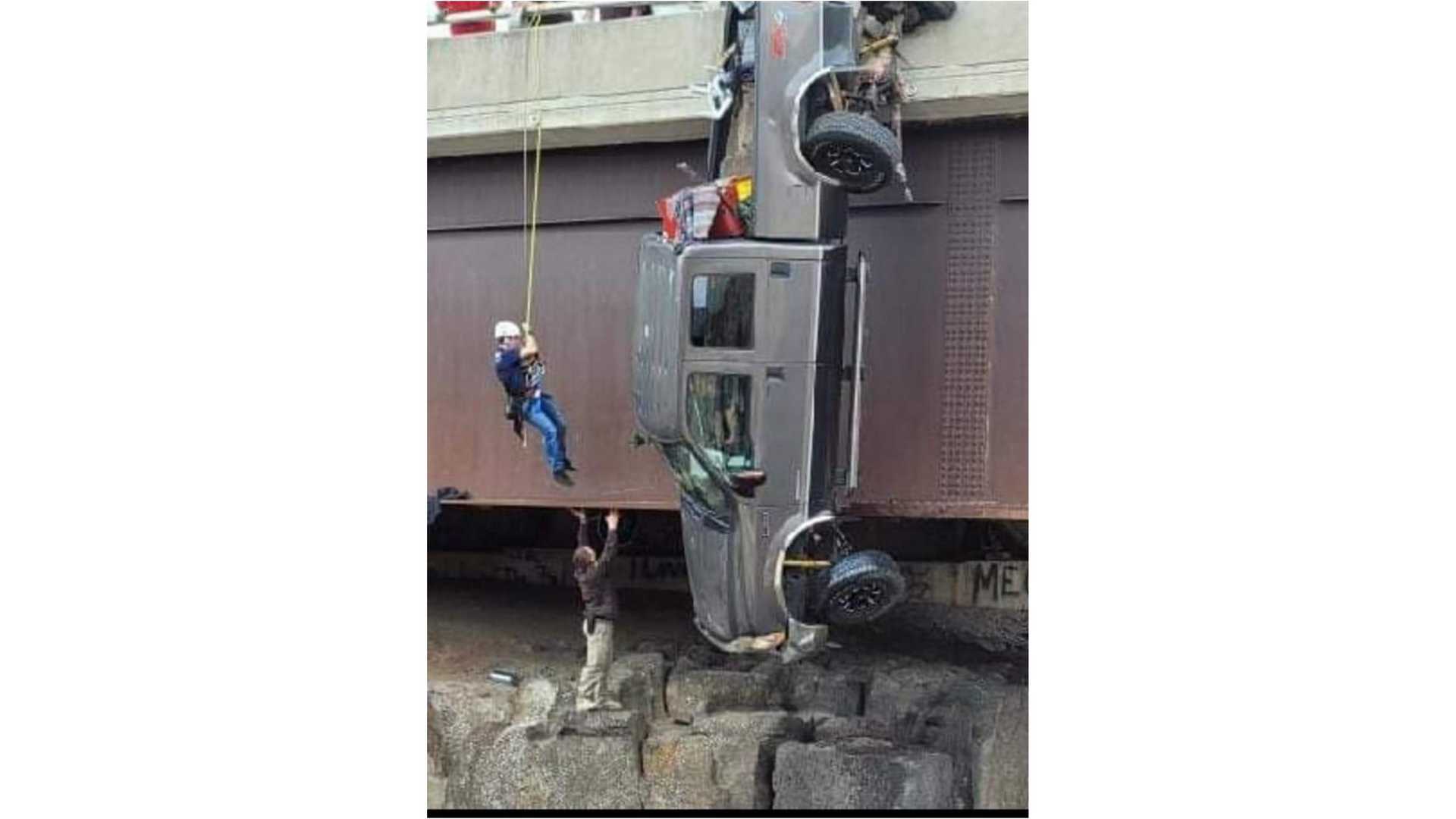 There were two people and two dogs trapped inside the dangling Ford. The crash “had just happened” when an Idaho State Police Trooper arrived at the scene, according to a Facebook post by the Magic Valley Paramedics.

Neither occupant was seriously injured in the crash, but there was still the difficult job of rescuing them. The first responders were able to get ahold of another set of chains to add support to the truck and make sure it didn’t fall until rescuers arrived.

The Special Operations Rescue Team from the Magic Valley Paramedics and other agencies eventually made it to the scene. Rappelers were able to lower themselves to the truck and put harnesses onto the occupants to pull them to safety. The team was even able to get the dogs out of the pickup.

The occupants of the pickup went to the hospital. Magic Valley Paramedics reported they had “non-life-threatening injuries.”

“This was a tremendous team effort that took a quick response and really showed the dedication and training of our community of first responders,” said Capt. David Neth of the Idaho State Police said. “This is something we train and prepare for, but when it happens and people’s lives literally hang in the balance, it takes everyone working together, and then some.”