The luxury sports car is worth £150,000 brand new and is an elite model usually only available for celebrities or those with heavy budgets. However this mode was purchased for just £10,000 due to heavy front end damage and a tattered interior. After finding the model, Mr Armstrong took a leap of faith and purchased the model with plans to upgrade the car back to its original quality.

Speaking to Express.co.uk, he said: “At the time of buying this Bentley I was actually looking at a crashed damaged Audi TTS.

“The TTS sold for way more than I expected but then popped up the damaged Bentley and I couldn’t believe how cheap it was.

“Upon looking at others the same age and the mileage I noticed the Continental GT has depreciated dramatically in value over the years.

“My brain said no but my heart said yes so here I am now with a crash damaged Bentley on the driveway.” 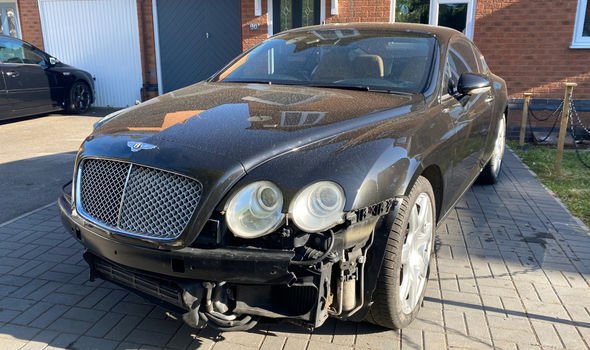 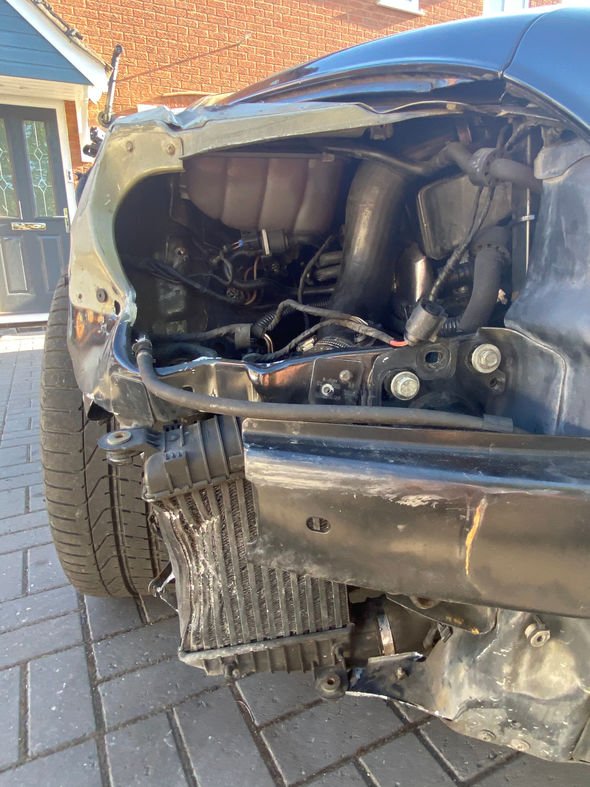 Once back at home, Mre Armstrong noticed the model had considerable damage that needed to be fixed.

The car has heavy front end damage with a missing front bumper and a small amount of frame damage.

The vehicle’s headlights are also damaged as was the Bentely’s showpiece rear piece.

The model was found with a tattered interior with a sagging roof line and dents etched into the steering wheel.

However, Mr Armstrong says the car only needs the “bare minimum” to get the car back on the road.

He said new headlights, a drivers side wing mirror and a new front bumper was all that was needed to return the car to UK streets.

He has estimated repairs will cost around £10,000 but has no plans to sell the car once it is up to spec.

He told Express.co.uk: “I later found out it is a mulliner spec so it has a more desirable interior like the cross stitching in the seats and door cards & chrome gear lever and pedals.”

He added: “I do plan on upgrading a lot of the parts to newer spec models.

“I still think the cost will outweigh the selling value, I wouldn’t be surprised if this cost me £10,000 to repair, but that hasn’t stopped me.

“I am doing this car for myself, to give me a new challenge and push my abilities. This one is definitely not built for a profit, it’s built for a passion.”

Mr Arnstrong urged inexperienced renovators to start with models with only a “small knock” before starting on big projects. 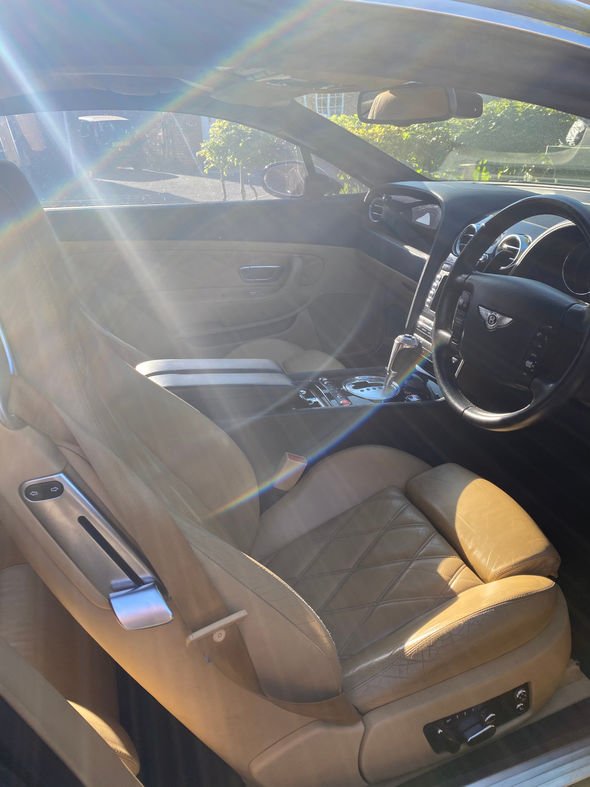 He said most parts were easy to bolt on so would not be difficult for basic repairs if the motorist picked the right vehicle.

He revealed how renovating a destroyed model gave powers an “emotional attachment” to their models which was not matched simply by buying a car.

He told Express.co.uk: “I think buying a crash damaged car and restoring it is one of the most satisfying things you can do.

“It also gives you much more of an emotional attachment to the car once it’s finished as you know your heart and soul went into building it.”

Watch: Group B’s brutal rally era, and a car that even scared Alen

When Mercedes ‘screwed up’ Hamilton’s race in Monaco
Car Reviews Tora Takagi: The F1 reject that destroyed his opposition When Mercedes ‘screwed up’ Hamilton’s race in Monaco
We and our partners use cookies on this site to improve our service, perform analytics, personalize advertising, measure advertising performance, and remember website preferences.Ok