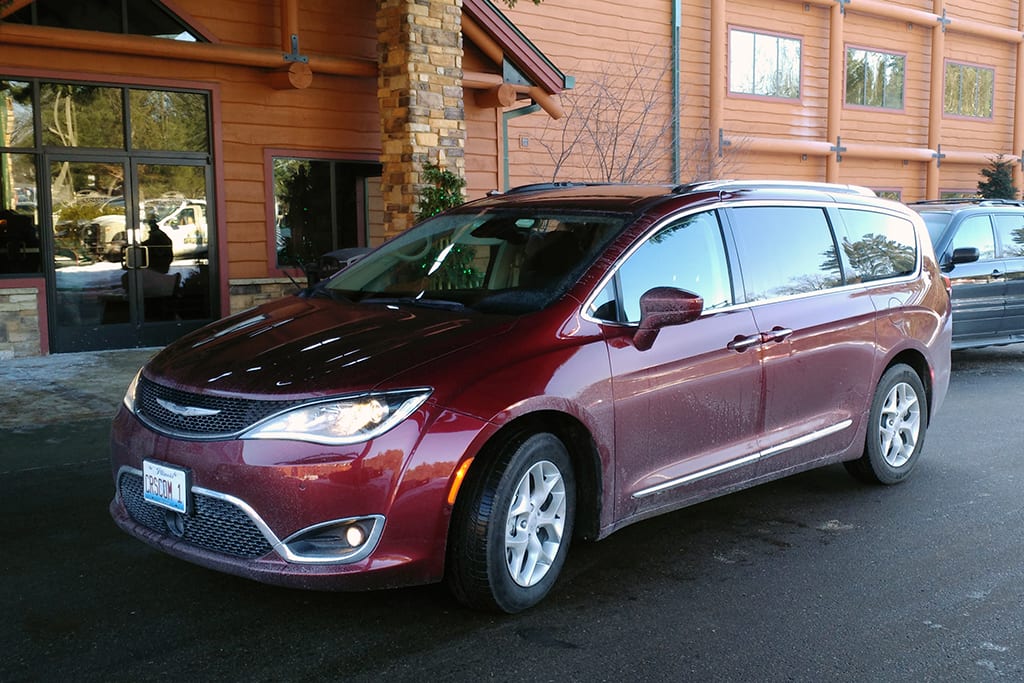 What seems like ages ago, now, Cars.com named the 2017 Chrysler Pacifica minivan our Best of 2017 vehicle, and then we bought one to put our money where our mouth was. Well, guess what? Two and a half years later, we still have it. Tasked with hauling varied and sundry equipment for our team, the Pacifica has racked up just over 35,000 miles in the 30 months we’ve owned it. In that period, we’ve taken it into the dealer for four recalls, one service campaign, four oil changes, one tire rotation, a set of replacement wiper blades, a burnt-out taillight bulb replacement and a loose rear wiper fix.

The recall repairs were covered at no cost to us, and the other services totaled $423 — a drop in the bucket given that AAA estimates a minivan should cost nearly $3,000 for maintenance, equipment and tires over the same mileage span.

That doesn’t make the Pacifica trouble-free, however. Rough shifting from its nine-speed automatic transmission has become a persistent aggravation, with a tendency to bang into 2nd gear on upshifts under moderate acceleration at low speeds. Clearly we’re not the only ones to observe this: In the National Highway Traffic Safety Administration’s online database, rough shifts account for myriad owner complaints on the Pacifica.

We brought ours into a suburban Chicago dealership to address the issue. While we were at it, we asked the dealer to look into some noise we’d observed from the right-front suspension.

A few days later, the dealership reached out to us. Service technicians were unable to recreate the suspension noise, and an inspection found everything appearing to be in order. But the dealership reflashed the transmission control module (that is, the transmission’s computer) to improve shifting in accordance with a Chrysler service bulletin issued two years ago. The bulletin calls for reprogramming the TCM with new software to address potential error codes involving the gear selector, ignition and more. Our transmission threw no error codes, the dealership said, but it got the reflash all the same.

Still in the Lurch

We had the Pacifica back for about a week as of this writing, and the roughest tendencies — where it bangs into gear — appear to have been quelled, at least so far. But the transmission still whiffs on low-speed upshifts, and it took all of 100 feet to manifest. Upon leaving the dealership, we observed a slight lurch on the hand-off between 1st and 2nd gear as we accelerated up to speed.

The van spent the Fourth of July weekend with Cars.com’s production team, and Producer Melissa Klauda noted another lurch around 15 mph as the transmission upshifted into 2nd gear. It “wasn’t as aggressive as it has been, but [it was] definitely noticeable,” she said.

Content Creator Leslie Cunningham observed “the same lurching issue, but only once — much less than previously.”

Cunningham’s occurrence also happened around 15 mph. But it’s worth nothing the three lurches we noted came amid dozens of times the transmission upshifted uneventfully in similar circumstances. Before our dealer reflashed the TCM, the rough shifts were both more frequent — “at least twice a drive,” Cunningham said — and, well, rougher.

That’s our early take. We’ll report more as we put more post-reflash miles on the minivan.