Sat nav danger: One quarter of drivers blame tech for causing crashes as many risk fines

Sat-navs can divert motorists’ attention from the road ahead or block key road hazards which can lead to devastating consequences. In some cases, road users could even face penalties for using the devices in an unsafe manner despite the tools designed to improve journeys and help struggling road users.

New research from insurance specialists at Caravan Guard has revealed that almost a fifth of motorists are left hesitant while being directed by the device.

A total of 33 percent of road users said they were left confused when using the divide on new roads and in city centres after admitting these were the hardest instructions to follow.

A massive 83 percent of road users admitted their sat nav had taken them in the wrong direction which can lead to added stress and confusion behind the wheel.

Neil Menzies, Director of Caravan Guard said many road users have given the devices “instant trust” despite the risks involved. 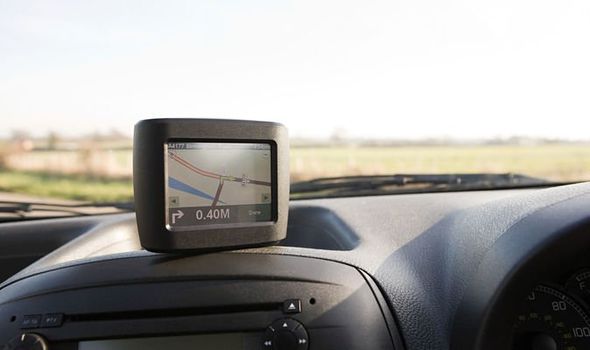 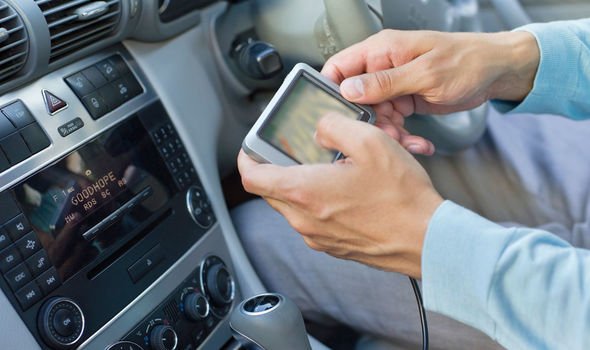 He urged drivers to “think carefully” about solely relying on sat-nav devices to ensure road users avoid all distractions when behind the wheel.

The lack of geographical knowledge outside of our own local areas shows that sat navs have become a huge part in directing us when on long journeys and many assume instant trust in their devices, despite so many admitting that they’ve caused an accident.

“We hope that our research will make people think carefully about relying solely on GPS technology as drivers still need to stay alert and avoid distractions so nothing goes seriously wrong when going to see family or on a staycation.

“We’d always recommend familiarising yourself with a route using traditional or online maps before setting off, especially when travelling somewhere new.”

Experts at Caravan Guard have warned one of the biggest distractions is the risk of having a driver’s views obscured by the tool.

Motorists who place their device on their windscreen may find this is blocking their view which can lead to added risks.

Many are unaware that placing a device too high up on the windscreen could see drivers fined up to £200 and have six penalty points issued on a licence.

Experts have recommended drivers should position their sat nav in the bottom-right corner of the windscreen.

This is just out of the way so vision will not be obscured in the same way than if this was higher up.

One in 30 drivers shockingly revealed they often place their sat-nav on their lap whilst driving so they would need to look down for guidance.

A massive 12 percent also revealed they have placed their sat nav in a cup holder or on the passenger seat which would require them to move their head to check the route.

Experts at Caravan Guard says placing a phone in this position could see road users charged with driving without due care and attention. 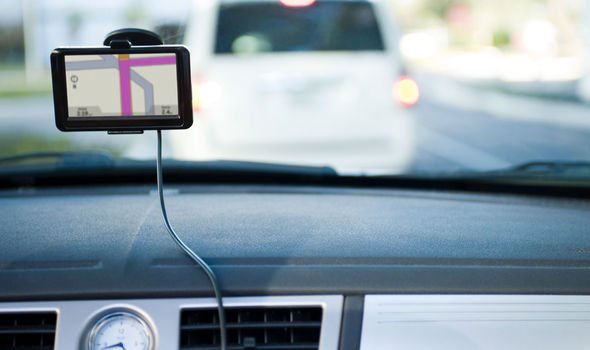 This would lead to a penalty of up to £5,000 depending on the nature of the incident with road users facing between three and nine penalty points.

The analysis revealed drivers were ever more dependent on the devices which could put road users at higher risk of picking up fines.

One in four 18 to 24-year-olds admitted to using a device for every journey they take.

A total of 14 percent of all drivers surveyed in the research confessed to using sat nav devices to get to work.

The same number of road users even admitted to using the tool to simply drive to the local shops.

The DVSA introduced new changes to driving tests from 2017 to take into account a ride in sat nav use.