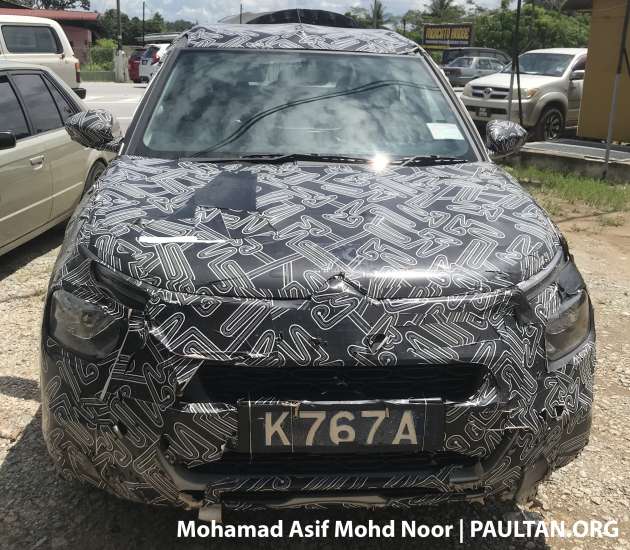 It looks like the Citroën brand might still have a future in Malaysia, as a camouflaged unit of the C3 has been spotted by paultan.org Mohamad Asif Mohd Noor. The keen-eyed among you will probably notice that this C3 looks a little different from the current model that was unveiled back in 2016.

That’s because this C3 is actually an all-new model created as part of Citroën’s international growth strategy for markets outside Europe. According to the French automaker, the B-segment hatchback was developed and will be produced in India (a new market for the brand) as well as South America, with sales set to begin in those regions from the first half of 2022.

This C3 (codenamed C21) is one of three vehicles planned for the international market, and with this local sighting, it appears the model is being evaluated for Malaysia too. Besides sharing the same name and wheelbase of 2,540 mm with the European model, the C21 has little else in common.

For starters, the C21 rides on the Common Modular Platform (CMP) jointly developed by Groupe PSA and Dongfeng Motor Group instead of the European C3’s Group A platform (also known as PF1), the latter being wholly developed by PSA (now part of Stellantis following a merger with Fiat Chrysler Automobiles). 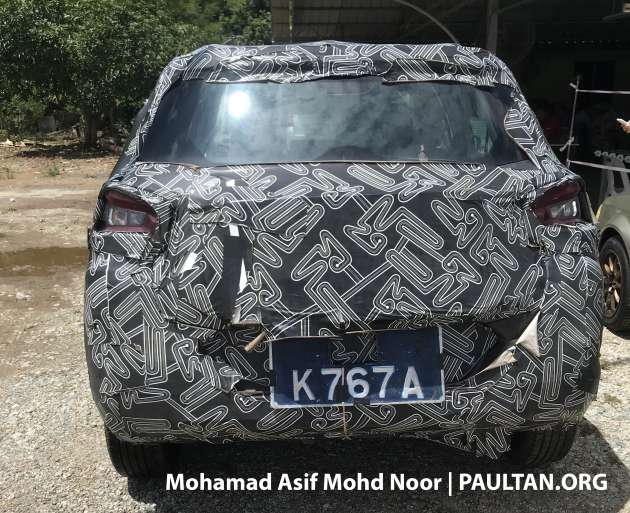 In terms of length, the C21 is 3,980 metres long, which is slightly less than the European model’s 3,996 mm. Additionally, unlike the European C3’s curvy and sleek styling, the C21 is more crossover-like, complemented by lighting fixtures that are more angular in shape and a ground clearance of 180 mm.

The front fascia also gets two set of light strips (the upper pair being the daytime running lights) flanking the grille, while the sides have decorative trim piece on the rocker panels as well as distinctive creases on the fenders. At the rear, the steeply raked tailgate is joined by taillights with a light signature that kind of mimics the front, with other elements being a two-tone paintjob and roof rails.

Inside, the bold dashboard is bookended by prominent air vents, while a wide, 10-inch touchscreen infotainment display sits just below more subtle air vents in the middle. Things like manual air-conditioning and a regular key slot are “affordable” touches reflective of the markets the C21 will launch in first.

Citroën also says there is 653 mm of rear passenger legroom, while those at the front enjoy 1,418 of elbow room and 991 mm of headroom. A 315-litre boot, a one-litre glove box, two two-litre door pockets at the front and two one-litre door pockets at the rear are the available storage solutions. Engine details weren’t provided during the September reveal and will be announced for each region at a later date.

There’s no official confirmation if the C3 will be sold in Malaysia, but if it does happen, distributorship could be handled by Bermaz Auto Alliance (BAASB), which took control of the Peugeot brand when the then Berjaya Auto Alliance (the original BAASB) was jointly set up between Bermaz Auto (BAuto) and Berjaya Corporation (BCorp) – the latter has since divested its 51% stake in the original BAASB.

At the time, the deal did not include distributorship of the Citroën and DS brands, with the local consortium only obtaining the rights to provide aftersales and spare parts. This led most to believe that new car sales for the two marques in Malaysia will end, although this sighting could suggest otherwise.

Another thing to note is this right-hand drive example spotted was wearing trade plates that are likely tied to Naza Automotive Manufacturing (NAM), which suggests it could be a locally-assembled (CKD) model. Without official word, it’s all speculation to work with for now.