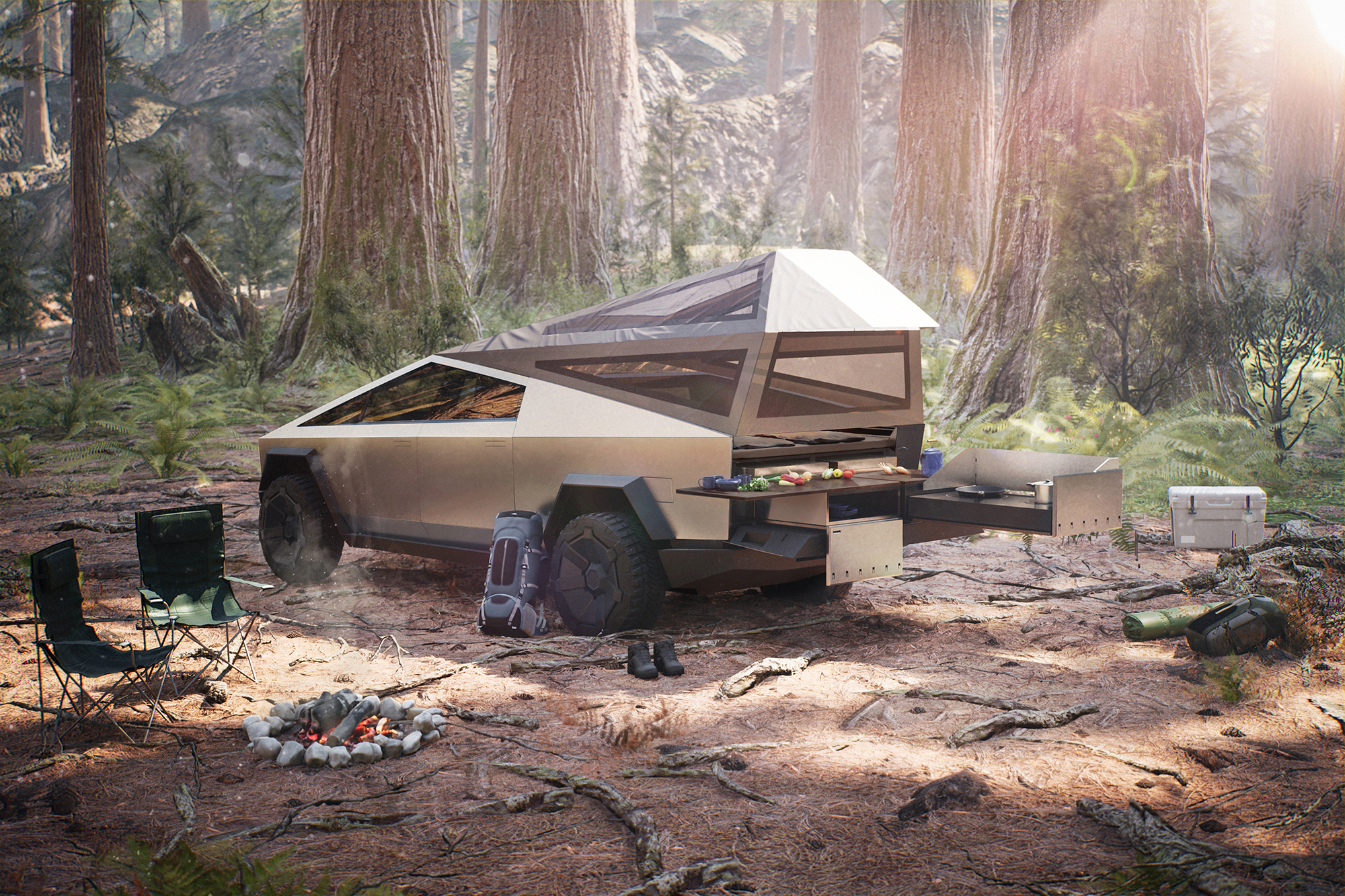 More Tesla truck news broke this past week as the luxury electric automaker sought approval for its upcoming Cybertruck as a medium-duty pickup — like a Ford Super Duty F-250 — instead of a light-duty truck like, say, the Ford F-150 that lost to the Cybertruck in that highly scrutinized tug-of-war video. Lobbyists for Tesla and GM have also been working with Congress — presumably flush with free time at the moment — to work on a potential extension for the federal tax credit for electric vehicles. We also have a couple of gift suggestions that are just as realistic as the Cybertruck.

In a letter submitted to California regulators, Tesla stated that the Cybertruck “should very likely qualify as a ‘Class 2B-3 medium-duty vehicle,’” putting it in the same vehicle class as Ford’s F-250. That means the Cybertruck is likely to have a gross vehicle weight rating somewhere between 8,501 and 10,000 pounds. That also means that pitting the Cybertruck against an F-150 was — gasp! — an exaggeration, something absolutely no marketing stunt has ever done before (we can’t back that up).

Automotive News is also quick to point out that, compared with the F-250, suddenly the Cybertruck’s stated capabilities aren’t nearly as impressive. Both gasoline- and diesel-powered versions of the F-250 have maximum payload and towing capacities that exceed the Tesla’s projected figures. While the big Ford likely won’t ever be as quick as the Cybertruck claims to be, speed is generally less of a concern for shoppers looking at that class of vehicle.

There was still a chance that a bill in Congress may contain a potential revamp of the federal electric vehicle tax credit that would see the amount reduced from the current maximum of $7,500 for a new vehicle to $7,000, but increase the vehicle sales cap to 600,000 and add potential tax credits for buyers of pre-owned electric vehicles.

Some outlets are referring to these efforts as a “de facto bailout,” while others see this as a way to level the playing field for manufacturers. In the current system, Tesla’s tax-credit eligibility expires on Jan. 1, 2020, and GM’s later in the year, while other manufacturers would be able to offer customers the full tax credit thanks to entering the EV race later. Should it pass into law — a big if considering the current state of affairs — it’s also likely to be something of a win for consumers thanks to the inclusion of pre-owned vehicles and the potentially lower prices for a shopper’s electric vehicle of choice.

These Tesla Truck Gifts Are Nuts!

If you know someone who’s made a $100 “reservation” for a Cybertruck, consider getting them one or both of these gifts for the holidays. The first is the Cybunker, an armored, solar-powered garage structure in which to store the Cybertruck. It even looks something like the truck’s “vault” bed. Prices from designer Lars Buro are not yet available, and neither is a planned production date, but that seems … well, fitting. If you’re looking for more of a stocking stuffer, try the Cybertruck Nuts, an edgy, metallic take on the naughty novelty tow hitch decoration. Using 100% recycled plastic ones will cost $10, while 100% metal ones will cost $30. If you prefer not to pay and understand computer-aided design, the files can be downloaded for free so long as it isn’t used for commercial purposes, used without credit or modified in some way.

The special crash-probe program of the National Highway Traffic Safety Administration will investigate the Connecticut crash that occurred on Dec. 7 when a man driving a Tesla Model 3 collided with a highway patrol car parked on the shoulder protecting a disabled vehicle — which the Model 3 then struck before eventually coming to a stop. No one was seriously injured in the crash, but at least three fatal crashes involving Teslas since 2016 have occurred while Autopilot was engaged. Time for another reminder that, despite its name, Autopilot is not a fully autonomous driving system and that drivers should always have their hands on the wheel and their eyes on the road.

Hailie Deegan: Move to Ford camp is ‘the right path for me’
Car Reviews