When you think “open-air track cars,” things like Ariel Atoms, Mazda Miatas, and others of that ilk come to mind. Not comfortable, boat-like, American sedans from the mid-90s. But that didn’t stop this 1996 Mercury Grand Marquis owner.

If you just came across this Grand Marquis in the wild, you, like me, would probably have no idea what it actually once was. Upon first glance, it looks like a mess of parts and pretty purple roll cage tubing. Which is, well, pretty much what it is. But it sure is unique. 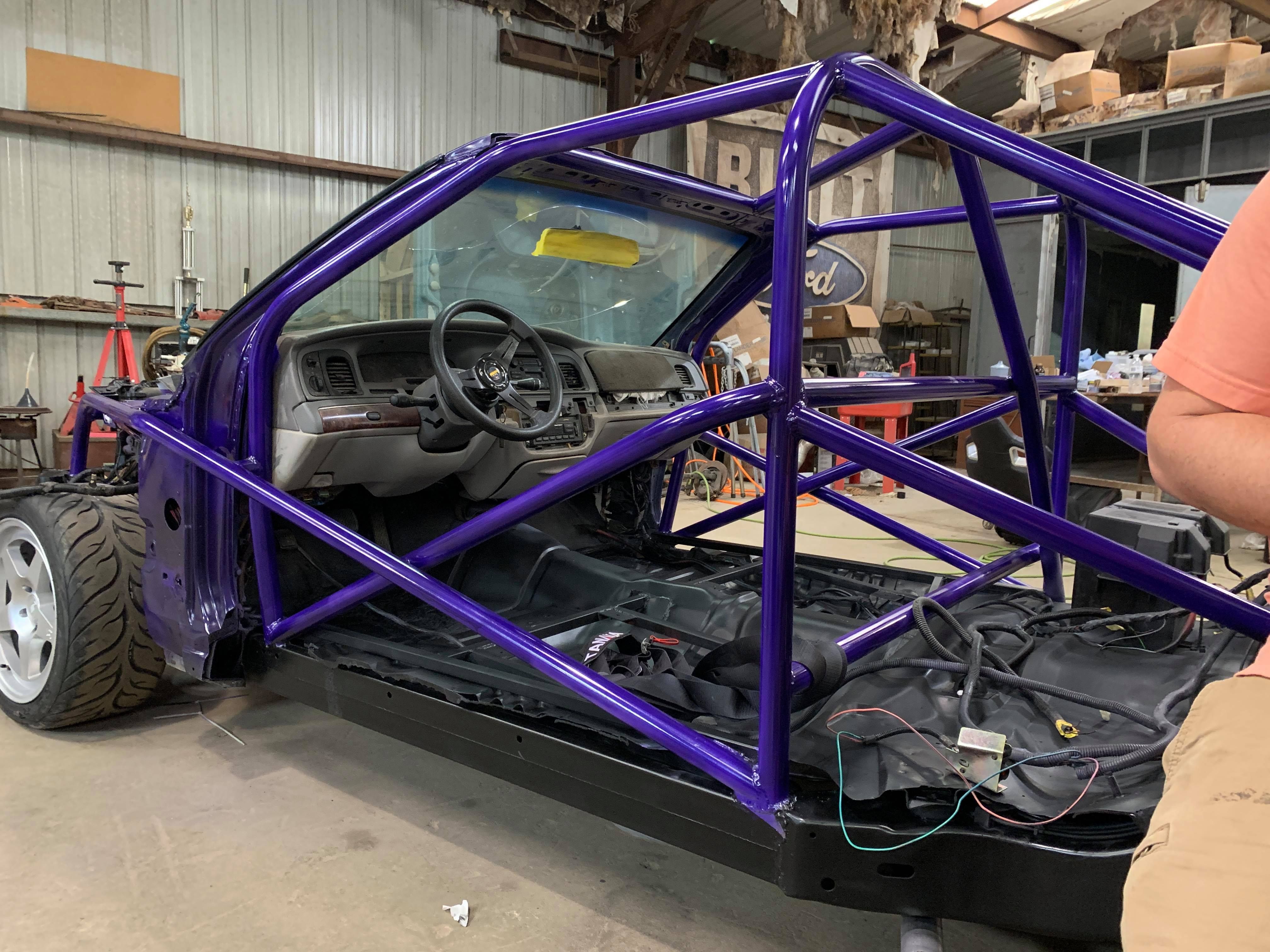 The owner, Devin Mathis, said he found the car for free on Craigslist. When he went to pick it up, he was informed that it had no third gear and a damaged front bumper. Once he got the car trailered home, he went to town on it. 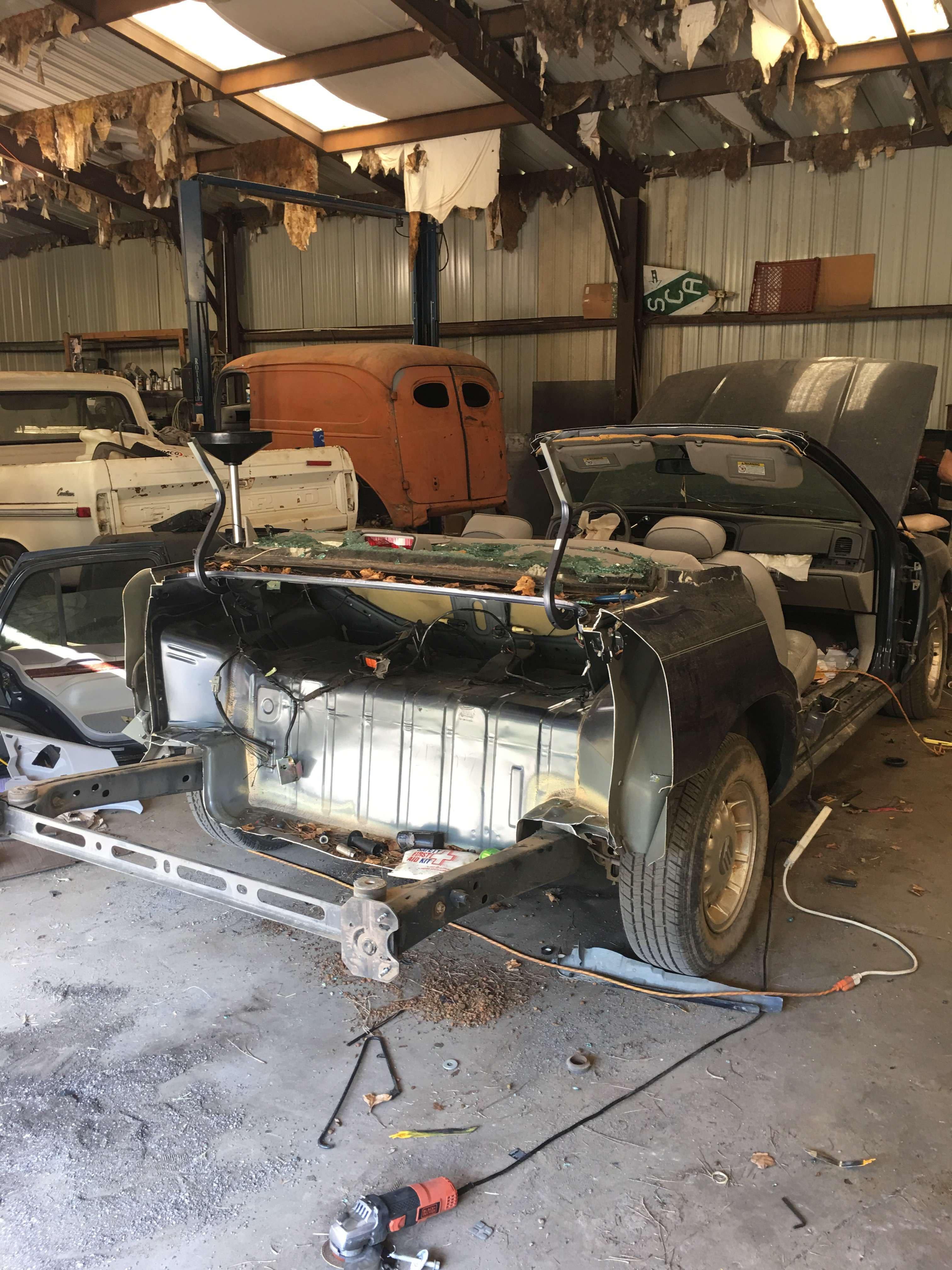 “I got it home, roommate was out for the weekend so I cut it all up over the next day,” Mathis said in a Facebook message. “Then I had to find a purpose for it which I knew it would need a roll cage. So I made a Snapchat drawing, and sent it to a good friend who had the cage done in 2 days.” 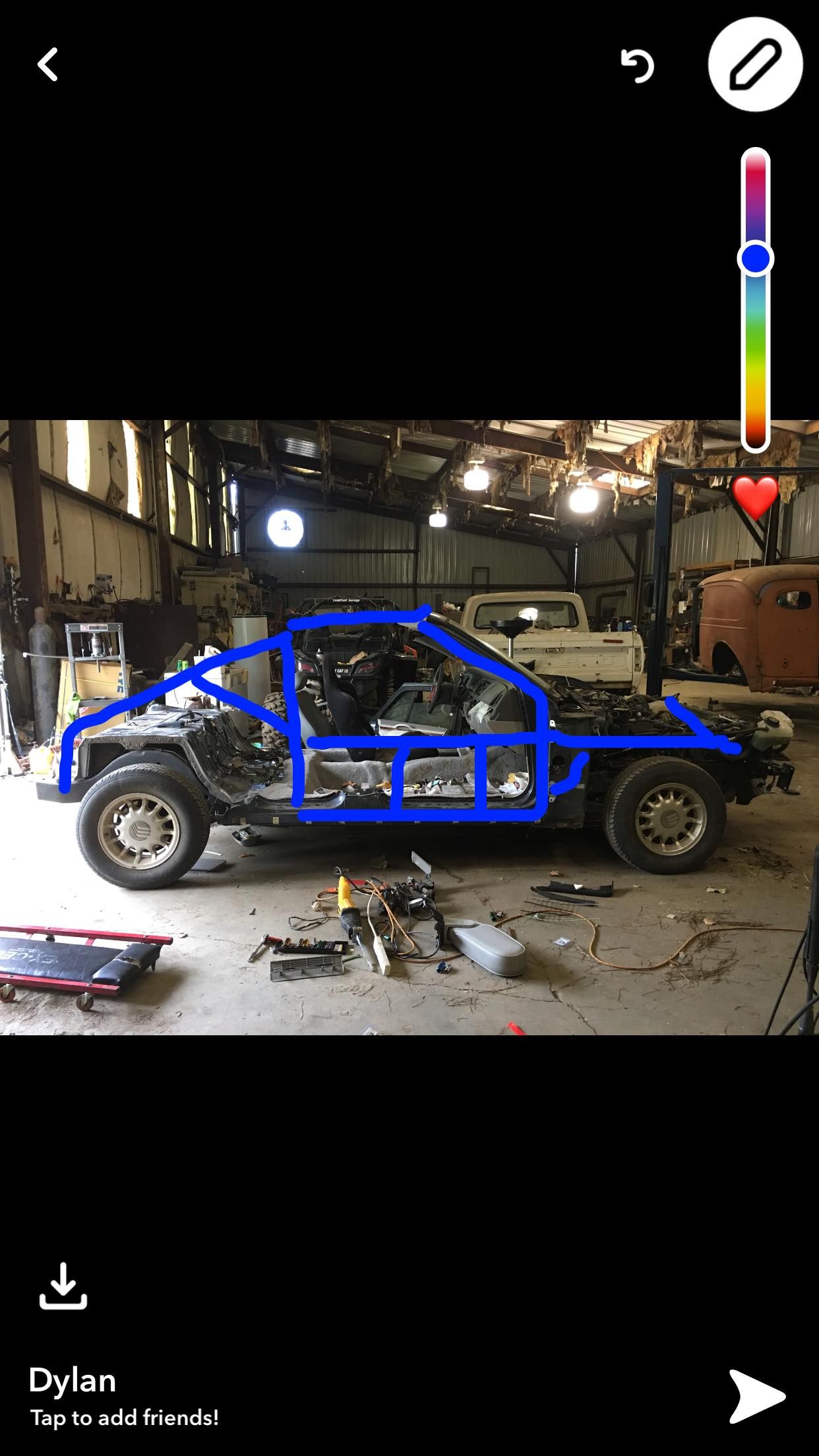 Yep. You read that right. He got a cage done in two days and made an initial layout for it in a Snapchat message. The scaffolding cost him $1,500 and uses 1.75-inch DOM tubing. It was built to exceed SCCA Club Racing specifications, Mathis said. 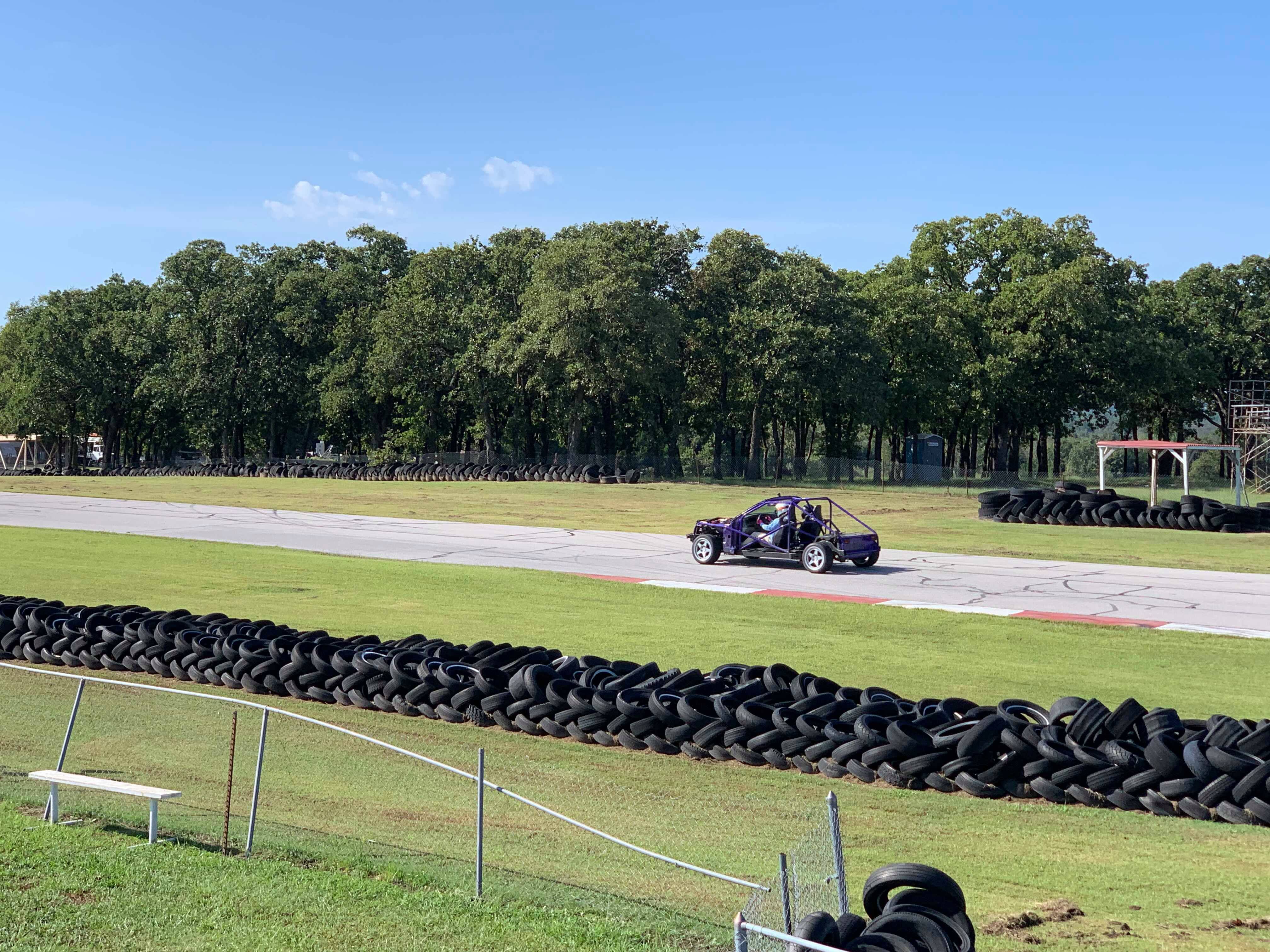 “I financially found this to be the best candidate for a race car,” Mathis said. “Put down better lap times than my M sport 2008 135i BMW 6-speed.”

After putting it all together, the car then sat for around two years before he actually did any kind of performance driving with it.

To better prepare it for track use, Mathis invested in sportier seats, safety harnesses, a Ford Performance gear set, a limited-slip differential, a tune, and Federal RSRR high-performance tires.

You know, the important things. 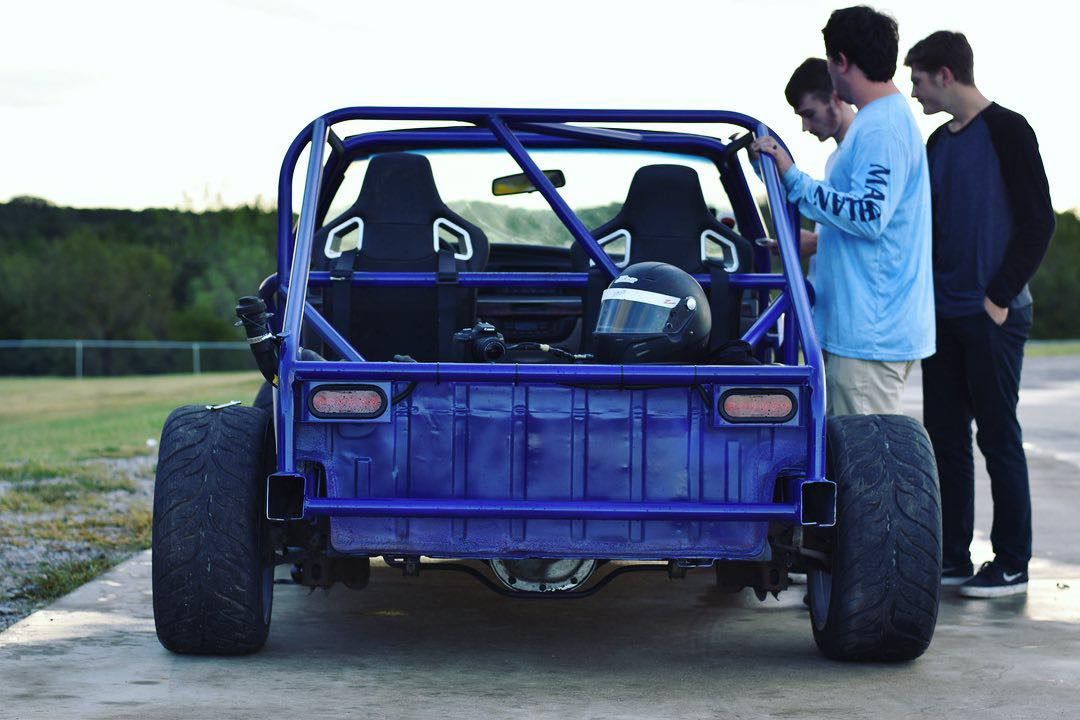 The Grand Marquis is still running on its original brakes and suspension. Though, I’d imagine if more track use is in its future, that might change.

In total, Mathis said he spent $4,800 getting the build together. And, in case you were wondering, the cage is painted Dodge’s Plum Crazy purple.