What’s the worst part about having a radio-controlled car? Having to stop for fuel or a fresh battery, which is usually about 20 minutes or so in best-case scenarios. New battery technology is increasing that time, but now you can add hydrogen to the list of RC fuel sources. Sort of, anyway.

Yes, this mini Toyota Mirai runs on an equally small hydrogen fuel cell. Toyota turned to UK-based tech company Bramble Energy for a miniature fuel cell, a project which the company says was a challenge. Basically, a miniaturized version of Bramble Energy’s printed circuit board fuel cell system was created with the idea of fitting it into a 1:10 scale radio control chassis. Two small hydrogen tanks that resemble AA batteries are installed on either side of the board, feeding the hydrogen manifold in front.

It’s all mounted into a 1:10 scale chassis from Tamiya, the other partner Toyota called upon for this experiment. Known for its wide range of scale radio-control cars, Tamiya supplied a TT-02 four-wheel-drive chassis for the foundation. For you RC fans out there, we’re sad to say Toyota doesn’t offer information on the motor or the mini Mirai’s speed, but power output is listed at 20 watts. Toyota claims it’s enough to double the normal operating range versus conventional batteries, and it’s all topped off with a custom-molded body finished in the shape of a Toyota Mirai. 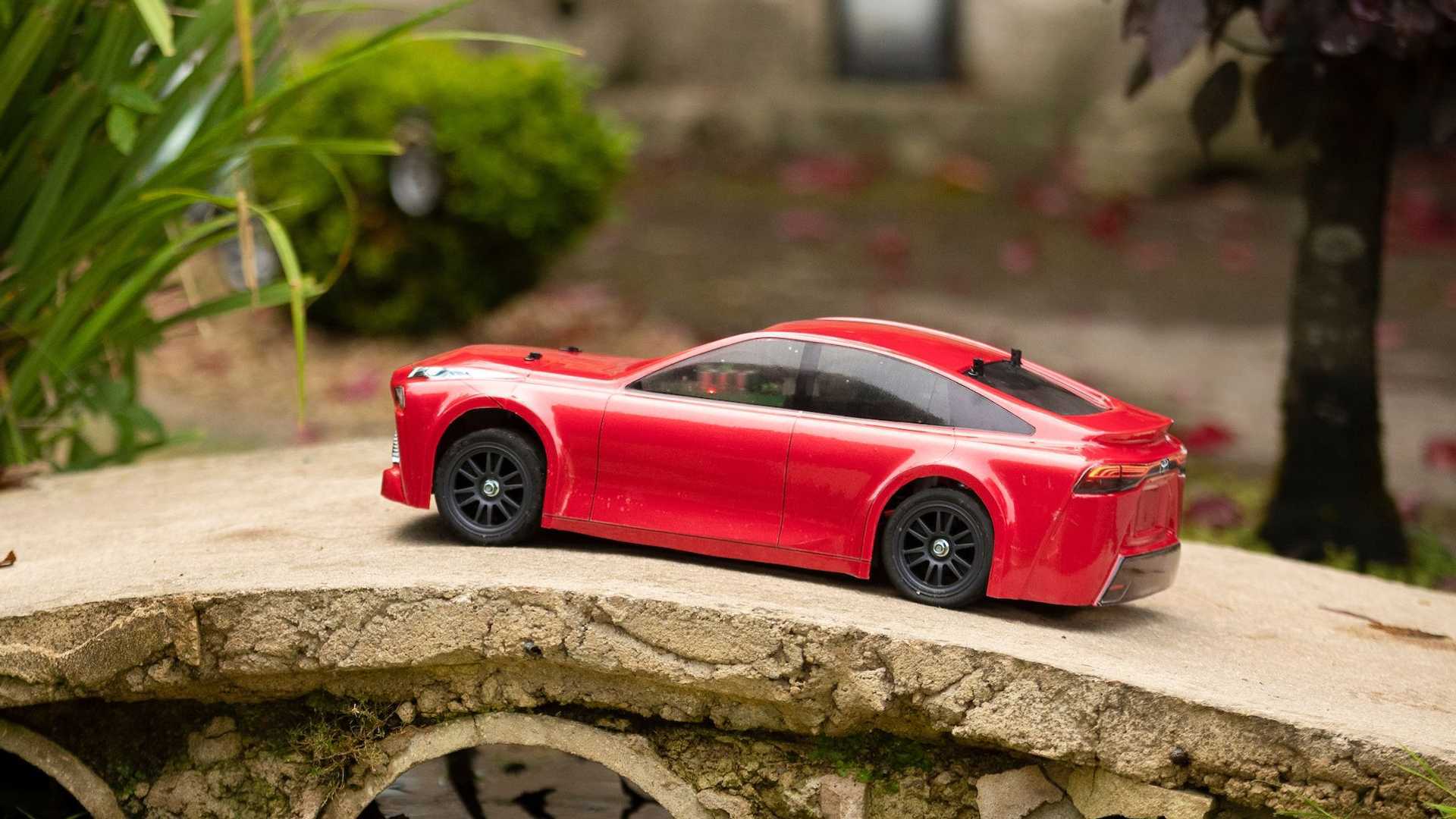 Why build a hydrogen-powered RC car? According to Toyota, it’s not about creating a cool new toy. Rather, it’s showcasing how hydrogen fuel cell technology can expand beyond automobiles. That means you won’t be buying one from the local hobby store anytime soon, and yes, there’s some irony in Toyota creating a model car to make a case for using hydrogen outside the automotive realm. But everyone loves RC cars, and there’s no denying this project is very cool both in terms of tech and fun factor.

“Cars are the tip of the iceberg for Toyota in terms of progress towards a hydrogen society,” said David Rogers, Toyota spokesperson on alternative fuels. “Hydrogen will play a key role in meeting our future energy needs, bringing zero-emission driving for both big cities and small villages. It allows us to store renewable energy and transport it easily, so that it can be used on demand to power a variety of industries.”

2022 Goodwood Festival Of Speed Goes Back To June
Car Reviews