A rubber watch band isn’t all that uncommon, but a rubber watch band made from a race-winning Pirelli tire? You don’t see those often, but, that’s what Swiss watch brand Roger Dubuis offers with its Pirelli Selection. 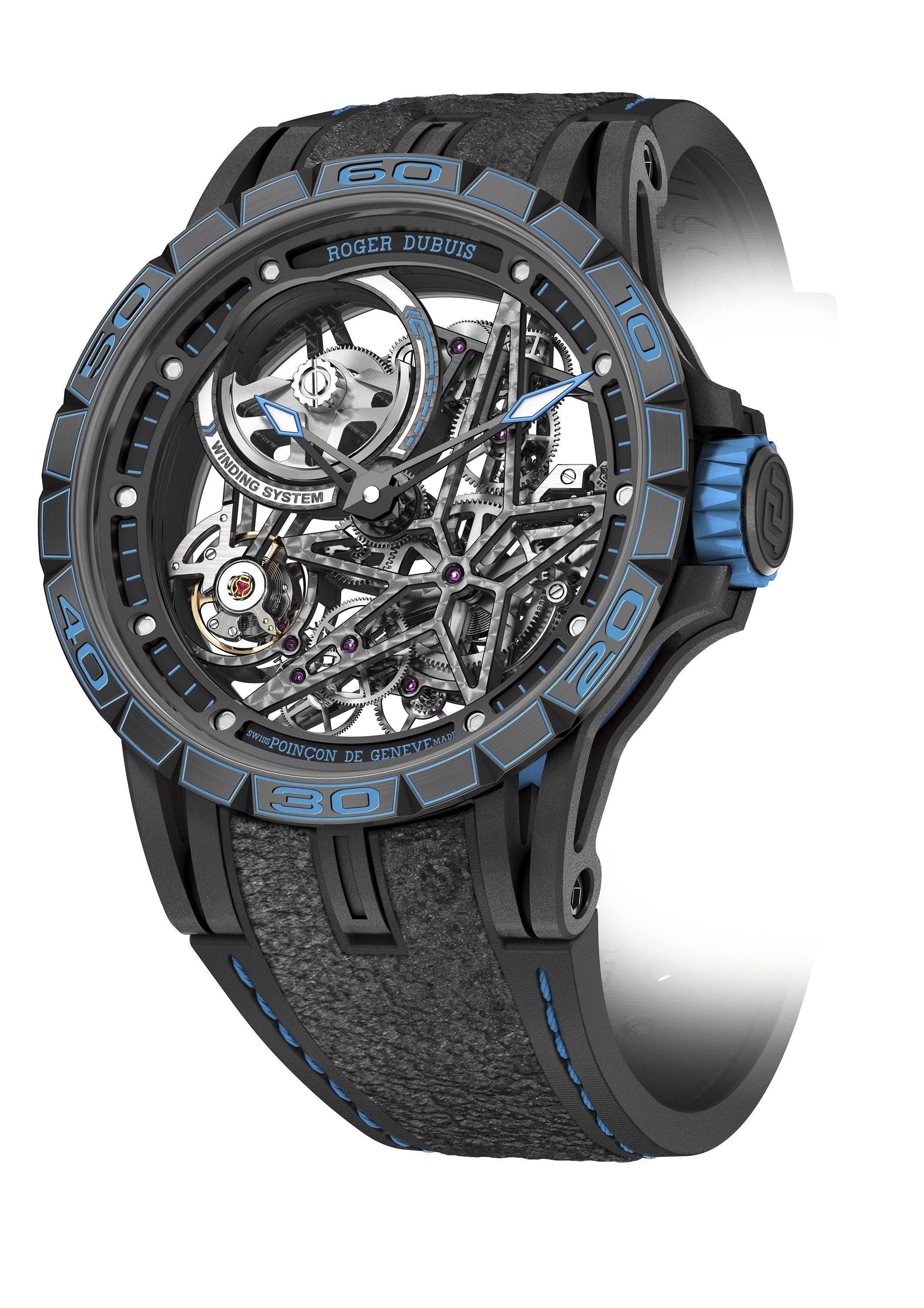 You probably know Roger Dubuis best for working with Lamborghini, but it’s been working with Pirelli for a couple years, too. Collaborations like this aren’t rare in the watch world, automakers and suppliers pair up with companies all the time, each with varying levels of brand integration. But this one is actually rather cool. Pirelli supplies recycled rubber to Roger Dubuis, and it’s then used to create part of the bands for these watches. The watches feature colorways inspired by the color bands Pirelli uses on its F1 tires do demarcate different rubber compounds, while the inside of the band has a recreation of a Cinturato tread pattern.

The band’s origin should be quite obvious to any motorsports fan, with all the marbles and debris a sticky race tire will pick up in its time on track. The looks won’t be to everyone’s taste—subtle these are not—but the craftsmanship is undeniable. Each features one of the brand’s in-house skeleton automatic movements, while versions with one or two tourbillons (which rotate the balance wheel, spring, and escapement to counter gravity’s effects) are available. Roger Dubuis also offers watches with bands that feature the tread patterns of various Pirelli winter tires, complete with titanium studs. 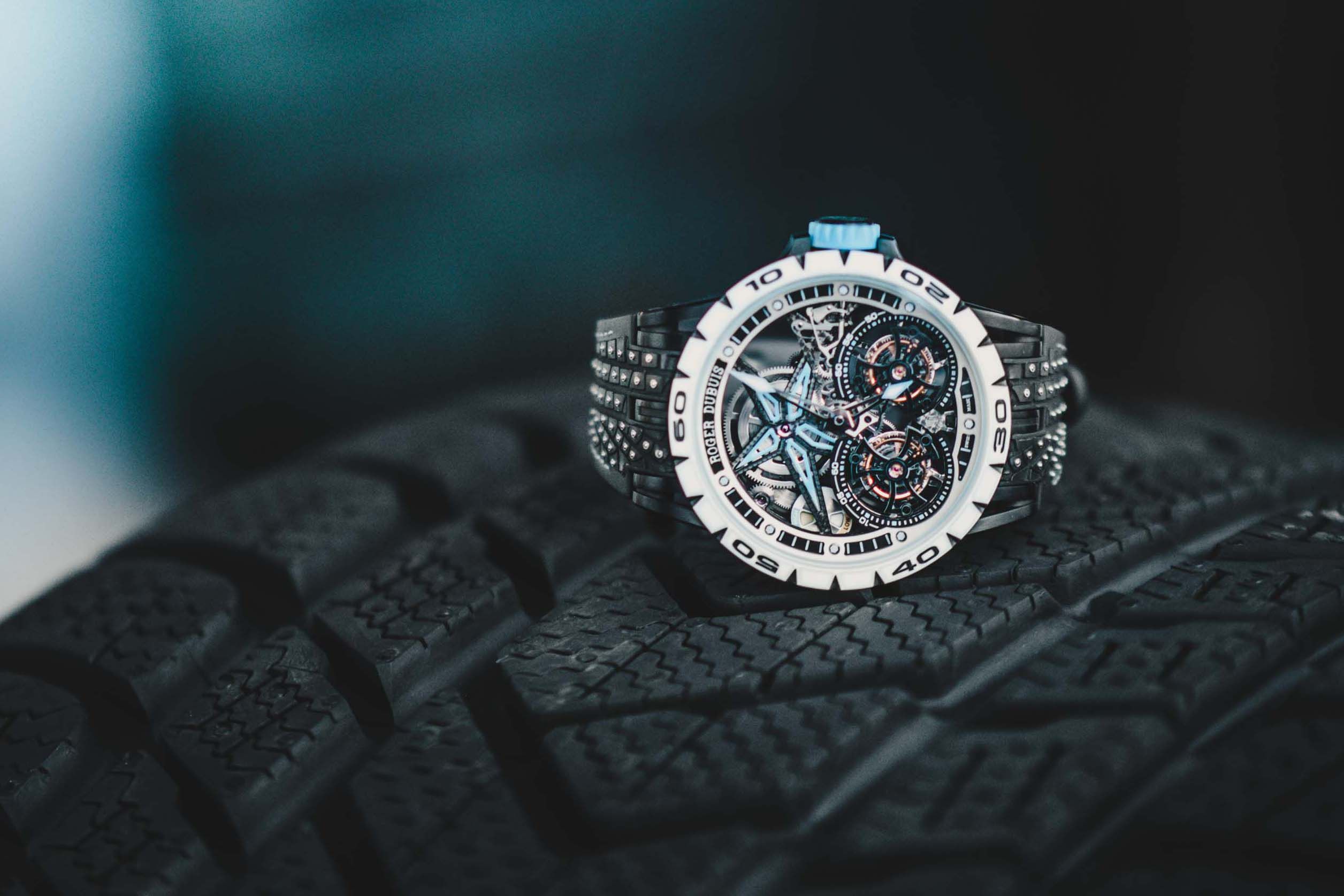 It won’t come a surprise that these are not cheap. While it’s difficult to determine pricing, as this isn’t the sort of thing you can order online from any retailer, an entry-level Excalibur Spider non-tourbillon watch is listed for sale on Mr. Porter for just under $75,000. That might cost more than many other watches, but it’s less expensive than buying a ride in F1 to drive on the tires.