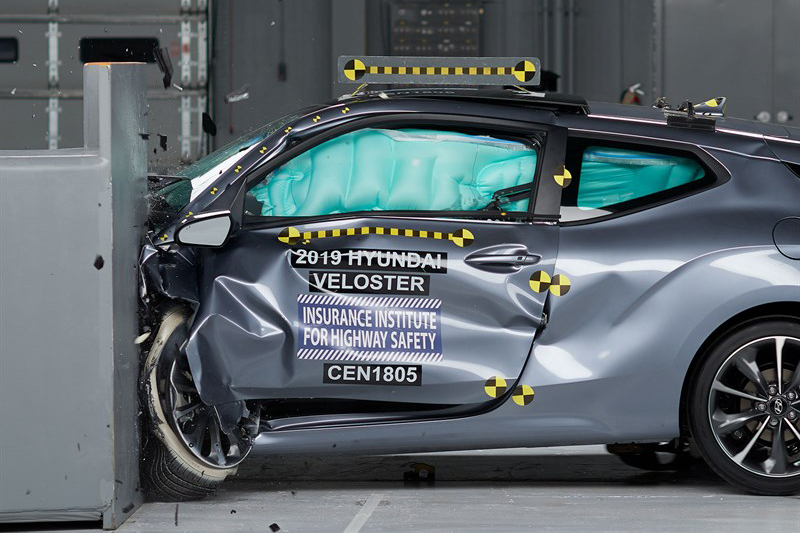 Hyundai’s redesigned 2019 Veloster may be small, but it has mighty safety scores. The 2019 Veloster earned the Insurance Institute for Highway Safety’s Top Safety Pick award, the agency’s second-highest designation.

But the Veloster’s Top Safety Pick designation isn’t cut and dried. To earn a Top Safety Pick award, a vehicle must also earn a good or acceptable rating in headlight tests, which is where things start to get complicated. Only Veloster models with specific headlights — those on the uplevel Turbo, Turbo Ultimate and Turbo R-Spec trims built after August 2018 — qualify. (You can usually find the month of manufacture on a sticker in the driver’s doorsill.)

A good headlight score is required for the Top Safety Pick Plus award, the agency’s highest designation. Since the Veloster earned an acceptable rating, it only gets a Top Safety Pick (no “Plus”).

To further complicate the scores, an issue with the Veloster’s unconventional door setup also proved to be a problem. It has two conventionally hinged doors on the passenger side and only one door on the driver’s side. The driver’s door opened during side-impact crash tests, which could lead to occupant ejection, IIHS said. Hyundai remedied the issue in Veloster models built after January 2019, and the door stayed shut in a second test. The automaker has issued a recall for cars produced before the change.

Joey Meier Out as Brad Keselowski's NASCAR Spotter Next Year