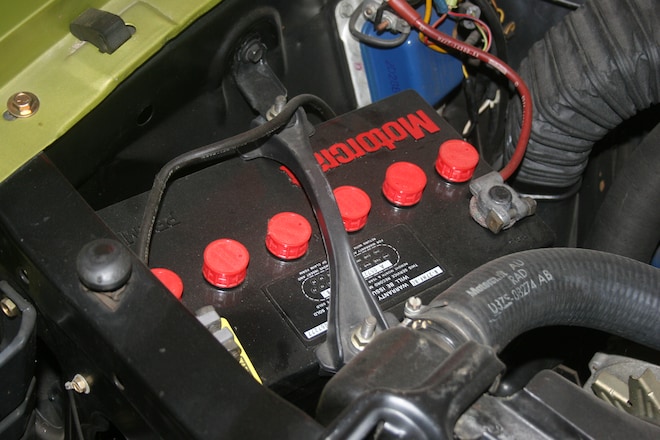 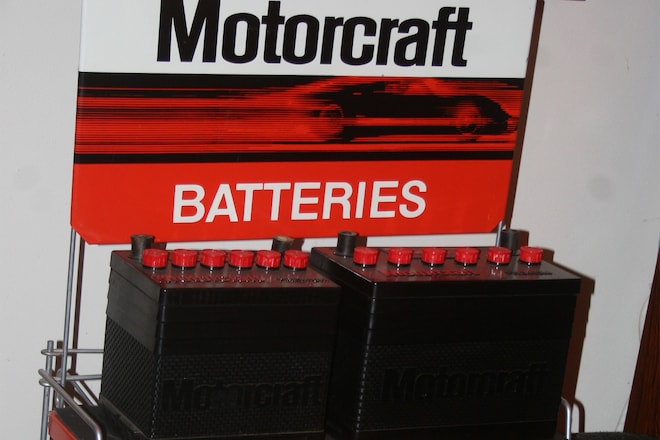 Motorcraft Battery for 1973
I have a 1973 Mach 1 with 22,000 original miles. It’s unrestored and very original. I even found a 1973 Motorcraft FL-1 oil filter for it. The original battery was gone before I got the car from the original owner in 1998. I would like to find an original battery for the car but I don’t really know what a 1973 Motorcraft battery looks like. My car has a Group 27 battery tray. Any pictures or details would be greatly appreciated. 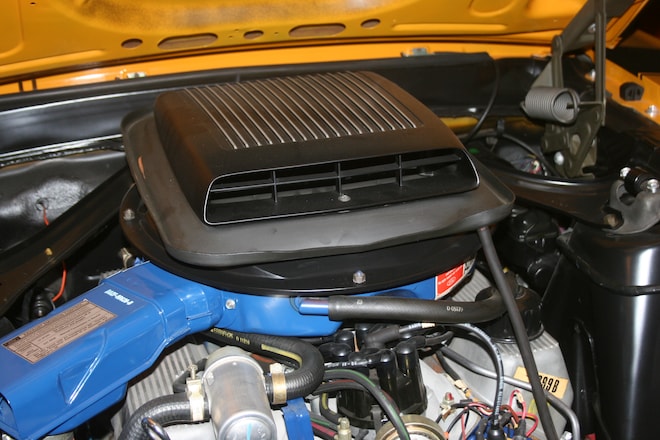 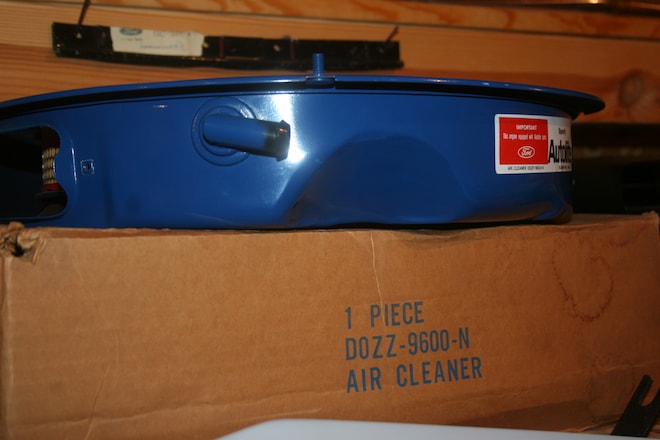 Boss Air Cleaner Elbow
I have a question on my 1970 Mustang Boss 302. I have the shaker air cleaner on my car. Does the rubber grommet and plastic elbow for the breather hose get painted blue or were they installed after the air cleaner was painted blue? I have seen both scenarios and judges seem to have different opinions on which is correct.

The rubber grommet and plastic elbow used on the 1970 Boss 302 air cleaners were painted Ford Corporate Blue in the air cleaner base as an assembly. This small detail is often overlooked during restoration. 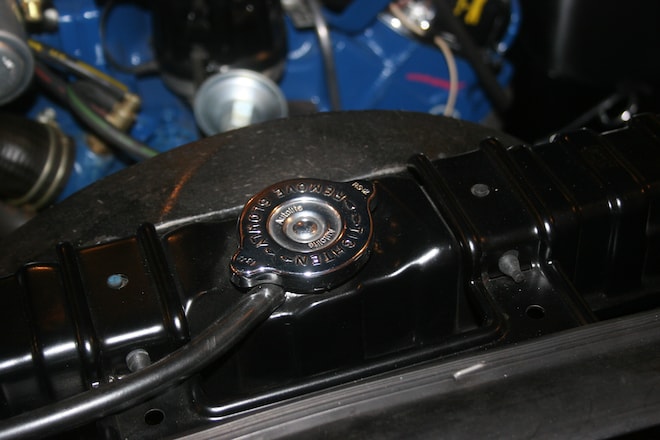 Mach Radiator Cap
We are nearing completion of my 1969 428 CJ Mach 1 restoration. I’m not sure if the car would use the chrome Autolite radiator cap or the zinc plated Dearborn cap. My car is a Dearborn car with aluminum valve covers and a May 1969 build date. Please advise. Thanks!

Here are the 2019 NASCAR standings … without the playoffs

Lightbulb Moment: 2020 Volvo S60 Shines in Safety Test, If You Get the Upgrade Headlights
Car Reviews