VW says it will not be put on sale, but do you that?

As Volkswagen brand’s CEO, Ralf Brandstätter often publishes interesting news about it on his LinkedIn profile. He has clarified many aspects of the project Trinity there, for example, and now the executive presented images of what is supposed to be just a concept car. But, despite the disclaimer in the pictures and the text, we don’t buy it: the ID.X is just too cool for the company not to want to sell it. It’s the electric hot hatch VW needs.

Using many components from the ID.4 GTX, the ID.X also has power on all its four wheels, as the name suggests. It also uses the 82 kWh battery pack from the sporty ID.4 (with 77 kWh of usable capacity) and delivers 245 kW (329 hp). 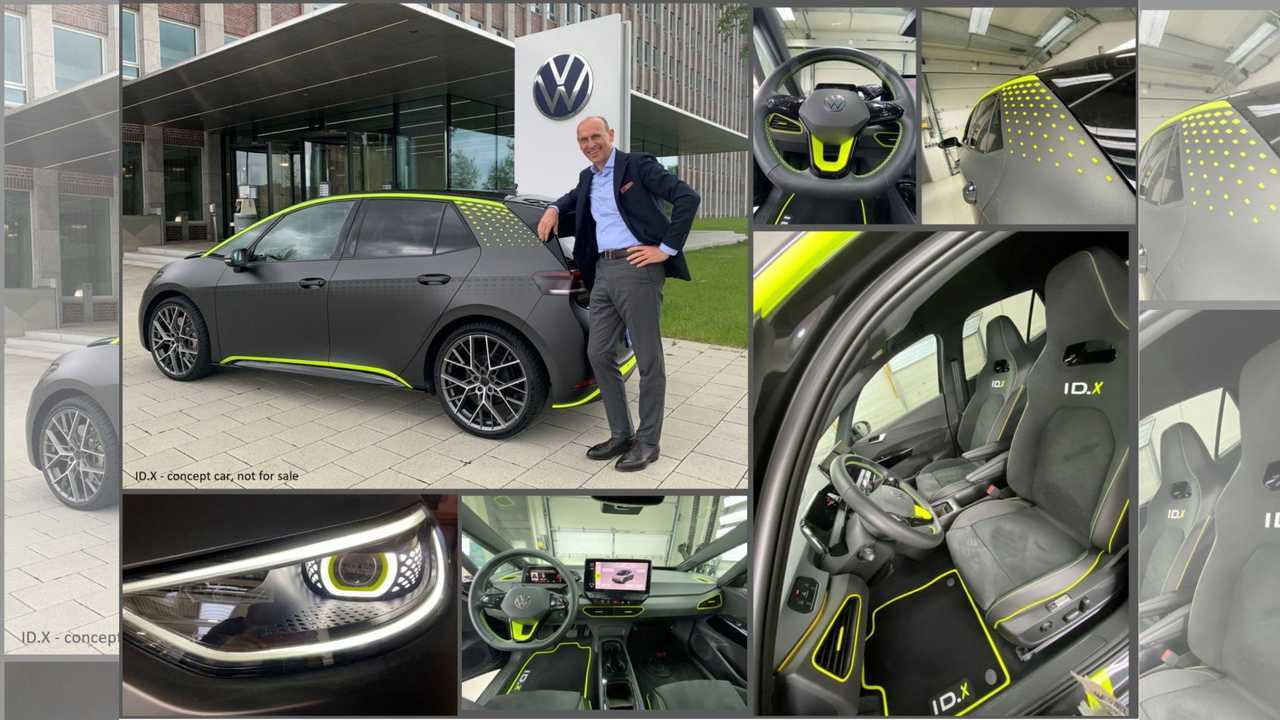 This would be enough for a hot hatch worthy of this classification, but there is more. Volkswagen engineers managed to make it 200 kilograms (441 pounds) lighter than its ID sibling with a similar battery pack. We just wonder how the company managed to achieve that.

With so much less mass, the ID.X goes from 0 to 100 km/h (62 mph) in 5.3 seconds. For electric cars competing to reach times around 3 s or even less, it may seem modest, but it beats the 2021 Golf GTI Clubsport by 0.4 s: the combustion-engined hot hatch icon does the same in 5.7 s. Could the ID.X be quicker? Possibly, but so can the Golf GTI. The reason they aren’t is cost.

Gallery: This Is The VW ID.X, The Electric Hot Hatch

Volkswagen could skip the ID.X for the same reason: if it is unlikely to make a profit, it will remain as a demonstration vehicle, something that demonstrates how versatile the MEB platform is, as Brändstatter said in his LinkedIn post. However, car enthusiasts willing to make the move to electric cars may want to do so only when they have an exciting vehicle around. If Volkswagen is not willing to offer one, Tesla or its new competitors are.