VW ID.5 GTX Spied Scooting Around The 'Ring With A Fake Grille

We haven’t seen much from Volkswagen recently regarding the the ID.5 GTX, itself a sportier version of the ID.4. The ID.5 GTX concept showed off its colorful body in September at the IAA show in Munich, and the production version is expected to be pretty much a carbon copy, sans the multi-colored body wrap of course.

That said, sightings of test vehicles in public have been few and far between. In fact, we last saw an ID.5 prototype in April and actually, it was wearing pretty much the same camouflage as what we see now. By that, we mean a large sticker on its face resembling a grille that, at a glance, would certainly be convincing to the average person. We aren’t average people, and thanks to two sets of spy shots captured at the Nürburgring, we aren’t getting just a passing glance. 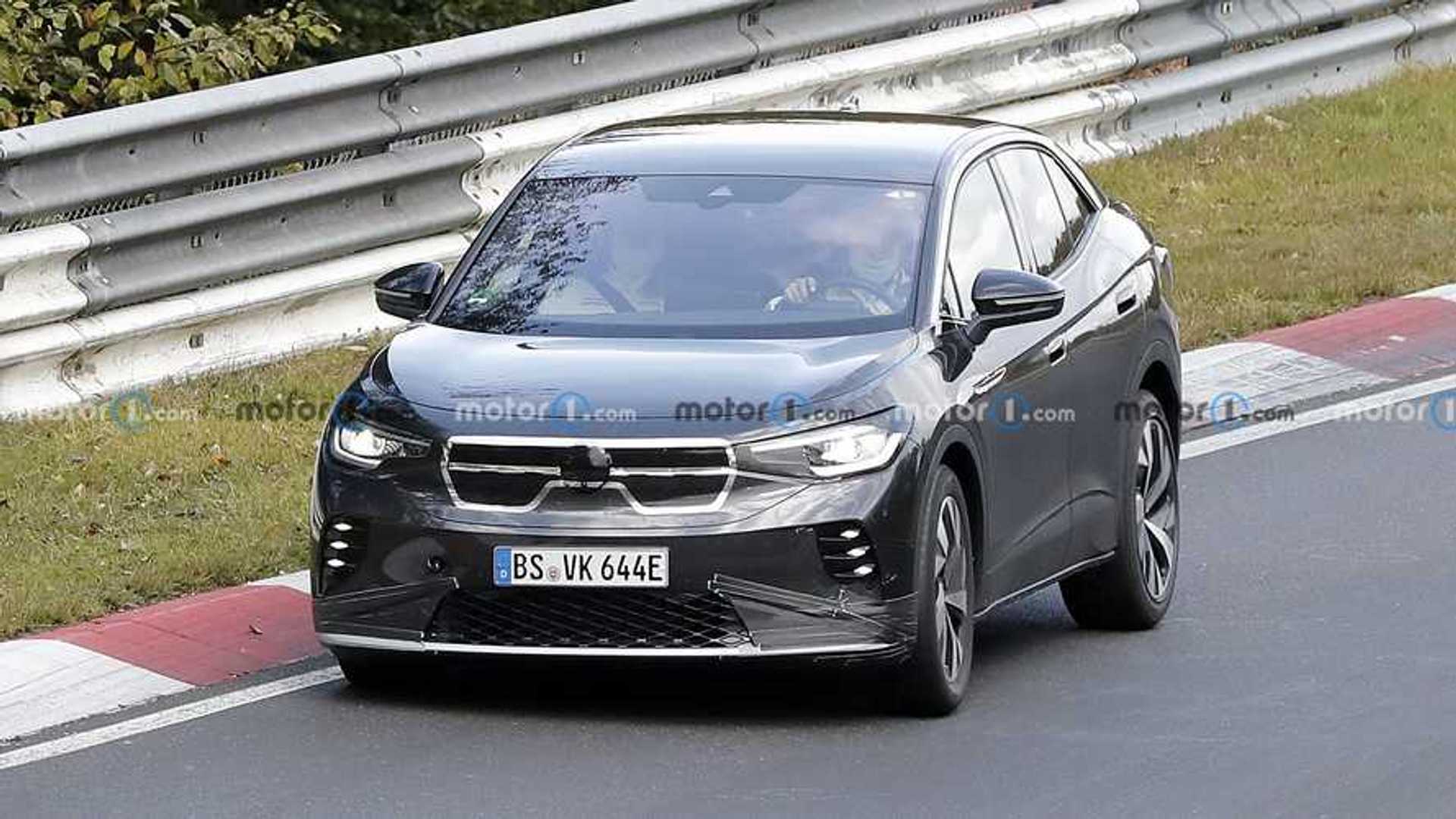 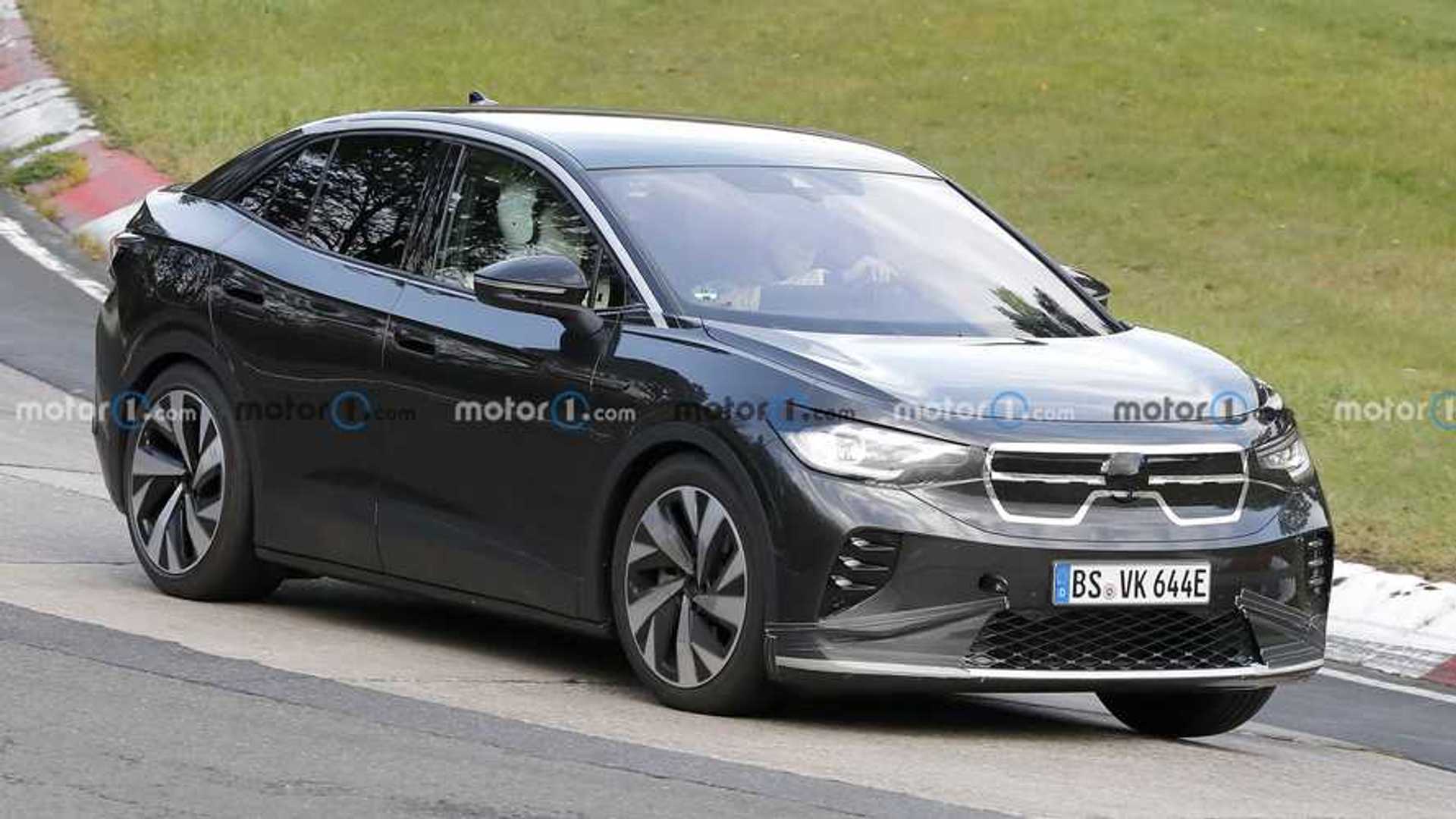 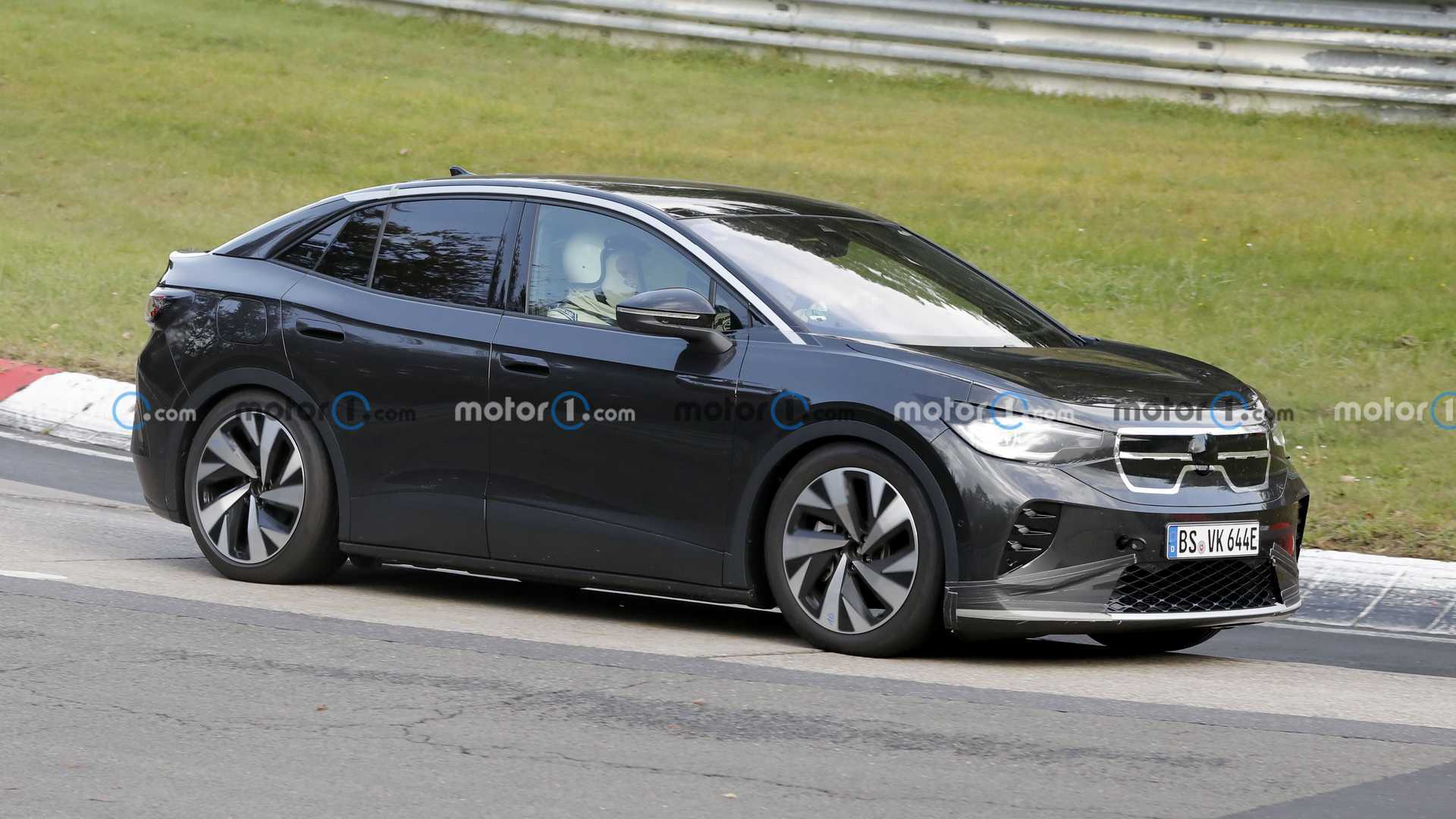 The images confirmed that yes, the production car will mimic the concept, at least in the front. Despite hard covering on the lower fascia, we see the same vertically-oriented vents at the corners with a large singular mesh intake down low. It’s possible the intake doesn’t span the entire fascia as on the concept, but we’d be surprised if it’s not an exact match.

There could be some differences between concept and production at the rear. This black test car completely conceals detail on the rear fascia, though the taillights and small wing are identical to the ID.5 GTX concept. At least VW got rid of the fake exhaust stickers that we saw back in April. This is an electric performance vehicle after all. Embrace the silence. 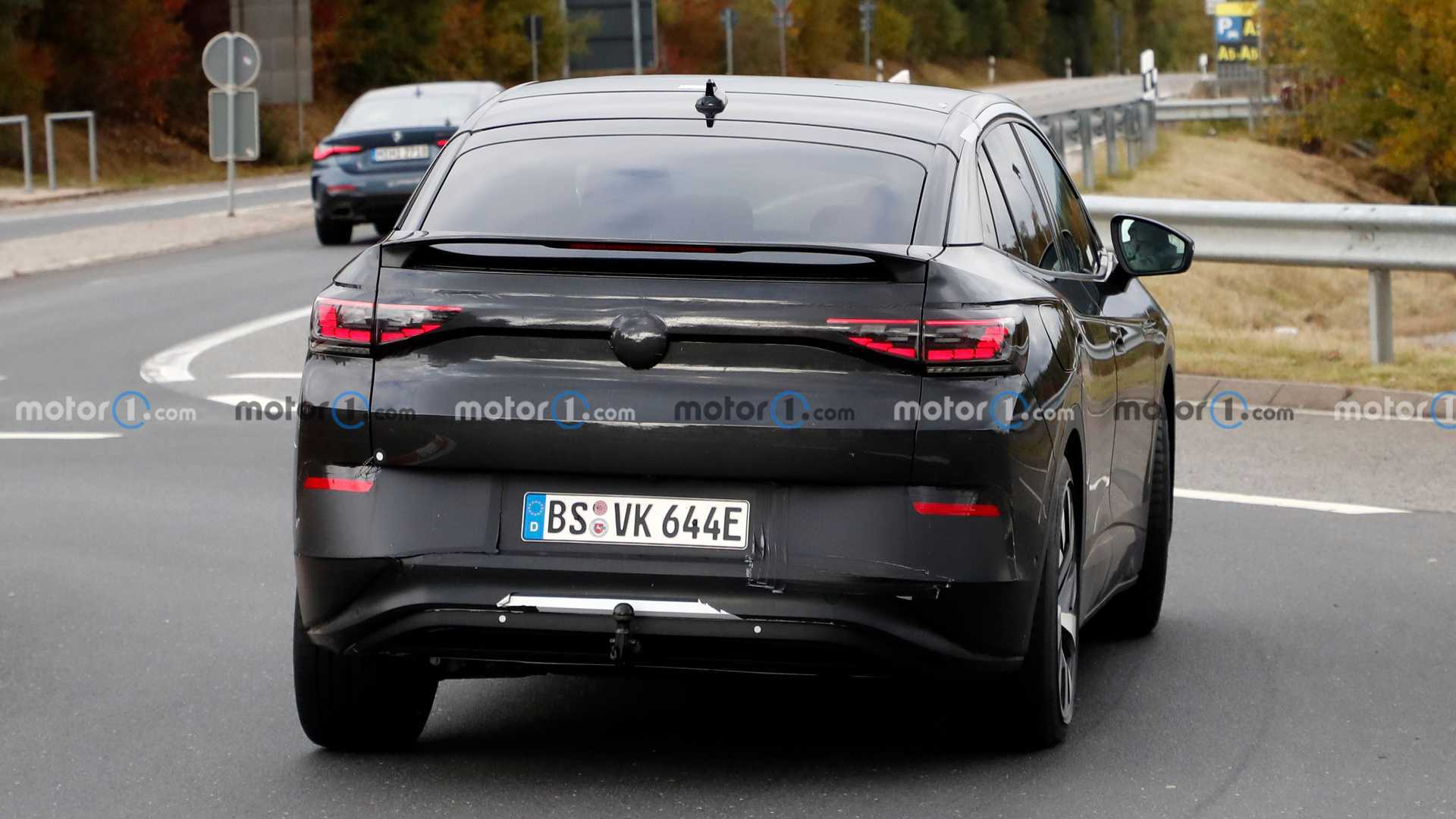 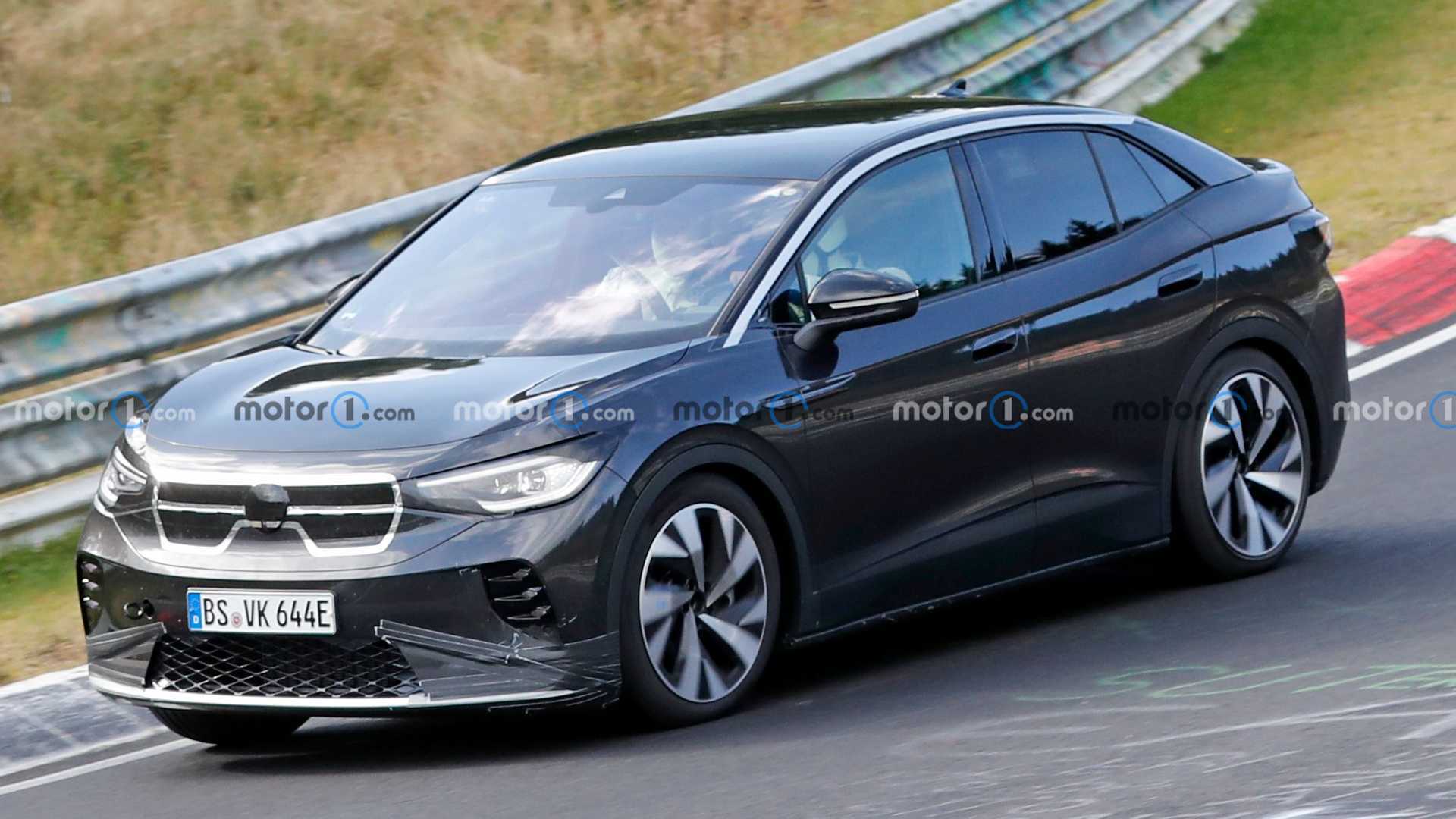 The GTX suffix will adopt a similar role on VW’s electrified lineup as GTI does for its internal-combustion cars. As such, we expect the ID.5 GTX to share a powertrain with the ID.4, including an all-wheel-drive version with two electric motors good for a combined 295 horsepower (220 kilowatts). It’s not a neck-snapper like the Tesla Model 3 or Mustang Mach-E, but the powertrain scoots the ID.4 to 60 mph in 6.2 seconds. With balanced weight and a tuned suspension, the ID.5 GTX could be a fun machine to toss around.

Though we’ve pretty much seen the ID.5 thanks to the concept, VW likely won’t launch the production model until sometime in 2022.

Nissan Leaf Will Transform Into An Electric Crossover In 2025