It should debut in full next year.

The T-Roc Cabriolet, Volkswagen’s only open-top model currently available, went into production about 19 months ago but it seems that the German automaker is already preparing a refreshed version of the high-riding cabrio. Our spy photographers sent us the first batch of photos showing a prototype of the model testing on public roads and it appears to be completely camo-free.

Snapped in the countryside near Volkswagen’s Wolfsburg headquarters, the test car is ready to unveil its updated front fascia in full without any disguise. As you can see from the attached photos, the bumper now has a simpler design with the lower section lacking fog lamps. In addition, the upper radiator grille has a different pattern and a thicker chrome strip, as well as just a single horizontal bar. 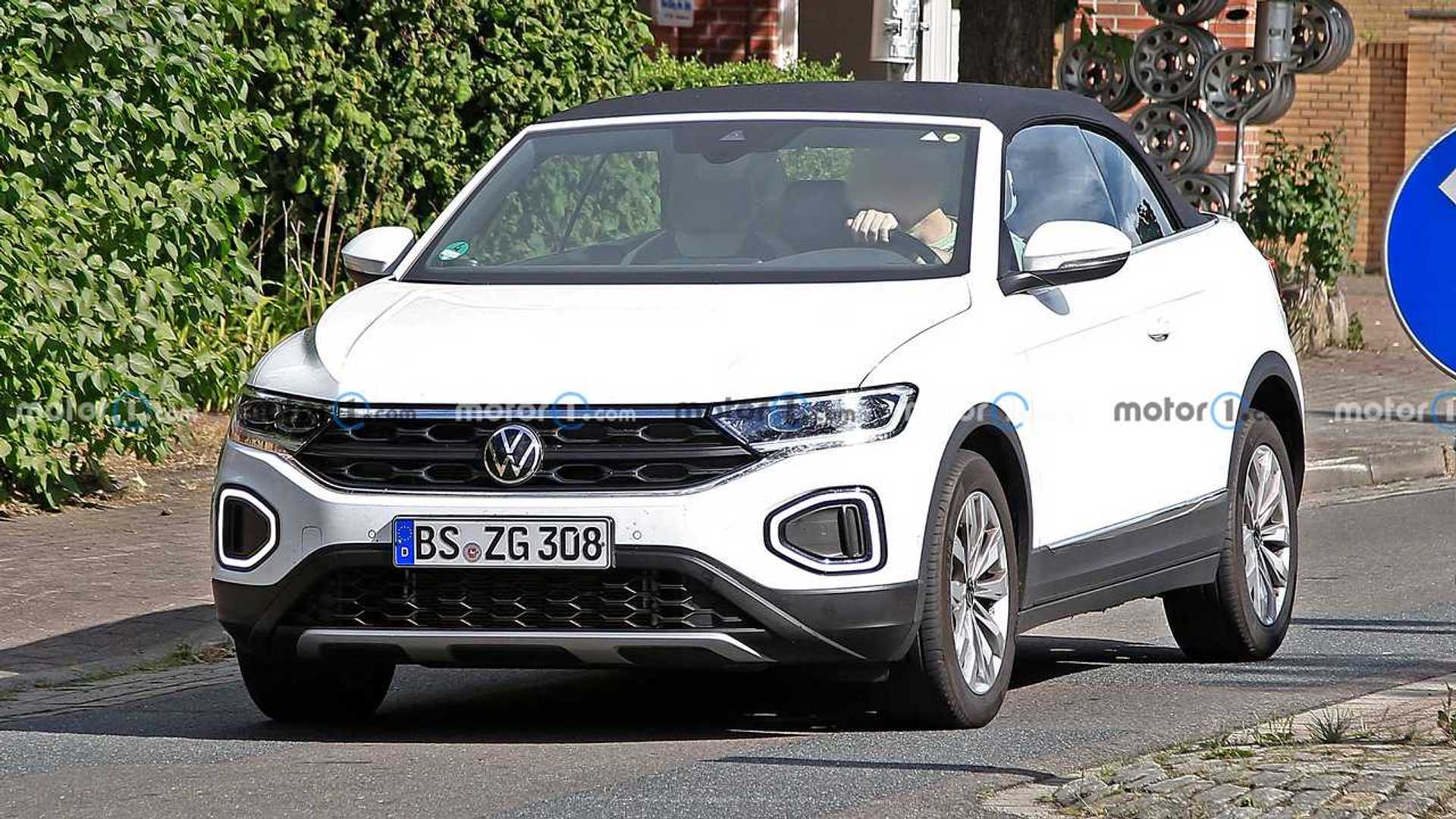 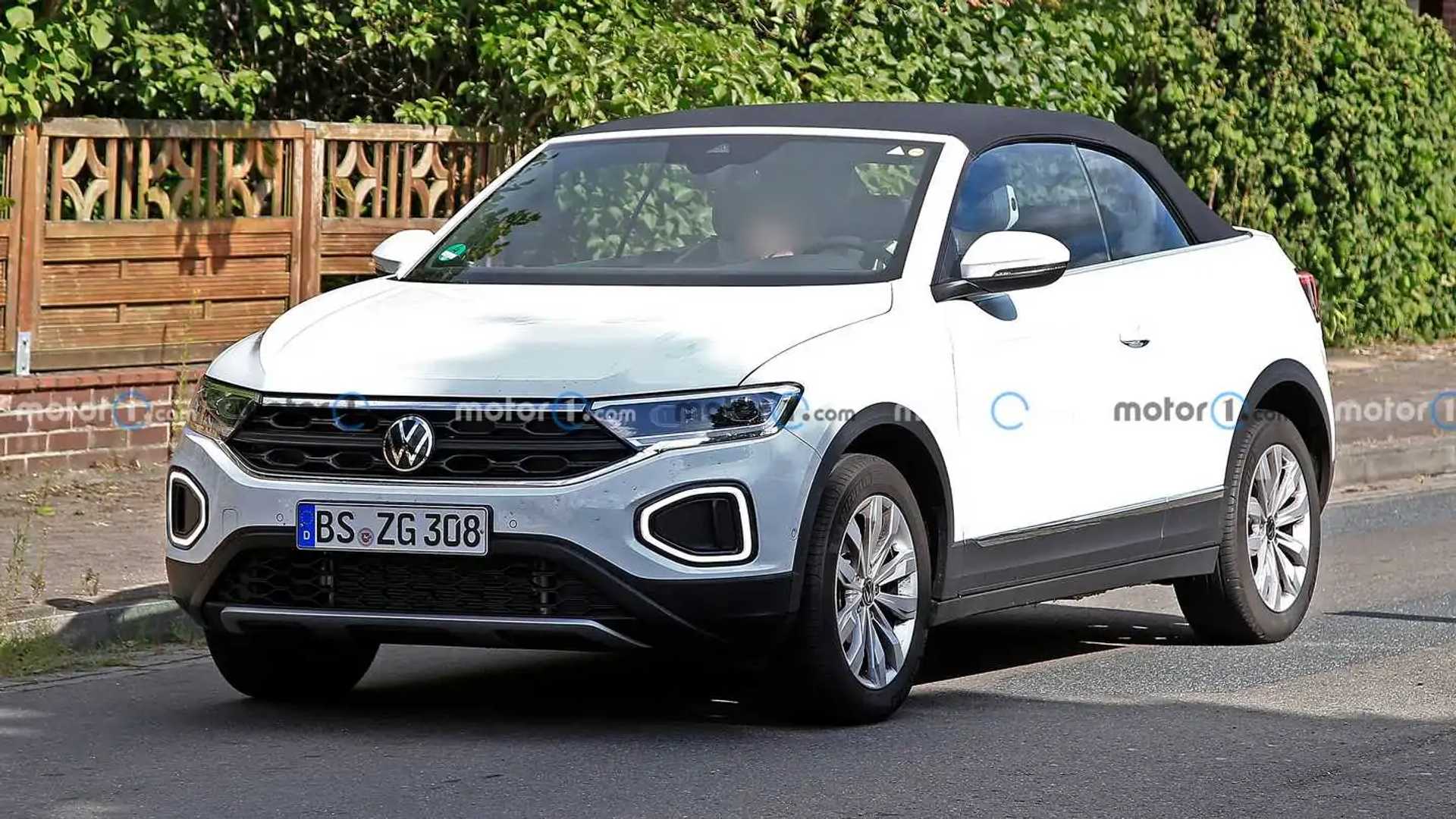 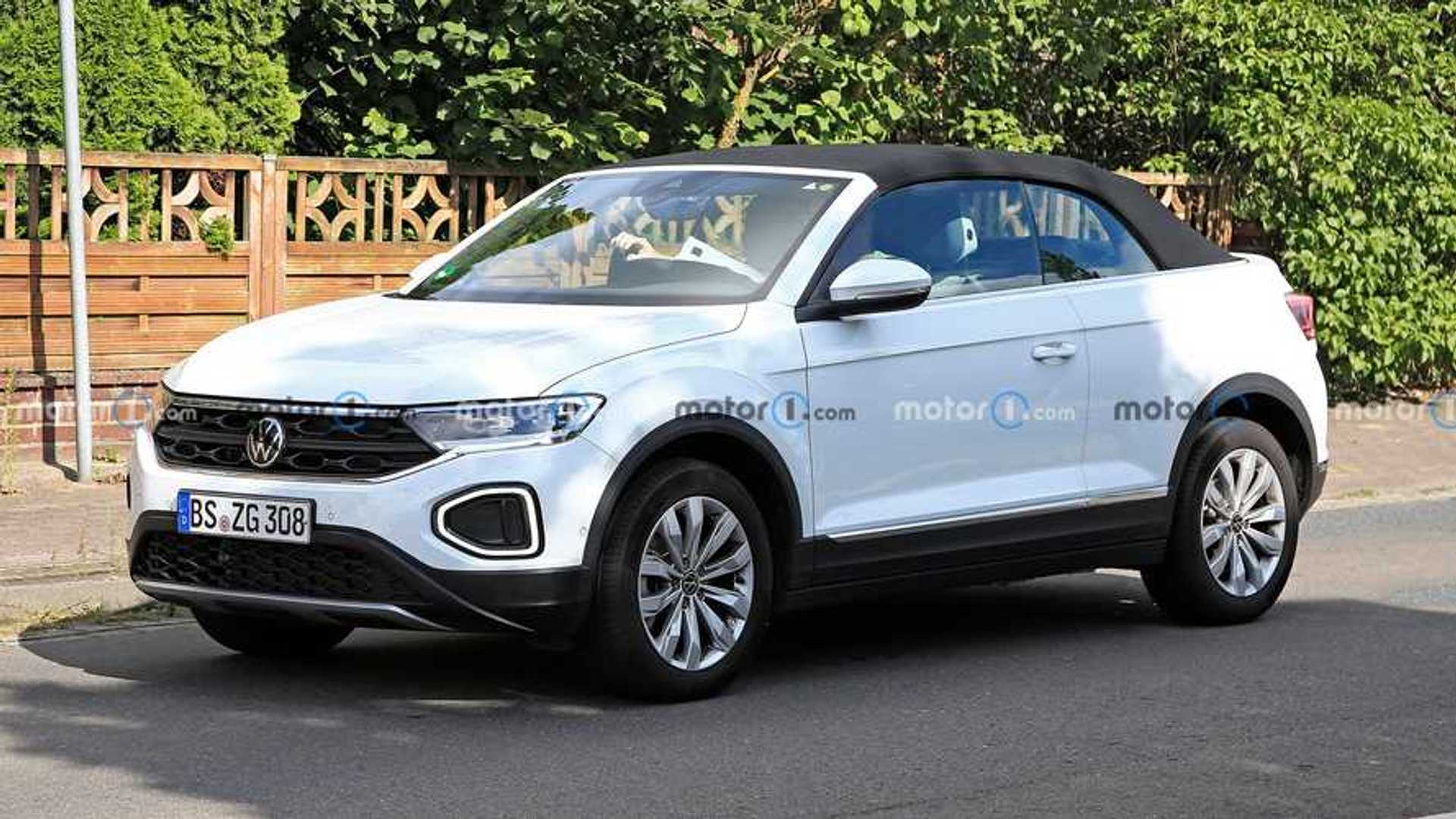 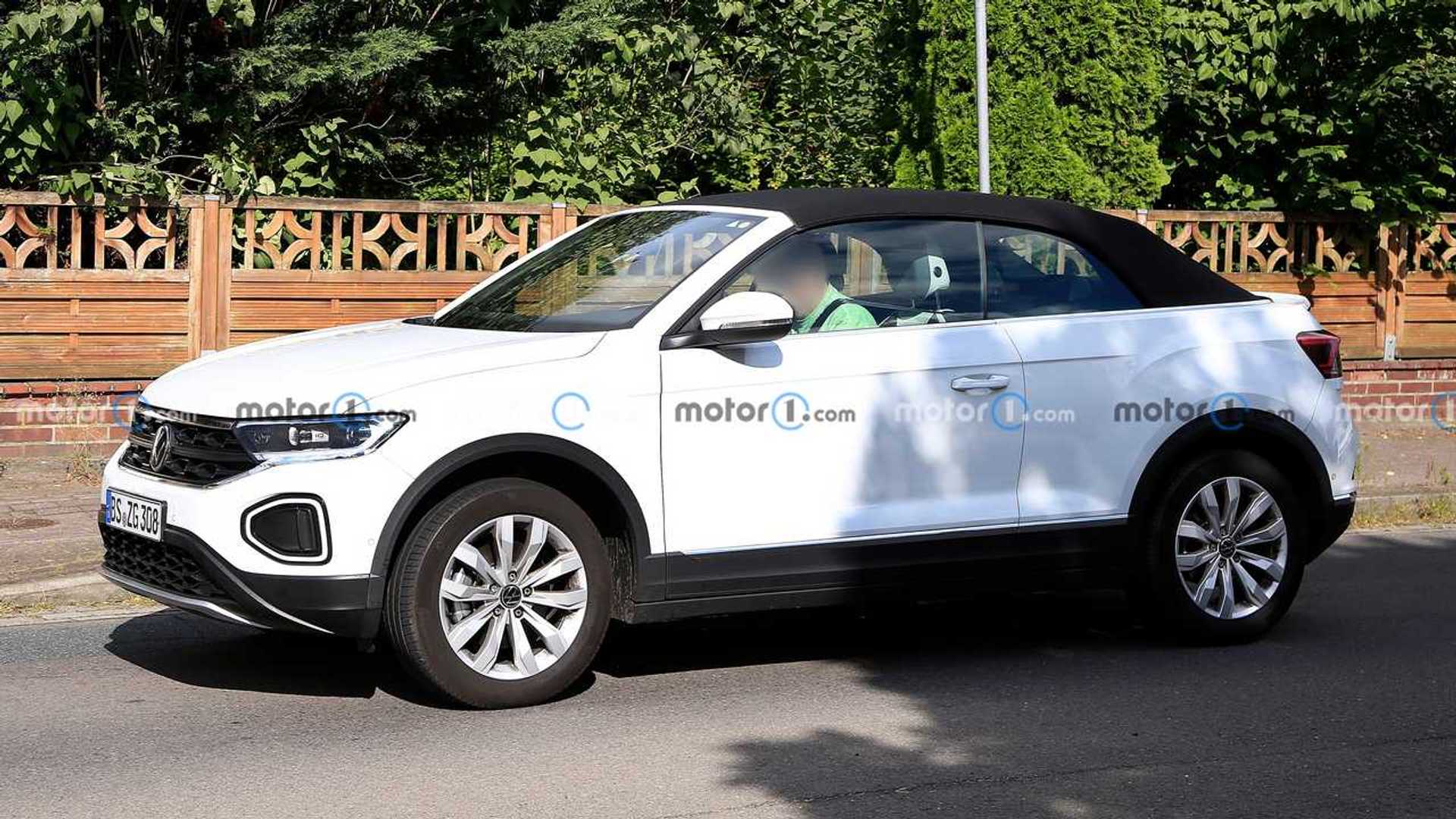 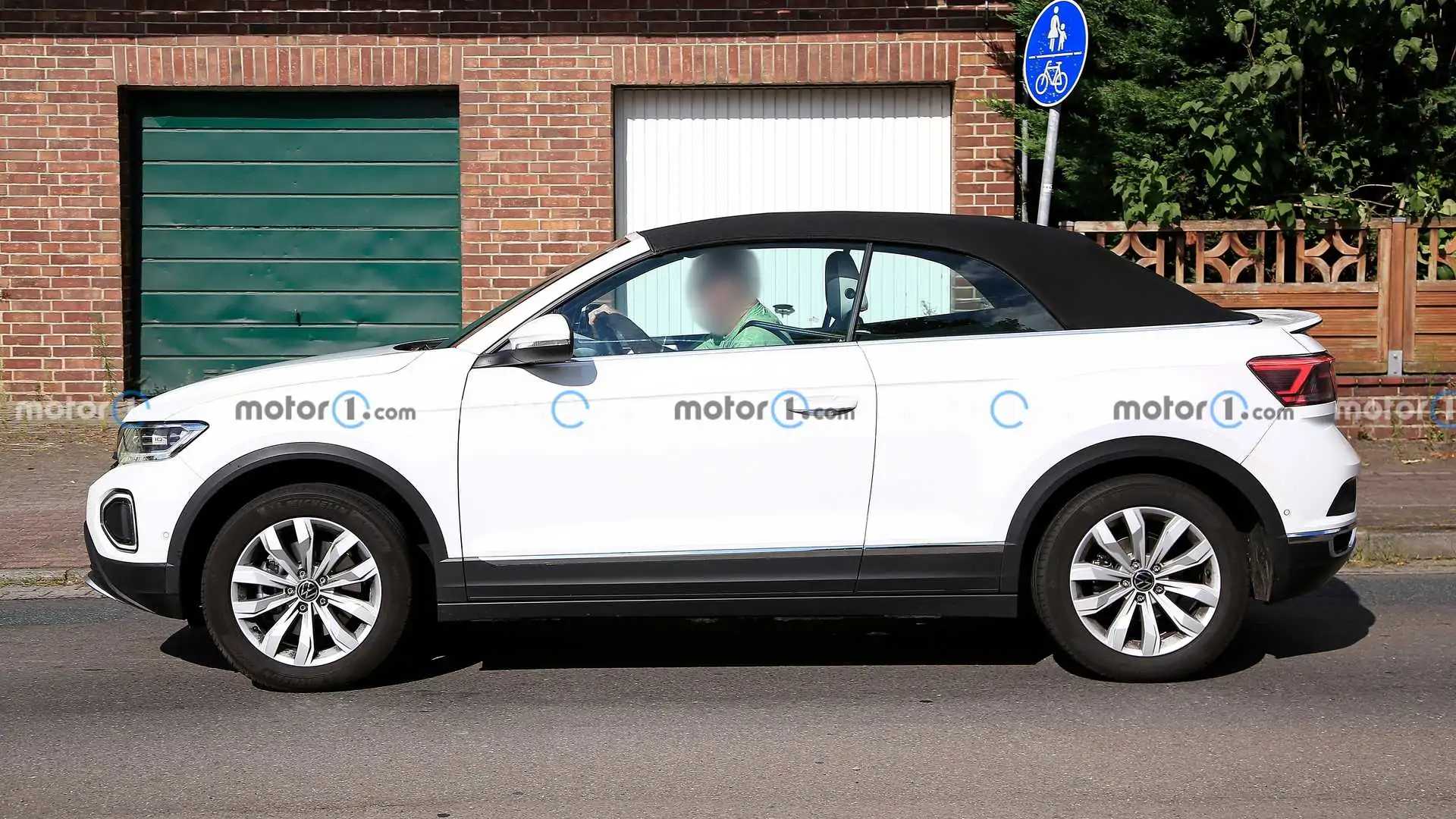 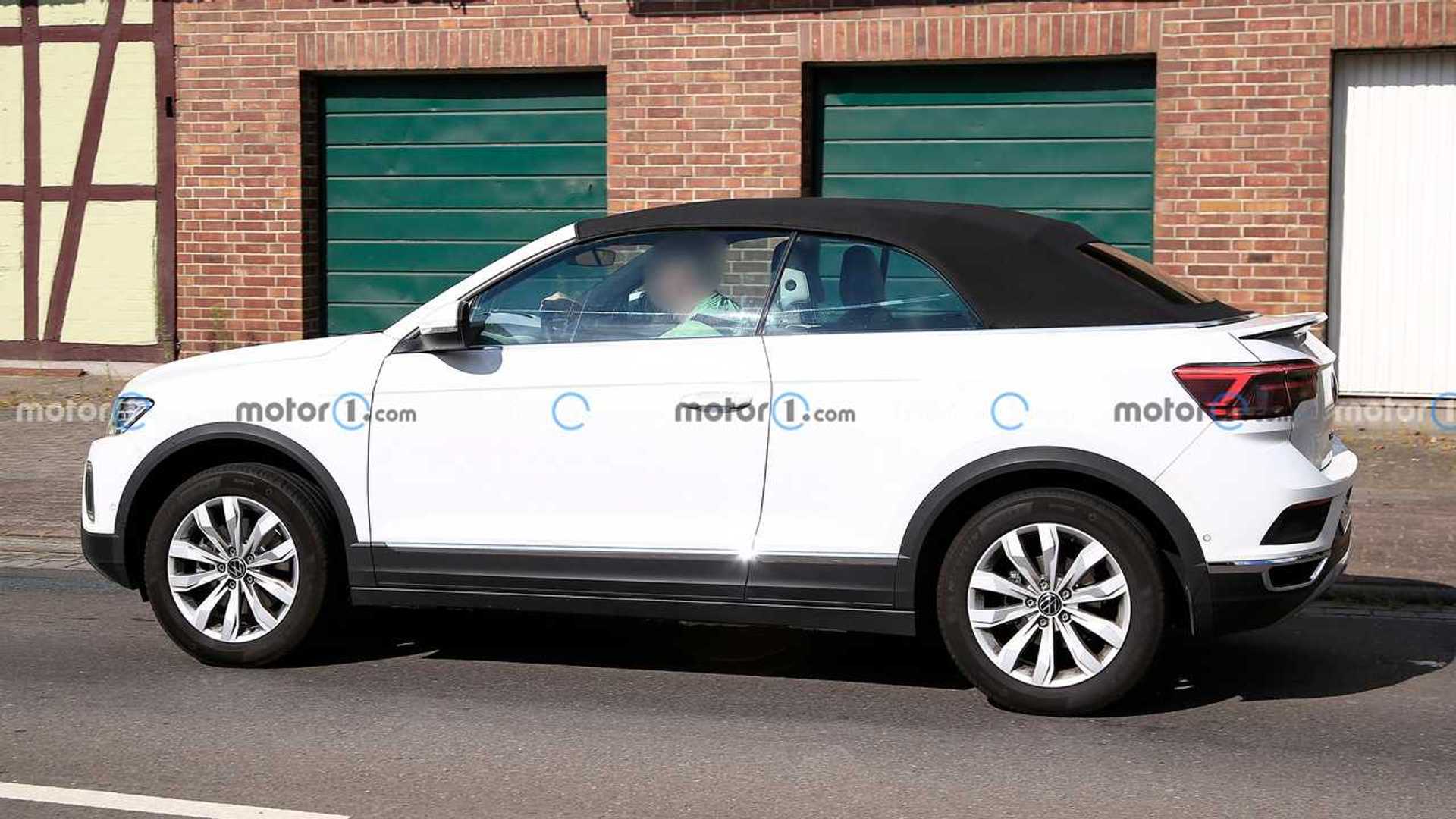 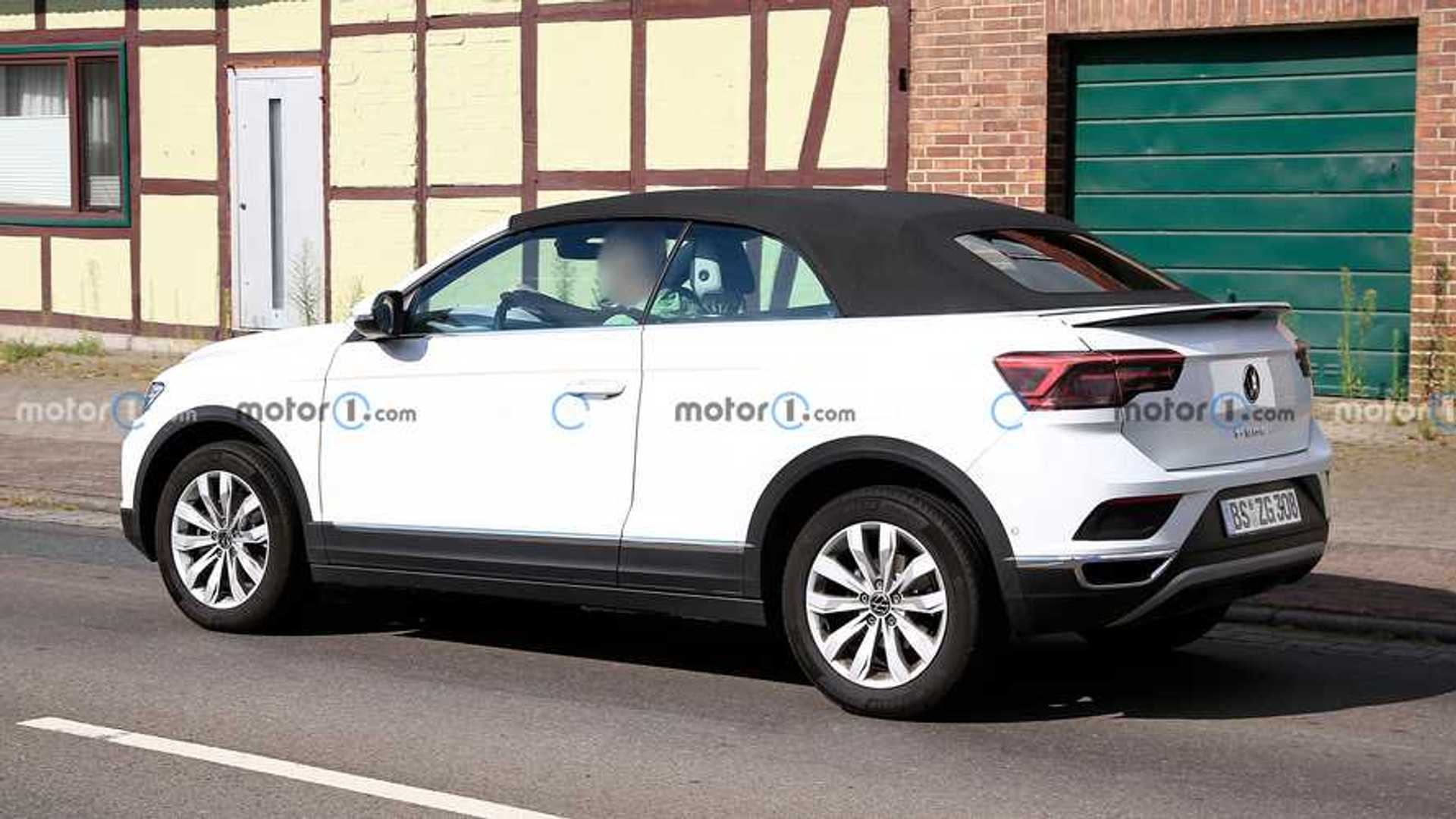 Our spies told us to expect the open-top crossover to also receive updated headlights which will incorporate new LED daytime running lights that will better correspond with the new grille design. These spy shots also suggest the hexagonal LED elements in the bumper could grow in size a little to create a more expressive appearance for the T-Roc Cabriolet.

At the back, everything looks to be unchanged, though there might be little tweaks to the taillight design and bumper arrangement in the final production version. New wheel designs and exterior colors shouldn’t be ruled out as well.

We don’t expect big (if any) changes under the hood where the T-Roc Cabriolet will continue to be powered by the current selection of TSI engines. Customers can choose between either a 1.0-liter, 114-horsepower (85-kilowatt) three-cylinder engine or a 1.5-liter TSI engine with 148 hp (110 kW). Regardless of the engine choice, the power reaches the front wheels through either a six-speed manual or an optional seven-speed, dual-clutch automatic gearbox.