The 2021 Mercedes-AMG GT 63 S claims a new record around the Nürburgring Nordschleife with a time of 7 minutes and 23.009 seconds or 7:27.800 depending on how the company times things. More on that in a moment, but first watch the video of the lap above.

There are multiple accepted ways of timing a Nürburgring lap. A 12.8-mile (20.6-kilometer) distance is what we generally see in automaker videos and in tests from publications like Germany’s Auto Motor Und Sport. Timing starts at the end of the turn 13 grandstand, and the clock stops at the beginning section of the same grandstand after the vehicle goes all the way around the circuit. For this metric, the GT 63 S completes the run in 7:23.009. 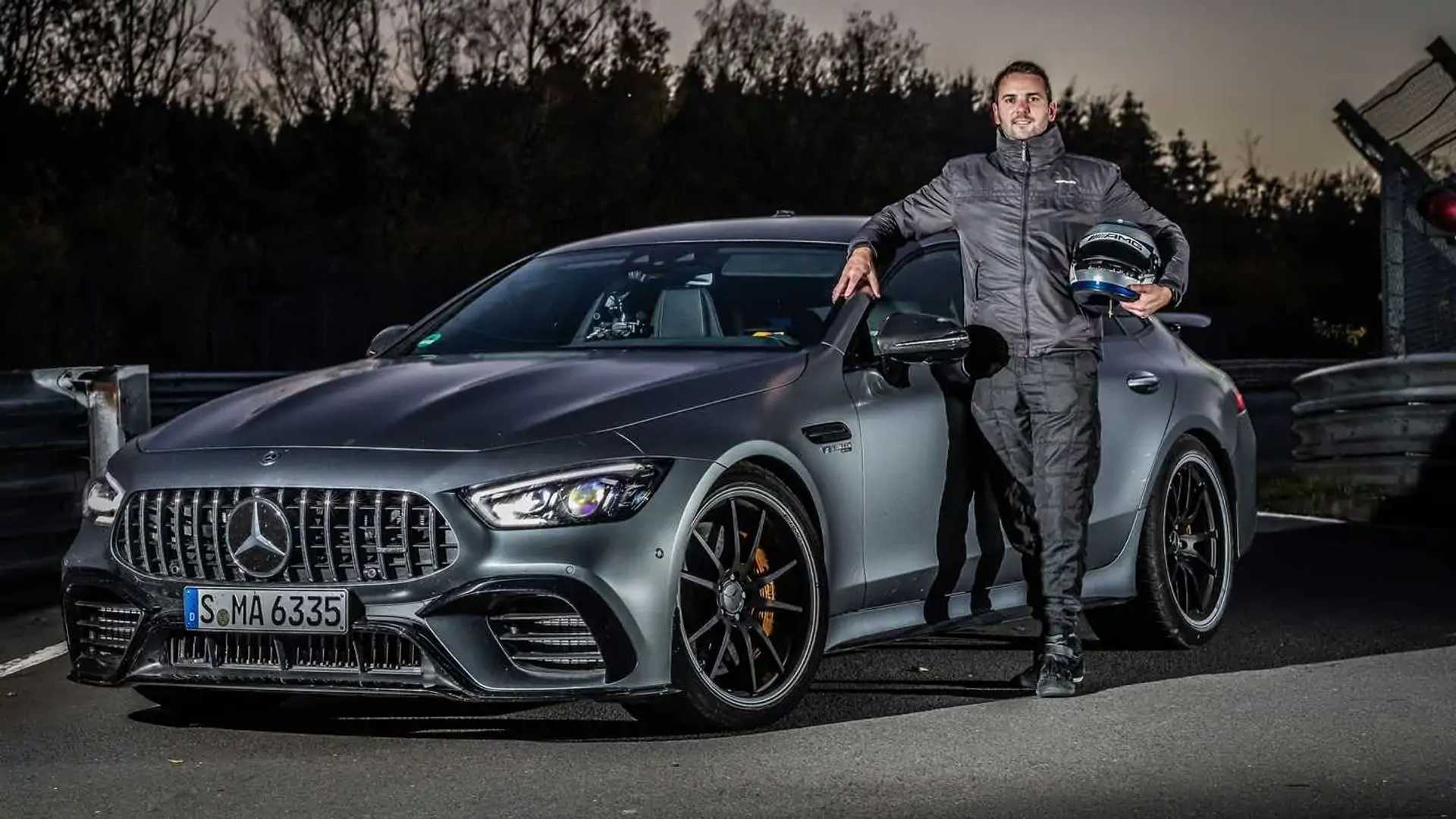 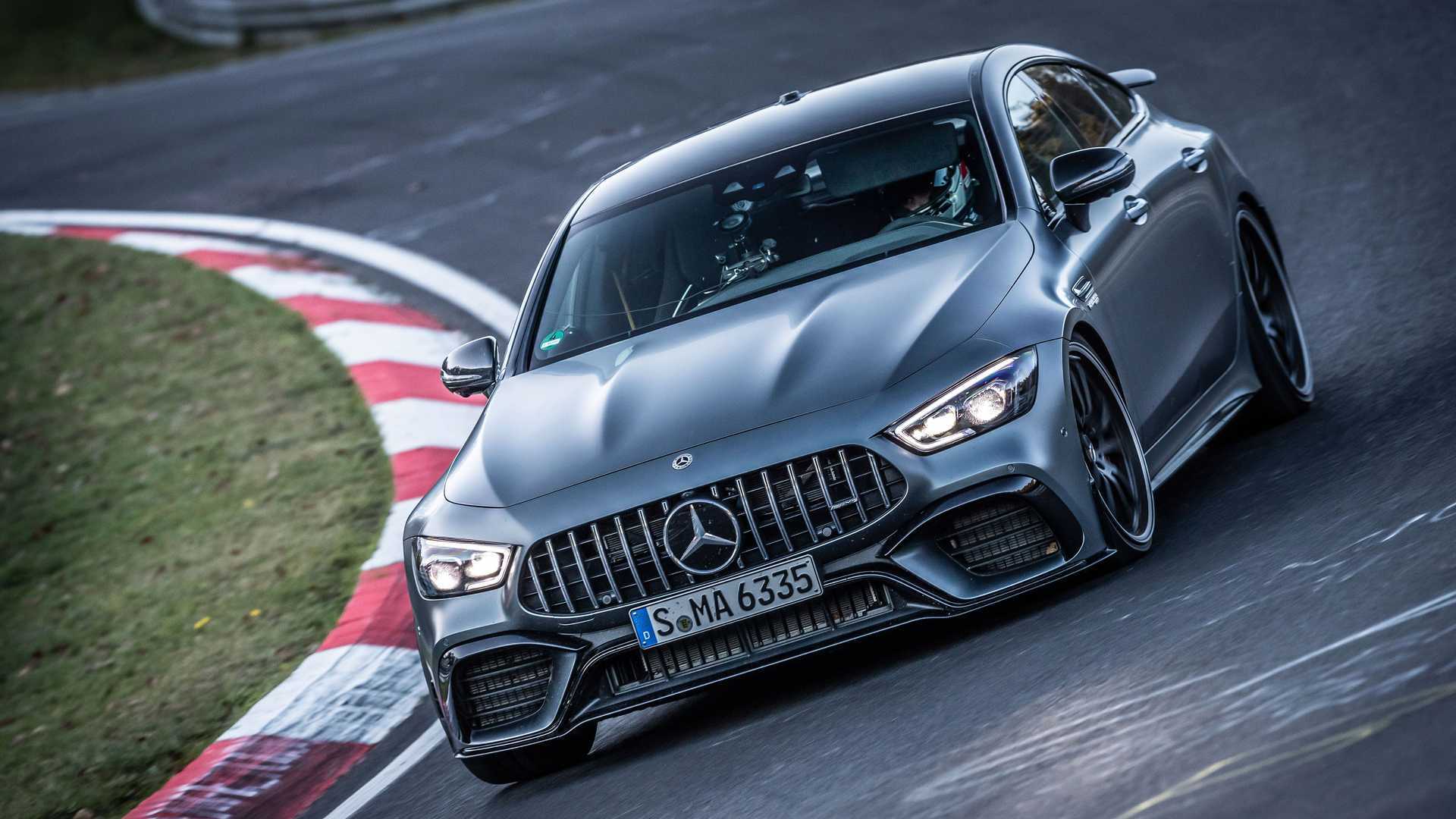 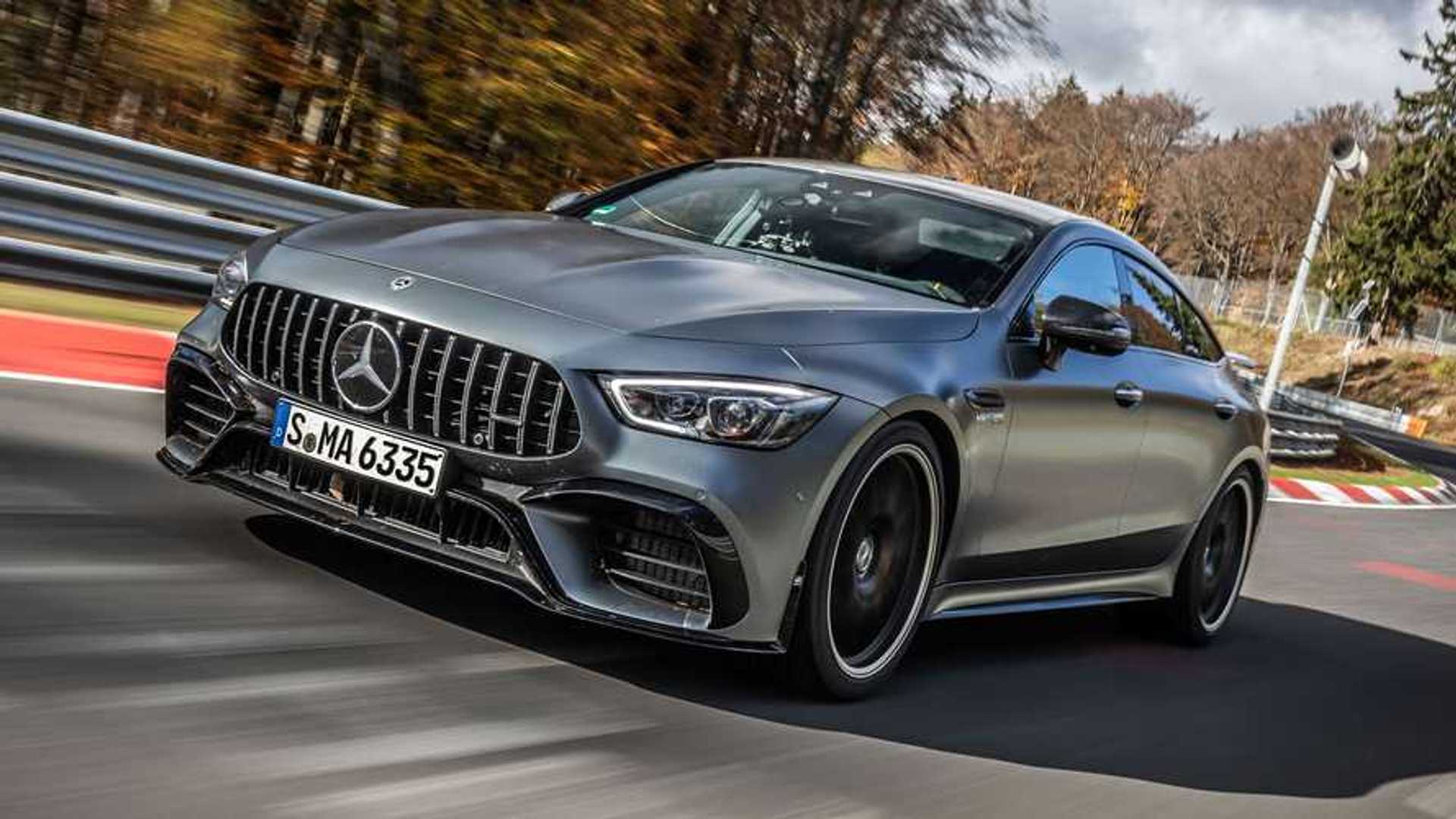 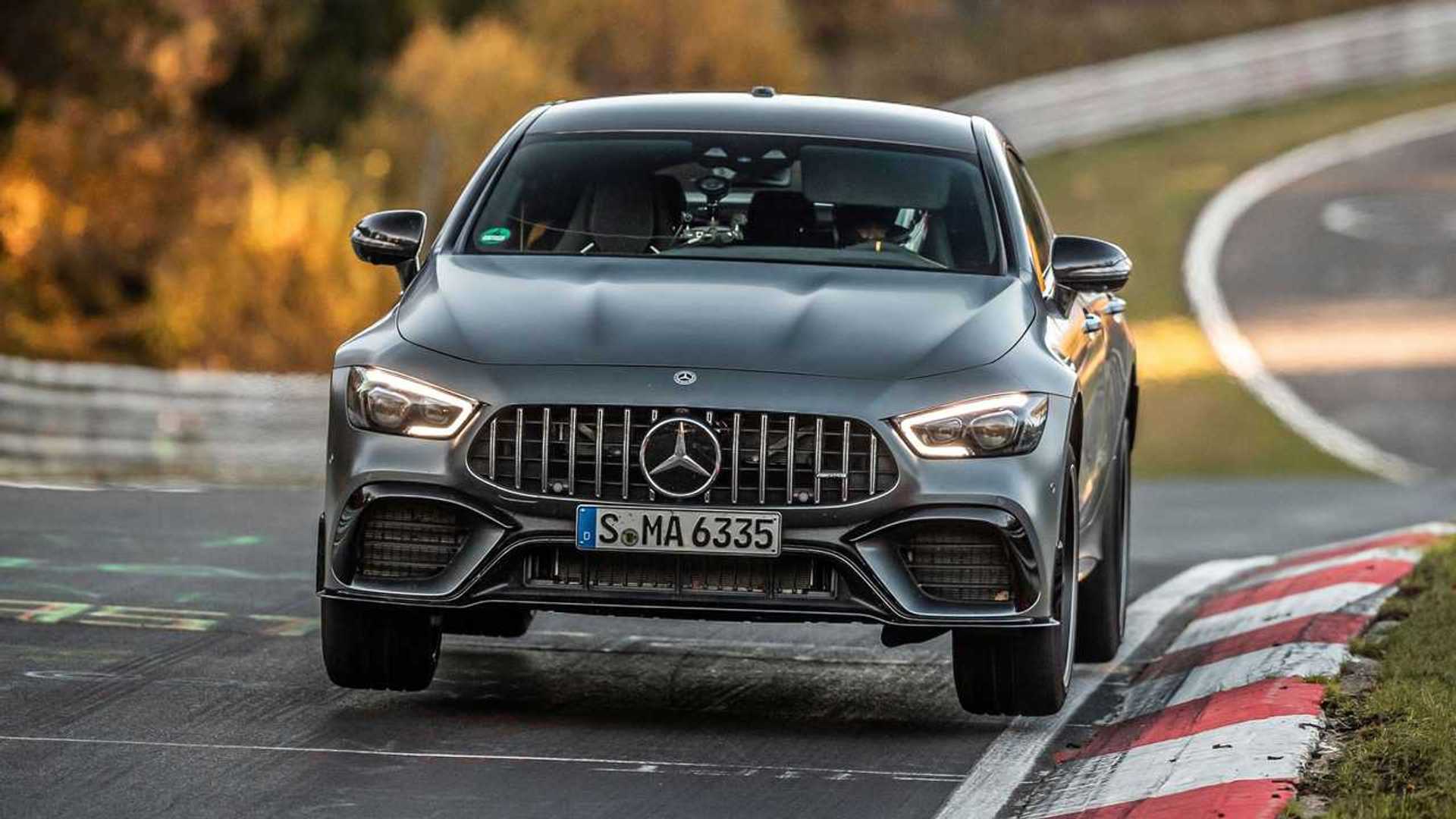 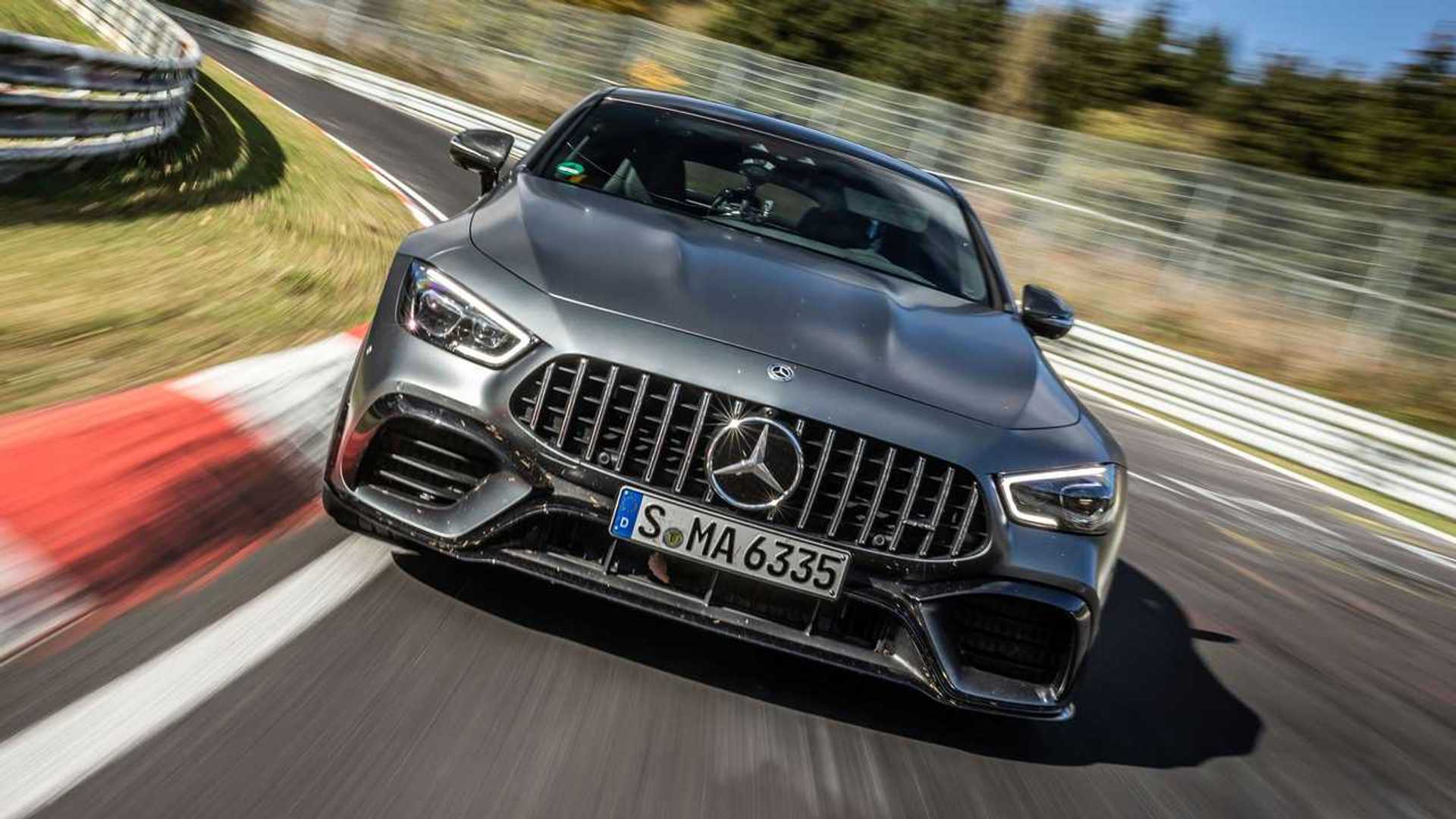 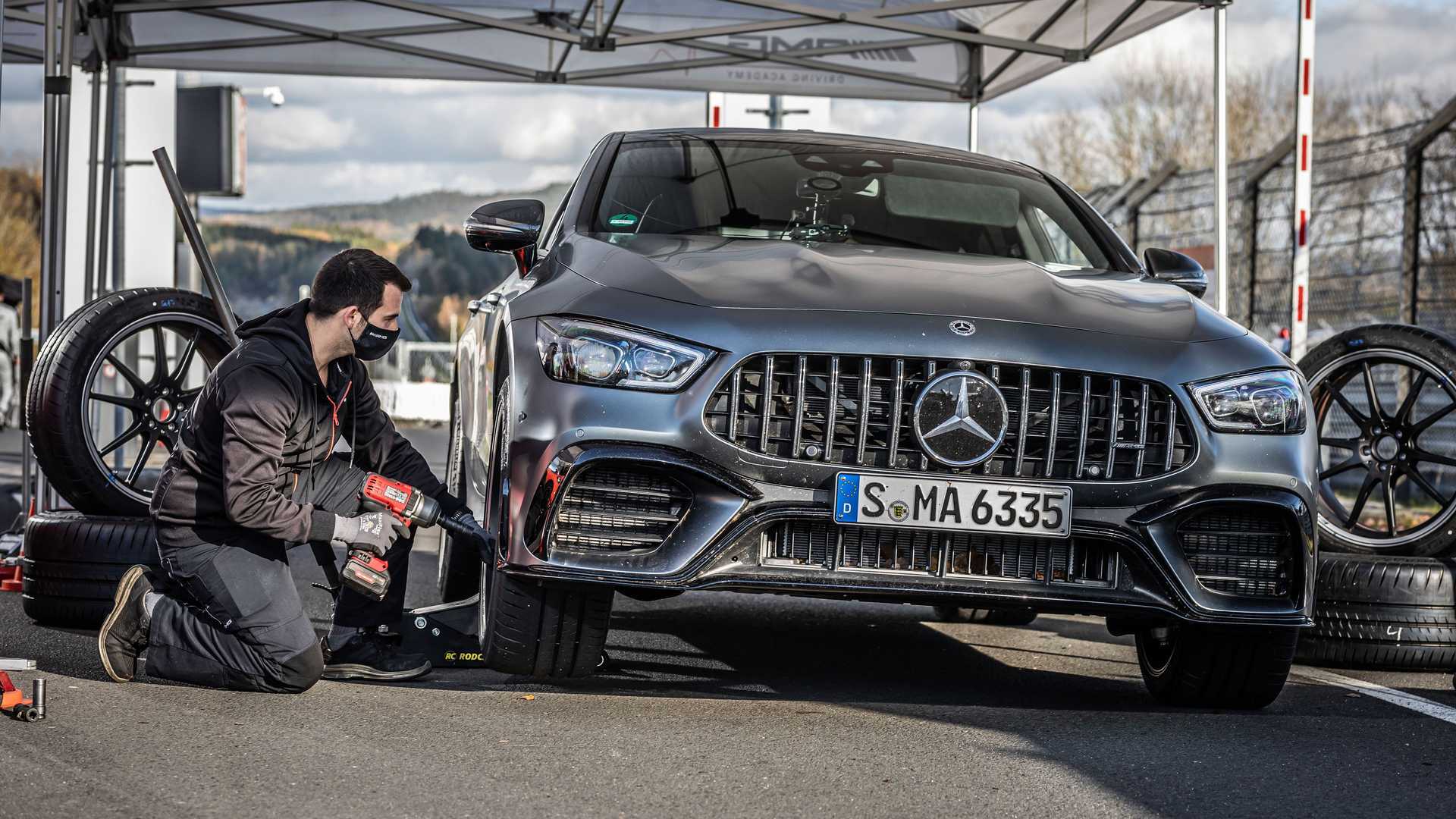 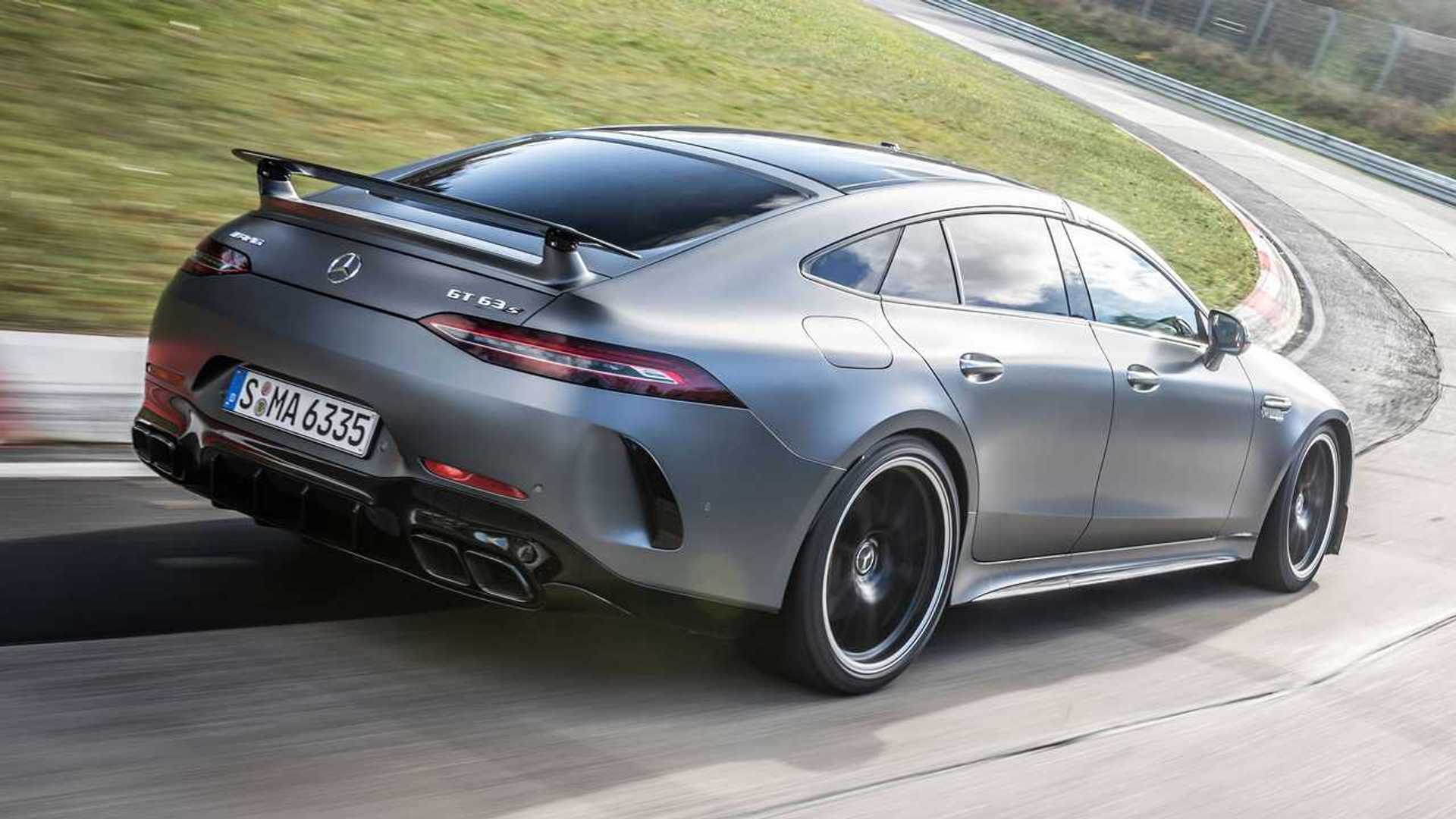 AMG development engineer Demian Schaffert drove the AMG GT 63 S to set its new record. Thanks to newly tuned elastokinematics and other little tweaks, the sedan proved to be 2.3 seconds quicker than an attempt in Fall 2018. The one in the latest run had the optional AMG Aerodynamics Package to boost stability at higher speeds and the available Michelin Pilot Sport Cup 2 tires. For extra safety, the vehicle had a bucket seat and four-point seat belts.

Technically, Mercedes is claiming the Nürburgring record in the “luxury class” category. It beat the Porsche Panamera’s 7:25.04 lap around the 12.8-mile layout from August 2020. Neither of these cars is actually the quickest four-door sedan production vehicles at the Nordschleife because that honor belongs to the Jaguar XE Project 8’s 7:18.361. However, since the Jag lacks rear seats, so the other automakers don’t consider the model to be in the same class.