Here is probably the first video that presents a production Lucid Air Dream Edition drive experience on the highway and in the city, shared by EV Nomads – Branden & Kalie from Nebraska.

The test drive starts with a basically fully charged car at a parking lot. We can see how the driver sets a destination in the navigation system and proceeds forward, checking various aspects of the car.

“Thanks to Charged Automotive in Lincoln, NE, I had the opportunity to drive one of the very first 2022 Lucid Air Dream Editions – we do a loop of interstate and city driving and try to try out the Dream Drive system as well.”

According to the review, the acceleration pedal is calibrated differently than in some other cars (like Tesla), so it does not surge right away at initial touch. Overall, the acceleration is very strong and linear, also at high speeds (comparable to the Tesla Model S Plaid).

At about 6:50, we can see how the driver managed to avoid a box that fell from another car on the highway. This unexpected event could easily of turned into the first Lucid Air crash ever. 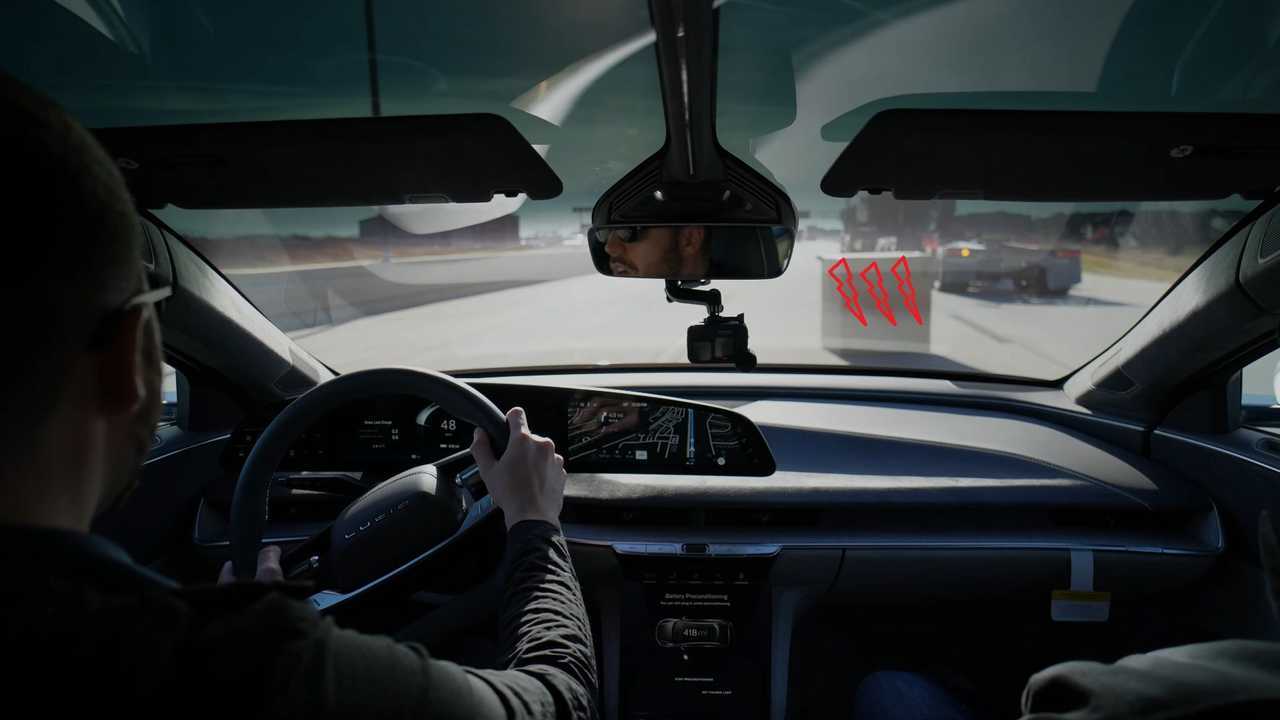 On the highway, it was noted that it’s slightly louder than expected (for a luxury electric car). Seats are comfortable and the steering feels solid. Drive experience is smooth and comfortable.

Regenerative braking is smooth up to a full stop (initially it was weak due to full battery). When accelerating at low speeds, the motor whine is a little bit too loud/annoying, according to the review.

The interior of the car with all the displays is really amazing with a very well positioned navigation map. We like that when the turn signal is on, an image from the rearview side camera (left or right) appears in the instrument cluster (like in Hyundai Motor Group’s cars). The sound of the turn signal appears loud (at least in the video). There is also very nice aerial view when maneuvering in a parking lot.

Overall, the first impressions of the Lucid Air are positive, with some areas for potential improvements or at least a double check in the further more in-depth reviews.