According to Travel Tesla Dad, who shared the video, there were a total of six electric F-150 – first four can be seen right away (black, red, silver and white). At a later point, we saw also a blue one.

The fleet consists of vehicles from the base trim level up to the top-of-the-line Platinum. The engineers were kind enough to allow the videographer to check out some of the features, including the frunk (front trunk), bed, interior or even infotainment.

“I randomly stopped by my local Walmart and noticed 6 different model Ford F-150 Lightning’s charging at Electrify America. I decided to stop and chat with a couple of Ford engineers and reps who were in California and test driving these electric pick up trucks!” 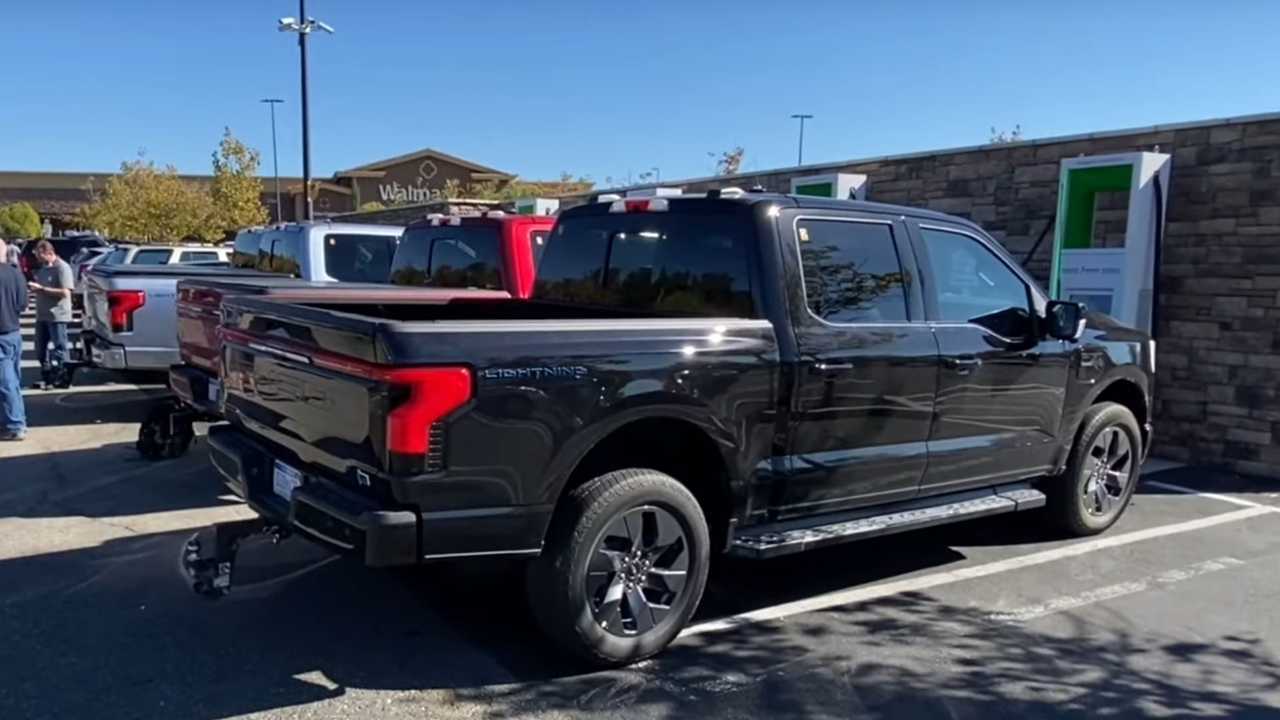 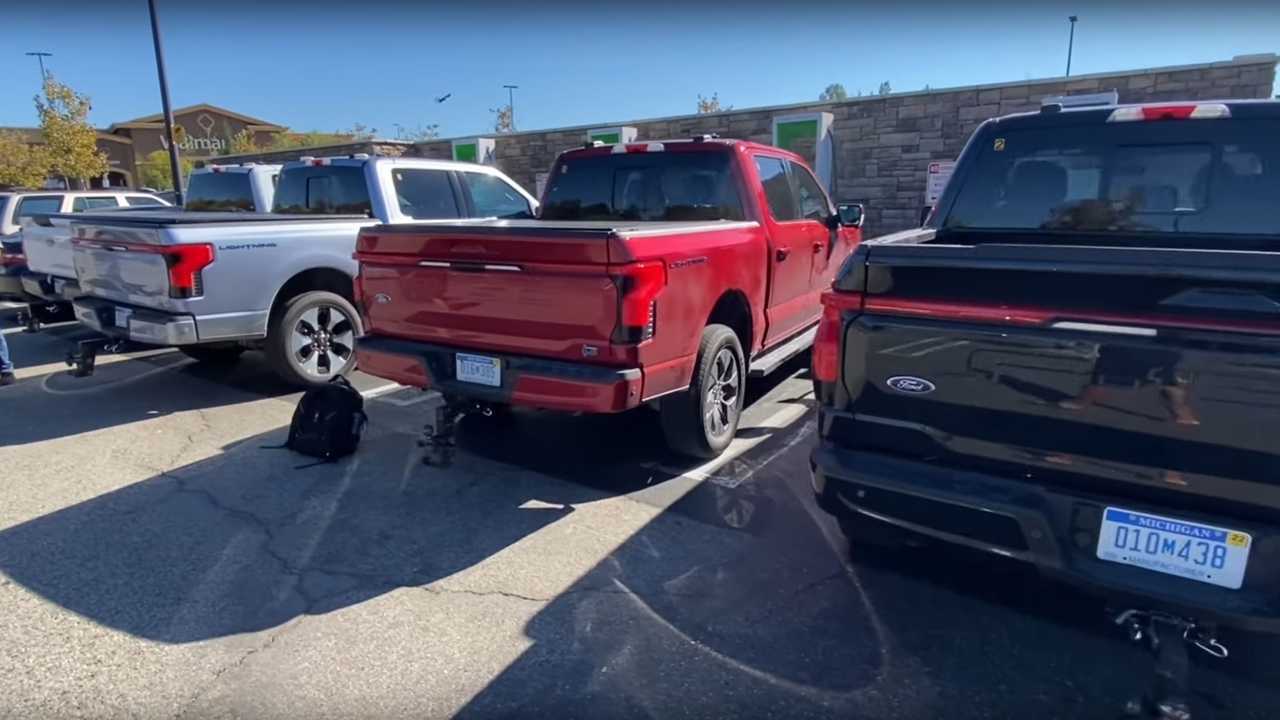 It’s a glimpse of the future – when America will be really electrified with battery-electric pickups, occupying Electrify America fast charging stations.

Unfortunately, the video does not show the charging power (only state-of-charge). There was no charging power number on the dashboard nor at the moment of checking the charger’s display.

We just posted as a separate post about multiple Rivian R1T pickups at a parking lot, which allows us to compare how the two look in the real world surrounded by other vehicles.