Electric bicycles are really cool and can be really fast, especially when modified for the purpose of speed. Indeed, most e-bikes must conform to rules and regulations out of the factory. However, at present, there’s little stopping backyard mechanics and adrenaline junkies from juicing up their e-bikes and scooters to be capable of mind-boggling acceleration and speed.

One such example comes to us from a YouTube channel called All Things Electric, wherein an old Trek mountain bike has been outfitted with a wild electric powertrain. In the video, the builder claims that his bicycle—I repeat, bicycle—pumps out a whopping 18 horsepower. That’s about as much as a 200cc motorcycle, but weighing in at just a fraction of an actual motorbike. Naturally, you can imagine just how much go-juice his little homemade contraption has. Just how much real world power does it have, though? Enough to drag race against a Ford Mustang GT—or at least try. 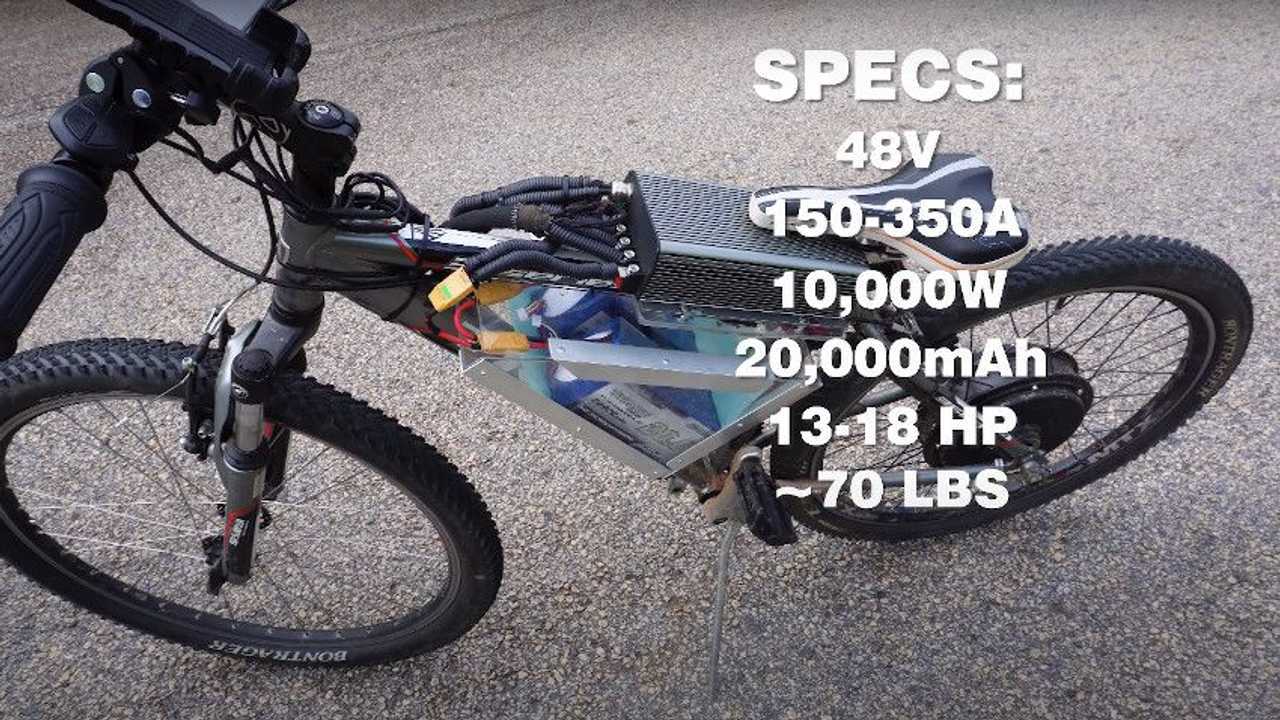 In the channel’s most recent video upload, the homemade electric bike went head to head with a Ford Mustang GT in a drag race. For those not in the know, the Mustang GT packs a 5-liter V8 engine producing north of 400 horsepower. Surely, a janky old homemade e-bike can by no means keep up with this fine piece of American engineering right? Well, yeah, of course, the e-bike lost the race—but not by much. Although official times weren’t posted, as the video seems like a low-budget, homemade production made mostly just for kicks, it appears that the Mustang beat the e-bike to the finish line by just a hair over one second. 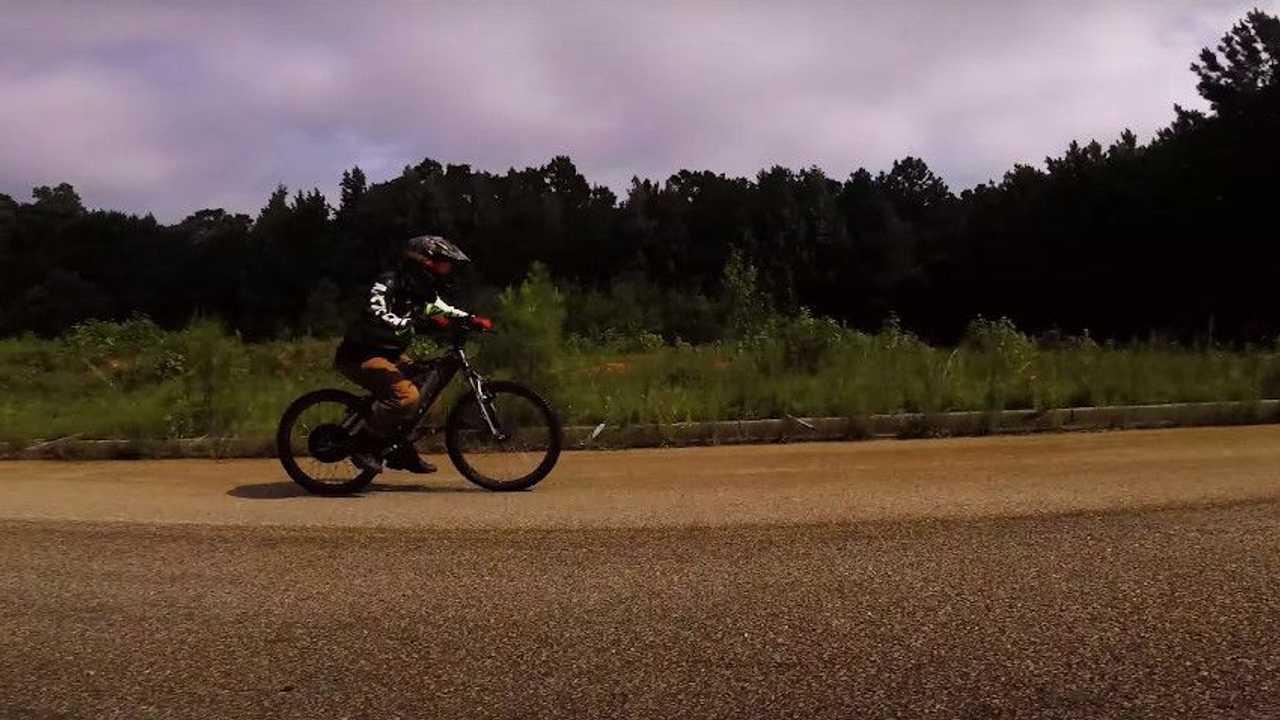 Even more interesting is that the e-bike seemed to have the advantage right off the line. All that being said, it’s hard to determine whether or not what we see in the video is accurate, but it sure seemed like the guy driving the Mustang was giving it the beans. Whatever it may be, the fact that a homemade electric bicycle could hold its own against a muscle car is a testament to just how much potential electric powertrains have when it comes to sheer, outright performance.

Can The Ford F-150 Lightning Tow A Tesla While Charging It?
Car Reviews