World's Longest Car Finally Restored, And Now It's Even Longer

Back in 2020, the world’s longest car was on the way to Florida for a full restoration. Originally built in Burbank in 1986 by customizer Jay Ohrberg, the so-called “American Dream” had seen much better days after being neglected behind a New Jersey warehouse for a number of years. But now, the world’s longest car has completed its restoration and it looks better than ever.

Central Florida car collector Michael Dezer purchased The American Dream in 2019 and funded its rebuild. The custom 1976 Cadillac Eldorado had to be transported – in two pieces, of course – from the home of its previous owner, Michael Manning, in Nassau County, New York, to Orlando. From there, Dezer, Manning, and their teams worked together to rebuild the vehicle from the ground up.

The restoration included a full body rework, an interior makeover, an engine rebuild, and upgrades to the swimming pool, mini-golf course, and jacuzzi. According to Guinness World Records, the restoration – including shipping – cost Dezer and his team around $250,000 to complete.

The American Dream, now capable of running and driving, measures 100-feet and 1.5-inches long, breaking the previous record it set in 1986. It has 26 wheels, two V8 engines – one front and one rear – and can carry up to 75 people inside. And along with some of the elements already mentioned, it also has a waterbed, a pool table, and even a functioning helipad. 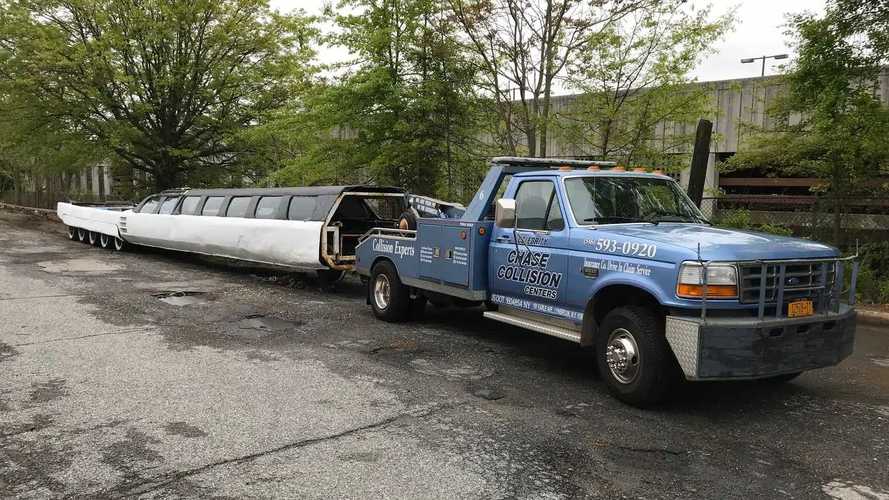 “The helipad is structurally mounted to the vehicle with steel brackets underneath and can hold up to five thousand pounds,” Michael Manning told Guinness World Records.

Although it is technically driveable, the owners say The American Dream is just too long to drive on public roadways. Instead, the iconic limo will act as a display piece for the Dezerland Park automotive museum just outside of Orlando, Florida.