Wuling to launch GSEV-based EVs in Indonesia in 2022 – paultan.org 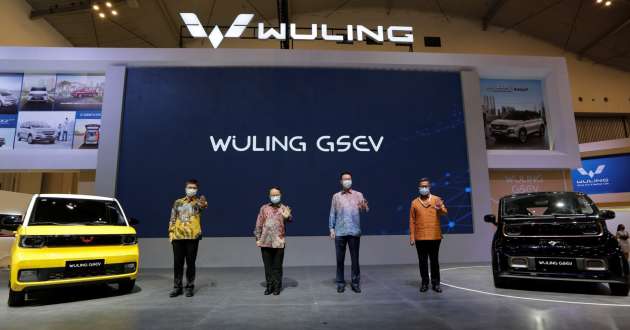 These include the Wuling Hongguang Mini EV and Baojun KiWi EV (formerly known as the E300 before its August 2021 update), both of which are products emerging from a joint venture joint between SAIC Motor, General Motors, and Liuzhou Wuling Motors.

“The GSEV’s introduction by Wuling at GIIAS 2021 represents our commitment to support the Indonesian government’s programme to accelerate vehicle electrification. This initiative shows Wuling’s seriousness in the automotive industry as well as our participatory role by presenting electric vehicles to Indonesian consumers in the near future,” said Han Dehong, vice president of Wuling Motors Indonesia.

He added that GSEV-based vehicles have been very successful in China, with over 650,000 units sold so far. “The success of the Wuling GSEV platform in its home country and demand from the global market have motivated Wuling to present its electric products and participate in the development of the EV ecosystem in Indonesia,” commented Han Dehong.

According to reports by Kompas and JPNN, Wuling Motors Indonesia plans to launch GSEV-based EVs in the country next year that are produced at the company’s vehicle assembly plant located in Cikarang, West Java.

The company did not specifically state which models will be sold, but it could very well be the two presented on stage at GIIAS. Both are small EVs, with the KiWi EV measuring in at just 2,894 mm long, 1,655 mm wide and 1,595 mm tall, with a wheelbase that spans 2,020 mm.

The four-seat KiWi EV features a 31.9-kWh lithium-iron phosphate battery that drives a rear-mounted electric motor rated at 54 PS (54 hp or 40 kW) and 150 Nm of torque. It has a top speed of 105 km/h and will cover around 305 km on a single charge – it supports AC and DC charging.