Here's How to Get a Shelby Cobra on the (Relative) Cheap

After winning Le Mans in 1959 and retiring as a driver due to health concerns, Carroll Shelby wanted to return and contest the iconic event as team owner with a car of his own creation. He eventually had the idea of combining a smooth-handling AC roadster with Ford’s 289 V-8, resulting in one of the coolest and most bad-ass cars ever, the Shelby Cobra. The Shelby Cobra first debuted in 1962, almost immediately taking the world by storm. 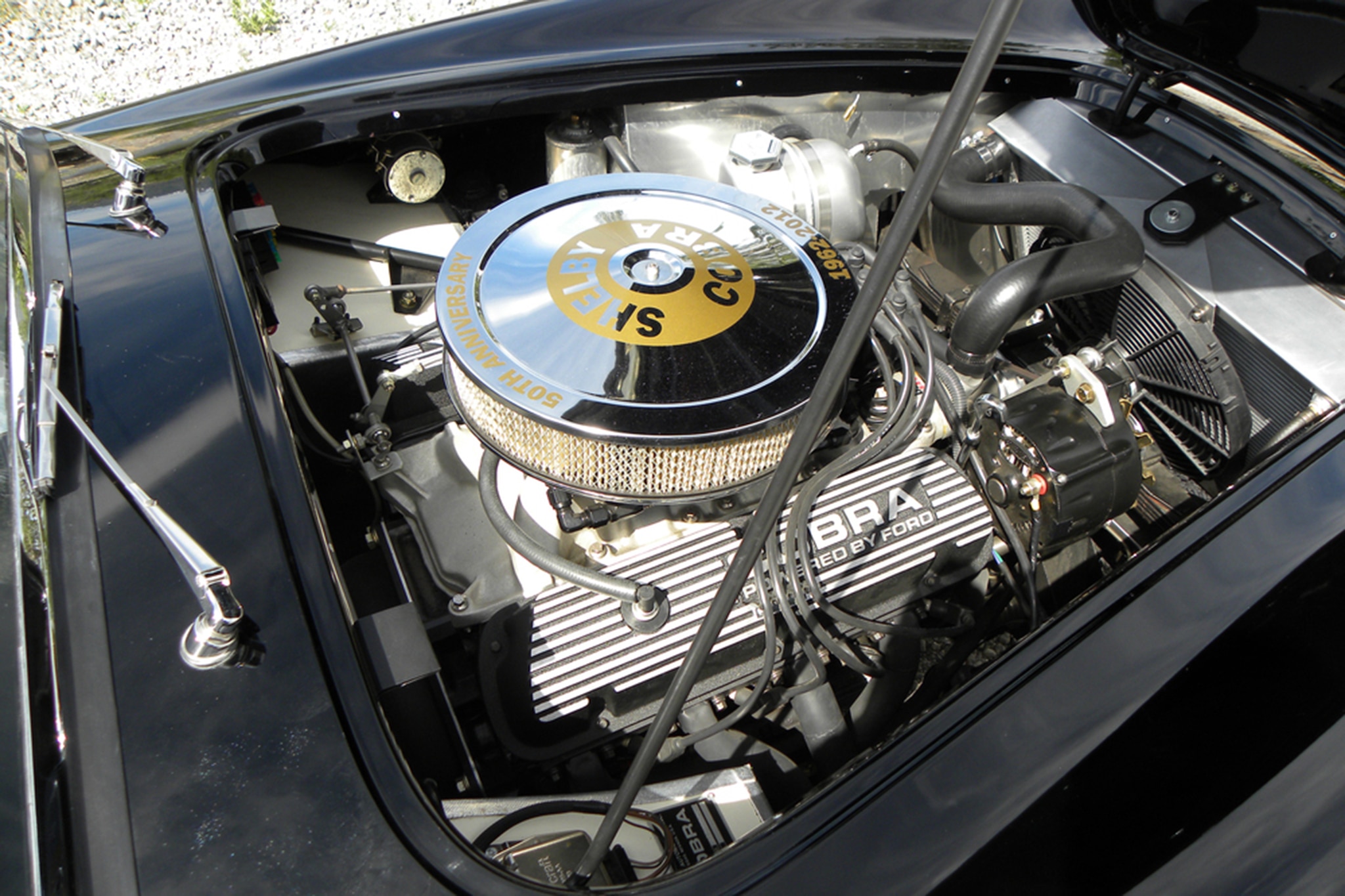 The cars were raced all over the world by Shelby’s own drivers and privateers alike, gaining a reputation as giant killers. A later, flared 427-powered model upped the ante even further, but by the 1970s the Cobra was for most part thought of simply as just another used car. Fast forward a couple of decades, though, and demand was hot enough for Shelby to pump out additional, largely period-correct cars with factory chassis numbers. The example you see here is among those, and is one the 50 CSX 8000 continuation cars built in celebration of the Shelby Cobra’s 50th anniversary.

The CSX 8000 cars were all black with red interior, wool carpet, wire wheels, and 50th anniversary badging. Chrome bumpers were included, too, and each also has a place in the official Shelby registry. Improvements over the originals included a reinforced tube frame, improved heat shielding, more modern rack-and-pinion steering, modern tires, and dual-piston Baer brake calipers. They could be ordered with either steel or aluminum bodies and were delivered as rolling chassis, with the owner or an authorized installer completing the build by stuffing in the powertrain.

The bright red interior stands in perfect contrast to the glossy black exterior, a perfect combination to emphasize the Cobra’s brutal honesty. While we’re fine with the stripes and scoops so many Cobras were built with (or ended up with), boiling down such an icon to its essence is definitely appealing. Under the hood is an example of the engine that started it the legend: a 289-cubic-inch Ford V-8. It’s mated to a Tremec five-speed manual transmission. Although Carroll Shelby is gone, his legacy lives on in every car that carries his name—which this one does, literally, being autographed on the glovebox. Built to 1962 specs but titled as a 2015, this Shelby Cobra CSX 8000 Roadster will be offered by Barrett-Jackson in Connecticut this month, and whoever takes it home will likely grab a piece of the Shelby mystique for far less that it would take to grab one of the now million-dollar-plus originals. 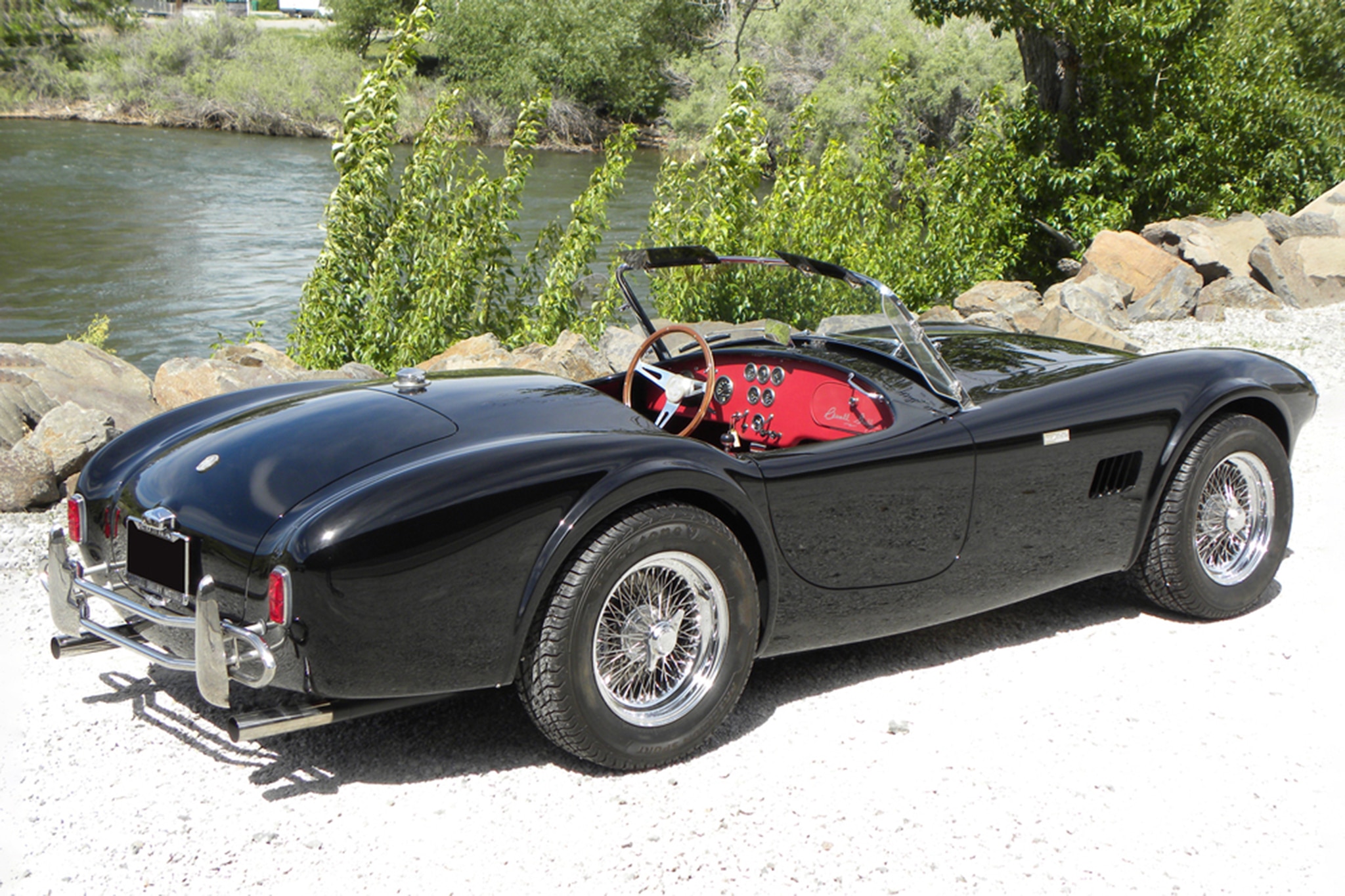 Barrett-Jackson’s 4th Annual Northeast Auction is being held June 26-29, 2019, at the Mohegan Sun Casino and Resort in Connecticut. The collector-car sale will showcase hundreds of coveted vehicles, and the experts from MotorTrend will be there to bring you all the action LIVE from the auction block. You can catch Barrett-Jackson Northeast on MotorTrend Network every day of the auction and download the app for exclusive, live coverage. Need more viewing options? You can also tune in to our live stream from your web browser.