The Two-Rotor Corvette Was Never Supposed to Be a Corvette

Felix Wankel’s rotary engine, a version of which would power the car that would become the Two-Rotor Corvette, was billed as the next big thing for a time. Germany’s NSU and Japan’s Mazda were the first to build Wankel rotary-powered production cars beginning in 1967. Mercedes-Benz experimented with a rotary in its C111 supercar testbed of 1970, the same year Mazda entered the North American market and quickly made a splash among enthusiasts with its Cosmo sport coupe. Mazda also used versions of the engine to power the RX-2, RX-3, RX-4, and Rotary Pickup truck. 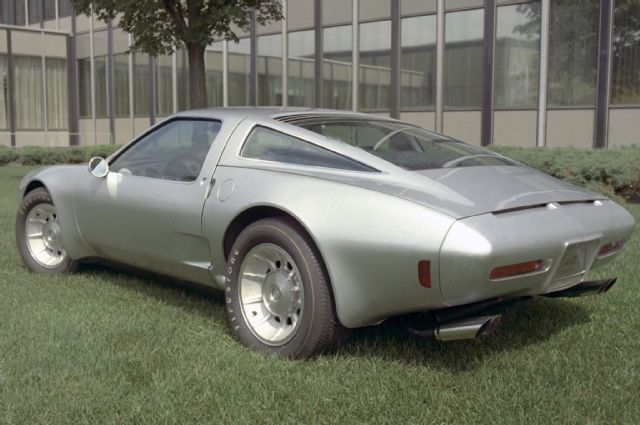 Ford Motor Company, Chrysler Corporation, and American Motors all started Wankel projects by the early ’70s, but General Motors went so far as to pay the $50-million licensing fee for rights to the engine. GM president Ed Cole, lead engineer 20 years earlier for the Chevrolet small-block V-8 program, pushed for development of the GMRCE (Rotary Combustion Engine), and the automaker developed a 206-cubic-inch, two-rotor Wankel, designated RC2-206. The first cars slated for the GMRCE were the “Rotary Vega,” which became the 1975 Chevy Monza 2+2, and the 1975 AMC Pacer, as AMC had contracted with GM to buy the engine for early production of its revolutionary and controversial compact while the struggling automaker worked on a rotary of its own. 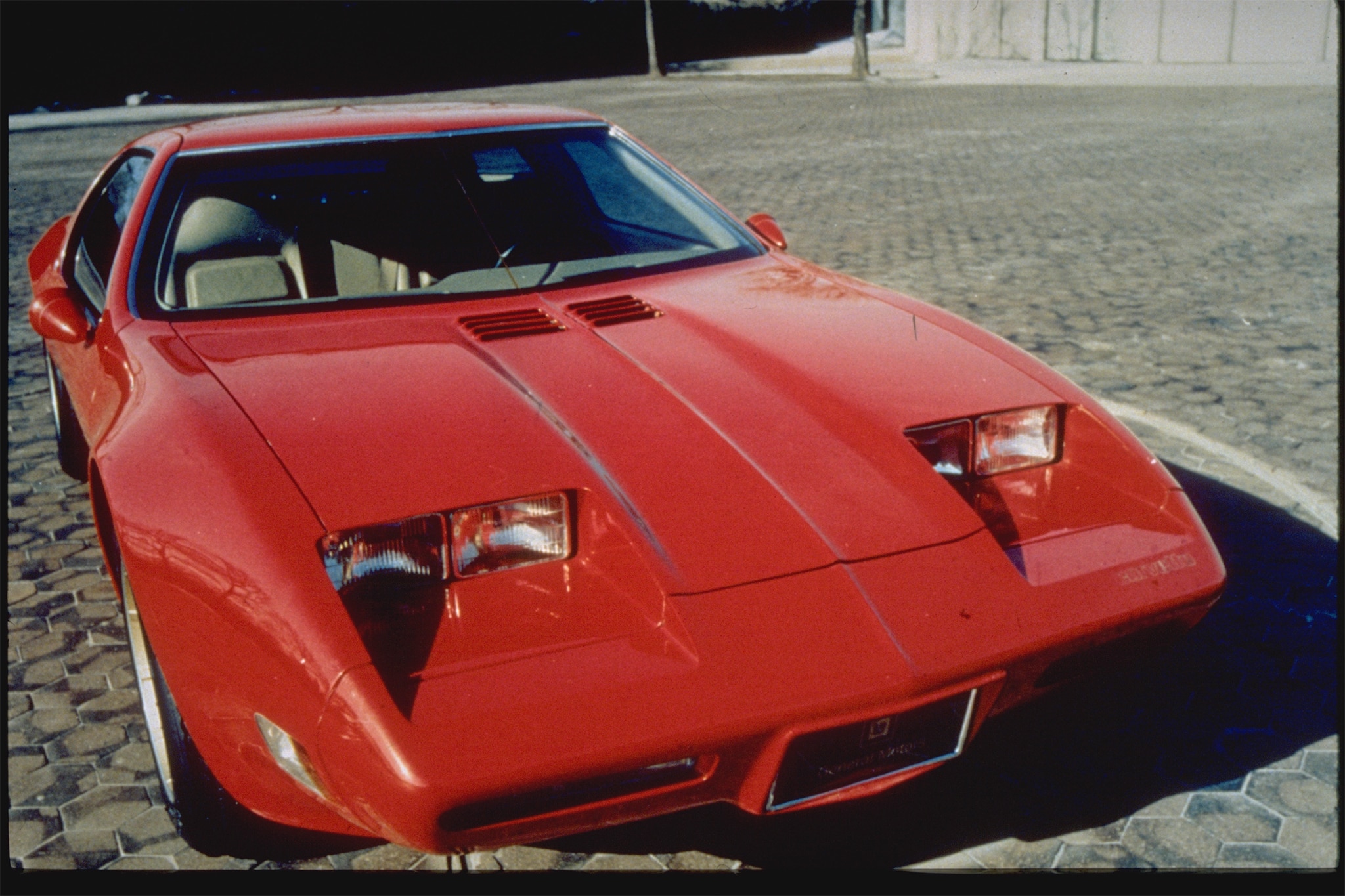 Elsewhere at GM, Chevrolet was developing a new mid-engine two-seat sports car positioned in price and size under the Corvette under the code name of XP-987 GT (which has often been incorrectly represented as XP-897 GT). Think Porsche 914 to the 911, or more pointedly, the 1968–73 Opel GT to the C3 Corvette. In fact, the XP-882, which eventually morphed into the bigger, more powerful Four-Rotor Corvette concept, was a contemporary of XP-987 GT, and could have made mid-engine Wankel Corvettes a 914-911-punch. The concept version of the Corvette Two-Rotor, designated XP-987 GT, was initially developed as the Chevrolet GT, with its 206-cubic-inch two-rotor Wankel placed between the seats and the rear axle. The rotary engine was rated for 180 horsepower and was coupled to a three-speed automatic. By contrast, Mazda’s contemporaneous 12A rotary displaced 70 cubic inches and was rated for 100 to 130 naturally aspirated horsepower, depending on application.

For XP-987 GT, Chevrolet cut 6.5 inches out of the wheelbase of a Porsche 914/6 and widened its front- and rear-tracks as the platform for the GT show car, according to Hemmings. The Porsche’s suspension and brakes were retained, and then GM shipped the car off to Italy, where Pininfarina fabricated its sleek, low-slung body, painted silver with silver leather interior. The Chevrolet GT was to make its debut at the 1973 Frankfurt auto show, and GM planned a production version to launch in late 1975 as a ’76 model, a year after the new four-seat, front-engine rotary Monza. 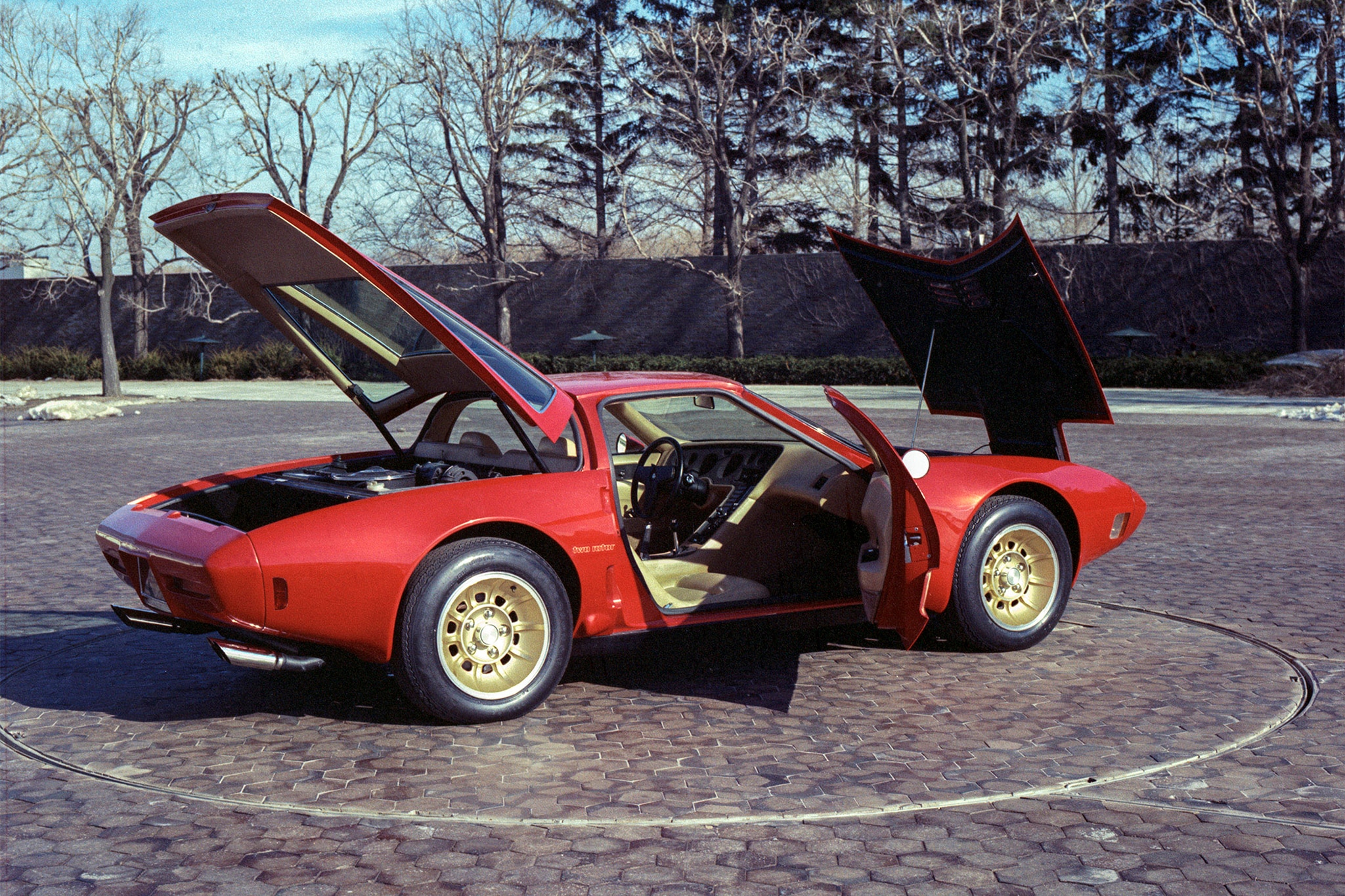 Before Frankfurt ’73, GM repainted XP-987 GT metallic red, and re-trimmed the interior in fawn leather. Brushed center caps covering the lug bolts of the GM-designed wheels were lost in the repaint. The wheels were re-trimmed in gold, with machined rim flanges and spoke edges. The wheel design later was released to Motor Wheel, a company owned by Goodyear at the time, and sold in the aftermarket under the model name “Vector.” Less than a week before its premiere at Frankfurt in September 1973, GM brass renamed the XP-987 GT the “Corvette Two-Rotor,” with nameplates on the car hurriedly rendered in decals, rather than traditional chrome badges. The next month, in October 1973, the Organization of Arab Petroleum Exporting Countries (OPEC) imposed an embargo on nations supporting Israel in the Yom Kippur War. By March 1974, the price of gas had skyrocketed in the U.S., which led to the Wankel’s downfall at GM. 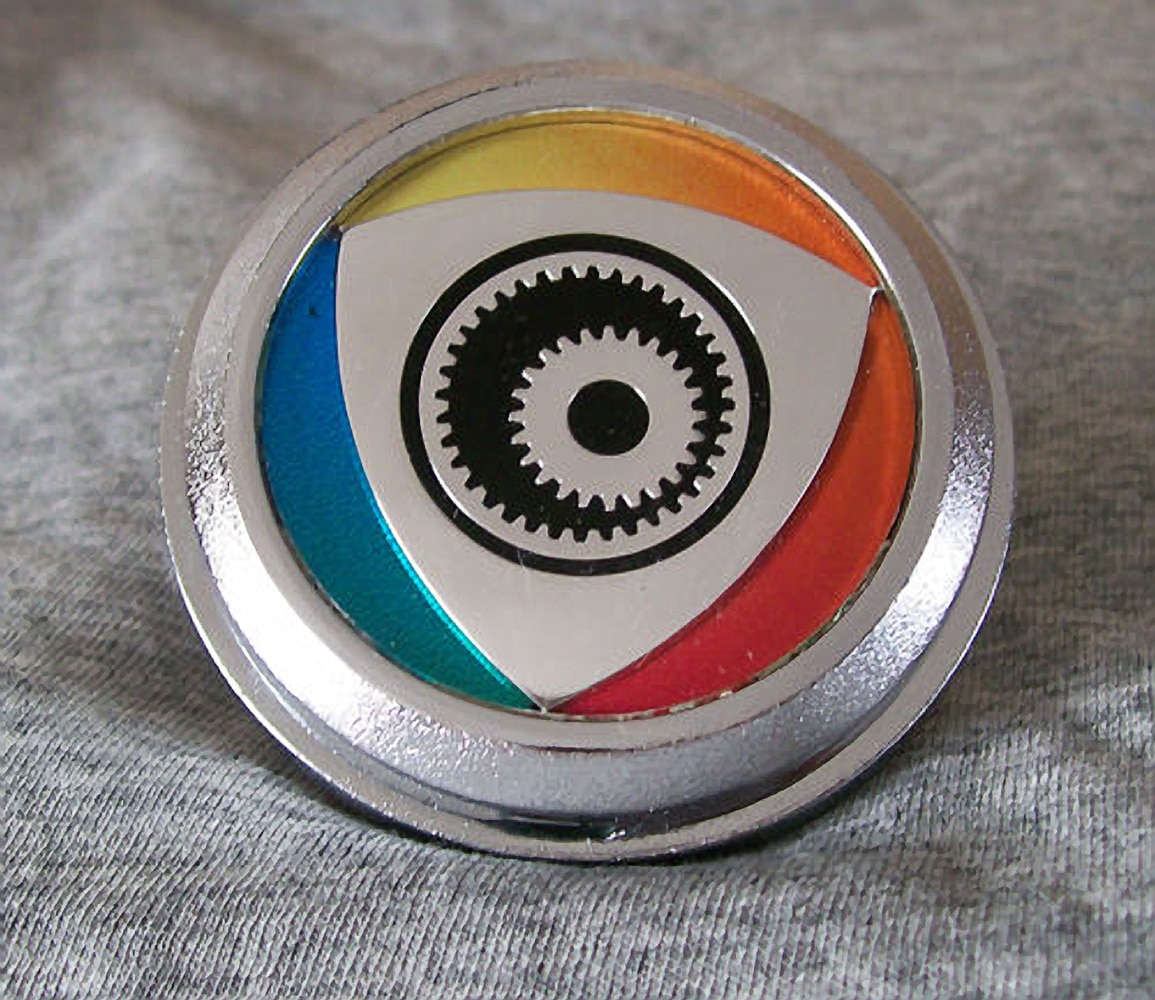 Smooth, high-revving, compact and fun-to-drive, Wankel rotary-powered cars also were thirsty and difficult to clean up for the increasingly more stringent emissions standards. GM and its domestic rivals abandoned their rotary projects, and even Mazda quickly shifted from Wankels to piston-engine cars for most of its U.S. imports, with only its RX-7 sports car, premiering here in 1978, left to carry the rotary torch. GM cancelled its RCE program, but not before the engine came so close to production that early dealer order guides of the 1975 Chevrolet Monza 2+2 listed the RC2-206 as an option. The rotary logo above was to replace the bowtie badges on the Monza’s nose and tail. 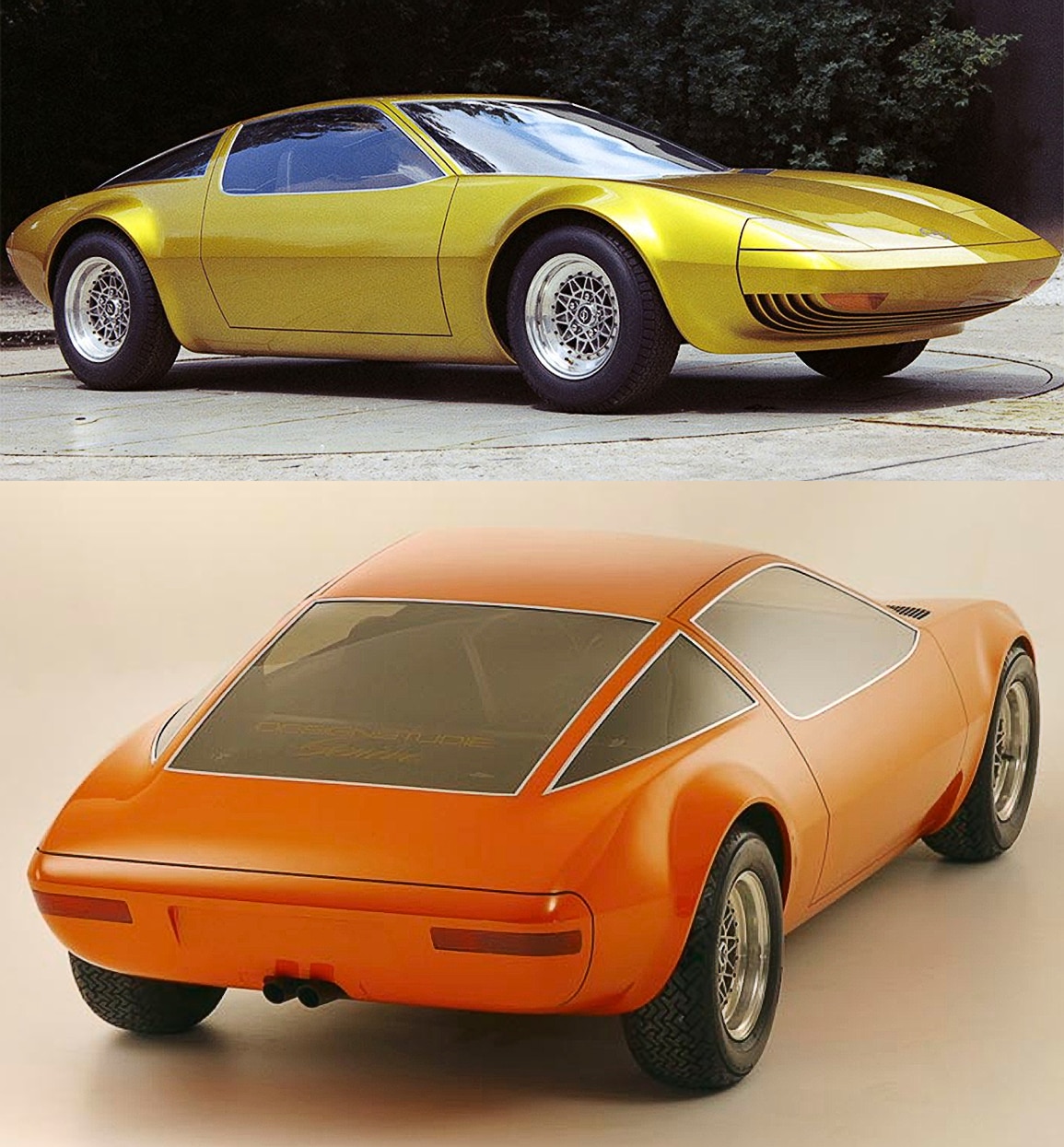 For the 1975 Geneva auto show that March, Opel prepared its own version of XP-987 GT and called it the GT-W project (shown above). The car was to have the structure, powertrain, suspension, steering, and interior of the Two-Rotor Corvette and go on to production as the second-generation Opel GT, but late in the show car’s development its Wankel also was dropped.

To avoid paying taxes it would have incurred by bringing the Two-Rotor Corvette back to the United States, Chevrolet prepared to have the car scrapped. Instead, Tom Falconer, a Corvette collector in the United Kingdom, convinced then GM design chief Michael Jordan to sell him the car, which GM did, sans engine and transmission. Falconer eventually installed a Mazda 13B rotary coupled to a Cadillac front-wheel-drive automatic transmission. The Two-Rotor Corvette got its second lease on life as a show car, and was eventually part of a mid-engine sports-car class at the 2019 Amelia Island Concours earlier this year. 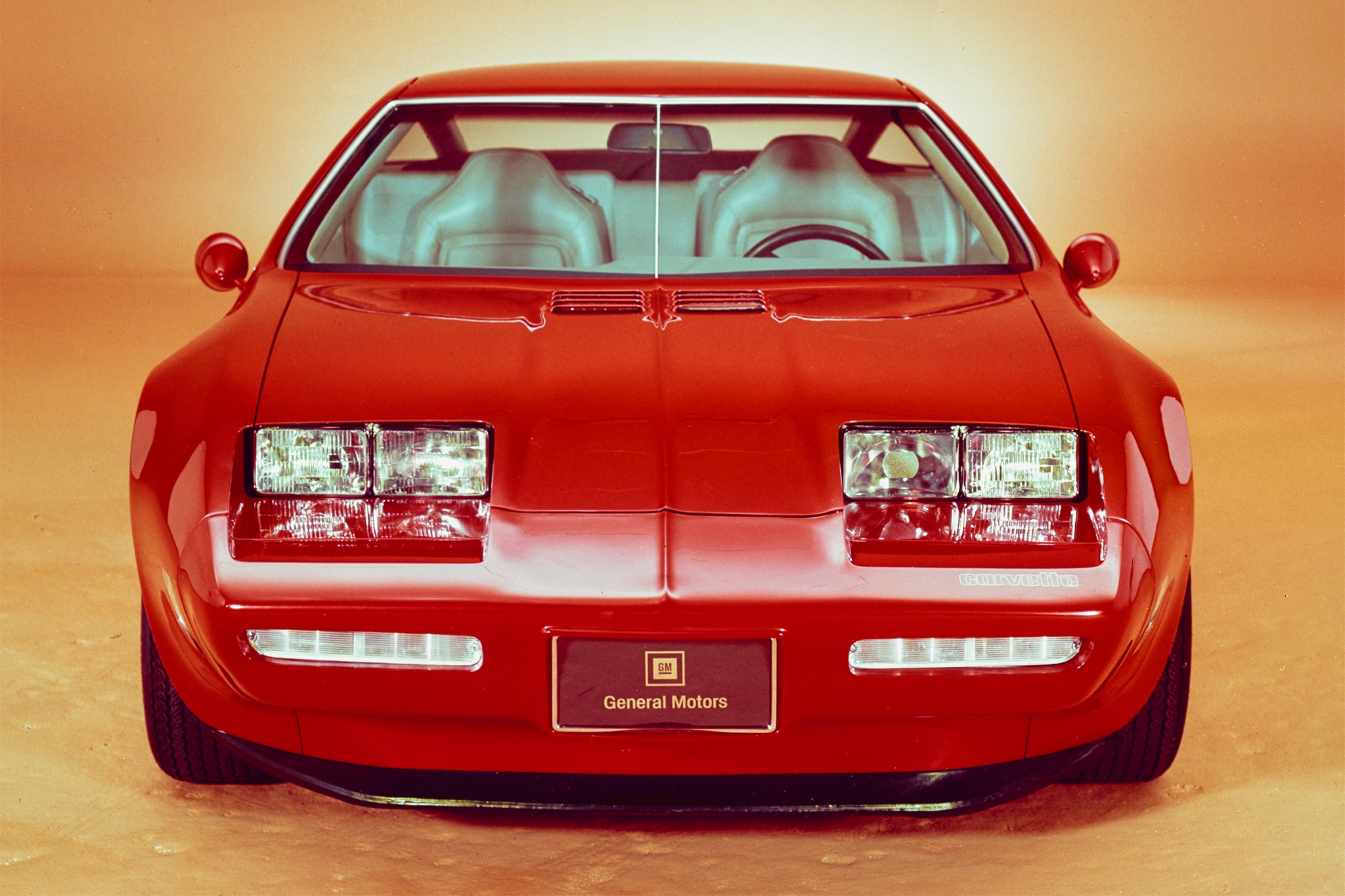 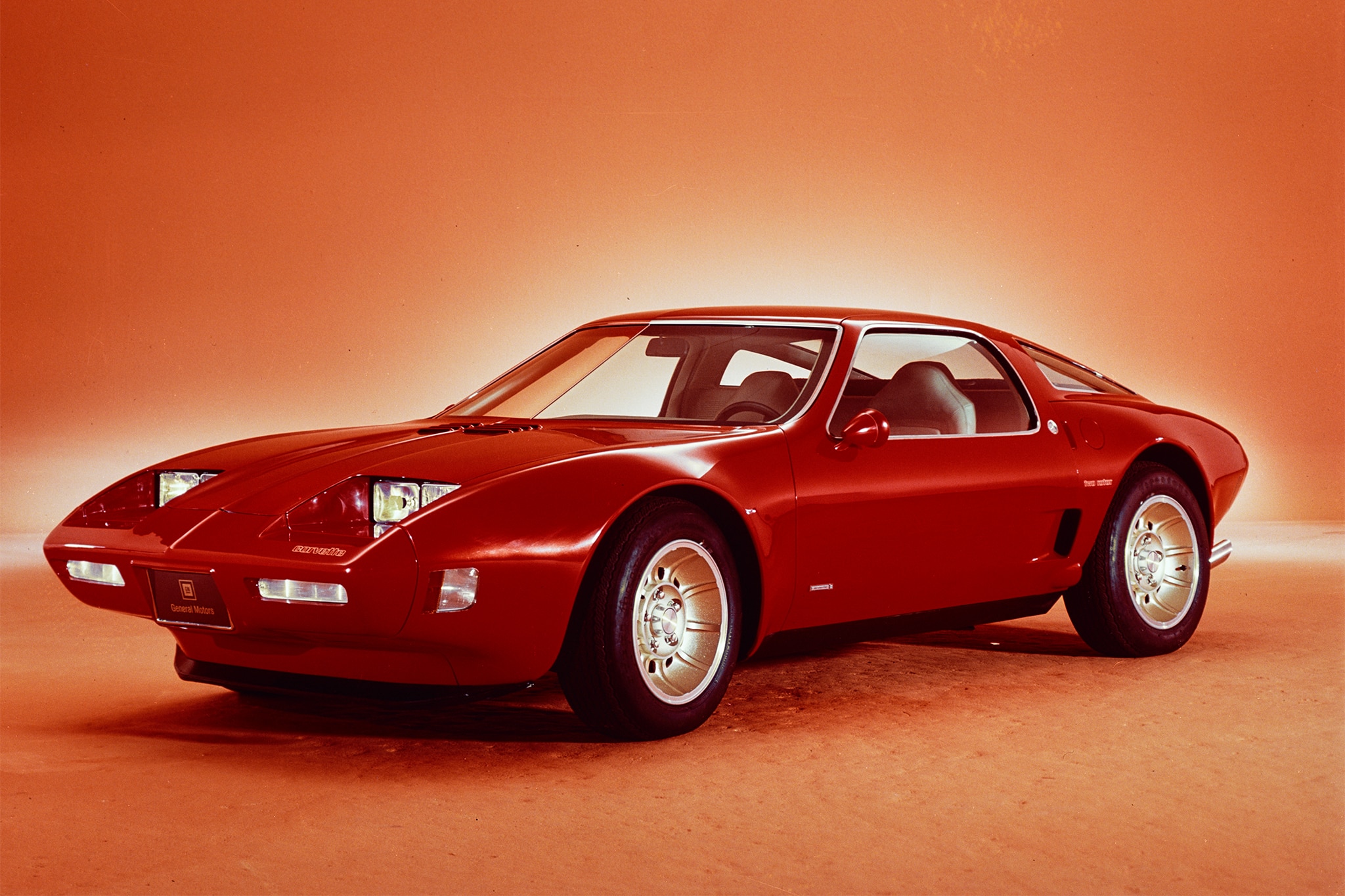 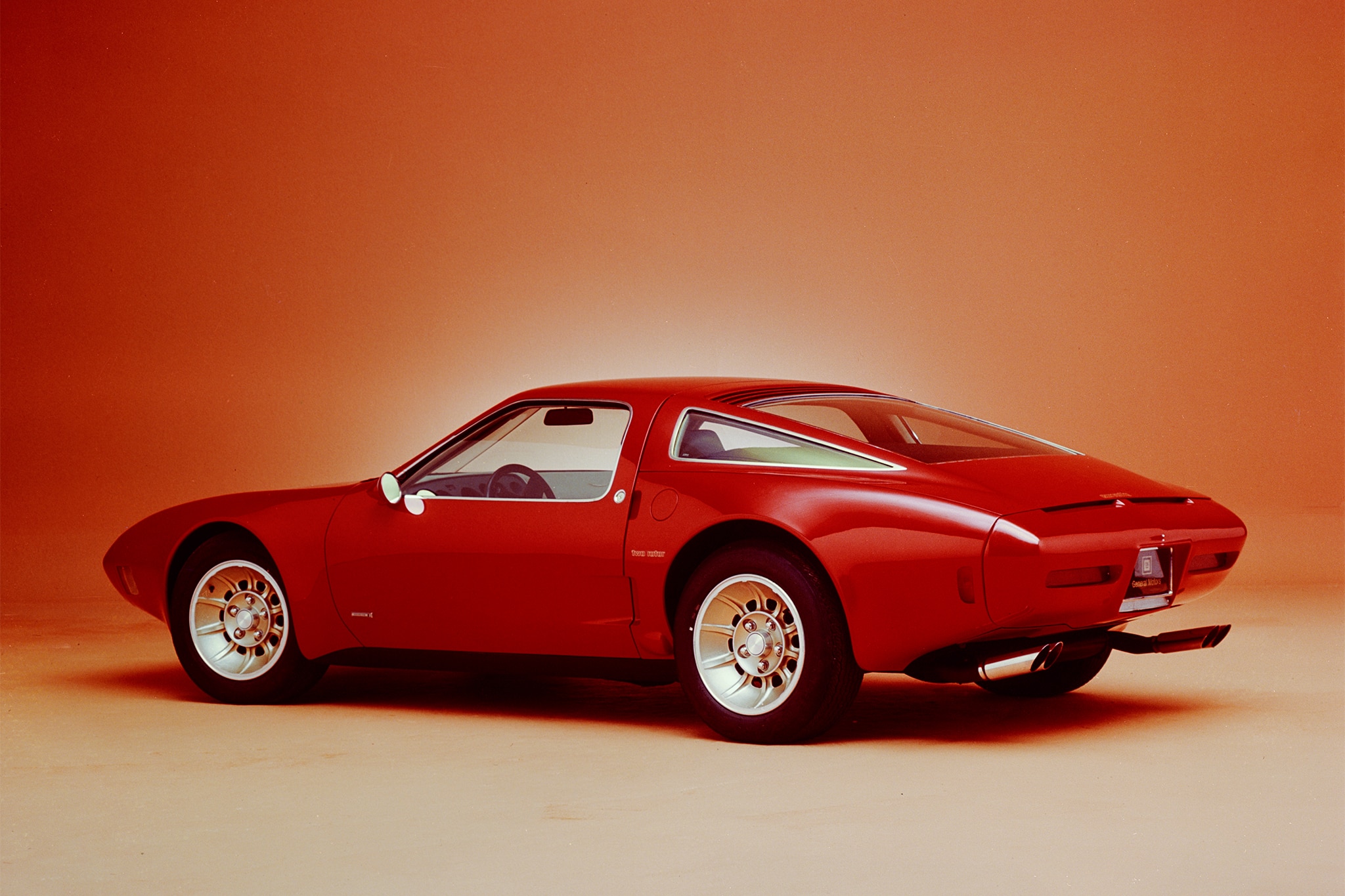 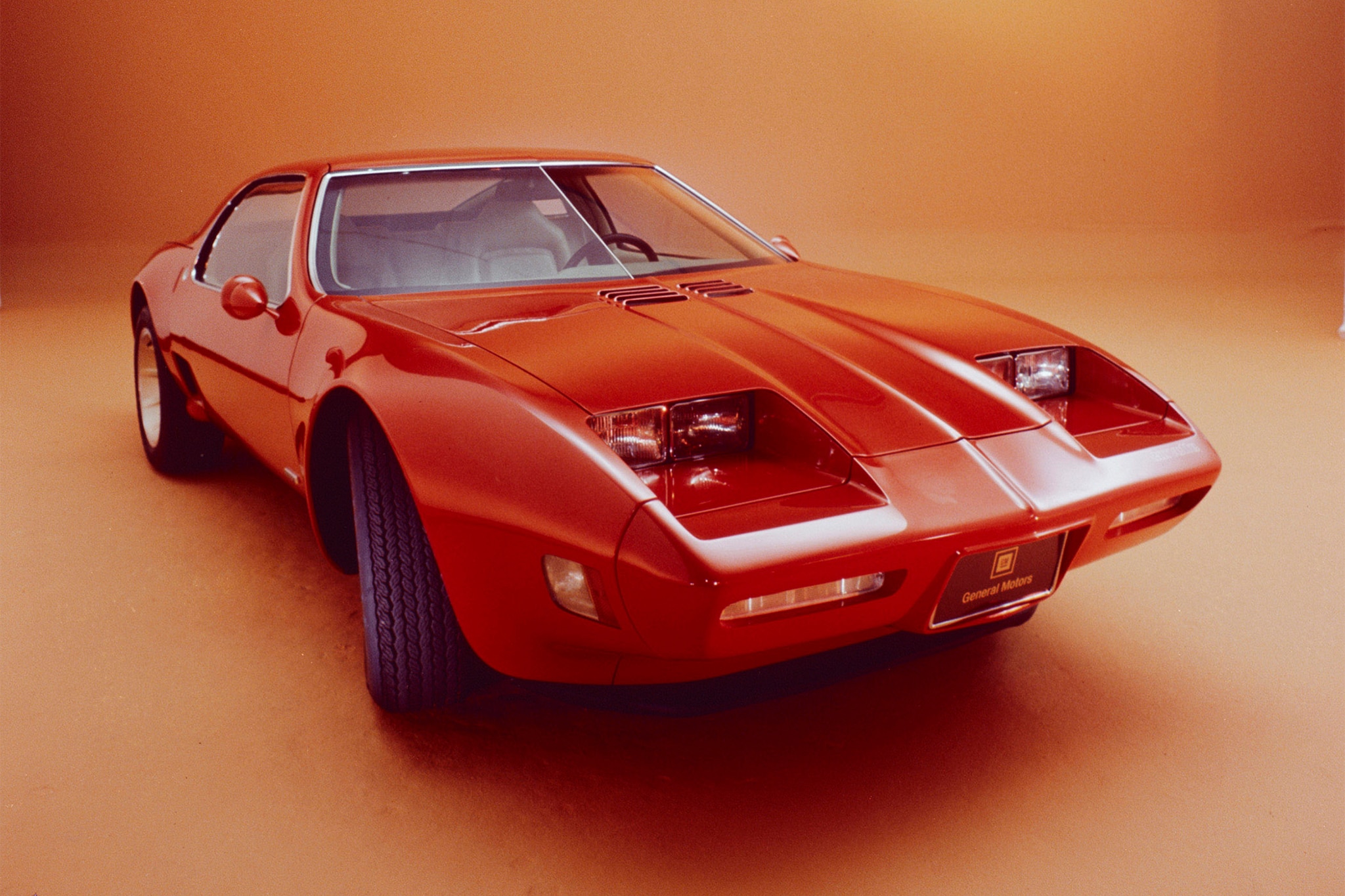 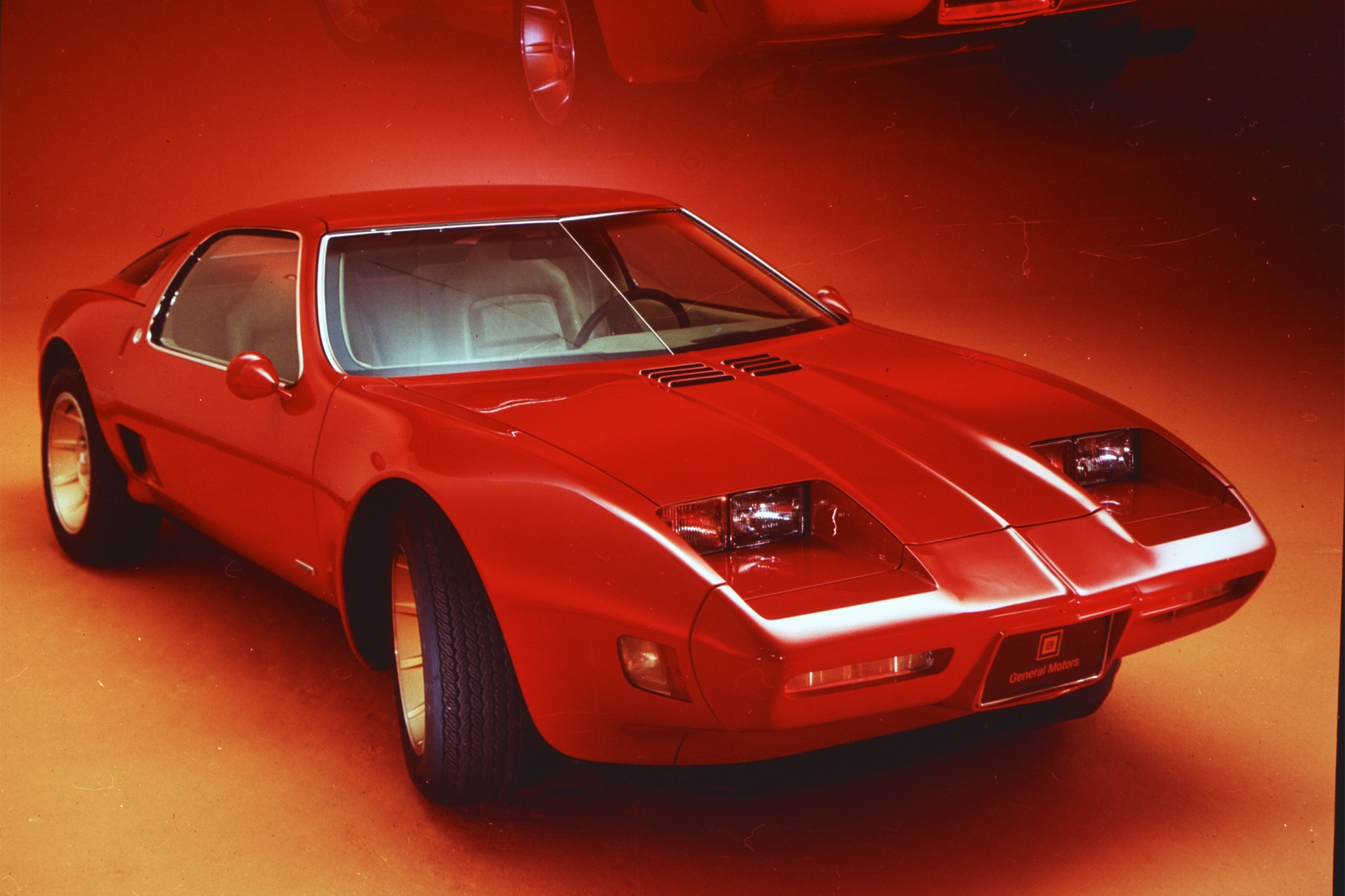 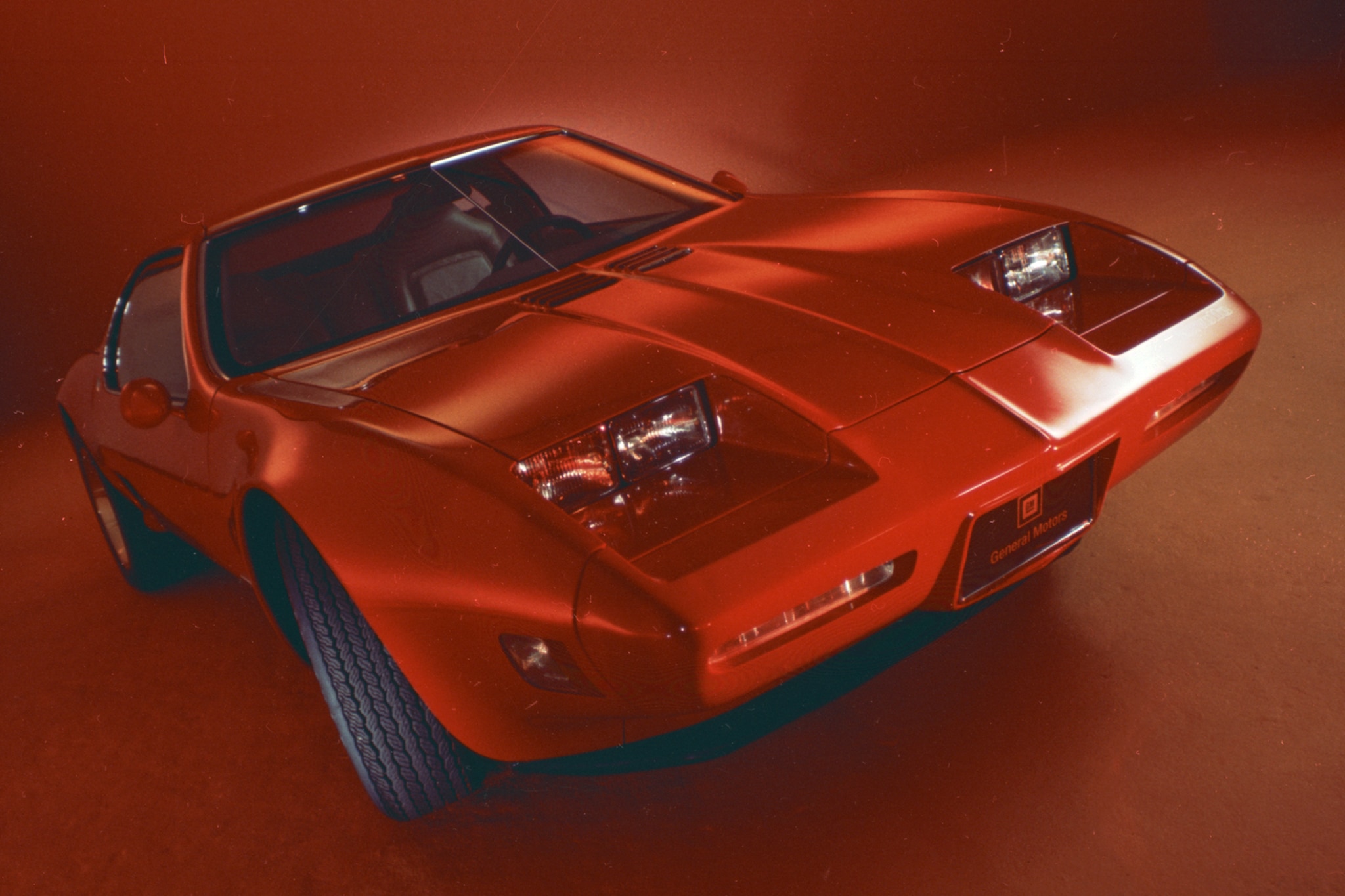 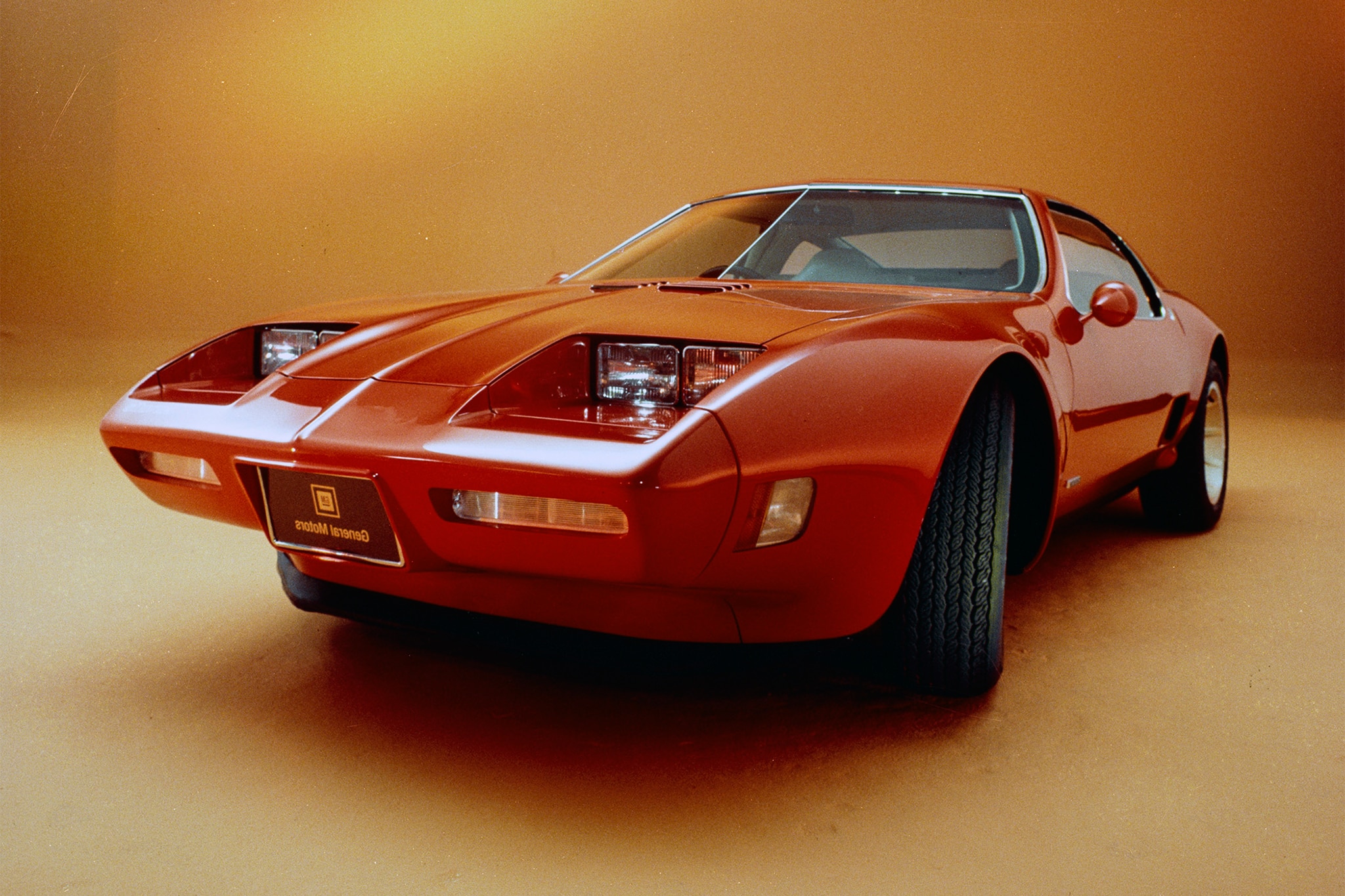 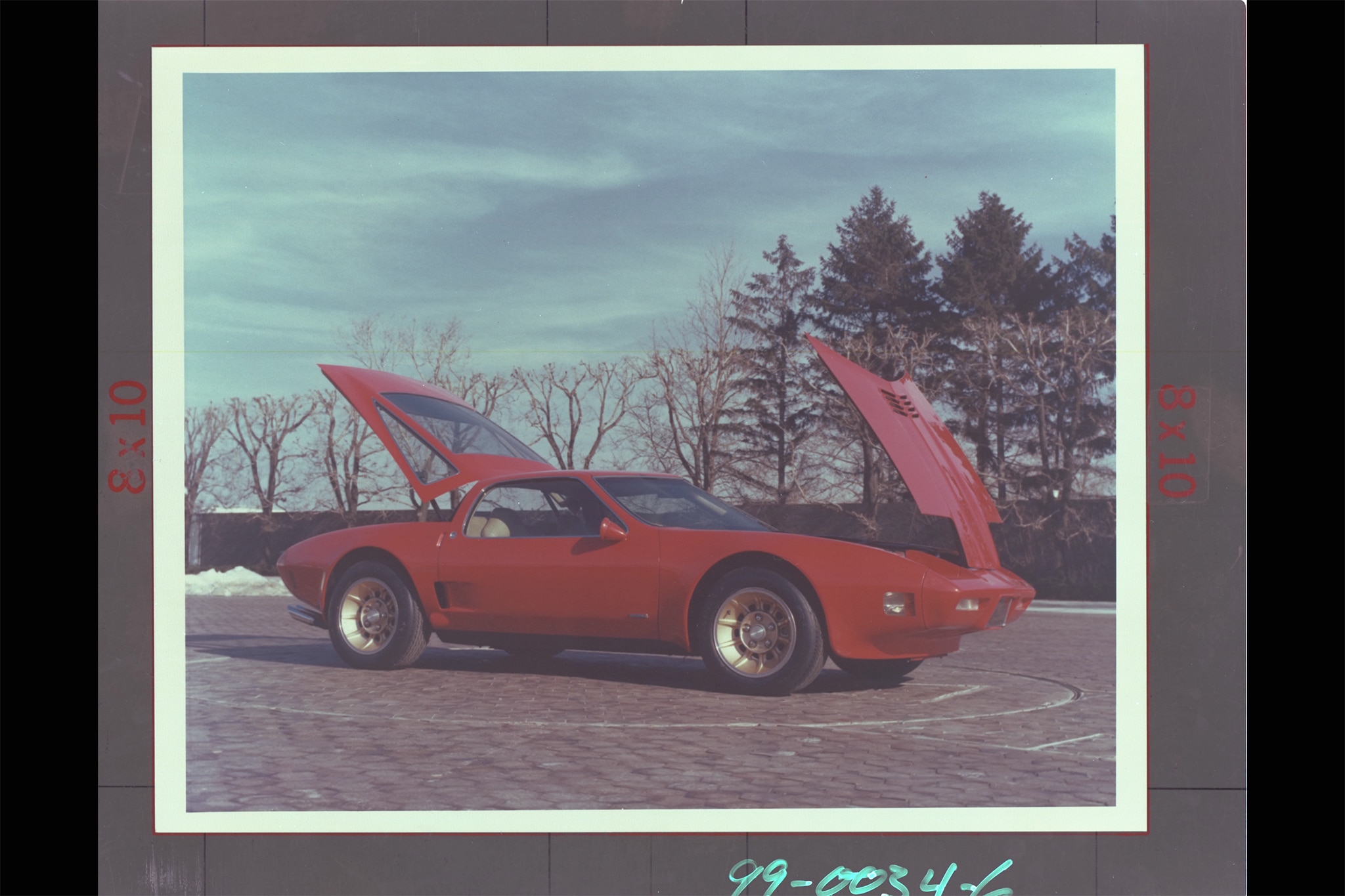 Mercedes’ Lewis Hamilton says F1 is choosing tracks for the dough, not the show
Car Reviews