Single cab, four-wheel-drive, but a production date is still unknown.

It’s been less than a month since Alpha Motor Corporation debuted its Jax electric CUV. Now, the California-based company is tossing its hat into the EV pickup truck battle. Say hello to Wolf, a compact pickup that in many ways could be the most traditional offering among the current crop of coming-soon electric trucks. And with an estimated starting price under $40,000, it could also be the most affordable.

Here’s what you need to know. At a little over 15 feet long, the Wolf is considerably smaller than the Toyota Tacoma and Nissan Frontier and compares with the previous-generation Ford Ranger. It definitely qualifies as a compact pickup, but with “intended” lithium-ion battery power in the 75 to 85 Kilowatt-hour ballpark, the Wolf can scoot to 60 mph in an estimated 6.2 seconds. It will turn either its front wheels in single-motor configuration, or wield four-wheel drive in a dual-motor setup. Its maximum range on a full charge is estimated at 275 miles. 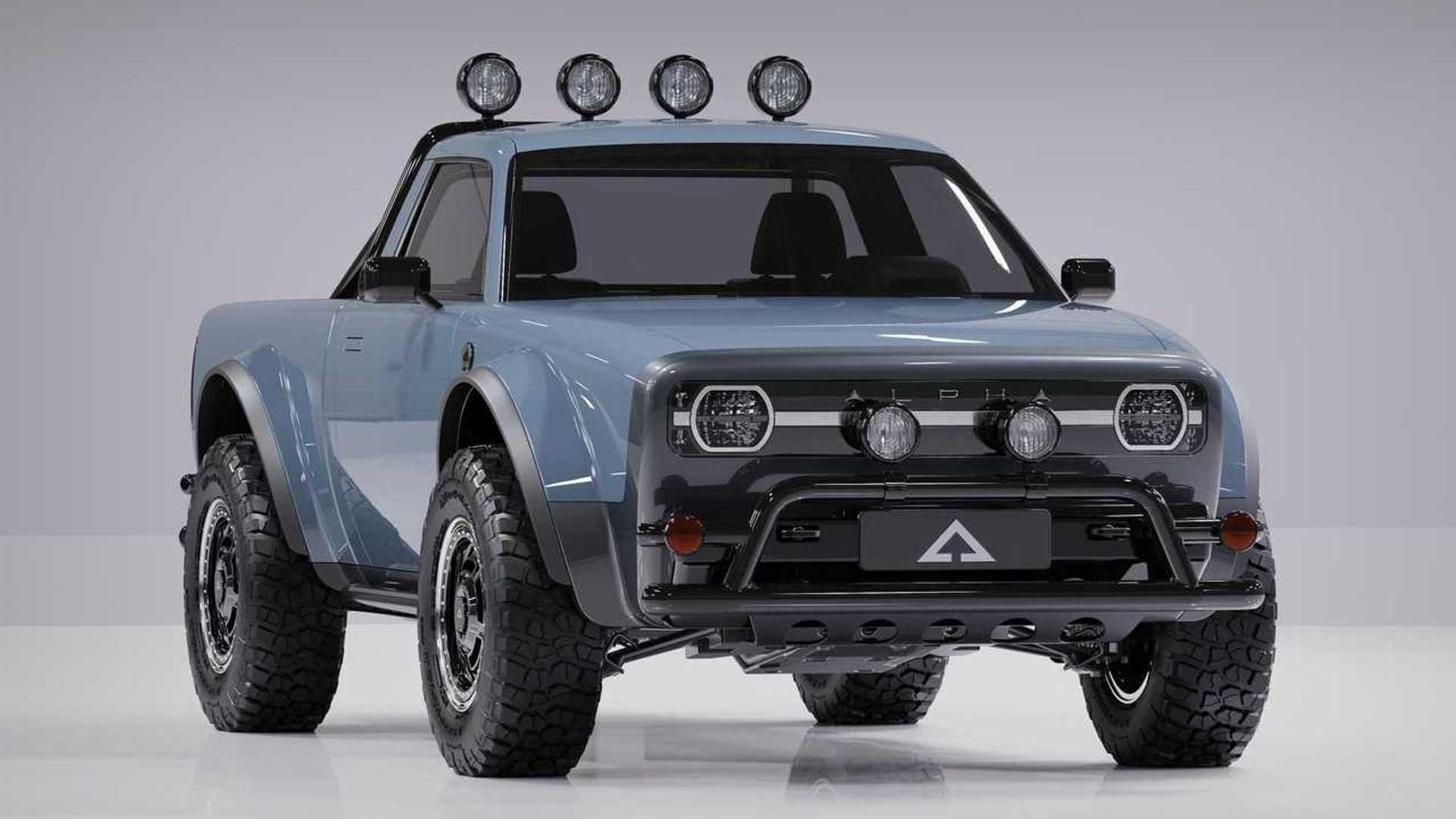 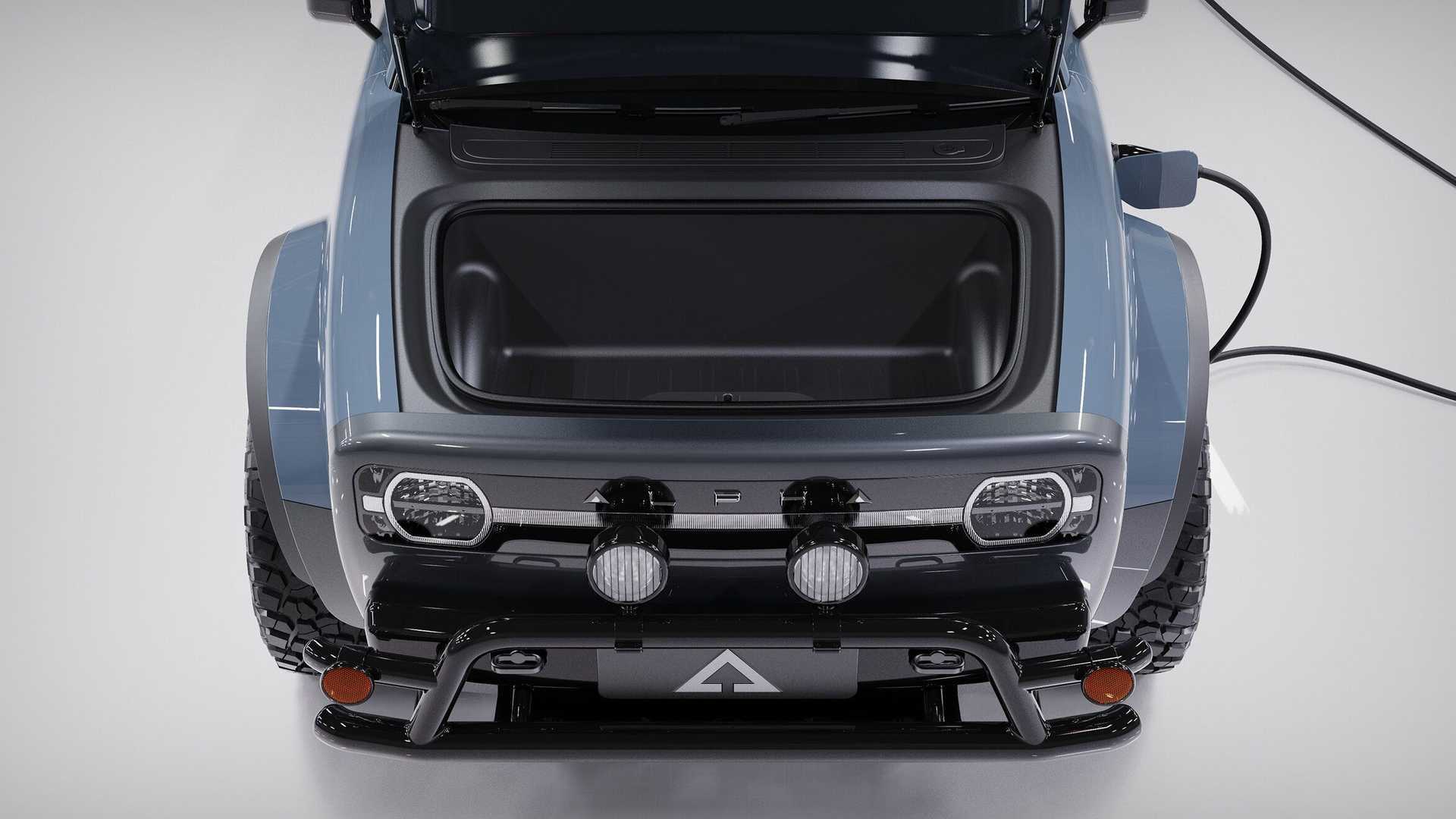 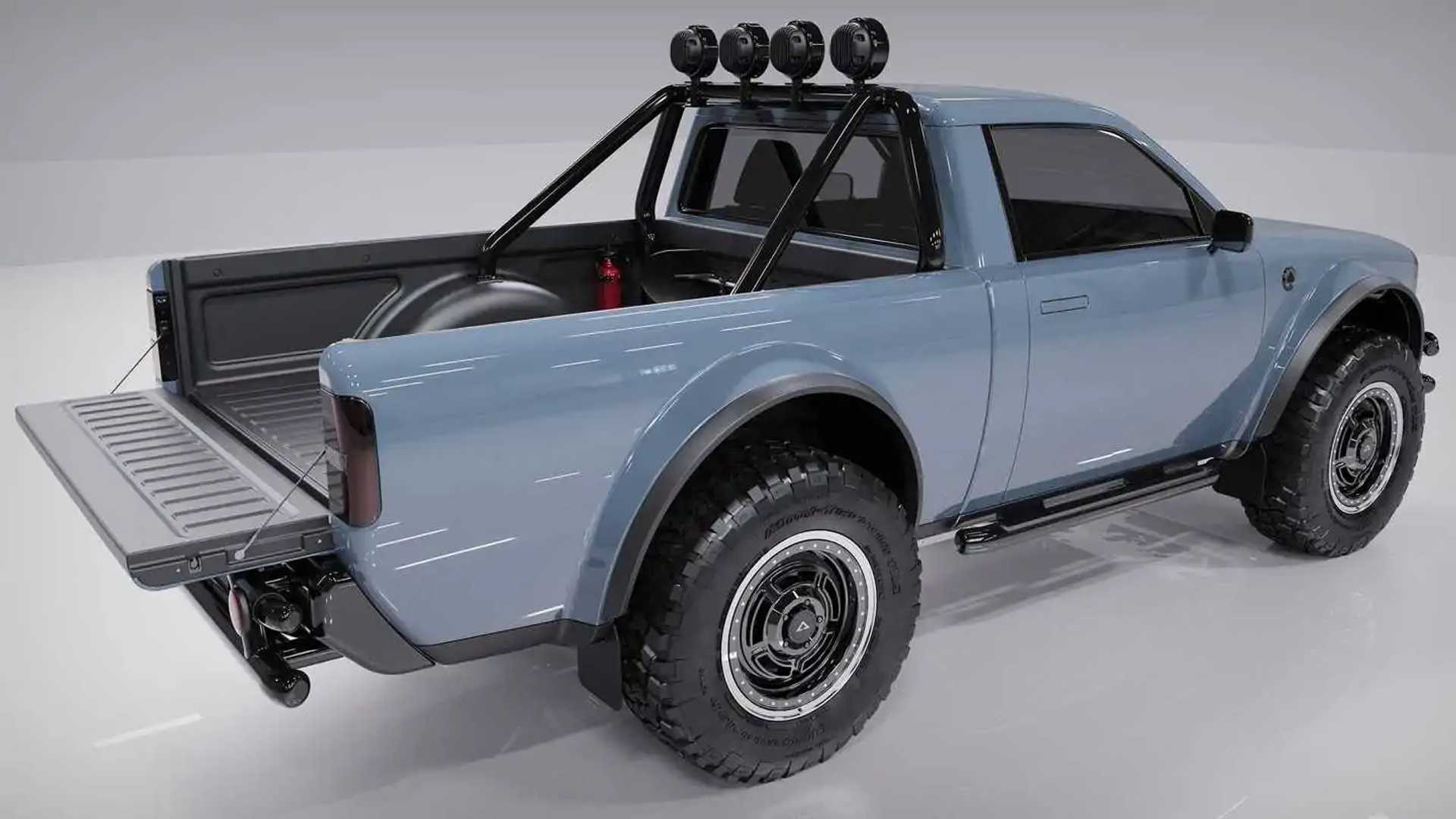 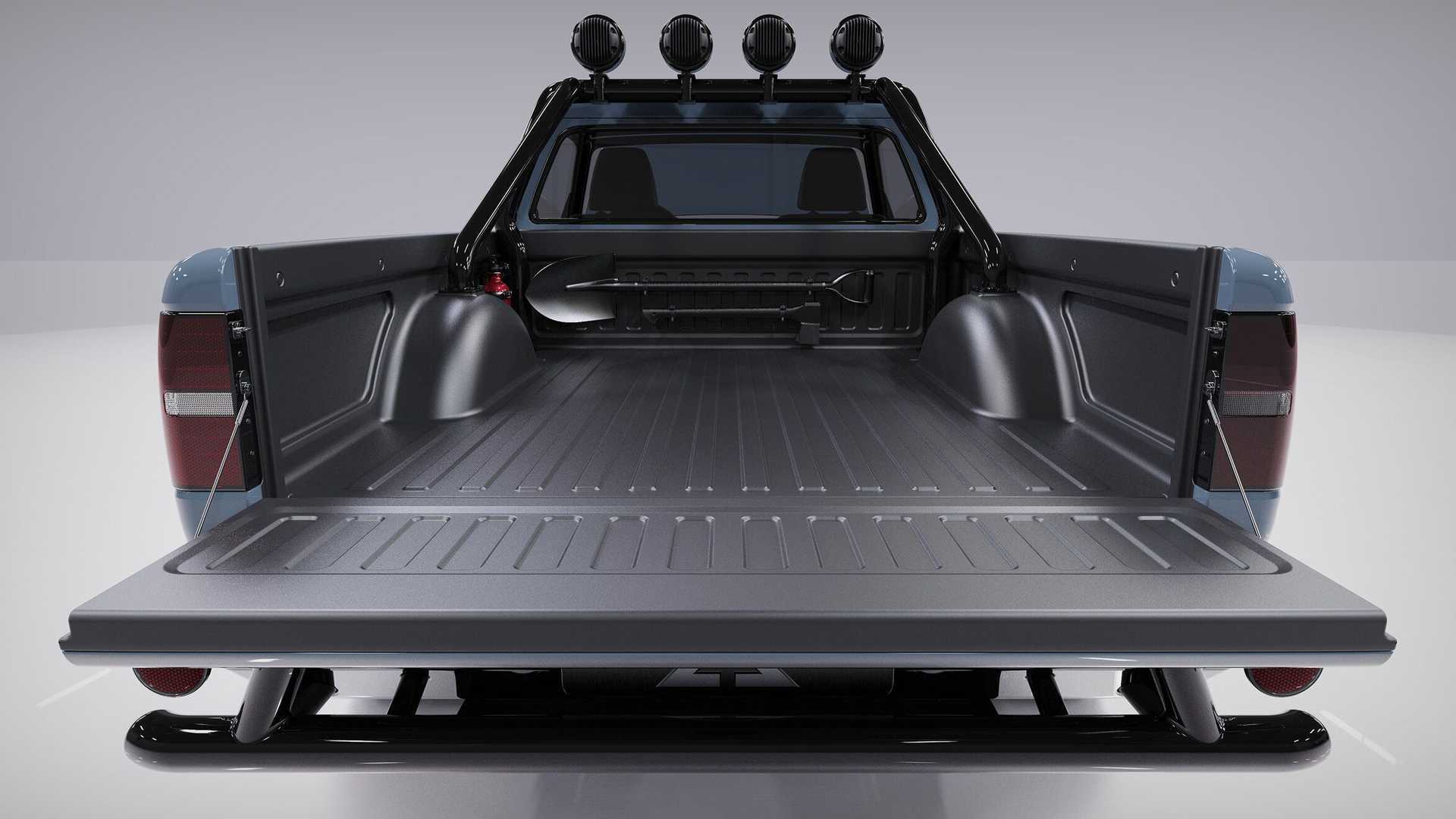 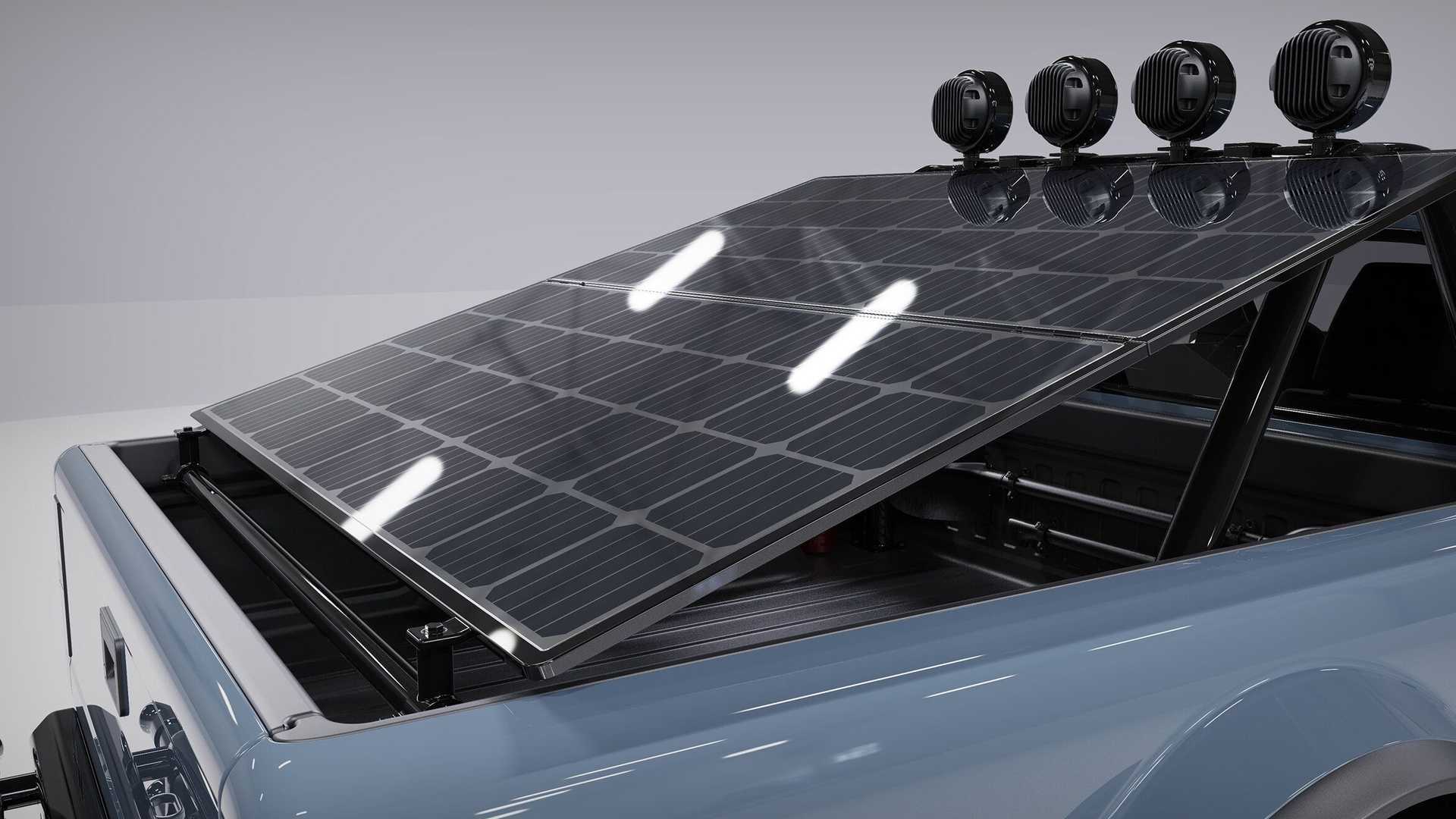 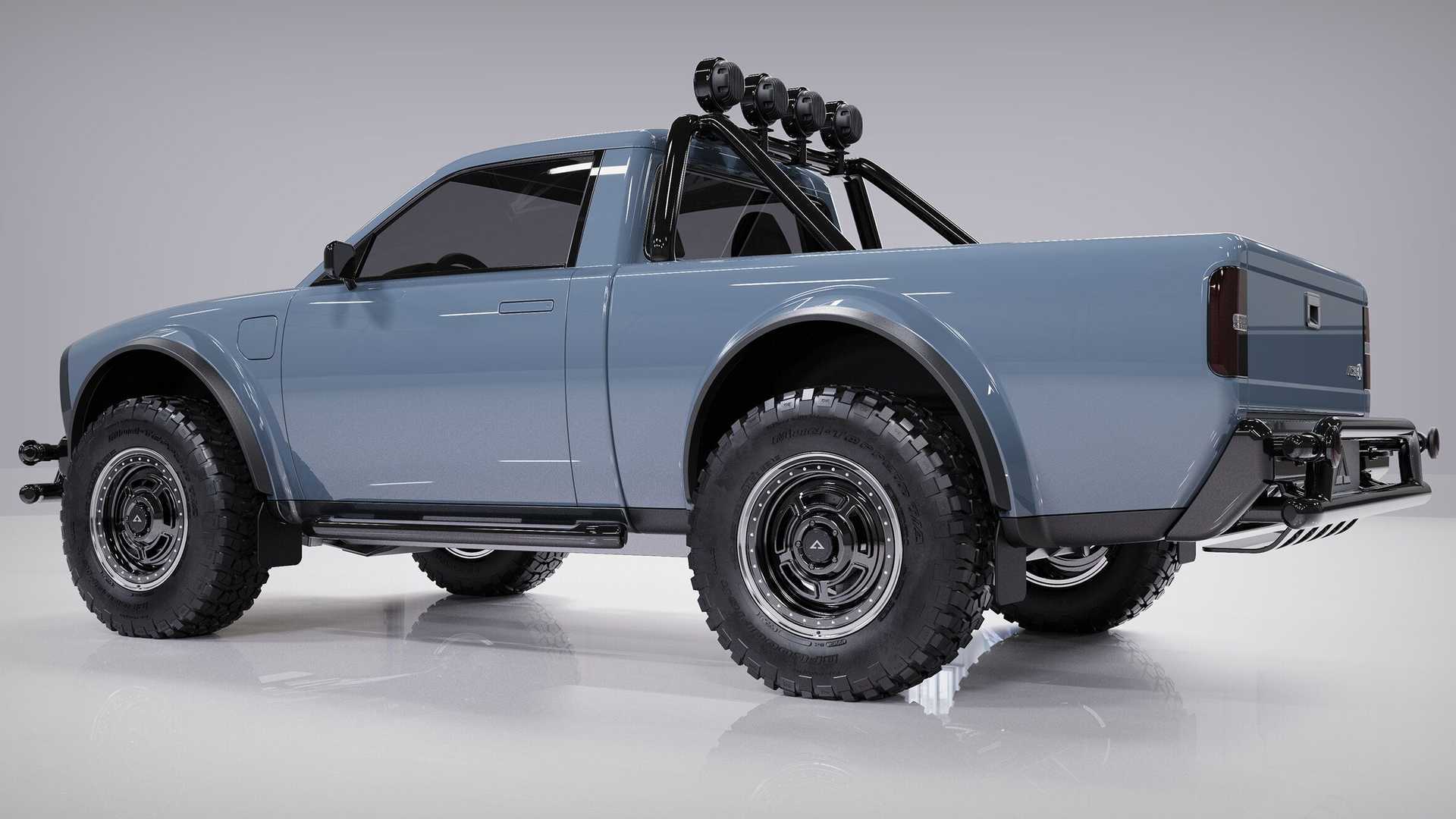 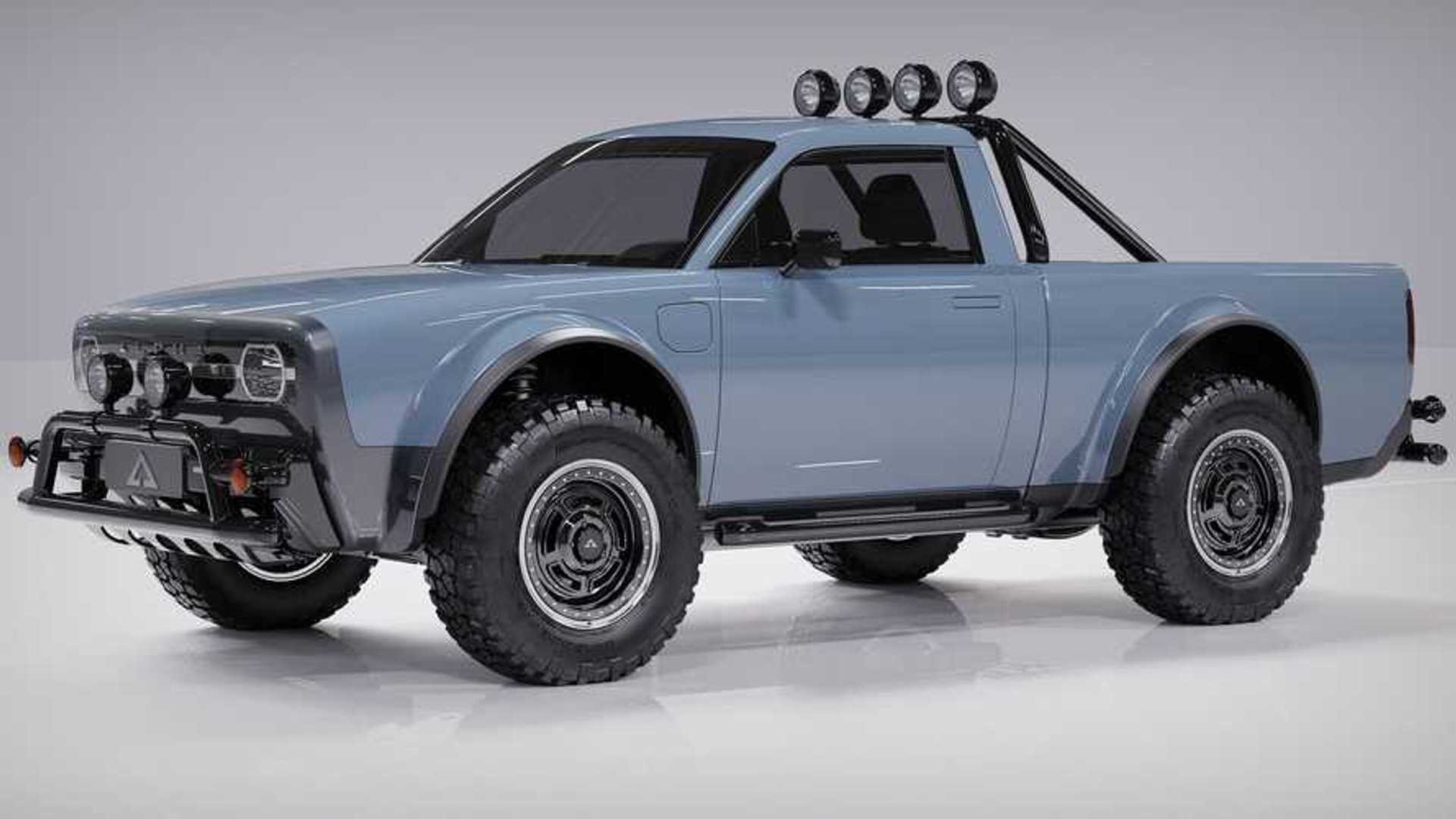 On the outside, Wolf’s styling is straight-up retro. In a world where pickup trucks have four-door cabs and massive proportions, this single-cab truck with square sides, a simple tailgate, and a classic rollbar evokes no small amount of old-school truckin’ nostalgia. This is how pickups used to be, and it could win the hearts of conservative truck shoppers who want nothing to do with wild EV designs like the Tesla Cybertruck. The Wolf’s wide stance and meaty tires don’t hurt, either.

Inside, things are anything but retro. The minimalist cabin is nearly devoid of buttons, save for a couple of toggle switches on the steering wheel and a pair of stalks on the column. A digital instrument panel for the driver and a portrait-mounted center infotainment screen are the only standouts in the greenhouse. Alpha doesn’t go into details on options or amenities, but the company does highlight the bolstered seats and multi-layered center console storage.

For that matter, details on the EV underpinnings aren’t available either. Wolf shares its modular platform with the aforementioned Jax, which also underpins the company’s small Ace EV compact coupe. The modular nature helps mitigate costs, and with regards to Wolf, Alpha says it should start at $36,000. That would undercut all forthcoming electric pickup trucks by a significant margin, though admittedly Wolf is significantly smaller than the competition.