Home » Electric Cars » Beetle-Style EV on the Way, Whether VW Wants It or Not Beetle-Style EV on the Way, Whether VW Wants It or Not

If you thought the days of Chinese automakers receiving “inspiration” from western cars were in the past, say ni hao to the Ora Ballet Cat. This… cat is slated to be shown later this month under the Ora brand, which is the whimsical and electric division of Great Wall Motors.

The Ballet Cat, among other things, appears to be a light redress of another concept we saw earlier this year in Shanghai with the name Punk Cat, which is meant for male buyers, while the Ballet Cat is meant for female buyers, with the differences between the two sedans believed to be headlights and taillights, and some different trim.

Intended to be an electric sedan offering two battery sizes spaced pretty close together—47.8 kWh and 59.1 kWh—the Ballet Cat will be shown in the metal at the Chengdu motor show at the end of this month, after which time we should get a good idea if Ora really intends to put it into production as-is. 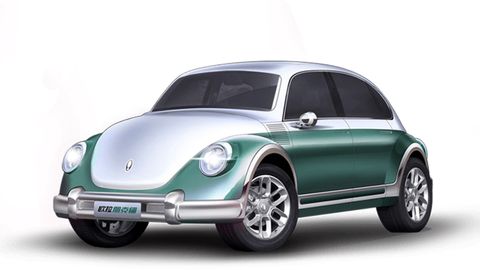 The rest of Ora’s lineup is equally whimsical but far more original, comprised of a number of funky but not necessarily retro hatchbacks, some of which look like they should worry western automakers with a presence in China.

One issue that could perhaps remain unexamined is that the VW New Beetle was available in China only for a short period of time, and was by no means as big a hit there as it was in North America. Additionally, the original Beetle was not sold in China in the post-war years, and even though some examples had obviously migrated there over the decades as privately-owned diplomatic cars, Chinese car buyers of any age group are… unlikely to have seen a classic Beetle outside of a museum or car show. So just what the aesthetic of the old or new Beetle means to buyers in China is perhaps a far more open question than it is stateside.

When it comes to the issue of design patents, the prospect of Volkswagen actually being able to obtain an injunction in a Chinese court is even less clear cut. For starters, design patents are country-specific, so nominally Volkswagen had to have patented the design of the car before it could claim infringement. That could be a problem because it may not have done so for the original Beetle but may have done so for the New Beetle. Volkswagen and other automakers would have a much easier case with a modern vehicle that they had offered in China, had its design been emulated to some degree, than a decades-old design that was never officially offered by the automaker in China. Volkswagen arrived in China only in the early 1980s, setting up production of the Santana in 1983, so whether all previous models including the original Beetle had been patented there is doubtful. 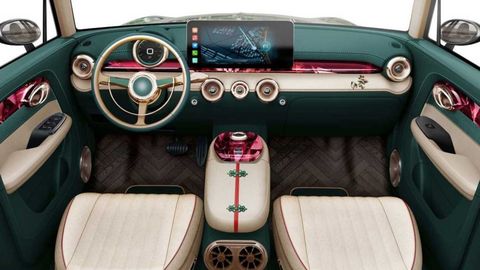 Design patent issues aside, the look of the exterior is… not bad really, if you’re not allergic to retro-styled cars to begin with. The cabin here does seem a bit tall and bulbous in proportion to the rest of the bodywork, and the side windows are perhaps too large as well, but we figure Ora had exterior footprint targets to hit to arrive at this design. We probably wouldn’t confuse it for a New Beetle from afar, were we to see one on the street, but we could see how other people might.

Should VW eventually offer an electric Beetle of its own in the states, or has the retro craze passed? Let us know in the comments below.