Rich Benoit will probably want to contact the owner or import the car altogether.

We warned that the new Tesla Unsupported Vehicle Policy would not end well. Rich Benoit, from the Rich Rebuilds YouTube channel, already shot a compelling video about the situation. He is even considering switching to a combustion-engined car to be able to travel as he wanted. The guys from the DizzyRiders.bg website may have the answer for him: a salvage Tesla Model S that has been converted to use diesel.

Yes, you read that right. The car appeared at a British used car dealer for sale, as the images in our gallery prove. If you want to weep a little more, it was a P100D that went through a flood and was written off due. Just like Delores was.

The difference is that this owner decided he would be as offensive as possible in his conversion to diesel. He chose to make his Model S a front-wheel-drive car that runs with the help of a VW EA 189 turbodiesel engine. If you did not connect the dots, that’s the Dieselgate engine. It also has the DSG gearbox and TDI badges.

“If Tesla wants to play tough, I will play tough. If it does not want me to use the supercharger network, ok, but fast charging? Do they want me to convert my car into an expensive paperweight? Do they want me to turn it into junkyard material? Well, I won’t. This baby will live on with what Tesla despises the most. I want to see them issue a new policy to prevent me from running it on diesel.”

Petar made sure he got an EA 189 that was not fixed.

“This baby emits tons of nitrogen oxide. I wish someone in California bought it and ran it up and down Kato Road. If I could, I would put it inside the offices of the people responsible for this new policy to see if these gases would put some sense into the minds of the people that made this mess.” 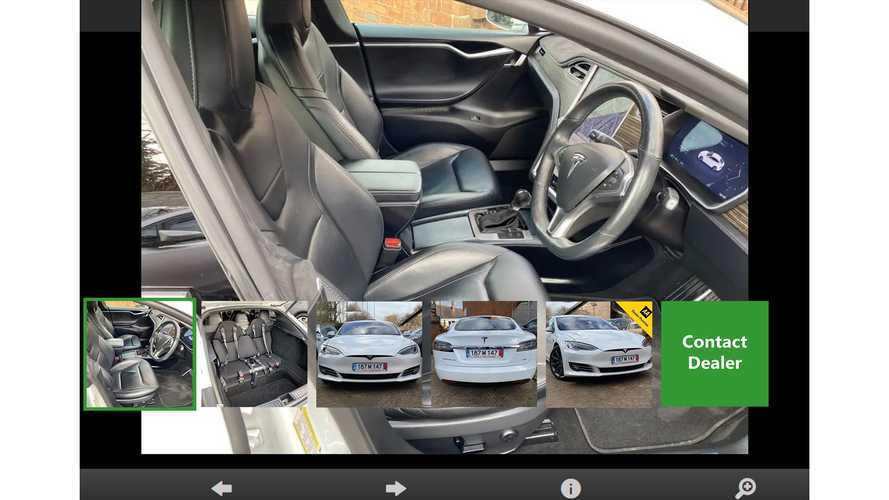 Why is the car for sale in the UK, listed for £13,900, but with Bulgarian license plates?

“It was a perfect P100D I found in the UK. Proof of that is that I drove it back to Bulgaria with free supercharging and minor repairs. If Tesla wants me not to have that anymore, I’ll give it back to where it came from.”

We asked Petar about how much the conversion cost, how he managed to have it licensed, and how it was even possible. Who are the Tesla Salvages? This was his answer.

“I would only tell about that to that Rich Rebuilds guy. If he wants a Bulgarian partner on his YouTube channel, just give him my phone number. I’m in!”

Petar asked us to disclose more info on this conversion on April 2, and it promises to be bombastic news. Check again to see how far he is willing to go with this protest.