Another day, another Tesla review. Only this time the car reviewed is the latest, European-spec Model S Plaid.

Put through its paces on the Autogefuhl YouTube channel, the 2023 Model S Plaid review starts with an exterior design overview, with the reviewer liking the wide hips of the car, the black accents around the windows, the carbon fiber spoiler, and redesigned, sportier front bumper.

He goes on to mention that if you spec the car with the optional carbon-ceramic brakes, the top speed is 200 mph (320 km/h). However, the review unit doesn’t have the uprated brakes, so the top speed should be 186 mph (300 km/h), but as you’ll see in the video, this isn’t the case.

In reality, the car only goes up to 166 mph (267 km/h). There’s no real explanation for this discrepancy, but we can assume that Tesla will release a software update in the future to remedy this, as it did with the Plaid in the United States.

Getting back to the video, Autogefuhl notes the presence of a heat pump, as well as the tilting center screen and rear screen, which can be used for streaming online content, although the review unit wasn’t fitted with the upgraded rear screen we saw at the beginning of December.

As for the lack of a physical stalk for the gear selector, it’s “somewhat irritating”, but the presence of the capacitive P-R-N-D buttons at the bottom of the center console makes up for that.

What impresses the reviewer the most seems to be the much-improved interior, with nice, soft-touch materials throughout the cabin and redesigned comfortable seats. It’s worth mentioning that the Model S was launched way back in 2012, making it a 20-year-old design, but one that has received numerous updates and improvements over time. 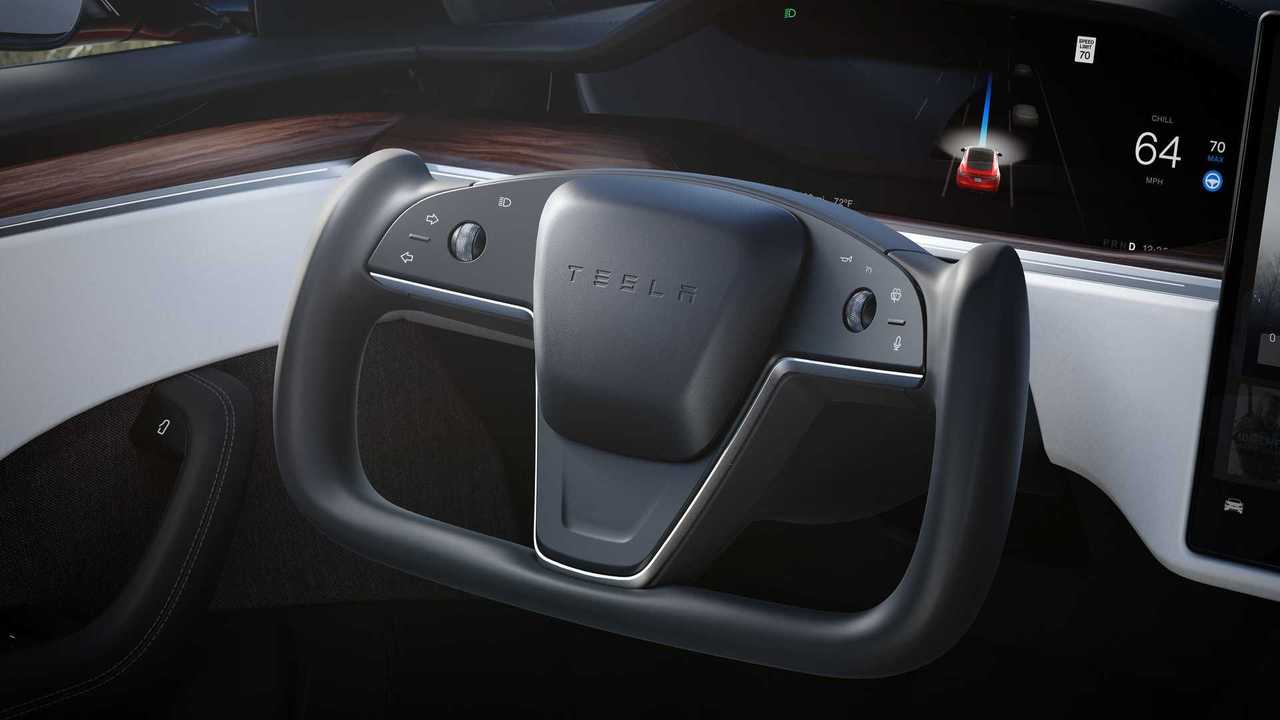 Autogefuhl notes that rear legroom isn’t great for tall people, but the reviewer appreciates the presence of the huge panoramic roof and the rear screen, which can be used for streaming.

The motorway is where the car comes into its own, with impressive acceleration and a high level of comfort, courtesy of the air suspension and active noise cancellation.

Talking about lane changes and steering feel, the reviewer goes on to say “the driving feeling is phenomenal.” He also really likes the yoke steering wheel, saying that it feels like you’re in a Formula 1 car.

Compared to its smaller siblings, the updated Tesla Model S has a much more comfortable suspension, with the Model 3’s damping being described as “too stiff.”

Summing up, the build quality of the Model S has improved dramatically over the years, the suspension is well calibrated, it’s comfortable, the steering feels sharp, and it looks nice.

Take a look at the video and let us know what your thoughts are in the comments section below.