Porsche’s latest step toward an EV future is investing what it says is a “high double-digit million amount” in a new company called Cellforce Group GmbH. The company is a new joint venture between the automaker and a company called Customcells, the plan being to make high-performance battery cells at the Weissach Development Center.

“The battery cell is the combustion chamber of the future,” said Oliver Blume, Chairman of the Executive Board at Porsche. “As a new Porsche subsidiary, the Cellforce Group will be instrumental in driving forward the research, development, production and sales of high-performance battery cells. This joint venture allows us to position ourselves at the forefront of global competition in developing the most powerful battery cell and make it the link between the unmistakable Porsche driving experience and sustainability. This is how we shape the future of the sports car.”

Porsche has as an 83.75 % stake in the new venture. Its headquarters are in Tübingen, a university town 18 miles south of Stuttgart. The town is also on the shortlist for the battery factory, which will be located close to the research and development center in Weissach and Porsche HQ in Stuttgart-Zuffenhausen. The number of employees is expected to grow from the initial workforce of 13 up to 80 by 2025. The Federal Republic of Germany and the state of Baden-Württemberg are funding the project with around 60 million euros.

“We founded Customcells with the aim of developing customer-specific battery cells for the most demanding of applications, and this is exactly what we can now realize together with Porsche,” said Torge Thönnessen, CEO of Customcells. “The goal for the planned production plant is to reach a minimum annual capacity of 100 MWh. This is equivalent to high-performance batteries for 1,000 vehicles.

“Porsche was founded as an engineering and development office in Stuttgart in 1931. To this day, you cannot purchase the technology that is at the heart of our high-performance sports cars. We develop it ourselves,” says Michael Steiner, Member of the Executive Board, Research and Development at Porsche. “That is why it is only logical for us to develop and build the key technology of the future – the battery cell – ourselves. It is just as logical that we first test this new high-tech in the most competitive of environments – motorsport. Our electric sports car Taycan also received key developments and its leading technical features from the race track, from the Le Mans-winning Porsche 919 Hybrid.” 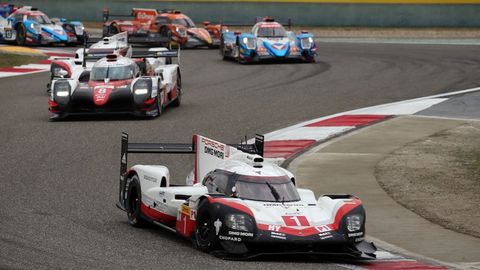 Porsche said the chemistry of the new high-performance cells relies on silicon as the anode material and that it now “seems possible to significantly boost the power density compared to current good series batteries because the battery can offer the same energy content with a smaller size.” The new chemistry also reduces the battery’s internal resistance so it absorbs more energy during energy recuperation while offering improved performance for fast charging.

“These are all qualities which are highly valued in motorsport,” Porsche said. “In addition, use on the race track does not necessarily require the battery to function in sub-zero temperatures nor remain stable for years over many charging cycles – goals which have yet to be achieved with this new cell technology.”

Porsche said BASF has been chosen as a cell development partner for the next generation of lithium-ion batteries. As a part of the collaboration, BASF is exclusively providing high-energy HEDTM NCM cathode materials for high-performance cells, for fast charging and high energy densities. At BASF’s plants making cathode materials in Harjavalta, Finland, Schwarzheide, Brandenburg, Germany, the company will be able to produce battery materials with an industry-leading low carbon footprint from 2022.

Have you bought or considered a Taycan yet? Sound off in the comments.

Hyundai Ioniq 5 Recall On The Horizon Due To Coolant Leaks?
Car Reviews